Off The Beaten Track: Myanmar “Do you know you can buy a pint of beer in Myanmar for just fifty cents?” My friend announced, slamming his pint of Tiger Beer on the table. “It’s just too expensive here [in Singapore].”

This complaint sparked my interest in Myanmar, and became the catalyst for my two-week solo journey across the Golden Land. Weekends prior to the trip were spent staring at maps and tables detailing the places I wanted to go, and calculating the total expenditure of each activity. There wasn’t much information available on the internet as Myanmar wasn’t developed for tourism yet. In-between digging for information from my friends and what I could source from Lonely Planet guidebooks, I decided I was ready. I told Dad about my plans a week before; naturally, he was worried about my safety, but it was too late to back out.

“Will there be internet access there? How are you going to update me on your whereabouts?” he interrogated me.

His fears were unfounded. As it turns out, the Yangon International Airport has free wi-fi. There was also a booth near the exit selling local SIM cards from various telcos bundled with unlimited data. As soon as I was done registering the local number, I was approached by a horde of cabbies.

“Mingalabar! Where are you going?” They chimed in unison. Although their English was heavily accented, I could understand them perfectly. After much effort, I managed to persuade a cabbie to drive me to the bus station for a reasonable price. Again, Myanmar wasn’t as backward as the travel guides made it out to be.

The sights of downtown Yangon blew me away. My cab driver drove a sleek, black Porsche and zoomed down the left lane with bustling jam-packed streets that were dotted with throngs of people dressed in longyis. They balanced baskets of fruits precariously on their heads, making their way to the shining Shwedagon Paya.

Instead of flying between cities, I decided to tough it out and take an intercity bus to my first stop—Mandalay. The seats were plush and comfortable, complete with a USB charging port, an entertainment system, as well as refreshments for the trip. Despite warnings of loud Myanmar music blaring over the speakers, no such thing happened. The most exciting thing was probably the potholes that jolted a snoring neighbour from his slumber ever so often, and before I knew it, I had reached my destination.

The hostel I chose, was owned by a Myanmarese lady who grew up in Singapore. Upon retirement, she decided to move back to Mandalay, and transformed the quaint house left behind by her mother into a backpackers’ hostel. When I expressed my thirst for thrill and adventure, she insisted I make my way to Dee Doke Waterfall, a two-hour drive east of Mandalay.

Swimming in the whitish-blue waters at Dee Doke Waterfall

Recharged by my short nap on my journey there, I was ready to take on the half an hour hike up. Although there wasn’t a clear path, the locals took pains to tie yellow ribbons around the tree trunks, signalling the way to the waterfall. I could barely contain my excitement as I heard the water crashing into the mineral-rich pools below.

The sight of the waterfall blew me away. You can hardly see it, but the water was brimming with tiny fishes like the colours of the rainbow. Despite the spectacular attraction, the surroundings were a bit lacklustre: there was a toilet constructed by the locals, as well as a shed filled with water floats fashioned from rubber tyres. My arrival at the waterfall was signalled by a hush that fell over the natives. They were huddled in a corner with their longyis wrapped around their necks, and paused their bathing to stare at me.

Tip 2: Expect stares from the locals if you dare to wear a bikini. The highlight of my trip in Myanmar was definitely the long-tail boat tour that brought me to the various factories around Inle Lake. I started out shortly after sunrise, just in time to witness the one-legged fishermen row their boats adroitly, while balancing the other on the oar. With both hands free, they tossed their cage-like fishnets into the lake to secure their catch of the day. Despite the availability of motorboats in the area, the fishermen still preferred to stick to the traditional one-legged rowing, as they believed the noise from the motor would scare away their potential hauls. Hurriedly, I snapped a photo of them, before embarking on my factory tour.

The factories around Inle Lake are owned by families, who produce local goods like paper umbrellas made from Shan paper, as well as longyis woven with lotus silk. These crafts were passed from generation to generation, ensuring unprecedented quality. I stopped by the Jumping Cat Monastery, and unlike what the name suggests, a litter of curious kittens welcomed me by mewing loudly, begging for a tummy rub. 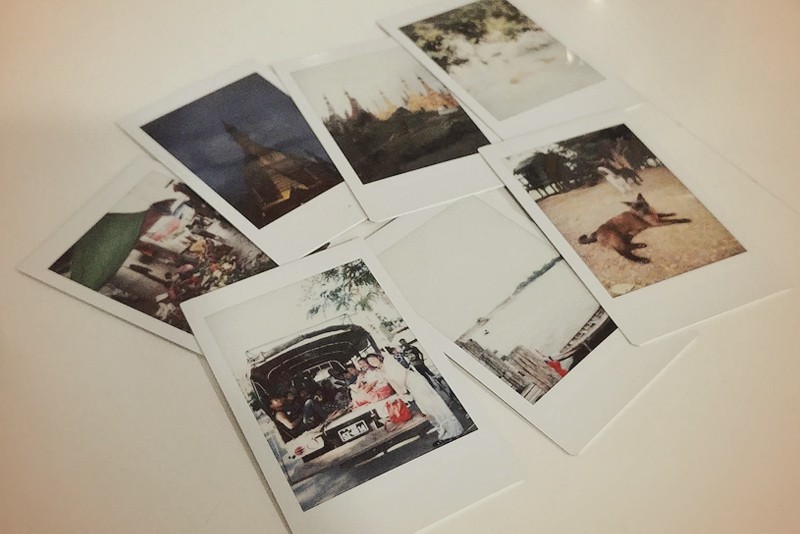 Teach English to the local villagers

I chanced upon a man named William while finding my way to the famous Five-Day Market in Nyaungshwe, north of Inle Lake. Like many Myanmarese who belonged to the older generation, William spoke fluent English. The desire to impart his knowledge to the local children inspired him to open an English school from his home. He designed lesson plans for children of different ages, and curated textbooks for them to practise.

His efforts were observed through the children’s command of the English language. All they needed was exposure to native speakers, as well as the confidence to speak. The session ended with a photo taking session before Mr William drove me to Heho Airport to catch my flight.

Tip 3: Ask the locals to teach you their language.

Hitchhike your way home on top of a lorry

The craziest experience in my two years of travelling solo happened in Bagan. The hostel I was staying at was renting out brand-new e-bikes at 8,000 KYT from sunrise to sunset. These were perfect for pagoda hunting within Bagan as they had a battery capacity of about 40 km. However, they wouldn’t last on a trip to Mt Popa, which was about 60 km away. Instead, I settled for the old, rickety bicycles going at a dollar each. The ride to Mt Popa was a hilly one with a meld of houses made of wood and steel lining the roads, to towering cacti that matched the blazing sun perfectly. Five hours into the ride, I was nowhere near my destination. After stopping for the nth time for a bottle of lukewarm water, I gave up and decided to thumb my way home. A lorry filled with locals stopped for me.

“Mingalabar! Bagan!” I half-screamed and half-begged the passengers. Although they couldn’t understand me very well, they understood my intentions. The Myanmarese proved to be friendly and helpful, and loaded my bicycle and I, on top of the lorry. I held on tight to the ropes as the scenery zoomed past, whipping my hair back. Before long, I was back in the hostel, with my bicycle, just in time for dinner.

Tip 4: If you are averse to cycling 120 km to Mt Popa and back, pay a cabbie for your return trip. Day and Night Markets in Yangon

While my friends were busy raving about night markets in other countries, I thought I had the real deal in Yangon with its abundance of day and night markets. I oogled at the many lacquerware and bejewelled slippers on sale at the boisterous Bogyoke Aung San Market, and took a trip down 29th Street, fondly known as Book Street, to grab a copy of George Orwell’s Burmese Days.

Of course, no market, day or night, is complete without food. Having worked up an appetite from all the shopping, I assuaged my hunger by feasting on the plethora of cuisines offered—and stuffed myself silly with sugar-coated paratha, Shan-style noodles, and a seafood buffet feast at Jonker Street. To complete the experience, I stopped by a massage parlour for a full-body massage where the masseuse slathered a thin layer of thanaka, a yellowish-white cosmetic paste made from ground bark, on my skin. The paste is a natural sunscreen and moisturiser used by the locals, and prized for its aesthetic qualities. I felt refreshed and rejuvenated by the massage, all for 5,000 KYT, before flying back home.

Tip 5: Bring crisp US dollar bills as back up.

Ending the trip to Myanmar on a high note in the capital city, I promised to return to the Golden Land to explore the other cities. I am sure Myanmar will continue to wow me with what it has to offer on my next trip.

Culture
An Evening with Timothy White, American Photographer
Style
5 Nifty Christmas Gifts For Any Man
Insights
The World’s First Breakthrough Technology To Eliminate the Use of Cyanide from Gold Ore Processing
High Profiles
William Klippgen
Insights
Preparing To Be Unprepared For The Minsky Moment

Off The Beaten Track: Myanmar
By Claudia Tan