An Unprecedented Change in How We View Corporate Bonds 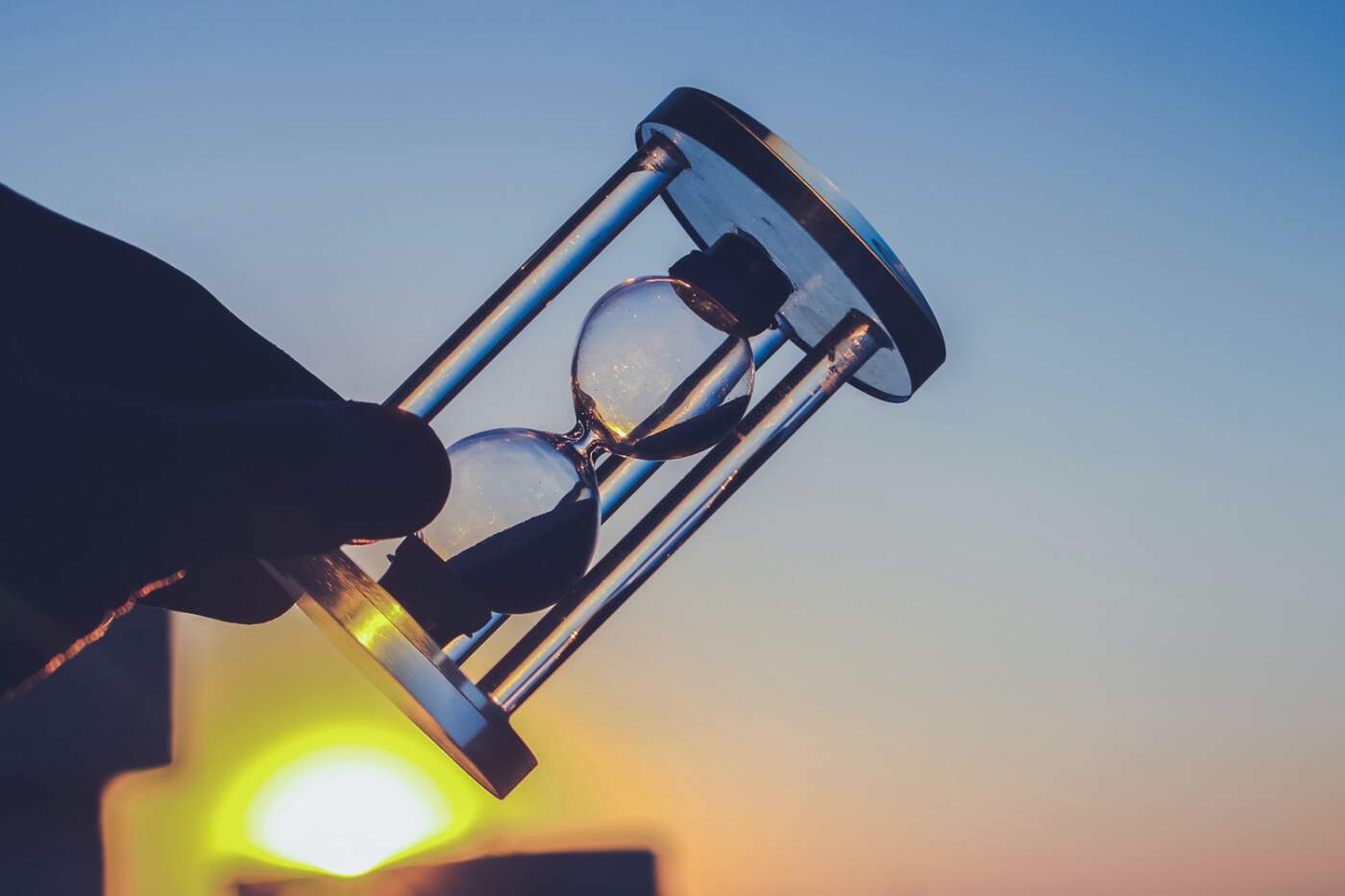 We are living in unprecedented times; naturally, that warrants the use of the word “unprecedented”—because some of us are taking the extended circuit breaker in our stride relishing dream jobs from home after 20 years of commuting during rush hour, learning to appreciate the home they slogged for years only to use it as a hotel room each night, while some folks are going batty working from home with excitable young children, having to take 2-hour conference calls from their cars in the carpark.

Bubble tea aside, what people are yearning for is to get a haircut, although friends have taken matters into their own hands with DIY jobs, courtesy of YouTube tutorials, and getting lopsided results.

The circuit breaker is taking its toll on people like cyclists, some in groups (clearly not family members), some taking over the middle lane and some holding up the bus, truck, or van as they pant their way along. Cars drift from one lane to another, with a devil-may-care attitude, because it’s the eve of Armageddon and the world will not be the same once the dust settles.

Markets could not wait to sell in May and dumped on day 1 because everyone is preoccupied with trying to cut their hair, going to the supermarket, baking, cooking, and the bubble tea pearl making frenzy that nobody is noticing that Singapore’s 1-month SIBOR has hit a 3 year low in its sharpest descent since 2008, plunging another 0.06% on Thursday to 0.622% (down 1.12% year to date). Except for outraged customers of CIMB caught off guard by the bank’s decision to raise its mortgage floor rate to prevent clients from benefiting from potentially lower SIBOR starting in Jan 2021.

Yes. Interest rates are at multi-year lows, if not historical lows, all trending towards zero or more negative than ever but it has been an ever mixed picture for the bond market, which is starting to look like it can never be the same as it was again.

The mixed picture is that government bonds have returned handsomely, some to the tune of 204% year to date, just eyeing the US Treasury index but the Global Credit index is down 3% while the Emerging Markets US dollar bond index is down 87% and so forth. We read about rich Asians feeling the pain on their fixed maturity funds that have failed to deliver the stable yields, and instead, lost 15-20% of their value as of March because those funds were simply stuffed with high yield/risk papers.

Since the unprecedented actions of the central banks around the globe after early March’s bloodbath in the bond markets, international bond issuance surged to a record US$772 billion in April after an equally strong showing in March, with issuance up 40% over this time last year even as loan defaults are topping 2009 records, 10% of CLO’s are expected to fail collateral tests and as rating agencies cut credit grades at the fastest pace in a decade.

US junk bonds rallied the most since 1998 after the Fed expanded its corporate bond-buying programme to include debt that was investment-grade as of March 22.

These central bank actions are unprecedented and will change the way we look at investing in bonds again. Matt Stoller of the Open Markets Institute commented that “several people in the credit markets who tell me there is no real credit analysis anymore, traders buy what they think the Fed will backstop, meaning the Fed is giving massive implicit subsidies anywhere Jay Powell even day-dreams about intervening.”

So powerful is the backstop that few realise the Federal Reserve has not bought a single corporate or ETF from the secondary market as of late April if anyone bothers to check their database (note the absence of the purple line).

Yet so powerful and unprecedented is their commitment that Boeing Co., which went to Washington asking for a US$60 billion bailout just in March, managed to raise US$25 billion in the largest bond deal from the debt markets on the April 30, surprisingly even Boeing themselves because the expectation was to just between 10-15 billion.

As Fundstrat put it, investors “are likely looking part COVID and realising Boeing is still Boeing.” France is quick to jump on the bandwagon as we type, declaring state support should Airbus require.

It is just as powerful as Singapore’s PM Lee who emphasised in his May Day message that “no effort will be spared to ensure that Singapore Airlines and the aviation sector will see through the current crisis,” as a promise to SIA.

And around the world, we see governments step up to bail out companies of national interest and we even read on Redd Intelligence that state-owned Garuda plans to repay a decent portion of its debt due which makes it sensible that Warren Buffet decided to exit his airline investments because even with government aid, the shareholders would tend to be the last to be rewarded.

It is unprecedented but short sellers should not be crying foul here, for a big bear market to cleanse societal inequity with the S&P 500 holding up even as half the world are up in arms right now demanding for state support down to the rent strikes and unions of front line workers prepare to demand for higher wages and work conditions.

Buying bonds will never be the same again, and we can throw those ratings out the window and stick to the plot of systemically important institutions to a country. We have seen Temasek step in for Sembcorp and Keppel last year which will not be the last time either.

Bearing in mind the commitment to a company should be just as good as what the guarantor is worth, this will change the way we look at bonds in the long run. Should we be sticking to credit ratings and the bond index? Or is there a need to change the investment paradigm?

The backstop—we saw in the past week, the companies like billionaire Richard Branson’s Virgin Atlantic Airways throwing in the towel along with Neiman Marcus and going forward, we will have more to come, for wont of a backstop guarantor because there is no Central Bank of the Atlantic or Central Bank of Private Equity?

Central banks and governments are not made equal: a Timbuktu guarantee will not work as well as a Singapore government pledge, would it?

Systemic importance: state ownership would be a good start or like in the case of Softbank, too big to fail?

We are in but the nascent stages of restarting economies and yes, there is the issue of liquidity and solvency because restaurants and gyms will be no-go zones. And life as we know it, will not be the same again if we remember the promise of the AIDS vaccine 24 years ago and it has not turned up yet. Society and the economy hitherto will be transformed perhaps into something we cannot recognise because if we told you this time last year that you would be working from home in your pajamas now, you would have been in hysterics.

Nonetheless, how do we value a company such as SIA which has implicit government support which is not the same as a government guarantee?

Frankly, we are not sure ourselves. We see mystery bond deals in Singapore such as PSA paying 1.63% for 10 years, SATS paying 2.88% for 5 years, Keppel Corp paying 2.25% for 5 years and SATS again paying 2.6% for 5 years. Then we get BBB-rated (probably to be downgraded soon) Fraser Commercial Trust paying 3.2% for 5 years and we scratch our heads because SIA, Capitaland, Mapletree and gang can still be procured at 3% levels and SIBOR is crashing.

For we must truly appreciate and relish the unprecedented days and weeks ahead, because this has never happened in our forefathers’ lifetimes as well without considering the societal, political and economic aspects of the future. What an experience of a lifetime.

Invest
Bonds
Why Are Singapore Government Bonds One of the Worst Performers in the World This Year?
Invest
Bonds
No Moral Hazard in the Singapore Bond Markets
Invest
Bonds
Singapore Corporate Bonds 2018: No Time To Be Bullish
An Unprecedented Change in How We View Corporate Bonds
By Ed Chan
© 2023 High Net Worth All rights reserved.
Privacy Policy | Terms of Service