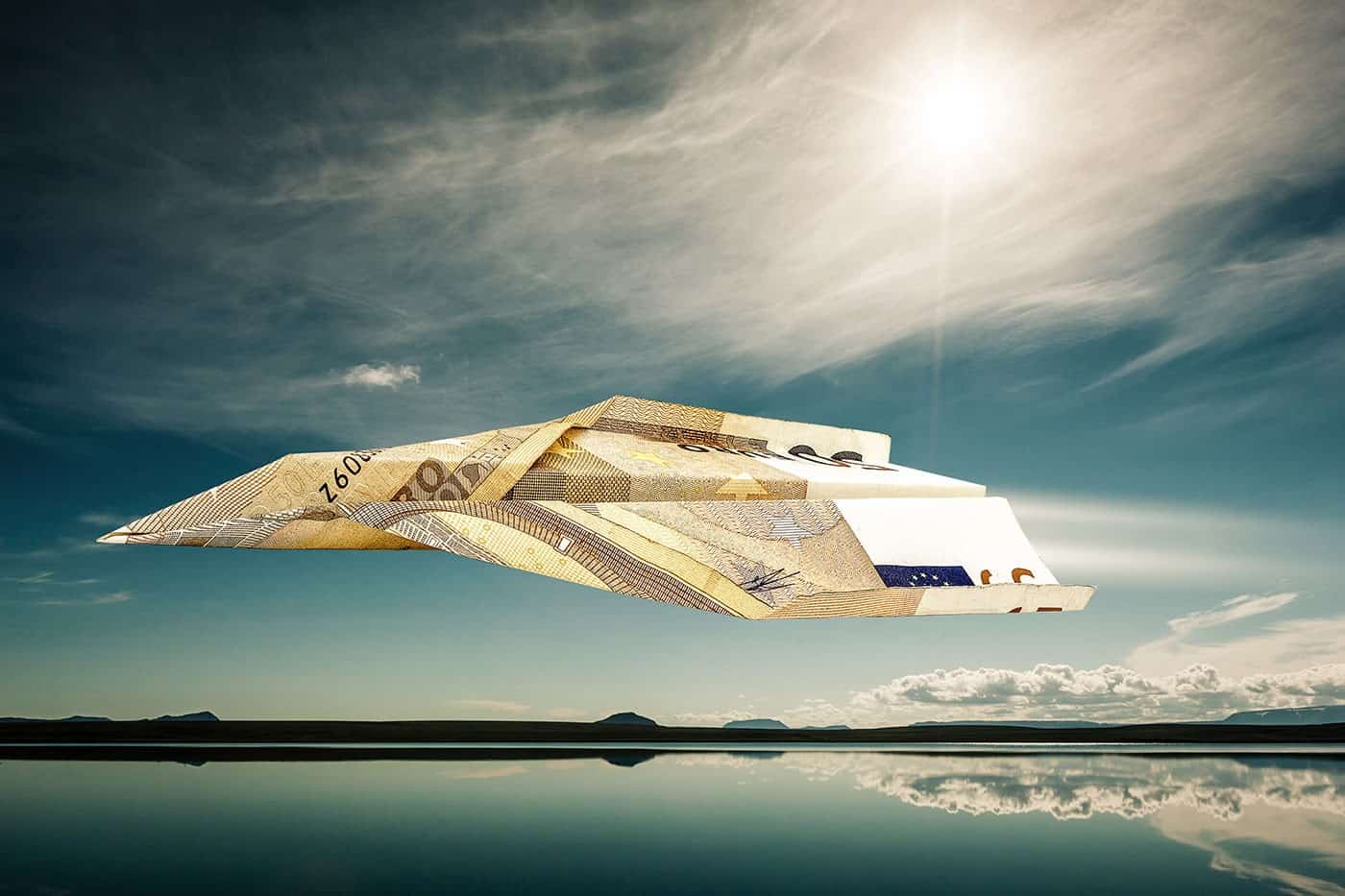 What will we do without ex-bosses? Especially the ones whom we are fond of, and I can only count 1 or 2 in my entire career. For in the ruthless grind of the financial market machinery, there is only room in most hearts for the bottom-line and those profits that count to the down payment for that next house or car. Who would even pause for a moment to remember the person they owe their skills and expertise to? The one who had plucked them out of obscurity to impart the knowledge to them that others now envy them for?

Not many a big time trader would admit they had help from someone at the beginning or who gave them their first lucky break? Except for those solemn moments at those funeral wakes that increases in frequency as years pass and from the number of wakes we come to learn that financial market folks do not typically live longer than the average person.

I had needed more help than others at the start, having flunked finance in school and justifying it with a vow never to work in the financial markets. A vow quickly forgotten when I laid eyes on that offer letter that promised, what I interpreted, as a 6-8 month holiday in London. A holiday quickly forgotten 2 years later when the new boss comes along and one has to price an amortising bond on excel – long form, as a test of one’s capabilities which was then judged to be on ground zero.

Those bosses are gems and remain gems in our lives as, 15 years later, one seeks refuge away from the bustle of the CBD in a little hedge fund office, secreted away in a shophouse within walking distance where ex-staff are welcomed to hide out during the lunch hour.

Let’s call him Boss, for he will always be our boss, not just to me but the small platoon of traders he invested a greater part of his youth on, for we have only come to realise of late that he was less than 35 when he assumed leadership of the motley crew and turned traders out of all of them. My only other great teacher passed off 3 years ago, aged 53, on her own legendary terms but that is a story for another day.

Running a credit hedge fund is not an easy job, fighting to make its own in Singapore where credit – corporate bonds is not exactly every investors cup of tea and bonds are a relatively new thing to the retail investor, most of whom only started bond investments about 5-6 years ago (post Lehman) when banks decided to market bonds in earnest after their credibilities were blown to bits with the high margin derivative products that were previously marketed. Bonds have turned out to be even higher margin these days than equities as mark ups as high as 2-3% are tolerated in the hazy and nontransparent OTC marketplace where there is no central exchange for price discovery.

Besides, nobody looks at credit or bonds only hedge funds in the glamourous world of hedge fund rock stars ruled by the David Tepper’s, Bill Ackman’s and legends like Soros. Singapore has her share of hedge fund celebrities and boasts of Asia’s top performing funds last year – Quantedge, a macro fund. Macro is the key for most of the hedge funds these days, giving fund managers the free hand to go with the flow in Asia, rather than sticking to a single strategy.

That is perhaps why Boss has a small fund, by industry standards, and not the billion dollars that those macro funds boast of. He does not market a whole lot because it is expensive for his current investors and he prefers to deal with personal recommendations.

Making The Case For Hedge Funds

The main difference between a hedge fund and a mutual fund is in the manager. Mutual funds are almost always indexed-based which means the managers are restricted to a stricter investment mandate and not allowed to stray too far off the index they are tracking. The hedge fund manager, thus, can be said to have more skill than an average portfolio manager although that may not always be the case because we have people like Bill Gross, the former bond king.

It was always a trader’s dream to be recruited by a hedge fund, the very people they battle daily in the markets whose calls I still have nightmares about after these years, going for your jugular on an off day. Of course, I never harboured those ambitions being limited on my resume, although no my expertise, on my small repertoire of products and area of specialisation.

Mutual funds win hands down as we have US$ 21.75 trillion (excluding pension funds), on the last count, invested in them globally, as hedge funds trail behind with only 553 billion as ETFs grow to US$ 2.9 trillion. Mutual funds are up 21.83% on the past year against the hedge fund industry average of just 4.9%. It looks even worse for 2015.

Over time, hedge fund returns look better. For instance, if we compare for the past 5 years, the annualised returns of hedge funds beat the ETFs but still falls short of mutual fund returns.

What is the use of all that skill, not to mention the obscene compensation packages of those fund managers, when they cannot beat the index?

It Beats Me Too!

I do not know.

Even Singapore’s pride and joy – Quantedge, the US$ 3 million in 2006 to US$ 1.05 billion fund, tumbled 16.1% in August alone after delivering 30% annualised returns since its inception.

It has been pretty quiet too for one of Singapore’s largest hedge funds, Dymon Capital running $ 4.5 billion, after it was reported in April that it had recouped some of its January Swiss franc losses to only lose 5.5% in 1Q15.

So You Think You Can Trade Bonds?

That is what your bank would like you to think but the truth is that the bond investment landscape will be harder than ever, going ahead. With most bond indices down on the year, except for sovereign bonds in the west, the “safe” asset class is not so safe after all as Singapore investors have learnt in the past months and are now acutely aware of their vulnerabilities as a retail investor at the mercy of forces outside their control.

The global bond indices above pretty much understate the losses that some investors are seeing in their portfolios.

It is even worse for the “safe” ETFs and mutual funds as tracking errors pile up in times of market panic and liquidity evaporates. New rules are now proposed by the US SEC to “enhance effective liquidity risk management by open-end funds, including mutual funds and exchange-traded funds (ETFs)” as an investor safeguard which will likely be unfriendly to the bottom-line as the cost will be passed to investors.

Yes, the Singapore government has been quick to launch their Singapore Savings Bonds for the small investor who has the S$100k to invest but that is not enough for people who have more.

How does one hedge? How does one sell in the absence or liquidity ? How does one diversify when one does not have the room for 15-25 names (recommended) in their portfolio?

And how does one find a hedge fund to manage their funds for them effectively?

The answer is that one cannot.

Hedge funds are currently only allowed to be marketed to accredited investors by a licensed professional which means banks have their personal favourite list which they show to select clients.

And unlike popular belief, the minimum investment sum is not even as large as the minimum denomination of a SGD dollar corporate bond which is S$ 250,000. Hedge fund investment quantum typically starts at S$100,000.

Most marketing is done by word of mouth although there are quite a few professional “fundraisers” charging anywhere between 1-2% fees for monies brought in and some who even claim a portion of the performance fees. Private banks do the same which means that investors will be only be shown the funds that pay up.

Separating The Sheep From The Goats

2015 will be the differentiating year for hedge funds, reeling from the effects of the Swiss move in Jan to the Chinese yuan move in August and all the equity and bond market volatility in between.

Retail investors cannot have it worse being twice or thrice removed from the heart of market action, often finding themselves behind on the latest developments and sitting on positions that could turn sour at the blink of an eye or at the release of new economic and central bank data.

Dear Boss is doing well this year, his fund has been steady for the past 5 years and has made in roads by winning 2 awards at a recent hedge fund awards which I will not name because I cannot be seen promoting them. Winning when others are losing is a good sign and we are rooting for him.

He tells me that things are likely to get worse as I shared with him my “Lehman feeling”, something which I have not felt since 2007 (before Lehman) that, thankfully, spared my bond book much damage during that tumultuous year that followed. He thinks some of those 90 ct bond levels, that are held to keep margin calls at bay, will eventually cave in to rational valuations when investors tip over and defaults finally arrive.

We have to be Sharpe Investors to balance those risks against the rewards or we better find someone to do it for us. Fortunately for me, I know of a good bond hedge fund.

Insights
Investing in the Future: Japan’s Focus on Sustainability
Love
The Art of Making Deeply Intimate Friendships as an Adult
Insights
How Humility Can Help You Win in Life

Invest
Bonds
Why Are Singapore Government Bonds One of the Worst Performers in the World This Year?
Invest
Bonds
No Moral Hazard in the Singapore Bond Markets
Invest
Bonds
Singapore Corporate Bonds 2018: No Time To Be Bullish
Know of A Good Bond Hedge Fund?
By Ed Chan
© 2023 High Net Worth All rights reserved.
Privacy Policy | Terms of Service