A Case of Sobriety in the Shrinking Bond Markets 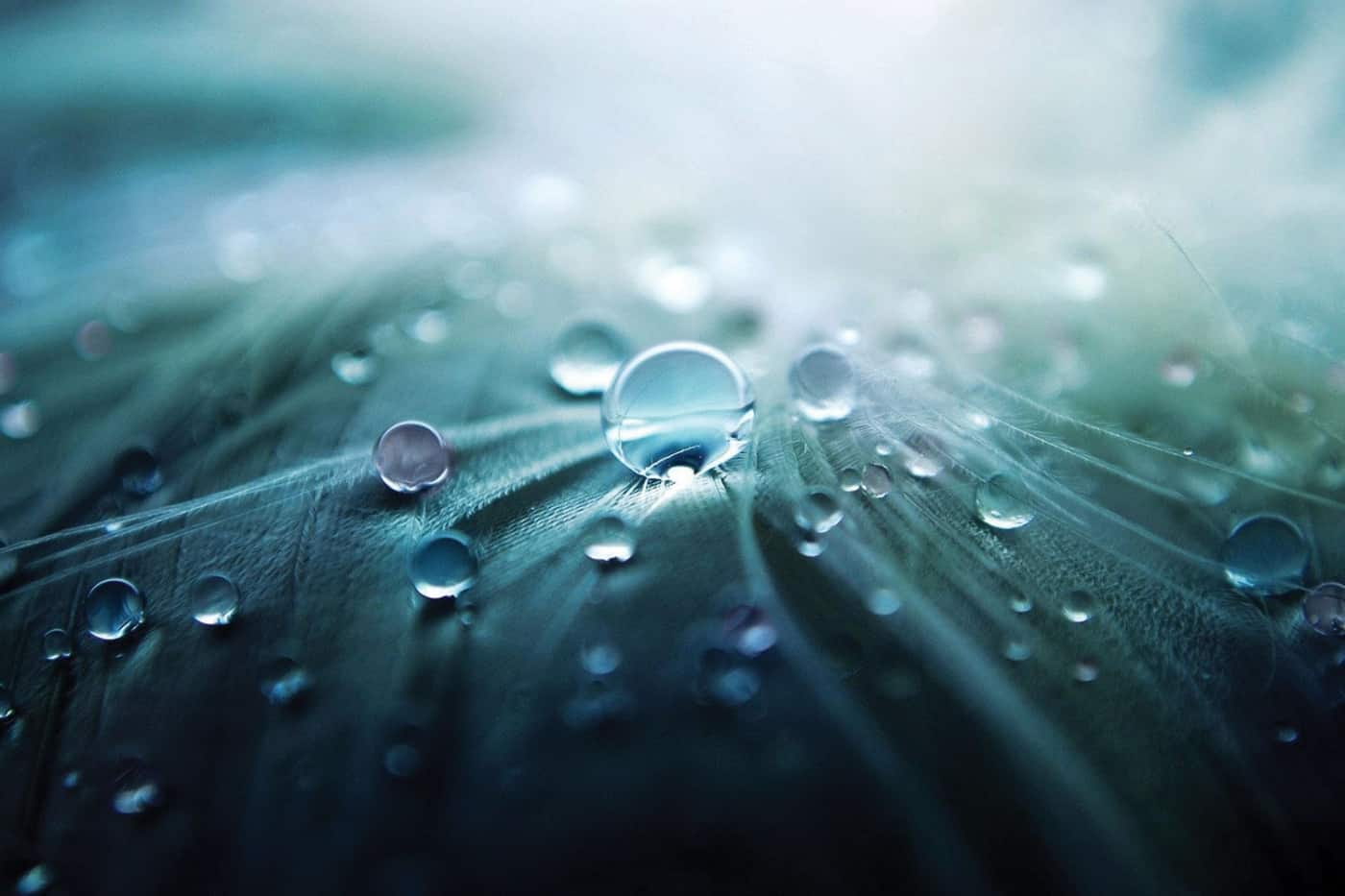 It is impossible these days to talk about financial markets without talking about politics and since it is impossible to talk about politics given the fluidity in the global balance that would require a massive paradigm change in our assumptions, which is impossible to translate all that into a sensible quantitative model to help us make decisions in any way. Therefore, we will just shut up now as we head into the Trump-Kim summit this week and the FOMC in a world robbed of Anthony Bourdain and Kate Spade, after we lost Avicii, with the FIFA World Cup’s kick-off to prevent markets from feeling suicidal.

There is nothing more than we can say but to possibly value-add with our 2 cents worth on the state of the bond markets which has substantially cheapened in the past months as SGD dollar bond issuance lags some 38% from last year for the incredible shrinking market scenario that we had envisaged early this year.

After peak default year 2017 (9 defaults), Singapore bond markets is seeing its first potential retail bond default after the global financial crisis in household favourite, Hyflux (Noble Group excepted as a Singapore default case as their bonds are in USD).

After 2017’s peak in perpetual bond issued (15 perpetual issues, only 1 rated) at the lowest coupons in history (6 perpetual bonds paying less than 4%), none are yielding in that ranges anymore and only 2 perpetuals are trading above 100 at the last count.

Singapore Savings Bonds were oversubscribed in May and June for the first time since their launch in 2015, with both months seeing >S$500 mio in applications for S$200 mio in bonds.

“It Is Too Good To Be True” Prices

We have been told that bank dealers cannot believe some of the prices they are seeing out there these days because the offers are just so low, and of course, they are not investing on their own behalf which makes them less squeamish if they were to turn around and ask anyone for a bid!

Yes, the bids are no longer there which was one of the main risks we had highlighted earlier this year when we wrote our 2018 outlook, Not Time To Be Bullish on Singapore Corporate Bonds and again in March when we posted, The Unpleasant and Troublesome Liquidity Problem in the Singapore Bond Market.

That the bids are not there in a time when people feel like selling is a good thing, because prices would not be affected if there are no trades done?

Qualifier 1: The Illusion of Liquidity

We cannot sow seeds of doubt or pessimism about Singapore because we are lucky that we will not have a SGD corporate bond ETF till much later this year, according to sources. In the meantime, bond ETFs are sprouting as the number of ETF’s in the world now outnumber securities. For instance, WisdomTree launched the first high-risk CoCo bond ETF in late May and China AMC launched the Hong Kong’s first China Treasury and Policy Bank Bonds ETF this week.

It is a global problem as Gavekal Research pointed out last month.

There is an assumption of liquidity in global markets that should be the illusion of liquidity that John Mauldin wrote about last month when he talked about the ETFs in high yield bonds (US$ 2 trillion) that really cannot be absorbed by the markets if there is a rush to sell.

That is why we are finding evidence that smart money is bailing from the Dow Jones Index as market complacency surges and world’s largest hedge fund, Bridgewater, is bearish on almost all financial assets.

With no intention of ringing any alarm bells yet as the Nasdaq hit a new record high this week, we also note that the Short Term (0-5 year) High Yield ETF, SHYG US, saw its largest outflow (around 25%) on record at the same time even as its cash price closed higher on the week!

No one is a mood to talk about credit markets and credit spreads after the rout in Deutsche bank which caused European banks’ credit to deteriorate. Deutsche Bank’s subordinated credit default swap levels are attempting to break its post-crisis highs again and Argentina got bailed out on Friday with the biggest ever loan in IMF history, just less than a year after issuing their 100-year bond when times were better in 2017.

Thankfully the ARGENT 7.125 06/2117 bond price recovered some 5% off its lows as a result, as our hearts go out to those who bought the paper between Sept last year till April this year.

Singapore investors could probably take a page from the lessons of the Japanese investors who bought the most Italian sovereign debt in April, at the lowest yields for 2018, right before the crash that followed that would have lost them over 10% if they had bought the 10-year bond.

More warning signs as the US’s corporate debt to GDP hits a new high as credit ratings fall, Moody’s coming out to warn of a “particularly large” wave of junk bond defaults ahead, the US’s rapidly widening budget deficit that will double in 10 years as their national debt crosses US$ 21 trillion which is the biggest risk, according to the out-going CEO of Starbucks, Howard Schultz.

It should be qualified that the current default levels are still at their lows since the crisis, even as some of the world’s biggest distressed debt investors, Oaktree Capital, are patiently waiting on the sides.

Nonetheless, Goldman Sachs is also pressing the alarm button of an unusual phenomenon that corporate credit has significantly underperformed their corresponding equity this round.

The blame ranges from the FED and the other central bank culprits who are finally turning off the cash spigot after nearly a decade to the nasty Dodd Frank which has stripped banks of risk taking behaviour and lost a valuable channel for market liquidity.

Who needs Donald Trump to wear us down?

Or is the market worn out and worn down to complacency?

2018 has got off to a cautious start if 2016 and 2017, along with Hyflux this year, have taught us anything about defaults. It is a worn out feeling indeed.

The good news is that, despite the rise in interest rates, nothing issued in 2017 or 2018 are in distress with indicated prices not lower than 90 cents to the dollar, if we make the bold assumption of liquid markets.

Let’s take a look at the 2018 issues that were mostly priced earlier in the year when interest rates were lower and we have nothing that lost more than 5% it seems.

Even the perpetual bonds issued in the past 2 years do not look that worse for wear now, 9 months after we wrote Singapore Bond Market: I-Can-Afford-The-Default-Syndrome, noting the incredible achievements of perpetual issuers last year to manage squeezing record low coupons from investors as recently as last November.

We cannot say that Singaporeans’ interest in bonds has waned because of the massive stats in the Singapore Savings Bonds in the past 2 months with over a 1 billion dollars worth subscribed which suggests a market awakening of sorts.

It could suggest some risk aversion granted that the savings bonds do not bear capital gains or losses. Yet it also suggests that there is greater public interest in fixed income instruments at smaller bite sizes.

This comes as the market prepares for its first high grade retail PE-backed bonds issued by Temasek (not guaranteed), Astrea IV which has been advertised to “supplement retirement incomes”.

PE-backed bonds are something not many people would be able to value on a spreadsheet which suggests that the authorities feel safe with the level of public awareness.

Perhaps it could be time to open up the rest of the bond market to the public to broaden the market depth, in a new avenue for liquidity, if we allow high grade (rated) issues to be traded in smaller chunks over the stock exchange publicly instead of the non-transparent banker market where certain trust has been lost between clients and bankers after all those defaults.

We would take that over the idea of the ETF which has to overcome the larger liquidity problems in its various holdings in the face of a shrinking market (-37.9%).

As we said at the start of this year, 2018 is not the time to be bullish on Singapore corporate bonds, and we still think, for all the reasons listed in our qualifiers above, that it is not time to be bargain hunting even if prices are off 100 (which makes it cheap for some investors’ benchmarks) and even if the great Singapore sale starts in June.

Goodbye, Anthony Bourdain, Kate Spade and Avicii, we are still alive to watch that World Cup.

Insights
Would You Sacrifice Quality for Virality?
Style
5 Architectural Marvels That Serve the People
Bonds
Singapore Bonds and Rates: 2018 Recap and What to Expect in 2019
Travel
The Pursuit of Timeless Balinese Beauty
Trendsetters
Thaddeus Yeo

Invest
Bonds
Why Are Singapore Government Bonds One of the Worst Performers in the World This Year?
Invest
Bonds
No Moral Hazard in the Singapore Bond Markets
Invest
Bonds
Singapore Corporate Bonds 2018: No Time To Be Bullish
A Case of Sobriety in the Shrinking Bond Markets
By Ed Chan
© 2023 High Net Worth All rights reserved.
Privacy Policy | Terms of Service