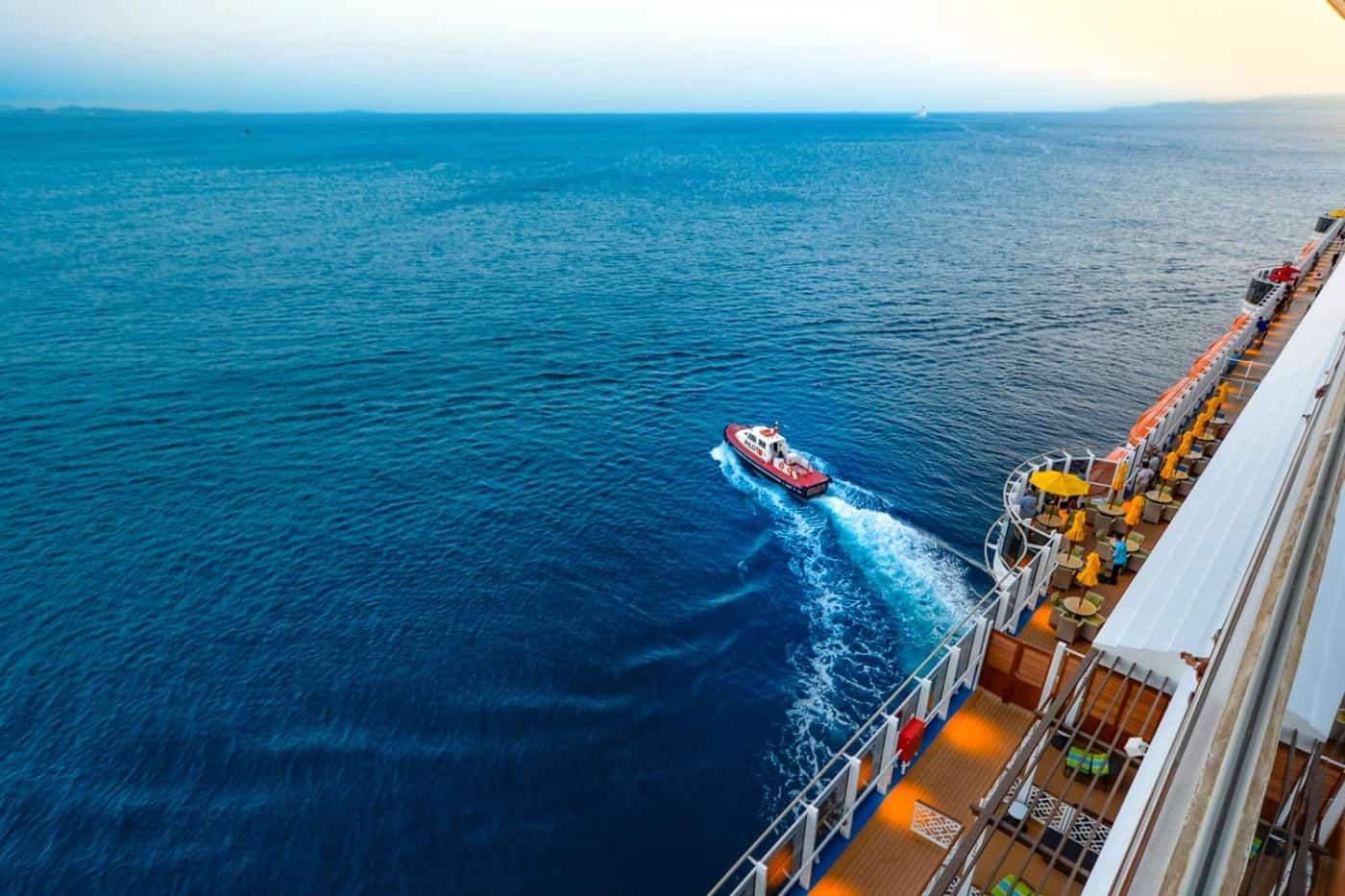 – Only 4 Companies in SGD Shipping Space Spared of Restructuring

– In February, DBS CEO Signals Bank May Be Past Worst of Energy Loan Problems

– “You can walk out of here, you won’t get a single cent back”

– Ezion will be competitively disadvantaged if they do not restructure

– “Grace and peace of God be with you all”

Chance would have it that we would wander about and land up at a cafe called “Simplicite” on East Coast Road that serves some fantastic gelato from their kitchen, hidden from sight in the morning, that had been carefully hand-crafted from scratch by the owners using fresh fruit. It makes one wonder why they do not get extra brownie points by Makansutra for their efforts at their lemon-rose concoction, just as we all wonder if good trades are just as hard to find or figure out these days, if not by chance? For few Singaporeans would know of that secret gelato shop with their hand-mashed and pulped fresh Korean strawberries and choice mangoes.

The markets would appear to have hit peak paralysis when not a single person we meet these days are able to sensibly verbalise an account for what is happening. Senior fund managers are openly admitting they have no idea what to expect even if they know equities are quite overvalued, a correction is inevitable but they will be maintaining a neutral stance in their portfolios regardless. Still feeling “Numb” like we did when we wrote about Linkin Park 3 weeks ago and the “numb” market place?

It plainly means that nobody is thinking of selling anything yet because there is nothing worth buying just as good gelato is hidden from our sights on a breezy morning.

It was crushing news for us early Friday morning that Ezion had appointed RSM Singapore as financial adviser for a planned restructuring of its USD 1.48 bio in debt, including 6 tranches of SGD bonds.

All hope was lost with “official” media verification on Saturday in the Business Times.

The news of the restructuring plans took the market squarely on the jaw because Ezion has always been the stalwart of the Singapore O&G space, with clear backing by Singapore’s largest bank, DBS, which backed them up 2 years ago in 2015 with a “committed funding backed facility” for their last bond issue, giving them some street cred with the market – that the company would weather the storm that did indeed hit the bond markets with the high profile defaults to hit Singapore’s shores.

DBS Is Clearly Not Expecting This

Didn’t DBS’ CEO say in February that they may be past worst of energy-loan issues? These were the headlines then.

** DBS CEO Signals Bank May Be Past Worst of Energy Loan Problems
** DBS cover of NPL dropped to 0.97x from 1.48x in one year
** OCBC Stirs Bad-Loan Concerns as Chief Says No End in Sight Yet
** UOB SAYS PACE OF NEW NON PERFORMING ASSETS FORMATION TO EASE

We have been so vindicated with the endless bombardment of optimism and hope riding on Ezion, sharing just a few with readers, below.

Reactions from friends and investors have only ranged between shock and despair because outrage is not exactly an option (yet) from “numbed” minds given the high profile companies that have come out to restructure in the past months. We are not referring to newbies like Marco Polo Marine or Rickmers or even Swiber anymore, but household names like Nam Cheong (IPO 1999), Ezra (IPO 2003) and now, Ezion, the largest weight on the SGX O&G Index at the end of 2015, accounting for 10.78% of the index that has sadly seen better days with 21 members, now reduced to 17, with a few still in trouble.

Comments like, “I am in a daze… Just wondering why they are doing restructuring now when the next bond maturity is one year away .. they were still generating positive cashflow… DBS was actually recommending buy on my bond 2 weeks back”, flood in from friends and investors.

It is no surprise that Ezion would be on the “approved list” of many a PFS advisory desk which is basically a blanket approval for marketing to the lesser-than-private bank client, as we have been advised by friends in 2 local banks.

As defaults came in waves, we saw them fall – the Swiber’s, Rickmers, Swissco’s, Perisai’s, Pac Andes’, and then Ezra filed. Kris Energy’s and ASL Marine’s bought themselves some time while Nam Cheong Marco Polo Marine, Ausgroup and Falcon Energy are in the midst of restructuring discussions even as Pacific Radiance only 2018 bond price is already trading, at 25 cents, as if default is not an option despite their recent S$85 million loan from the government.

Yet Ezion remained unscathed from it all, setting new standards as a market leader and a certain role model, as we watched all the names we could not sensibly bring ourselves to buy redeem their debt in full – Otto Marine, Miclyn Express, Vallianz, Midas, PIL and more. Keppel-backed Dyna-Mac just redeemed their bond less than a fortnight ago, so why Ezion?

Before we answer that, let’s take a closer look at the SGD shipping-related corporate bond space in tables for a better understanding of the market although we deliberately left NOL out of it because NOL bonds are doing really well now under their new parent which is a global player, quite outside the little league chaps we are talking about today. We also left out Jurong Shipyard and Sembcorp Marine for the same reason.

The Extended Or Exchanged

*We have now been informed that Marco Polo did not manage to pull through the extension. Their noteholder meeting will be held on 14 Aug 2017.

The Limelight of Restructuring

The Last Ones Standing

* Pacific Radiance received government support for SGD 85 mio less than 2 months ago but should be eliminated from this group after this morning’s headline.

The Ones That Got Away

Why Ezion? Why Not, Ezion?

Ezion would be in a competitive disadvantage if they did not restructure or did something now. Given that her peer group have all but passed or are in the process of passing the buck to the creditors, which includes banks.

It is a new trend! Nam Cheong is attempting and so is Ausgroup – to bail-in the current creditors with either haircuts or equity conversions before raising new equity from new sources that would come with less encumbrances. No one with any common sense would be prepared to throw good money after bad. The Pacific Radiance restructuring news this morning just sums it all up—No O&G firm is left standing (because PIL and Trafigura are not exactly in the O&G space)

Liquidation is not an option because as Nam Cheong knows and pointed out “Liquidation will very likely result in very minimal recovery for the lenders and noteholders, if at all”, which deserves the “Chao Kuan” runner-up award (see below for the winner).

From the experience we had with Ezra and Rickmers, their existing service contracts are mostly laden with performance guarantee claims in the event of liquidation and it is estimated that Ezra’s liabilities due to these performance guarantees would be between 2 to 3 billion which leaves little on the table for even senior bond holders eventually.

It actually stinks a little because Ausgroup received overwhelming support from bond holders just a year ago, agreeing to a debt extension of 2 years and then turned around to bite investors by proposing a debt-to-equity swap in May.

A good friend who has been a long time critic of the O&G bond influx back in 2013-2014, summed it as “chao kuan” (Hokkien for bad form) issuers. Bonds were sold fully loaded with hidden bail-in implications, holding investors to ransom simply because there was nothing much to recover in the case of default. She wrote in some old blog posts about recovering just the “photo copiers and printers” for some scenarios.

The “Chao Kuan” award should go to Swissco chairman for allegedly yelling at an investor during restructuring talks, “You can walk out of here, you won’t get a cent back”, with 5 Cisco guards on his side. If it is true, of course.

What little recourse do bond investors have in the face of all this?

To be bailed-in involuntarily when nothing in the bonds’ terms say anything about loss absorption? This is happening in Singapore just as the world saw its first Tier 1 bond bail in 2 months ago out of Banco Popular where Tier 1 investors were wiped out, not counting the poor Cypriots who had their accounts confiscated during their banking turmoil.

As we cast our minds back to those glorious years of SGD bond market expansion back in 2013 and 2014 over our lemon rose gelatos, and look through those real estate auctions coming up for bank sales of choice bungalows, we thought about those days of flush liquidity and the big Singapore bond fad where bonds were the must-have portfolio accessories. Never in our wildest nightmares could we have imagined that in 2017, there is not a single O&G bond none left standing unscathed.

“Chao kuan” bail-in? We will reserve our judgement and save it for the aftermath years to come.

Ezion’s chairman did well to sign off with, “Grace and peace of God be with you all’. We are not sure how many Cisco guards they will be hiring for the meetings and if the Singapore Expo is big enough to accommodate the audience.