A Blessed Week in the Markets: Thanking Trump and Trade Wars 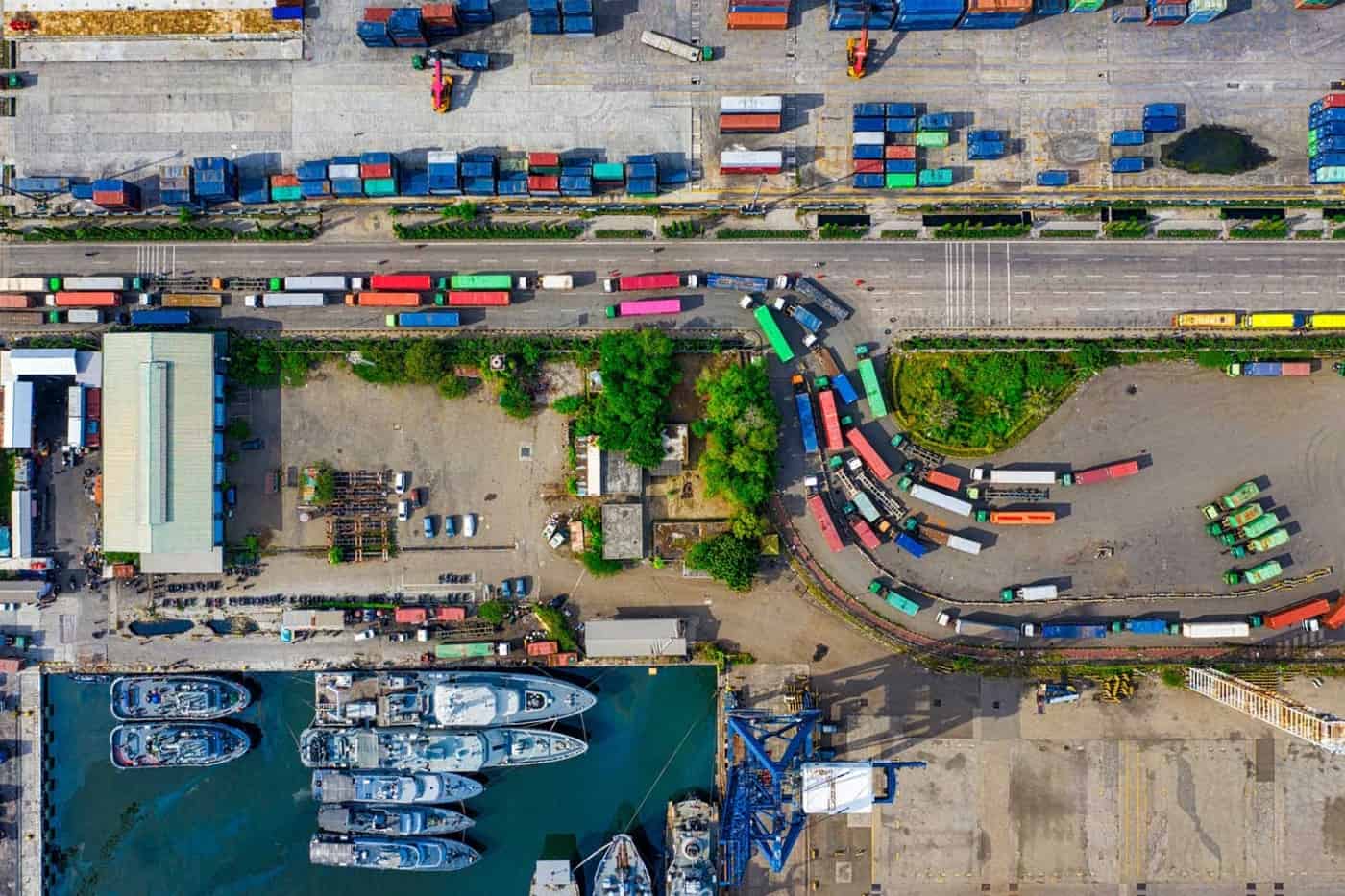 Blessed are those who were not forced to watch the markets unfold this week, for theirs must be the kingdom of… We are not sure anymore because we barely noticed on Thursday, the Satanic Temple has become recognised as an official religion by the US government and they had this to say, “Our expansive membership numbers are a response to the Trump administration and Pence being vice president. People are horrified” which suggests that Trump must be on the God side of things? It was easy for our numbed minds to accept in just another gobsmacking moment in a Holy Cow of a week.

Did anyone in the markets notice anything this week at all besides being glued to Donald Trump’s Twitter feed and the next trade war headline? A trade war that has become a monumental part of our lives to dictate the future of the global economy, even if nobody in the entire planet is sure of how that would happen but it does not matter much although, surely, we must feel blessed, in a perverse way, for being first-hand witnesses to a political fracas staged for the first time in the new age and global stage of social media.

102 words in a random tweet last Sunday erased about $2.2 trillion (latest count) from global stocks this week and just blew away any single ounce of credibility Trump or his administration will ever have with markets again although nobody is thinking about it yet.

These are some crazy people-in-charge, continuously gas-lighting the world and people’s minds to a certain numbness that will season them to accept that it is a way of life.

The rhetoric over the weeks has been as follows:

*U.S. NOT BREAKING OFF TRADE TALKS WITH CHINA, LIGHTHIZER SAYS

We are used to it and the fact that Trump nominated a political pundit and a pizza executive to the Federal Reserve and feel all the safer that both nominations were withdrawn but what is coming up will be Stranger Things!

Make no mistake about stranger things because “Claiming two years of his presidency were ‘stolen,’ Trump suggests he’s owed overtime”, “an unconstitutional, two-year addition to his first term in the White House”, as mooted by a thrice-married reality television personality who has appeared on the cover of Playboy magazine who happens to be a Christian evangelist with no less than 60 million followers on Twitter.

Stranger for Americans who have not been paying attention is that Trump has taken over the 2019 4th of July Independence Day celebration’s planning to make a more “Trump-focused” event which he had warned in February with his tweet, “HOLD THE DATE! Major fireworks display, entertainment and an address by your favourite President, me!”, is if Trump manages to pull off a large military parade like the one he always wanted from 2 years ago (which would explain his kindred feelings for North Korea and Kim Jong Un for him to dismiss their missile launches last week).

Not that the markets cared about the missiles this week like they were gripped in panic 2 years back, watching the US aircraft carriers’ progress like a hawk, dumping stocks and buying bonds before it all came to naught when Trump and Kim hugged and made peace in Singapore. Just like this time last year, traders were cheering the container load of soybeans on Peak Pegasus making their way to China before the Chinese tariff deadline, down crested when the ship missed the deadline.

We have been gaslight-ed or gaslit to complacency? Yes.

We are not surprised that 2 children had to take to fight and sacrifice themselves against gun-bearing shooters in their school, in separate incidences across America because US Vice President Pence said, on 26 April to the National Rifle Association, “the President and I stand with the NRA because, like all of you, we stand for freedom.  And the right of law-abiding citizens to keep and bear arms is a freedom that is at the heart of the American story… Under this president… No one is taking your guns.”

Neither are we surprised anymore that US Vice President Pence and White House advisor Larry Kudlow echoed their president’s comments last week, calling on the Federal Reserve to cut interest rates despite a sterling 3.2% GDP growth number.

The markets expect Trump will get the rate cuts because the probability of a rate cut by early 2020 has risen to 64.3%.

In addition, the expectation of Trump’s reelection in 2020 stands at 70% which suggests that the markets are not in sync with Trump’s popularity poll figures.

It is no wonder that short positions in the VIX (Volatility) Index are still near all-time lows despite the trade war.

And so the S&P 500 only lost just about 2% for the week, less than half of China’s losses.

The killer article was the Reuter’s “China backtracked on nearly all aspects of U.S. trade deal—sources” piece that more or less, nailed it on Wednesday as FBI Director Christopher Wray minced no words in accusing China of “stealing its way up the economic ladder” which is plausibly honest and true (nothing against China, of course, please don’t send the assassins). But it did get some sane people asking “While Washington has a long list of asks—on intellectual property, technology transfer, foreign investment, industrial policy, agricultural purchases, all the way up to the basic structure of the Chinese economy—it hasn’t really been offering anything in return, except for the removal of the tariffs it imposed at the start of the process.”

Yet Trump is now part of investment strategies.

“If I were younger and looking at a short-term time horizon, I’d be pulling my hair out,” said Jack Ablin, Chief Investment Officer at Cresset Wealth Advisers. “But I hate to say, after decades of being in the business, Trump’s Twitter is part of my strategy. You look at income statements, balance sheets, and then you check his Twitter account.”—Bloomberg

Maybe that is why BlueMountain (the hedge fund) is liquidating its $1 bio quant portfolio and moving back to humans trading, “How do you teach a quantitative model to understand Trump’s tweets?”

But they will not be leaving us in peace even on the weekend because now China has named her price “that in order to reach an agreement the U.S. must remove all extra tariffs, set targets for Chinese purchases of goods in line with real demand, and ensure that the text of the deal is “balanced” to ensure the “dignity” of both nations.” And if Trump were in Singapore, I am sure he would be prosecuted for spreading fake news because it is a fact that China will not be paying the tariffs, it will be collected from the importers, making us doubt our sanity again. The tariffs are a new tax on Americans, as the NYTimes opined.

It is all making us just scared and very scared (not only because 86,914 people, and counting, believe in him) because the continuous “gaslight-ing” will probably get worse as we notice Vietnam is on the noose this week for potential currency manipulation. There is no reasoning with them even if we do not have too many good things to say about China. And we can be quite sure, there are more people around the world finding China’s approach of finding a middle ground more reasonable than dogmatic lunatics who will not compromise.

It could be even the reason for the MAS transferring the 45 billion to GIC this week to avoid reporting currency positions as a requirement in the future and risk being accused of anything by anyone. (PS: NOT A FACT THEREFORE NOT FAKE NEWS)

We also note a spike in central bank gold buying in 1Q19, up 68% on the year as central banks shun the other form of reserve, namely, the US dollar.

To lend credence to US-dollar-out-the-door theory, Trump’s Tradewar week’s 10-year US treasury note auction showed the worst demand in a decade as rumours of a China boycott are supported by a drop in “Indirect bids”, the category foreign official authorities dominate.

And people are taking Bitcoin to a new 6 month high and return it to a bull market on Mother’s Day because they changed their minds when the market closed on Friday at $6,291, and now obviously prefer it to the US dollar at $7,500. For once, we think it is sensible because Trump has caused us to doubt our sanity again.

That is the ticket, easing out of America, sell stocks, sell bonds and sell currency because the playbook has changed after this week and markets are tired but it is clear they will be “gaslight-ing” us all the way to the next elections even if they pull off a semblance of a trade deal.

Oh, what a blessed week it has been, to open our eyes to some horrific possibilities ahead of us because we will be watching the 4th of July and if he takes out the military parade, we are out of the door.

Invest
Insights
A Look at Singapore’s HENRY (High Earners, Not Rich Yet) Generation
Invest
Insights
How To Get Rich In Singapore?
Invest
Insights
The Triple Whammy of AAA Singapore’s Monetary Policy
A Blessed Week in the Markets: Thanking Trump and Trade Wars
By Ed Chan
© 2023 High Net Worth All rights reserved.
Privacy Policy | Terms of Service