A Suicidal Time for the Markets 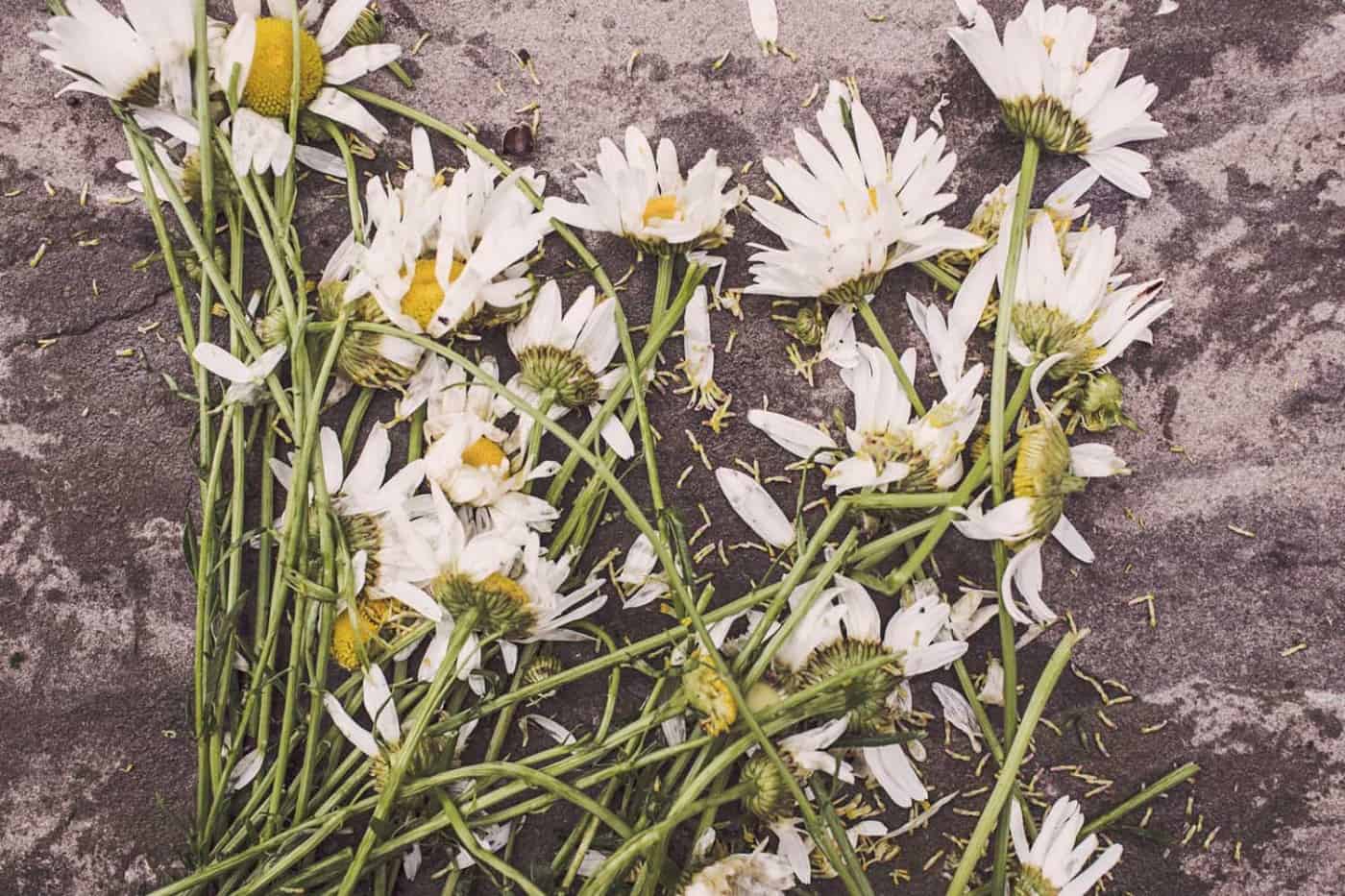 Suicide has been quite the theme for parents this week as a dear friend informed me that her parent group chat has been abuzz with interest, on the subject of teenage stress and suicide centring around a new Netflix series, 13 Reasons Why, a fictional account of events leading to the suicide of a U.S. teen, and now followed by alarming non-fictional media headlines about a Facebook “brain-washing” game, Blue Whale, purportedly linked to the suicides of hundreds of Russian teens that has spread to other countries.

It has been serious enough for the MOE to take action, issuing advisories to parents via their website.

Naturally we post-haste to watch 13 Reasons Why on a marathon relay (13 episodes over 3 nights), for we cannot spare a moment to keep our precious tots safe, but baulked at the idea of searching up the Blue Whale, unsure of myself as I flinched on some revived teenage memories, while thanking my lucky stars that I am not a teenager in this less-forgiving era of social media amplifiers, broadcasting your problems to the world.

Naturally again, our financial markets have apparently latched on the same theme of suicide because we had a spate of 3 potential banker suicides within a week of each other, out of Singapore and Hong Kong.

Singapore markets also had a tragic suicide late March/early April this year involving another expatriate banker in his 30’s, who was laid off some 6 months ago, according to sources.

May they rest in peace as the living bankers continue to worry for their livelihoods, especially in Singapore where the industry continues to shrink and consolidate.

Now will this prompt MAS to follow in the stead of MOE, to advise that adult suicide is a criminal offence in Singapore?

Section 309 of the Penal Code of Singapore

Nevertheless, there is a possible lesson or two we can learn from Singapore’s elderly working poor, stoically marching on along with the 85-year-old ice-cream uncle, hot off this evening’s press?

We have been writing about stress lately, to continue from last week’s Mental Health Problems of Debt and Despair, where we pointed out that stress levels are rising not just from political and social instability but at the individual level where debt and finances are a huge source of worry for most folks around the world and Singapore has not been unscathed as we noted in Eat, Pray, Love – Stressed Out Singaporeans and The Singaporean Economy—pessimism doth rule the personal financial outlook as layoffs mount and the government focuses on re-shaping the economy and economic expectations in the years to come.

The latest development being the effort to continue capping the number of graduates and reskilling the population to make better lives for themselves, tasked by none other than PM Lee back in 2015 when he kick-started the campaign to persuade more youths to join the “earn and learn” scheme as good career options, effectively taking Tiger Moms’ to task.

Does that make the recent 18-month high in the STI and the record-breaking highs in stock markets around the world a tad over-euphoric?

They say a little hope goes a long way and we have had nothing but Hope for the new Trump administration since he took office that 100 odd days ago though nothing much concrete has come out of it as International Spectator succinctly summarised for his presidential achievements so far.

With no major bills passed, the 2 major bills—healthcare and tax reform—still in limbo, the government has narrowly averted a shutdown by kicking the can down the road for another 6 months, we would still say Hope has gotten us here as the NYTimes conceded that “in President Trump’s first 100 days, stock market have had their biggest rise of any president since the 1980’s” (this excludes the pre-inauguration rally of over 5% after the elections).

Yet despite the record highs we have witnessed in the stock markets, gains have not been broad-based in, for example, the instance of Nasdaq where just 0.2% of the stocks accounted for 45% of its recent gains. Therefore, we are in relatively safe waters because CNN’s Fear and Greed index shows no signs of exuberance.

The biggest indicator of hope we have on our hands is none other than the Yale Stock Market Confidence Indices, showing that 99% of institutional investors and 88% of retail investors expect a higher stock markets in a year’s time, a fact that was highlighted by Goldman Sachs, who has joined JPM and Bank of America in turning bearish on stocks.

We know it is all about hope because U.S. credit card defaults have surged to a 4 year high and, auto and student loans, which have hit all-time highs, are turning delinquent at an alarming rate. All this despite the solid job growth in the U.S., led by a record-breaking 86 months of consecutive job creation for waiters and bartenders.

A perfect example of too much hope is President Trump’s “phenomenal” tax reform released, point-form on only a single page (less than 250 words) which Bloomberg contrasted with former President Reagan’s 500-page treatise for a first tax reform draft. Could that be construed as giving markets 499 missing pages of “imagined” hope?

While we argue it cannot entirely be all hope driven for we have Europe on a good mend, as far as economic numbers are showing and the U.S., whilst hitting a slight speed bump in the recent weak GDP showing (weakest in 3 years) to mark Trump’s first official quarter, is looking rosy enough for the Federal Reserve to make the call for a reprieve, asserting the need for 2 to 3 more rate hikes this year and a wind down of their balance sheet.

A state of the economy Donald Trump has little to do with, but can take all the credit for as uncertainties continue to mount?

The Big Picture for Hope

3. Protectionist measures on trade and migration with Australia the latest to axe temporary work visas

4. Trump failing on his promises

Furthermore, the top 25 stocks of the Nasdaq 100 account for 72% of the index weight, which becomes a big deal when we consider that the Nasdaq has 2539 members.

We Live For Hope in Suicidal Times

Hope is a powerful reason for living and there is nothing better than a powerful dose of hope when the situation borders on bleak despair, although it is arguable if suicide is invariably the result of mental illness.

An overdose of hope can sometimes lead to a certain delusional euphoria that can be a form of insanity or mental illness. For us in the markets, it is getting impossible to turn that blind eye to irrational exuberance when we have Warren Buffet saying, last Saturday, “There’s nothing more agonizing than to see your neighbor, who you think has an IQ 30 points below you, getting richer than you are by buying stocks, whether it’s internet stocks or whatever. And people succumb to it. They’ll succumb to it in this economy and elsewhere.”

“Markets have a casino characteristic that has a lot of appeal to people, particularly when they see people getting rich around them,” Buffett said. “And those who haven’t been through cycles before are probably a little more prone to speculate than people who have experienced the outcome of wild speculations.” As reported in Yahoo.

Robert Prechter, the father of the Elliot Wave Principle, also said in an interview last month that he would expect a “depression type” event in the near future even if he really does not know exactly when because “people do not perceive their moods, tops and bottoms in markets sneak right past them. At the top, people will love the market, and events and conditions will provide them with ample bases for rationalising being heavily invested. That’s been the pattern of history.”

Ben Carlson summed it up quite bluntly that if the U.S. financial crisis managed to catch some of the sharpest minds in the world off guard, there would be no formula to forecast a market top, let alone a change in sentiments leading to a recession.

It is all rather similar with suicide isn’t it? Unexpected?

Yet the beautiful mind of Robert Prechter leaves us with some advice, “the trick to maintaining personal prosperity is to avoid popular investments at the turns. It’s not easy to do, but at a minimum, you need a fractal perspective on social trends as opposed to a linear one”.

These are suicidal times.

Style
First Look: Gentle Monster’s Starfield Hanam Flagship Store
Style
5 Designer Shoes We Want For The Summer
Insights
Here’s Why the Metaverse Is the Next Goldmine
Insights
How Humility Can Help You Win in Life
Style
Stay On Track: Tracksuits to Ride the Athleisure Wave