Apple, Give Us a Break: Not Thinking Too Hard About iPhone X 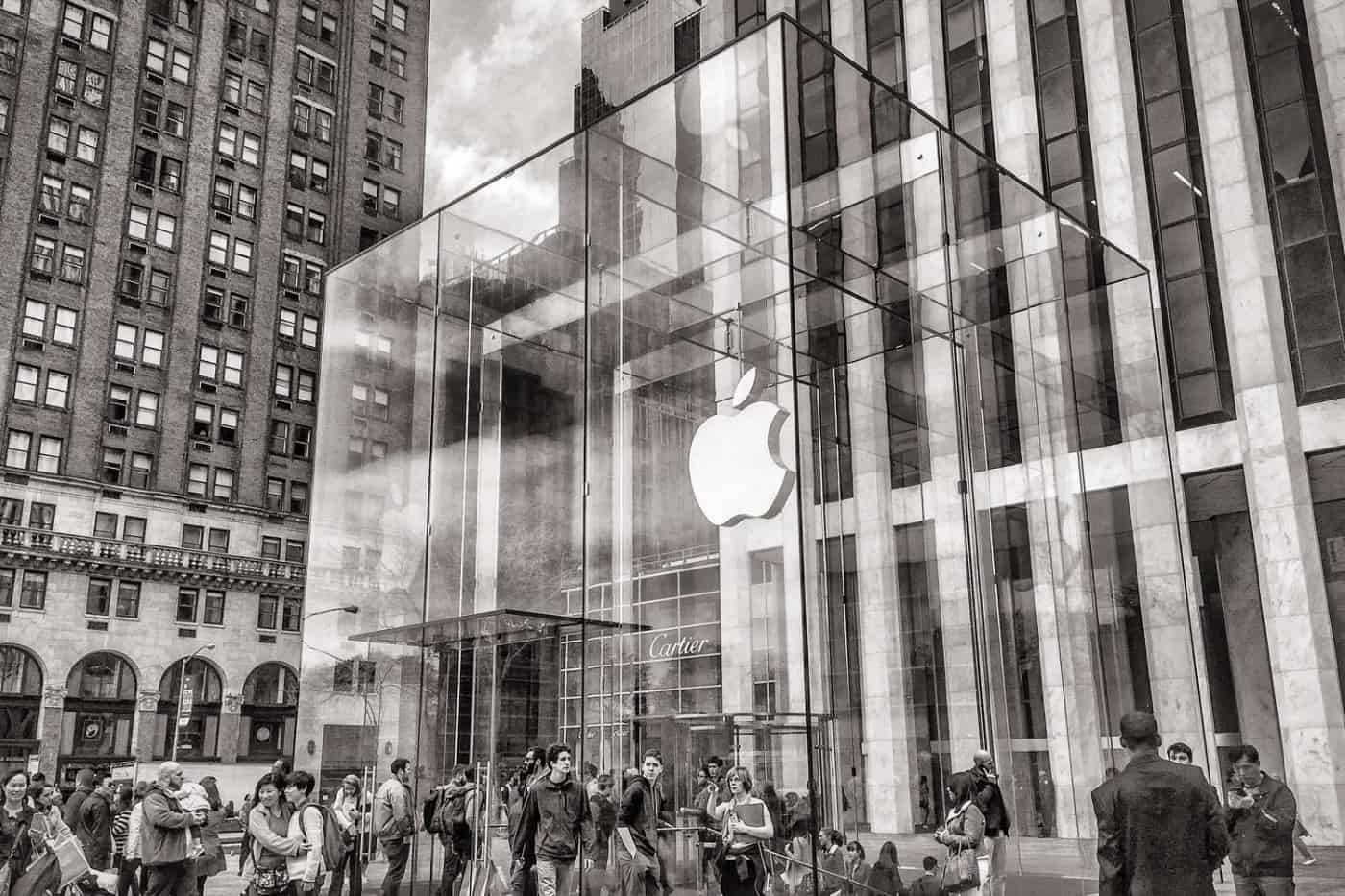 – In the past fortnight, antivirus software, CCleaner suffered a sophisticated hack

– This comes after a serious data breach at credit agency, Equifax, that affected 143 mio users

– As our electronic junk continue to pile up at home, Apple launches the iPhone 8 and iPhone X for Apple stock’s worst ever weekly performance in a new product week

– Do we really know what we are doing as we continue to transition into Smart Nation with e-wallets, online shopping and more?

– Our online footprint and various personal data is floating in the dark web, waiting to be sold and used with credit card details going for between $9-23

-Cybersecurity starts at home as we deploy multilayered AV

– Apple, Apple, We made you rich, gave you our lives and fingerprints but we take a step back at face printing

The new iPhone launch last week could not have come at a worse time for some of us, not just about grappling with Trump’s disastrous “dotard” UN debut amidst more natural disasters (few earthquakes, couple of volcanoes and hurricanes), or the name calling war between Trump and Kim and now, US sportsmen or the Federal Reserve meeting, or the “everything bubble” that is generally accepted as the state of the market, but with the sophisticated hack within a hack of CCleaner software affecting 2.3 million unsuspecting users who had downloaded it since August and we know more than a few users of Avast, the reliable free antivirus software “unicorn” which happens to own CCleaner.

This comes after the scandalous data breach at Equifax (EFX US), a consumer credit reporting agency, of over 143 mio users and their more intimate personal financial details with a ransom demand of just 600 bitcoins.

As it turns out, insiders had sold stock weeks before the breach was reported, the company had hired a music major for their Chief Security Officer and the ransom note was an amateur scam.

Last, the reported hack into the Securities and Exchange Commission (SEC) that occurred in 2016! And only discovered last month and the possibility of trades done using stolen insider information.

The Elderly Relative, Her Phone and Our Electronic Junk

The elderly aunt had lost the use of her Microsoft Nokia phone, her account was compromised and linked to a foreign looking recovery number. Adios phone for the poor lady, braving the perilous trip to Sim Lim for help to retrieve those precious photos which were not backed up, she settled for the Samsung S7 and spent hours rekeying in her entire contact list.

As we stare at the electronic junk piling up in the house, we try disposing of the Gen 1 tablet by running the car over it and rip out the hard disk of that old netbook, smashing it up with a hammer before slotting both into the RENEW (Recycling Nation’s Electronic Waste) bin at Sing Pools, grateful that they fit into those 47 by 12 cm slots. Now, what will we do with that old Bose iPod dock station with the broad jack for the old generation Apple gear, even if you can choose to recycle your iWhatever’s with them?

It is the curse of the environmentalist in us that leaves us fretting about how to dispose of that broken vacuum cleaner, begging friends living in the east side to help us drop it off at Changi  Community Centre, for the Panasonic Heartland E-Waste Recycling Programme only covers the east and don’t think of sending in fridges or washers.

Apple, Apple, We Made You Rich

Yes, Apple, we made you rich if we check out your growing cash pile.

Yet, we have to draw the line at giving out our face prints after giving you our lives and fingerprints.

That is right. Paranoia takes over especially if you been watching Black Mirror on Netflix, the techno-cultural Twilight-Zone of the age we live in.

Now Apple has turned our faces into standard 30,000 point maps. Not a great idea to buy one before plastic surgery and its best to use that phone daily, and not gain or lose too much weight or get a fake tan, in the meantime. Yet, if you can’t unlock that phone, chances are that only 1 in a million can, according to Apple, compared to the 1 in 50,000 who can pass off your fingerprint.

And yes, A.I. has made it easier to guess your password too, as scientists managed to guess 25% of the passwords out of 43 million LinkedIn profiles.

Do we really know what we are doing? Online shopping, paying with e-wallets and carrying virtual cards in our smart connected nation?

How did law-bidding Singapore suddenly top the world as top source of cyber attacks?

Slave computers here riddled with malware, spyware and viruses, spamming and attacking computers around the world, to our happy oblivion because it would not hurt till the wallet is affected which brings us to last month’s Taka card incident where the counter staff informed a friend her credit card has been disabled and it was due to someone accessing it for a dollar purchase in Barney’s NY.

We are not sure if she should at least be flattered that her data is floating around for sale in the dark web, with criminals paying between $9 to $20 for credit card details, depending on the card’s limits. Identities are also come pretty cheaply ($10) and so do Netflix ($3) and Spotify ($2.8) passwords and email addresses ($2.29).

For you see, after the much-publicised WannaCry global ransomware attack in May this year, we called on old I.T. expert friends we are fortunate to have befriended in our youth, just to comb through that computer, to find no less than 24 malware lurking around despite the antivirus wall. The PC was running slow too and somehow the router’s password has been changed, possibly due to someone hijacking our bandwidth for their own use.

Think again. There is no reason for those software not to throw in a few bugs to make you start paying up for the premium editions.

What about the hardware bugs? Let’s not start.

Advice for the Elderly Relative.

Backup data on cloud because external hard disks get infected too if they are always connected.

Or even backup the entire pc on cloud.

Never use public wifi and always use secure VPNs.

Always keep the O/S updated and do not use unsupported devices.

Back to iPhone 8 and Apple Fatigue

Feeling the tech-fatigue, we are not thinking about the new iPhone much and we are not the only ones because the latest iPhone 8 launched to anaemic fanfare although it doesn’t mean because there are no queues at the stores, that online sales face a similar fate.

Another friend of ours will definitely be buying something soon although she cannot decide between the 7 or the 8, simply because her other number is on her iPhone 4 and the Home button does not work anymore. We can call folks like her the late adopters because they had moved from iPhone 3 to 6 and now 4 is going to 8 and she needs 2 phones for the security reasons we listed above.

Yet this week, Apple stock suffered its worst product launch week of the iPhone era.

Looking slightly better than its weekly stock performance of April 2016, the large drop in Apple has been blamed on the muted launch for the iPhone 8, although optimists and fans are arguing that folks are saving up for the iPhone X to come in Nov.

The truth is, maybe there are more people like us who are not really looking forward to the new and better camera or the wireless charging or any of that, because it is just the same old phone with a lot more features, “iPhone X could be the greatest leap forward in technology simply for the sake of having the technology”, as Forbes puts.

This is as we struggle with what happened to that electronic application for the passport and did it get lost in the mail and how come there is no more helpdesk contact number to call?

Now, we cannot get anything done till we float megabits of our identity out there in the web, handing out our identity numbers, our credit cards, addresses and bank accounts. All that information is floating out there and soon too will be our faces as we embrace facial recognition and the unavoidable future.

Maybe that is the reason why the Equifax hackers are happy with their loot of precious data over a ransom because that data can stretch a lot further than just $2.6 mio worth of Bitcoins?

Apple has a track record for being the unhackable industry leader. Even the face print would be stored within the phone in a secure chip and the phone is designed to shut after 10 failed attempts with none of the Samsung bugs of bluffing the phone with a photo.

That is a lot of security which is why we now prefer to use the phone over the more vulnerable PC.

Yet with Tim Cook of Apple selling off shares and Facebook’s Mark Zuckerberg’s intention to sell $12.8 bio worth of stock over the next 18 months, we should not worry ourselves over leaks and hacks more than we should worry if the cycle is maturing and examine our portfolios.

A Healthy Discussion of Our Fears and Doubts

Today’s post is really nothing more than a healthy discussion of our fears and doubts, on the sustainability of our online existence.

We really do not need an iPhone anymore than we need an organiser and assistant to tell us, for instance, what is the best route to go home at the best price, or to order dinner on the road, and run our lives for us.

It is time to worry about our online footprints and possible transgressions into our lives, our identities, our privacies and all.

Have you ever felt the phone heat up abruptly, to cool down when you reboot? Or Whatsapp app hanging in the middle of a chat and you find you cannot answer an incoming call? Or the sheer panic if you are without your phone?

We have and we are taking a break to sort out the home network and the security aspects as our friend replaces her iPhone 4, all of us not thinking of the iPhone X.

Invest
Insights
A Look at Singapore’s HENRY (High Earners, Not Rich Yet) Generation
Invest
Insights
How To Get Rich In Singapore?
Invest
Insights
The Triple Whammy of AAA Singapore’s Monetary Policy
Apple, Give Us a Break: Not Thinking Too Hard About iPhone X
© 2023 High Net Worth All rights reserved.
Privacy Policy | Terms of Service