Behind Every Default Was Once A Darling—Swiber 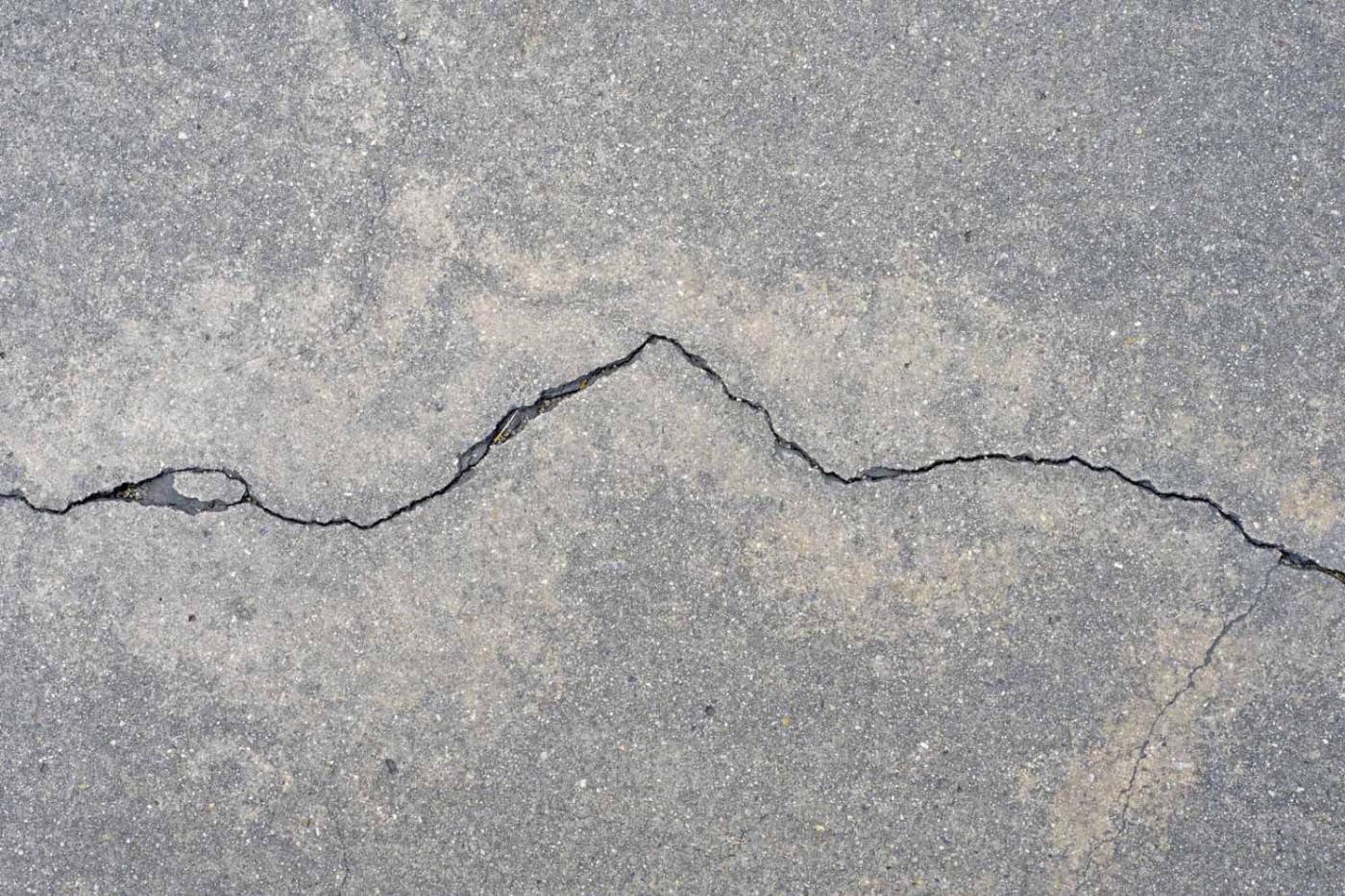 Emotions are running high after an eventful week which ended with the release of the European Banking Authority’s stress test results on 51 banks after a bunch of poorly perceived central bank meetings out of the Fed and the BoJ. The obligation to give my little opinion on the 3rd credit default to rock Singapore’s shores is reason for that stiff double shot of whisky to calm the nerves amidst outrage in the local investor community at Swiber’s audacity to walk away from business less than a month after redeeming their 15th bond maturity, leaving about S$500 mio of outstanding bonds in the lurch.

This is not a Let’s-Learn-From-Our-Mistake story because I will save it for the Straits Times. This is a wake-up call for ourselves because the stuff we read about that happened to Italian pensioners and Chinese savers can happen to us too.

Corporate governance is tested in such times and we wonder if it exists in Asia because corporate governance makes investors poor and that is why the rich individuals in the Asia-Pacific region experienced the fastest pace of wealth creation, set to overtake North America as the largest wealth management market in the world as we pointed out the key irony: “Secured creditors recover only less than 33 cents on the dollar from insolvencies in East and South Asia, compared with more than 80 cents in the U.S., according to World Bank studies.”

I will not say which bank my dear friend was working for 7 years back but they walked away from Swiber, bless them, after an intense meeting concluded that all the company was worth after their secured loans were probably the photocopy and shredding machines with a few staplers thrown in.

This brings me back to one of our old themes—Darlings to Defaults—Behind Every Default Was Once A Good Investment, an observation of my dear friend 2 years ago when markets were rocked by the first Chinese default out of Chaori Solar then (we have 21 defaults in China this year so far) and she did the cheeky thing of chronologising their headlines from the good times into the bad.

The Players in The Blame Game:

So much for SG 51 and the 5th largest Powerball jackpot in America, all the US$ 478 mio in prize money, because poor SGX has been battling fraud and weak earnings, never fully recovering from the Blumont scandal which has crippled the stock punting industry, forcing SGX to be, as a friend remarked, “ a futures derivatives exchange with a small cash equity component” as WSJ reports “Singapore’s ambition to become Asia’s top financial hub is taking a battering.

The biggest hit has been to its public markets: This year alone, nearly $5.5 billion in market capitalization is expected to vanish from Singapore’s stock exchange…”

There can be no ambition without battle scars because SGX will tested with their very first Sukuk bond defaults (for Swiber had a Sukuk programme as well) and Sukuk’s, are supposed to be “secured”  which means recovery rates could be different from senior bond holders.

Maybe it is not that other bonds elsewhere are not in worse shape but because Singapore’s MAS is not in the habit of keeping “zombie” companies alive like they do in China where the government told financial institutions to maintain coal sector lending at least at last year’s levels, increase awareness of the industry’s “pillar and strategic status” and not recall loans to seven local government-owned coal groups, according to a document released on the government’s website in May, giving markets the relief of just 21 defaults this year over the many more we have been expecting.

Websites and forums on bitter rants against the management and their families while Straits Times try to make amends by spreading more panic to make up for egging the market on last year. Then the change of tune this year.

We cannot blame the media for changing their tune after 3 defaults but should we blame bankers who are distancing themselves from their recommendations?

DBS has wisely chose a delayed earnings relase on 8th August which allow for their small loss of 50% on their S$ 700 mio of Swiber exposure, which is likely to be mostly secured assets and thus prioritized over senior debt.

Can we blame the bankers? Just because some relationship managers are under the impression that the higher the leverage the bank awards for bond purchases ie. Willingness to lend more for the investor to buy the bond, the better the bond should be. Or if major shareholders bought into their own bond issue, it should be safe.

Can we blame the bankers for bringing out Swiber’s last bond issues in Sep and Oct 2014 then coming out in the papers a few months later to cut their association with the company?

“In the current market, anything other than investment-grade bonds will have difficulty getting priced,” said Mr Clifford Lee, head of fixed income at DBS, which has been involved in a number of bond issuances from both companies.

“When it comes to companies directly linked to oil and gas, they are facing more stress. Many bond and share prices have been hit, rightfully or wrongly, as they are getting the brunt of investors’ concerns in a market that is already currently not as functional.”

How did the bankers get the idea that Swiber, a 100-300 mio market capitalization company can have a USD 500 mio Sukuk MTN programme on top of its S$ 1 bio MTN programme and have its major subsidiary, Vallianz, set up another S$ 500 mio programme too?

No, we did not attend the Invest Fair last weekend to listen to new investment advice if old investment advice have not paid off. Maybe it should be mandatory for all relationship managers to get some investment training, as if the current MAS recommendations are not enough?

“Swiber is growing – yes. It’s interest on borrowings is up 94% on the year, it’s trade receivables up 28% on the  year. The debt situation looks stable but depends on how much more they will borrow for the rest of the year although their MTN is SGD 1 bio (currently SGD 640 mio used), they have another Sukuk MTN for USD 500 mio (SGD 150 mio used).”

Investors are the ultimate losers because they shoulder the losses but there was a decision making process involved and many a time I have walked away from discussions where “rick folk” tell me they prefer Swiber over some foreign bank bond that pays 10%. My dear friend gets more than a fair share of skepticism in her jeans and t-shirts from people she meets that she has stopped talking about credits with strangers and acquaintances with their inbuilt logic that MAS will not allow any defaults here.

I recall many stories on the Lehman mini bonds default in Singapore during the crisis and upset folks  then. But like we recognized last year, Swiber bond investors are the “new rich”—the “unburnt class”, “representative of the fact that most of these clients have no experienced the market turmoil of those crisis days back in 2008-2009”.

Nobody likes to look stupid or admit it and DBS head of fixed income is right and Mr Lee said that retail investors are not dumb, unlike your “mom and pop” investors.

Swiber has been a pretty amazing company, spinning off core assets into a subsidiary and borrowing off both fronts.

Yet in all, Swiber has been great for bondholders and they have not done anything majorly wrong in issuing as much as clients demands and paid their coupons, redeemed all they could till they gave up. Even their auditors did not point out any irregularities.

Swiber has a huge fan club in the marketplace and it is everyone’s responsibility that it has been successful till now. My dear friend pointed out 3 years ago that Swiber bonds could qualify for CPFIS eligible funds too.

No doubt the investigations have begun in earnest to point the finger of blame at someone or something which will irk the bondholders of the other 2 companies in default, namely Trikomsel and Pacific Andes, where investigations are hampered by jurisdictive limitations.

And no doubt that the Swiber contagion will spread to similarly leveraged companies in the weeks ahead.

This is not a time to be angry or righteous or smug, because behind every default was once a darling.

Invest
Insights
A Look at Singapore’s HENRY (High Earners, Not Rich Yet) Generation
Invest
Insights
How To Get Rich In Singapore?
Invest
Insights
The Triple Whammy of AAA Singapore’s Monetary Policy
Behind Every Default Was Once A Darling—Swiber
By Ed Chan
© 2023 High Net Worth All rights reserved.
Privacy Policy | Terms of Service