Covid-19-Induced Populism: To Be Aware Is to Be Informed 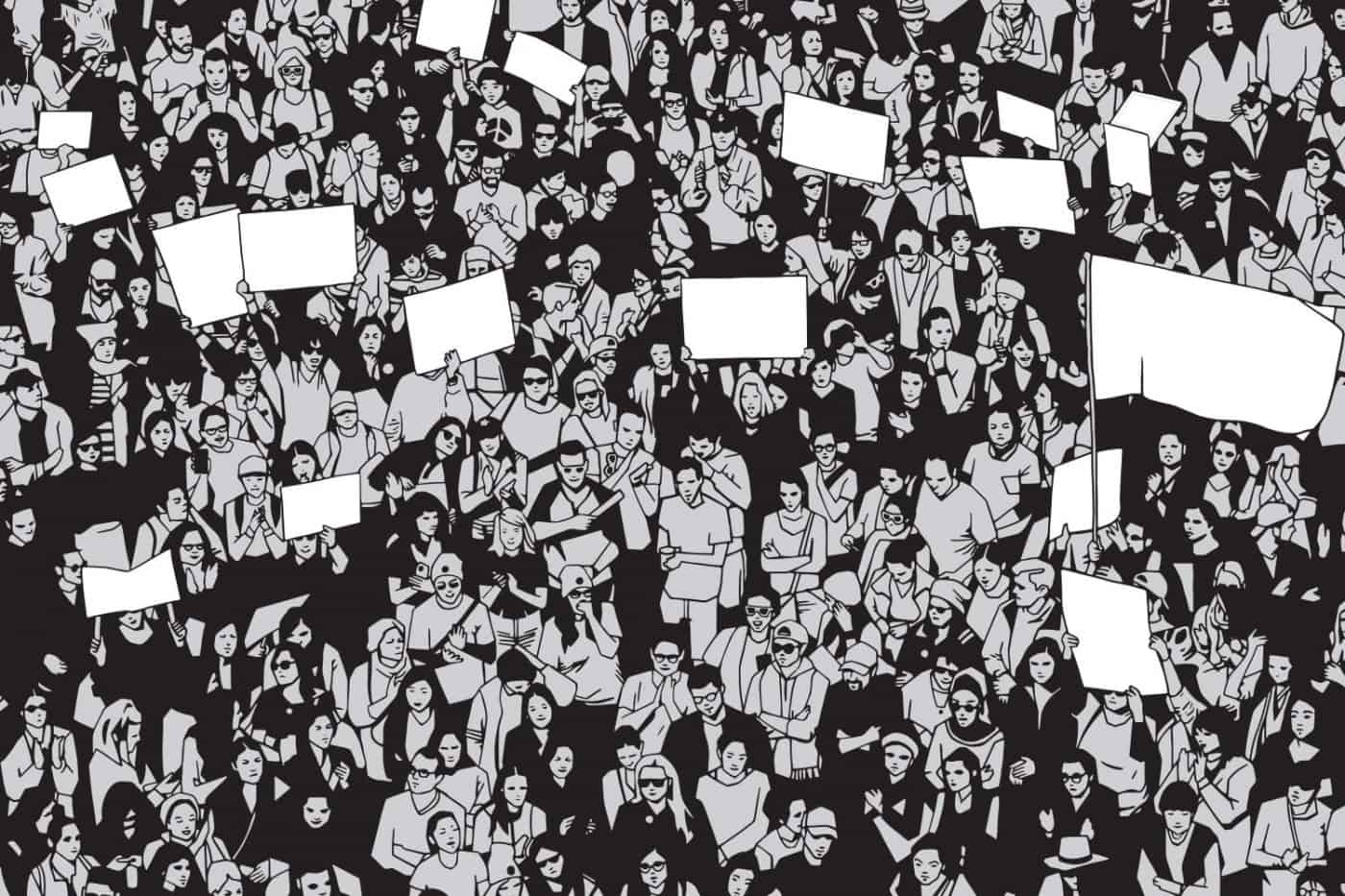 Things change, perspectives too, after a lockdown and an economic crisis, as a friend was going into raptures about being magically transported into a different kingdom while driving down the AYE for the first time in months, surrounded by the explosion of colours from the overgrown trees and shrubs; something we barely noticed before with so many different shades of green, auburn and brown.

While we are nowhere near qualified to comment on the results of Singapore’s general elections, these are perhaps not the most ideal of times to hold a general election. Particularly one that involves ushering a new era or generation of 4G leaders in Singapore with the nation confronting big issues like Covid-19, unemployment, a potential recession and a wealth gap.

In trepidation, we witness the highest levels of social unrest throughout the world, in polarised and fragmented societies where social mobility has ground to a halt suggesting some form of elitism has taken over. That has, in turn, bred a new and dangerous form of nationalism in some countries.

From the safe shores of Singapore, it is plain to see that social awareness is growing, and societies are rising up to the phenomenon of plutonomy that has gripped the world for the past decade and is now keeping billionaires up at night even before the Black Lives Matter issue. In 2019, massive demonstrations also rocked the world, each with different triggers but mainly due to “resentment over economic malaise, corruption, and a lack of economic opportunities”, as Roubini summarised in his Main Street Manifesto article that ends with a dire warning, “Let the Plutocrat classes tremble at a Precariat revolution. The Precarians have nothing to lose but their chains. They have a world to win. Precarious workers of all countries, unite!”

The pandemic has laid bare the truth for most of the world—that the lowest echelons of society will be the first to suffer from the virus and the financial fallout. Without taking a page from Singapore’s foreign worker Covid-19 debacle, we read that most Covid flare-ups are occurring in Europe’s most deprived neighbourhoods and how predominantly black “residents in D.C.’s poorest ward have the highest Covid-19 death toll” in addition to the job and income losses, coupled with the lack of savings, that has been affecting the poorest and most vulnerable workers around the globe from America to Nigeria to Bangladesh.

Wealthy Singapore has not managed to escape the global mood of disenfranchisement and we can observe incidences of societal dissatisfaction every other day with the rise of cancel culture on social media with a new person to hate or ridicule. The latest being the withdrawal of a PAP candidate after the internet rose up against him besides the rise of anti-foreign talent sentiments.

Well, it should not come as much of a surprise even after the doses of Thomas Piketty (Capital in the Twenty-First Century), Joseph Stiglitz (The Price of Inequality) and horde, because a computer model predicted ten years ago that widespread civil unrest would sweep through the U.S. in 2020 when social and economic turmoil would come to a boiling point using quantitative factors such as “declining wages, wealth inequality, exploding national debt” and more.

All the signs are there.

Almost half the U.S. population does not have a job at the moment and permanent job losses are rising at a rate consistent with the fastest pace seen during the Great Financial Crisis. Fed chairman Jerome Powell acknowledged there will be “well into the millions of people who don’t get to go back to their old job…in fact, there may not be a job in that industry for them for some time.” The estimate for China ranges into the hundreds of millions and an unemployment crisis, which the world will never know about.

As with all economic disruptions, it will be painful and ECB chairwoman Christine Lagarde also admitted that the transition to new economic models will hit employment and production, with the hope productivity will improve as “supply chains will shrink by around 35% and use of robots will increase by between 70% and 75%.”

This is happening as one-third of U.S. households missed their mortgage payments in July following the same number in June.

Singapore companies have taken the lead in pay cuts with 150,000 workers from more than 4,000 companies affected while in the U.S., about 30 per cent of employers cut pay as a result of the Covid-19 pandemic; we see heads of states and lawmakers from Singapore to New Zealand to Japan set the example.

Inequality has become extreme in countries like the U.S. as “45 million Americans lost their jobs, U.S. billionaires made $584 billion” and Jim Cramer called out “one of the greatest wealth transfers in history” where only the largest companies with the deepest pockets will emerge victorious from the carnage of small business failures.

The waves of insolvencies have begun at a relentless pace in the U.S. as Germany’s IFO reported this week that “about of one fifth (21 per cent) of German companies see their survival threatened” even as central banks pump infinite liquidity into systems. Still, it is just the tip of the iceberg—delinquencies on commercial mortgage debt are near all-time highs in the U.S. and mortgage auction sales on commercial properties in Singapore are outpacing residential sales.

UBS estimates corporate defaults to double by year-end and the S&P forecasts credit losses of about US$2.1 trillion for banks around the world this year and next.

Thus, the vicious circle spreading around the world affecting and disrupting economies like Bangladesh, which is already besieged by poverty before the pandemic came to cause millions of job losses in key economic industries due to the global lockdown and pose a threat to their health as well.

We can see where this is going judging by the rise of populism around the world and the repercussions of a “sharing gig economy,” which is turning out to be the temporary saviour for job losses as we note COE prices for motorcycles jump over 70 per cent in the recent round of bidding possibly due to the demand for food delivery riders? Or would it worsen inequality in the future, leaving the gig worker stuck as oligopolistic power grows in the hands of Amazon and its peers. To quote Roubini, “A few lucky unicorns (start-ups valued at $1 billion or more) run by a few lucky twenty-somethings will not change the fact that most young Americans increasingly live precarious lives performing dead-end gig work.”

Times are changing (and we cannot list down all the changes) but we are starting to see the rise of stakeholder capitalism, a situation where suppliers, employees, customers and communities are given equal consideration as shareholders, in addition to sustainable investing, realising that “for capitalism to survive, it must be reformed,” as the JP Morgan head of research puts it.

The movement is fast and furious as companies attempt to prioritise employees’ interests and their well-being in response to the Covid-19 pandemic and racial protests.

Be prepared for more equitable and inclusive societies as Singapore’s PM Lee acknowledged in his victory speech, that “the results reflect the pain and uncertainty that Singaporeans feel in this crisis—the loss of income, the anxiety about jobs, the disruption caused by the circuit breaker and the safe distancing restrictions. This was not a feel-good election but one where people are facing real problems and expect more rough weather ahead.” (Transcribed from YouTube.)

Banks in Europe and UK will be halting buybacks and dividends to shore up lending to consumers, closely watched by regulators while China wants her banks to cap their profit growth to single digits by “offering lower lending rates, cutting fees, deferring loan repayments, and granting more unsecured loans to small businesses.” This week, the Australian Banking Association confirmed that Australian banks will continue to support customers with deferred repayments on already deferred loans for another four months.

US Treasury Secretary Mnuchin expects to forgive much of its Paycheck Protection Program loans and is preparing another round of cheques or expanded unemployment benefits to be mailed to Americans for July.

In Singapore, laws have been amended requiring landlords to give SME tenants more rental waivers which are relatively mild compared to the complete ban on evictions in the UK until the end of summer, while laws are changed to further protect the tenants.

These are not good times to be a shareholder or landlord, one might think, ignoring the liquidity-driven boom in stock markets, gold and all.

We all know about the resurgence of populism over the past few years that enabled all these “alternative” heads of states to be elected around the world, in the U.S., Brazil, Mexico, Hungary and such. It is something that will not go away any time soon and has been exacerbated by the Covid-19 pandemic.

“It would be a mistake to think that the potential failure of populist politicians will lead to the early demise of populist politics. The median voter’s demand for greater equality and social mobility will not be silenced until those demands have been met—and if the first populist government that is voted into power fails to deliver, voters are more likely to elect another populist candidate than to vote for mainstream candidates,” said Schmidt.

Populist economics has been a subject covered to death from many angles and most conclude the same warning: It won’t go away! And most of them also agree on runaway inflation, which makes sense given central banks will be compromised and interest rates will be tied to zero in a doomed loop as it has been since the Great Financial Crisis.

The good news is that we are in Singapore, and thank goodness the elections are over and done with. There is much to do in these changing times and the likelihood that the global situation deteriorates rapidly is highly certain even as markets are scaling lofty peaks of valuation. To be aware is to be informed.

Invest
Insights
A Look at Singapore’s HENRY (High Earners, Not Rich Yet) Generation
Invest
Insights
How To Get Rich In Singapore?
Invest
Insights
The Triple Whammy of AAA Singapore’s Monetary Policy
Covid-19-Induced Populism: To Be Aware Is to Be Informed
By Ed Chan
© 2023 High Net Worth All rights reserved.
Privacy Policy | Terms of Service