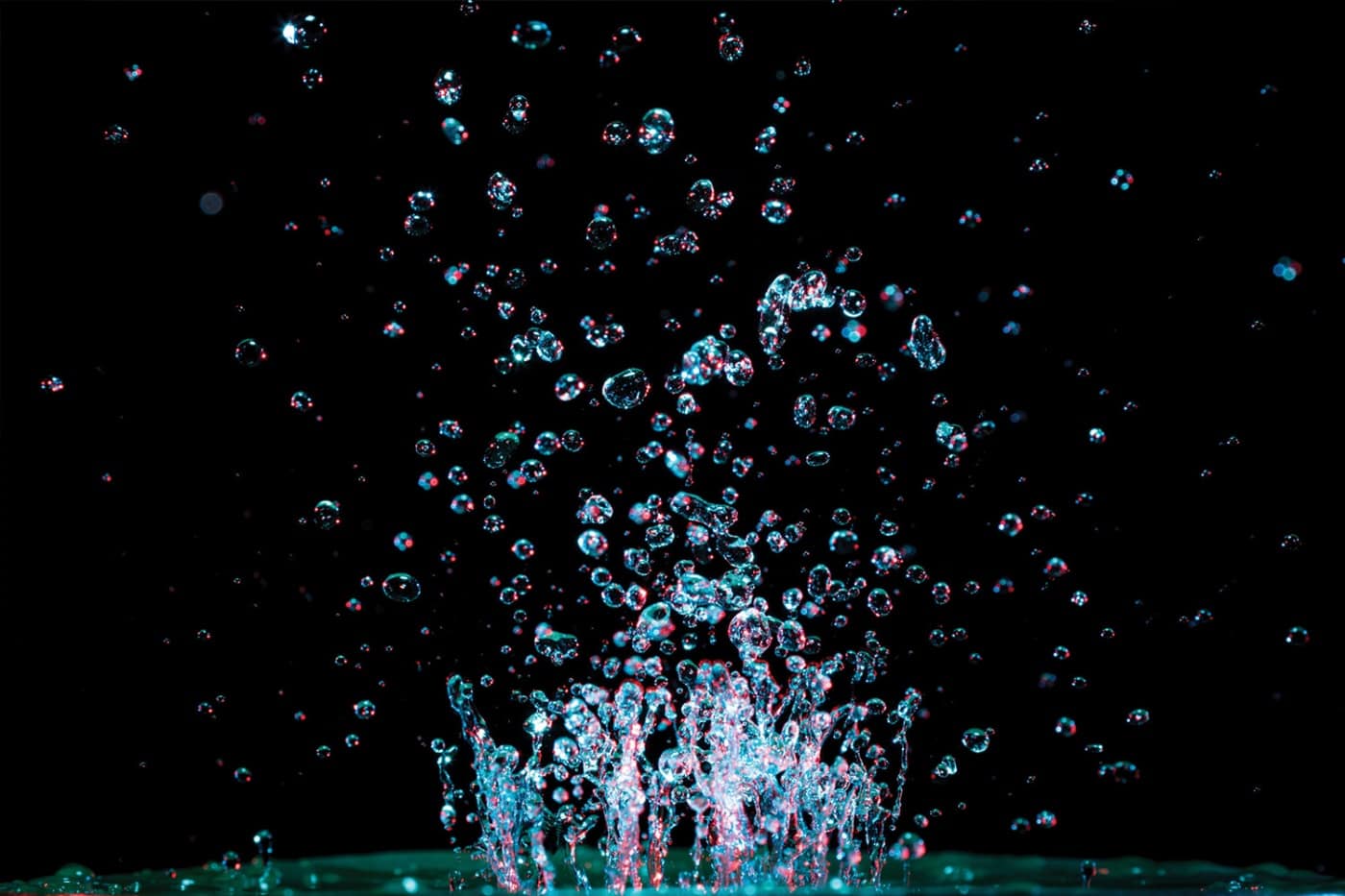 Staring Down The Barrel of a Gun

It’s the staring-down-the-barrel-of-a-gun feeling this entire week and we are unsure if we are reading too much into the deaths that we have been reading about for the past fortnight.

With great sadness, we read about the death of our favourite EDM hero, Avicii, in Oman as we grieved the passing of a friend’s 15-year-old daughter the same day. Then we had the string of traffic accidents that came fast and furiously, pun intended; the 19-year-old student, the 23-year-old girl and the trio at the traffic crossing.

How could we read too much into the Parliamentary reshuffle and their new mascot, Parley, when we were bidding farewell to Singapore’s green-tinged polar bear, Inuka, who was euthanised on Tuesday, for the good civil servant and later, Temasek employee or asset** that he was?

We also could not read too much into the early death of DBS’s robo investment adviser, soon after its launch as it was reported by Hong Kong’s Ming Pao and escaped local media.

We spent the week thinking about death, after 2 nasty road harassments, one involving a Silver cab (carrying a passenger) and another with an MPV limousine, both exhibiting road rage behaviour towards us, that led us to wonder if we are reading too much into all those accidents until we found the Straits Times page dedicated to accidents and decided to check prices for Hummers in Singapore before we let the kid start at the BMW Defensive and Stunt driving school.

Markets are Dicing with Death by Debt

This comes shortly after the IMF sounded the alarm on global debt that, at US$ 164 trillion or 225% debt/GDP, is at its highest since the Second World War and that the US is the only advanced economy to see its debt burden worsen in the next 5 years.

The US, China and Japan account for half the global debt yet when we consider that the world’s savings rate is just 25% of GDP, the rest of the debts must be backed by assets sitting in equity, commodities and real estate?

While it all does not seem like a big deal yet because nobody is panicking like they were in January and nobody remembers that they had said “all bets off” when we see a 3% in 10-year because companies have never had such good earnings expectations and, for a new record, speculators have never in history been more short US treasuries.

Thus we have come to a certain paralysis—a debt market sitting on a time bomb, synchronised, albeit lackadaisical global economic growth, an ageing market cycle that may be in its final innings after 9 years but blistering corporate profits.

Yet we must endeavour to think too much into the matter because a 1% increase in interest rates on the largest ever debt pile in history, will surely eat into the bottom line by a lot more than we can care to imagine. As it is, 20% of US taxes are going into interest payments.

We Just Aren’t as Smart as We Think

When we wrote about our Great Humbling in January, we had been truly humbled by the folks who had beaten us hands down in 2017, in throwing in their lot into the blue-chips, Bitcoin, Nvidia and more, and “not think too much” about it.

They had every right to tell us to shut up and we decided there and then not to volunteer any smart ideas again for fear of being humbled again.

4 months into 2018 and we would brag we are quite ahead in the markets because we have followed the “not to think too much” advice adopted the “go with the flow” strategy that has been perfectly summarised by former fund manager who now writes for Bloomberg, Richard Breslow, where the trick is to stop fretting about not having any great ideas but to take comfort in the thought that “the counterparty to your last trade doesn’t know something that you don’t.”

Somewhere in the backs of our heads, we know that something is not right and we could produce a dozen commentaries by renowned economists and interviews with Bill Gates, Jonathan Tepper and gang who think we will soon approach another financial crisis but we will not.

We do not need any more gloom than the deaths we have been reading about and after thinking and reading long and hard, we found a glimmer of life.

Yes, life. Because Temasek and GIC have both been busy after the Singapore Budget and have gone to make the top 20 in the global M&A rankings this year, beating serial M&A giants, Blackstone and Softbank in investment pledges.

Table of M&A rankings year to date 2018, compiled from Bloomberg

This is no mean feat because GIC only managed to close US$26.9 bio for the entire 2017 and Temasek was at US$8.7 bio for the same period.

The Temasek and GIC Indicator

We have been scathing in the past due to our ignorance, suggesting that Temasek timed the market top back in Dec 2007 when they bought Merrill Lynch at $51.99 per share before Merrill was acquired by Bank of America 9 months later at $11.64 per share and the other time in 2013 when they bought ICBC shares before they plummeted, we would stand corrected because Temasek and GIC have done well to be the biggest contributors to the Singapore Budget in 2017 and will continue to be in the years ahead.

Thus, it makes sense to ramp up the investments to keep those returns steady.

Let’s take a look at the data, holding our breaths.

Wow! Headlines in the past 4 months:

It is a long list of deals that are coming fast and furiously, interspersed between all the other stories of the fatal traffic accidents.

For all the gripes about Temasek and GIC, they have changed their investment style over the years, preferring private securities and private equity over publicly traded ones after past public backlash over some of their investments.

Private securities and equity suit the private companies that our sovereign wealth funds are and avoid the scrutiny and critique over their long-term approach which ordinary people would not understand.

Nevertheless, private securities and equity are usually priced off market valuations of the rest of the world which is a good indicator of their assessment of market health if they are going on a shopping spree this year. That is a real glimmer of life and hope with all the dreary talk of a market crash although a market crash would affect publicly traded securities in a bigger way.

Back in 2007, for the sum that RBS, Fortis and Santander paid for ABN, they could have bought over Barclays, Northern Rock, Bradford and Bingley, Lloyds Plc and Marks & Spencers a year later.

It was an egregious mistake that results in the buyers themselves having to be bailed out for the amount of debt they took on.

Back to the debt story, Temasek takes on little debt and GIC, almost none that we can think of, besides the monies from the Ministry of Finance. That is something few can afford to do.

Indeed the US’s gross national debt spiked $1.23 trillion in the past year, at an accelerated pace when it jumped 1 trillion between Sept 2017 and March this year and we are trying hard not to think too much into it even as Libor has risen above the S&P dividend yield which is a possible red alert.

Back to the death story, we cannot cheat death and Hong Kong is lucky to have the Ting Hai effect—“the stock market phenomenon in which there is a sudden and unexplained drop in the stock market whenever a film or television series starring actor Adam Cheng is released.” At least they know why it happens sometimes.

We will pray for the safety of those Go-Jek and Grab cars in Indonesia and our own safety here in Singapore against vicious Silver cab drivers.

And should the markets capitulate in the coming weeks or months, the Heavens forbid, can we say that Temasek managed to time the market top this time round again? Maybe.

Global managers can pitch to me again and again that China’s new wealthy are becoming more sophisticated and more reasonable about returns. The truth is, they’re not.

Automobiles
The First Brabham BT62 Hypercar Is Ready to Compete
Travel
A Bibliophile’s Guide to the World’s Most Beautiful Bookstores
Influential Brands
Influential Brands 2018 CEO Asia Summit: Women Leaders and Digital Innovation
Bonds
Why Are Singapore Government Bonds One of the Worst Performers in the World This Year?
Love
Short Modern Love Stories: ‘At 16, I Was Pregnant With My Son.’