Dog Days For The US Dollar and Other Thoughts 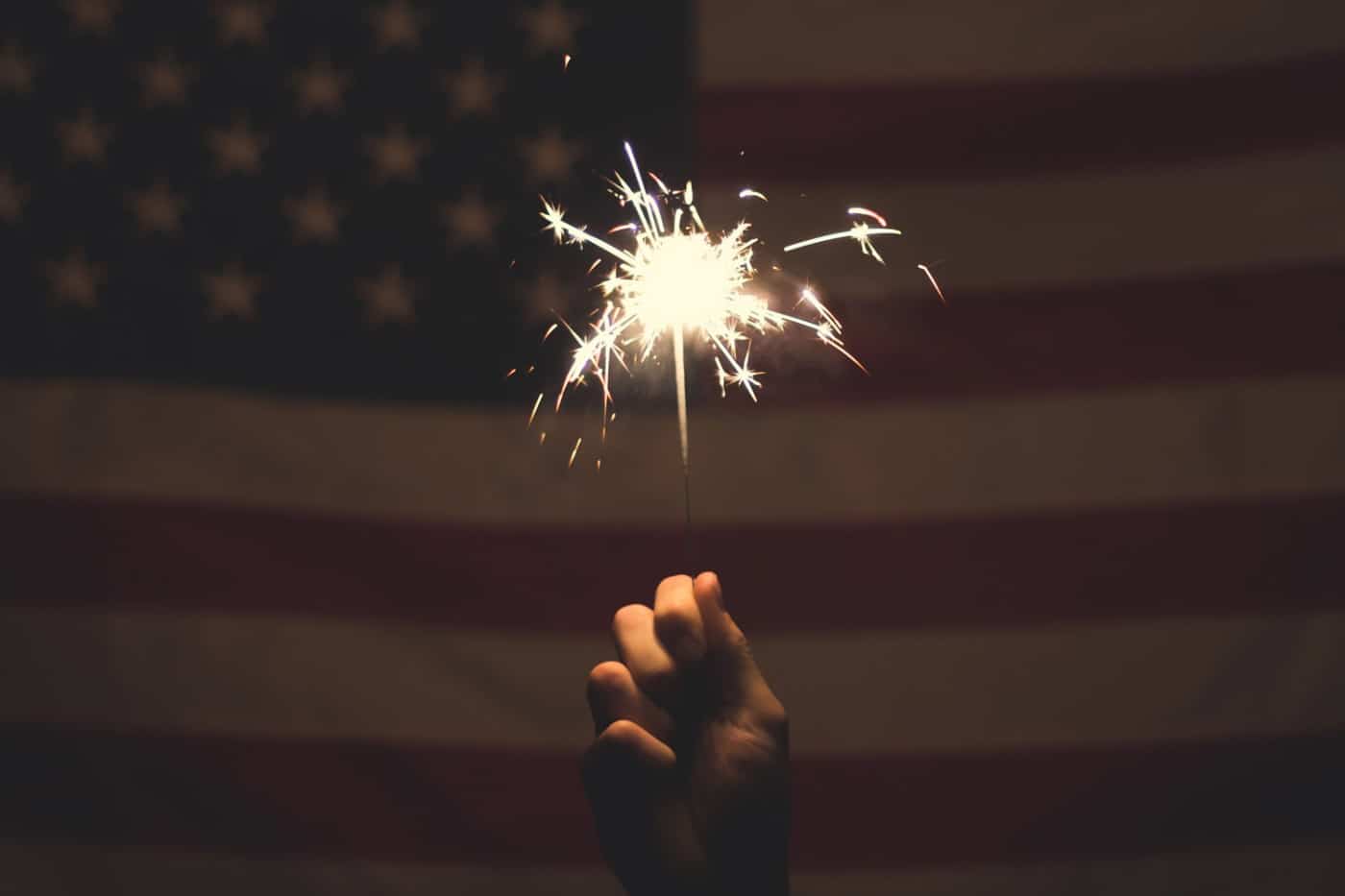 Dog Days of Summer—“the hot, sultry days of summer. They were historically the period following the heliacal rising of the star Sirius, which Greek and Roman astrology connected with heat, drought, sudden thunderstorms, lethargy, fever, mad dogs and bad luck.”

There is something afoot in Singapore as a murder took place in the heart of the CBD last week in broad daylight, diverting our attentions away from the Oxley saga, now taken private, yet dividing our opinions once again, some folks rooting for the accused and others, the victim.

Friends were scrambling to check on their mortgage re-fixings after our SIBOR alert piece last week. Yes, 1% SIBOR is for real. Yet their relief when SGD dollar forwards collapsed, thereby lowering SOR, was short-lived. And as if to make mockery of us, the 1-month SIBOR went on to fix at a record 12 month high of 1.04743% versus 1M SOR at its lowest point for July at 0.67329%. Now why did they have to raise SIBOR in the first place?

It is one of those moments that arrived just in time to coincide with the grand opening of WTF at Holland Village, as I have been informed by those invited for the party. And the extra slap in the face comes with the headline that SOR-pegged loans have been taken off the market, which is at least good for bank profits in general.

We are not here to ask too many questions, witch hunt or do the ombudsman’s job. The S$16 billion takeover of GLP, Asia’s biggest buyout, is easy enough excuse for anyone who has to answer any uncomfortable questions, explaining the extraordinary SG dollar strength against her peers in the NEER basket and beating the USD by over 5% this year.

For it is obvious that we are not the ones burning in such desperate times if people are willing to lend their SG dollars cheaply at 0.67% for a month just to borrow the US Dollar. Surely there cannot be such scarcity of US dollars because It Is So CHEAP, being the worst performing currency in the world for 2017, just managing to only barely beat the Turkish Lira, Hong Kong dollar and the Philippine Peso.

A week of new records, and it is just as well that the US dollar is hitting rock bottom since the surprise US election results last year, because S&P 5 00 closing the week on Bastille Day at sky high. This is in spite of less than rosy economy data whitewashed by strong earnings as an all-time record quarter for JP Morgan made banking history, without much help from their traders but, possibly, helped by the weak USD?

JP Morgan did the right thing to pull their clout with CEO Jamie Dimon launching a tirade against the US federal government’s dysfunction since the elections and expressing his “embarrassment being an American travelling around the world and listening to the stupid s—“.

It has not stopped President Donald Trump from feeling mightily vindicated by the stock market for his naught efforts so far, as his health care and tax reforms look further away than ever. He closed the week feeling high with his final tweets, taking credit as usual.

On the subject of taking credit, US stocks, trading at CAPE P/E ratios that are higher than pre-1929 levels but lower than the Dot Com bust is causing alarm all round as pundits bemoan the stretched valuations. Yet, the US is nowhere near best-performing stock markets of 2017 when adjusted for currency effect.

With the S&P 500’s gains of 9.85% this year, an investor from Europe would hardly be celebrating, considering the US dollar’s 9.05% loss against the Euro dollar for the same period while the US investor into Germany’s DAX would be overjoyed by the index’s gains of 10% and currency gains of 9.05% – a double happiness.

We Really Have To Thank Donald Trump

It is overdue thanks that we have to give to the US, not just for the comedy in White House, but for their lack of progress in achieving every single one of President Trump’s campaign promises, the delays in the healthcare and tax reforms, and the upcoming debt ceiling, for the gains in the rest of the world today even as the “One Belt, One Road” Chinese initiative kicks off.

If we total up the gains of stock markets and currencies against the USD, even embattled Colombia comes up looking respectable at 9.22% versus the S&P’s 9.85%, Japan and the UK are both not falling short, as every other major country in the world delivered higher returns than the US, for 2017 so far.

Table of Stock Market and Currencies

Dog Days for the US Dollar

The US dollar, which broke its 13-year high in January, has been decimated since and is back down to its pre-election lows. That works out well for US exports and offshore profits although we have seen 2 rate hikes this year.

It is rather daunting that the USD Fed Funds rate at 1.25%, towering over Euribor at -0.385%, has not deterred the Euro’s 9% rally against the US dollar, as speculators suffering a slippage of 1.635% in running their Euro longs as Swiss franc speculators suffer a 2% loss per annum in carrying for their 5% gain, year to date – small losses for the brave who have been rewarded handsomely.

While we know there is demand for the US dollar, as in the case of Singapore where folks are willing to lend their SGD at a steep discount to SIBOR (1.04743% – 0.67329% = ~0.37%), just to get their hands on USD, we also wonder why the US dollar is such a dog, even if the experts cleverly spin their tales about the macro and technical aspects of the matter.

In other places, US dollar demand is also leading to such premiums which should come as no surprise as German bunds are only yielding 0.59% for 10 years and the Japan government only pays 0.07% for the same when the US treasuries are giving a rich 2.33%.

Nonetheless it is apt enough that the Dog Days of the US dollar, should fall in July, the month where the real “dog days” fall (somewhere between 3 Jul – 11 Aug) as one of the worst droughts in decades devastates South Europe and their crops and floods displace folks in Japan, China, India and parts of the US.

It probably has nothing to do with the trillion ton iceberg, Larsen C (that broke off the Antarctica a few days ago), not causing sea levels to rise more than 0.1 millimetre unless it succeeds in bringing down the rest of the South Pole.

It is probably due to the trading slump in Wall Street giving traders little impetus or compunction to do much as we read about the precipitous decline in trading revenues, as Bloomberg reported on bored traders on Tinder.

There are reasons to believe that the dog days could be coming to an end not because summer is coming to past, but rather because the Fed will be shrinking her US$ 4.5 trillion balance sheet soon. As hiking interest rates does nothing to money supply, solely affecting borrowing costs, the act of hiking interest rates does little to overall market liquidity. Selling bonds is another matter altogether, draining liquidity from the system.

Given that the US president has not managed to get his agenda through, namely in healthcare and tax overhauls, we still have those to look forward to. The tax plan would be of particular importance for the HIA, Homeland Investment Act, that would bring the offshore US dollars back to America’s shores, creating shortages where they are currently parked.

Furthermore, we have more White House incompetency to thank for a massively miscalculated, by US$ 250 bio, budget deficit that needs funding. That should nicely drive up borrowing costs in a time when the Fed will not be there to buy those newly minted bonds coming from the Treasury dept.

It is easier to buy those US dollars when you know there is demand to borrow (not buy) them. Dangling the 1M SOR at 0.67% is of no use to us when we are borrowing at 1M SIBOR which is 1.04%.

Take comfort and know that the US has now the 3rd highest short term interest rate in the developed world, after Australia and New Zealand.  A world where more than half the countries are still in negative rate regimes. Currency traders and speculators are taking on heavy burdens in shorting the US dollar which probably explains why the urgent ramp down of the US dollar because every day is a loss of carry.

We are not the biggest fans of Donald Trump and his policies or threats and eccentricities. In fact, we are glad he is plagued by his personal problems of Russia and more Russia, leaving him little time to work on the country, which has been doing a good job if we use the stock market as a gauge of economic health.

And that is exactly what we intend to do to challenge the lethargy of these dog days and nights with stocks and currencies sitting on out-sized returns and nothing much else to show except for the battered US dollar that we are starting to like.

Invest
Insights
A Look at Singapore’s HENRY (High Earners, Not Rich Yet) Generation
Invest
Insights
How To Get Rich In Singapore?
Invest
Insights
The Triple Whammy of AAA Singapore’s Monetary Policy
Dog Days For The US Dollar and Other Thoughts
By Ed Chan
© 2023 High Net Worth All rights reserved.
Privacy Policy | Terms of Service