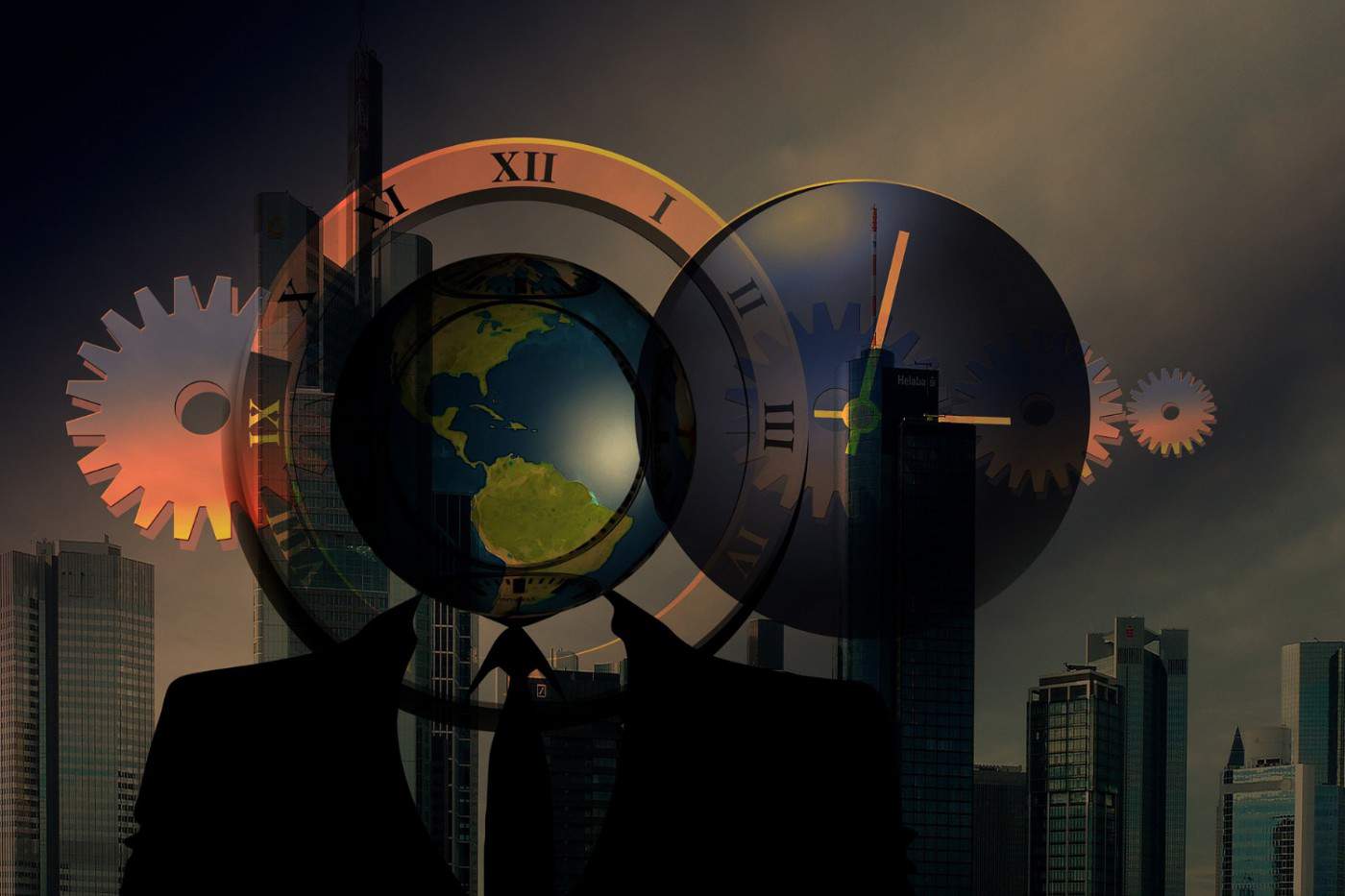 Bus fares reduced by 4.2% from Dec 30, with fewer people laid off in the 3rd quarter even as the MAS warns that the economy is not expected to improve significantly next year, folks of the central business district are mostly dismayed by the news that iconic Golden Shoe hawker centre will be demolished to make way for an office block which has the double whammy effect of taking away the cheapest car park and lunch spot for the townsfolk.

Market street will be the dimmest street in Raffles Place after the new 280m building comes up that is guaranteed to block the last traces of light from the street that is not already obscured by One Raffles Place but they have promised a new hawker centre in its vast halls. Now the carpark will be a bigger problem for Golden Shoe is the largest carpark in town with 1,053 lots and the new building will not be obliged to house that many lots.

It speaks and reeks inflation because the next cheapest carpark (which is fully taken up) cost 20% more and the worst bit is that you cannot even save money for parking with a cheap lunch because there is no cheap lunch left.

Conclusion: The bus fares cuts should partially offset the increase in lunch cost or we can eat less to lose weight.

There are plenty of headlines on the topic of inflation these days, till our eyes start seeing things because the Straits Times is re-using photo illustrations on their posts a week apart (cost cutting measure perhaps) or to emphasise a point?

The Message Is Clear

Almost a daily bombardment of headlines, stressing the slower trajectory of growth besides the health scares of our national leaders whose health we are praying for daily.

And it does not get better than this one.

Or this other headline that PMETs (professionals, managers, executives and technicians) are hardest hit by job losses which basically explains the above lack of wage growth story. That the middle aged PMETs are the hardest hit makes perfect sense because if I were a currently employed PMET, I will not be hiring my peer group or their superiors to jeopardise my own position for sure, and for fear of their superior experience (who cares about the company more than their paycheck?)

The sentiments onshore are poorest in the region as Singapore companies bear the brunt of the global slowdown in their roles as commodity middle men, as a global shipping hub and capital markets centre. The slowdown has hit Singapore hard and fast with 5 bond defaults so far in 2016, 1 in 2015 and never any other bond defaults except for Lehman SGD bonds in our lifetime as we pointed out last week.

It is hard to be optimistic when we are bracing for a period of tepid growth or even worse, a technical recession. It is even harder to be optimistic when the US economic outlook is starting to look rosy but our biggest trading partners, namely China and Malaysia, are not looking too hot.

After reading the latest Recent Economic Developments In Singapore report by the MAS on 2 December and the broad based decline in GDP, with trade looking very weak and financial services showing their first decline since the crisis, with only the  info-comm looking promising after suffering for the past 2 years.

With the top words in the gloomy read being “decline”, “dip”, “uncertain”, “modest”, “contracted”, “weakened” and more, the key takeaway is that “growth in domestic-oriented sectors … such as healthcare grew strongly… overall services inflation eased to 1.4% in October as a decline in telecommunications services fees more than offset a stronger pickup in healthcare costs.”

The good news is that we are managing this slowdown rather well—personal bankruptcies are on a decline and discharges from bankruptcy hit multi-year highs.

Yet, Singaporeans could be digging deep to keep up with appearances because pawnshops have been seeing very good business (which makes it time to take another look at Maxi-Cash (Aspial), MoneyMax (Soo Kee) and ValueMax).

As we have explained in Investing in Austerity—Chasing Michelin Hawkers, “You do not need GDP numbers to talk to you to know that the economy is roughing it out just from the observation of the sore absence of birds-nest gold-flaked mooncakes in Change Alley this year”, chasing Michelin hawkers could have been the main reason why restaurant food prices are showing a slower increase.

Meanwhile hawkers are starting to turn around, rising 0.2% between Sep and Oct this year and fast food continues to power away up 2.4% on the year, I suspect, because of that new McDonald’s gourmet burger line?

With pessimism gnawing at us and companies alike, it is no wonder employees feel the stress more than ever before and I have been getting earfuls from old friends who complain of “multiple stabbings” within the year, strangely, from superiors more than peers, because high-cost “superiors” are always more at risk during downturns.

There are too many reasons to fear besides the propaganda machine ringing the death knell for Singapore and her future our uncertainties rise as we said last week, “China has now seized some SAF armoured cars in transit, India is pushing for Gujarat to rival the Singapore derivative markets, China plans to build a new S$ 14 billion dollar port in Malacca after building a “scary” US$ 100 billon city a stone’s throw away from Singapore borders”.

Throw in Donald Trump and Dueterte and gang, and we are definitely outside our comfort zone.

And the ordinary guy who has bills to pay would certainly fear for himself in this dog eat dog world,  lashing out at his nearest competitor, in other words, his colleague? Rather than try to outdo the Chinese, which is too hard?

One dear friend of mine has lost all empathy in his struggle against the “nasties” in his workplace, now finds little sympathy arising when estranged colleagues succumb to illness. For stress does lead to things and being nasty is probably “stressful business”.

Alas, recently, a healthy acquaintance suffered kidney failure which was apparently stressed-induced as well, and subsequently developed diabetes as a side-effect of treatment. Unfortunate chap yet he is not alone if we examine what is happening under Singapore’s hood.

Hospital admissions have soared! Yes, we can blame Zika for it since July but 2016 has seen sustained hospital admission levels that have been climbing stealthily since the 2008 crisis.

And it is not just hospitalisations, polyclinics are booming business along with visits to the specialist outpatient clinics if we examine the data below.

Some may argue that it is the aging population to blame but surely it cannot be all old people’s fault when Singapore has the 2nd highest proportion of diabetics in the developed world in 2015, according to the International Diabetes Federation, with a higher proportion of younger people afflicted.

And wait a minute, before we blame it on the cupcakes fad or the salted-egg-yolk-with-everything fad or whatever new fad in town, stress plays an undoubted part too and not just because we eat more when we are under stress. MRT train failures can be a huge cause of stress and perhaps someday we will find a correlation to stress, hypertension and all those nasty things that cause us to backstab co-workers, lash out that the driver in the next lane and thankfully, we have not had incidents of stabbings or such on our trains.

The fear factor has risen globally. Half of American who voted Clinton is afraid of fascism and all the discrimination that comes along with it while Singaporean workers fear for their jobs, wage growth and their real estate wealth.

Yet if we want to lessen our worries about losing the job or our investments, the best hedge would be to Eat, Pray, Love and bet on the industries that would benefit from Singaporeans’ stress related illnesses—hospitals, hospices, nursing services, undertakers, funeral parlours, lunatic asylums and all that. For the less morbid, then yoga meditation centres, yoga retreats, life coaching, gyms, rehab centres, exercise apparel, health foods, vitamins, private security companies that we wrote about in US Elections: To Win the Battle and Lose the War and such, though we should note that cycling the roads and running marathons are highly stressful activities, as I was informed by a friend who completed the half marathon today in a crowd of over 50,000.

To survive—outwit, outlast and outplay.  Personal experience tells me that we do not feel better when the office bully dies, in whatever manner. Nonetheless, happy workplaces will be a thing of the past as I get reports from friends still employed, of the Trump’s and Hitler’s rising in their organisations, the Gestapo spirit reviving as people grow anxious about their futures. And the sad truth is that it looks like most employees will not be working in the interest of the company more than themselves in the degeneration of the workplace as they cull or be culled.

We could all try to make ourselves feel slightly better by playing some Pokemon Go (which is banned in many organisations), or even better, burning the stress off by making some money for that more expensive lunch and carpark in the CBD.

Automobiles
Aston Martin DBX707 Is the World’s Most Powerful Luxury SUV
Dining
Nanyang Sauce Is Worth Your Salt
Trendsetters
Andre Chiang
Insights
In an Era of Covid-19, Here’s Why Marketing and PR Are Essential to Your Business
Insights
Women’s Forum Singapore 2018: On the Politics of Gender and Race with Leah Daughtry