Fear and Greed and Cashing Out on the Jaws of Death 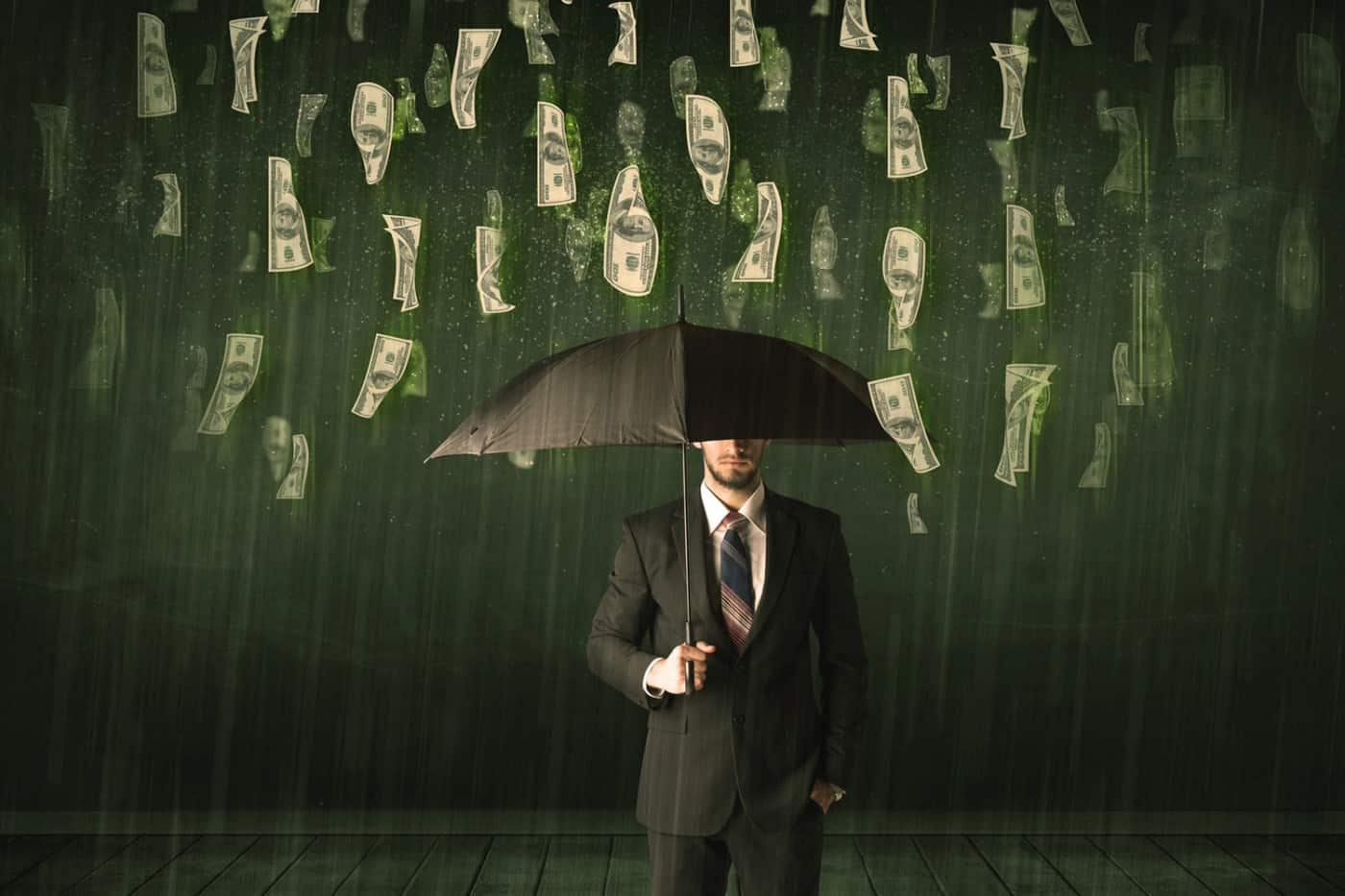 Singaporeans’ spirits are up this week of the Chinese Hungry Ghost month, playing Pokemon on the Go (and on the jobs, too), celebrating SG51 and capping it off with a first ever Olympic gold medal that brought queues to Singapore Pools for Joseph Schooling’s magic Olympic record timing that sold out in apparently less than an hour after his win leaving undeterred 4D enthusiasts to buy out Michael Phelps’ timing instead.

What a week it has been for records in bond and stock markets as far as records are concerned, given that investors have been addicted to records since unconventional monetary policy has been adopted by major central banks around the world and how can we have a dull week with the Dow Jones, S&P 500 and the Nasdaq all closing at their record highs, a trifecta, on Thursday, in synchrony and never before since 1999?

Really nothing much can beat the pile of negative yielding bonds which has swelled another 300 billion to $13.4 trillion and a new record, from last week’s $13.1 trillion adding to the feeling of surreality that only an Olympic gold in a billboard event like the Men’s 100m butterfly can match as UK gilt auctions led the way with a new record low of -1.72% yield for a 2036 inflation linked bond versus last month’s -1.58%.

Nobody likes to pour cold water or be the bearer of bad news but humans get imaginative in their resilience to uncertainty that losses can become boasting points as I recall meeting an investor tucking away happily into his meal as he lamented owning a large number of distressed bonds in his portfolio which he had bought at launch, unlike a friend who is gloating over his windfall in Gulf Keystone bonds that have netted him about 70% return in a month after he bought them.

And the bad news is that financial stress is rising but largely ignored as temporary because it is assumed that the new Money Market fund rules about to hit the US in October is causing the US 3M Libor rate rising to its highest level since 2009. The new rules effectively shuts down the commercial paper market because money market funds can no longer buy short term <1 year papers which are typically issued by foreign banks (who need USD).

UBS sees this impact as about US 250-500 billion which is really not a lot in current market terms and just about $ 6.9 trillion of debt is pegged to the 3 month Libor so just about $ 14.2 billion more in interest to pay, as Bloomberg points out.

Yet, Bloomberg also notes there could be another reason for the higher short end rates, which is the demand for USD in all the countries that are running on negative and that has been verified by my good friend, a repo trader, who was recounting to me that the borrowing costs for USD in Japan, EU, the UK and even Singapore, are rising above or at that the same levels as the usual-culprit premium borrowers like Malaysia.

What Is The Upside Left?

As I said last month, “Are WE ALREADY IN A BLACK SWAN? 10 trillion of negative yielding debt? Whose values are eroded daily, along with the savings of Europeans, Japanese, Danes, Swiss and Swedes as Commerzbank considers storing cash in vaults instead of with their central bank and hedge fund friends sit on cash piles of their own, nice and dry.

The typical assumption for periods of hoarding cash at high levels is that it will be followed by a bout of fierce re-capitulation of risk taking activity, in short, a mother of all rallies.”

It did happen. Sovereign bond yields and stock markets are at record price highs but, strangely, investors are also stockpiling cash to offset economic despair, FT wrote that “the US Association for Financial Professionals published a survey of corporate treasurers. This suggests that, far from becoming cash-averse, they are planning to increase rather than decrease their holdings of cash this summer. Indeed, they are more enthusiastic about cash than at any point since 2011.

A separate survey of investors from Bank of America Merrill Lynch echoes this point. In July the world’s biggest asset managers said they had 5.8 per cent of their assets in cash. The level has been rising this year and now stands at its highest point since November 2001, in the wake of the 9/11 terrorist attack on the World Trade Center. Remarkably, it even tops cash holdings during the post-Lehman panic in 2008.”

These are troubled times when investors are buying bonds for capital appreciation and stocks for income.

So who is doing all the buying?

1. Folks who have no choice but to buy such as the mutual funds and committed-to-buy central banks

2. Speculative funds who are buying ahead of the folks who have no choice but to buy and ahead of the stockpile of cash lying on the side. A key bullish indicator for the market is the lack of bullishness among most investors, according to famed market technician Ralph Acampora of Altaira Capital Partners. “I’m so excited, because no one’s excited,” he said.

This has led to a nice gapping Jaw of Death pattern in the S&P vs 10Y yield chart – both at near historic levels of highs and lows.

Indeed, the speculative accounts have not been this long the 10Y bond since early 2007, pre Lehman, and longs in the S&P futures are sitting at their highest in 12 months from both retail and institutional accounts.

That brings us to our point du jour—What is the Upside Left?

Both Bill Gross and Jeff Gundlach think we have hit the upper bound in terms of gains for the bond market and really scrapping the bottom of the barrel for returns. It is relatively easy to gauge, 10 year US treasuries from 1.5 to 1% would net another 4% capital gains, if it happens although that would be massive history in the making on its way there.

The biggest concerns for the European investors right now is the impact of asset misallocation due to negative yielding assets.

As we summarised last month in our Prisoner’s Dilemma Assessment of the Market.

1. Since the Global Financial Crisis, unconventional monetary policy has led to the record amount of negative yielding assets.

2. El Erian (ex PIMCO) said people are investing based on relative returns over other assets rather than the fundamental of the asset itself.

3. There is a rise of “blind buyers” because “stagnant policy minimized investors’ need to make decisions about the path of interest rates” …. Thus active portfolio management has become a thing of the past.

4. Historic highs for both the US bond and stock market may be flashing red signals.

El Erian also said 3 years ago there will come a point when “the private sector will increasingly refuse to engage in situations deemed excessively artificial and overly rigged.” He has been wrong until now thanks to the FT report mentioned above that “in July the world’s biggest asset managers said they had 5.8 percent of their assets in cash… highest point since November 2001… even tops cash holdings during the post-Lehman panic in 2008.”

Daily we are increasingly coming to the realization that the main profiteers of this round of unconventional monetary policy are the central banks—who own most of the best performing assets in the world i.e. their sovereign bonds as well as the wealthy who can access the capital to profit from capital gains.

Too many negatives have not made it negative for stocks. Why are stocks trading at record highs when economic growth has been portrayed as, at best, dismal even with the aid of central bank policies? For the happy headlines week that Singapore had, the dampener has been the largely unnoticed downgrading of her economic growth forecast by the Ministry of Trade and Industry on Thursday.

This defies the statistics that “net inflows into global equity ETFs are tracking for the worst annual inflow in almost fifteen years” yet stock buybacks are new the “optical” tool to make EPS look better especially against negative yielding (but capital gaining) bonds. More importantly, it defies fundamentals because analysts are expecting a 6th straight quarter of profit contraction for the S&P 500 going into September.

I am not one for flash crashes but it is becoming obvious that the megalomaniac central bankers are running out options and we do not know why they should be worried because stocks and bonds are at record highs and extreme greed levels have been driving the markets this year so far, noting the chart from CNN that shows markets trading at elevated Greed levels in recent months. Yet they are still clinging to the dim economic outlooks that is disorienting markets and losing investor confidence but gaining fan droves in speculators.

For the doom gloom pieces I have been churning out over the past 2 months, it is time to put the money where the mouth is as we head into the most important Jackson Hole Economic symposium we had in years because Yellen has decided to grace this one on the 26th of August.

And there is no better time to cash out and cash up and cash down (to go short), than at the highs—Jaws of Death.

For the Olympians, its a long good rest after the games. Even for our national hero, Joseph Schooling, what is next after the Olympics? Someone told me it is still National Service for him.

Invest
Insights
A Look at Singapore’s HENRY (High Earners, Not Rich Yet) Generation
Invest
Insights
How To Get Rich In Singapore?
Invest
Insights
The Triple Whammy of AAA Singapore’s Monetary Policy
Fear and Greed and Cashing Out on the Jaws of Death
By Ed Chan
© 2023 High Net Worth All rights reserved.
Privacy Policy | Terms of Service