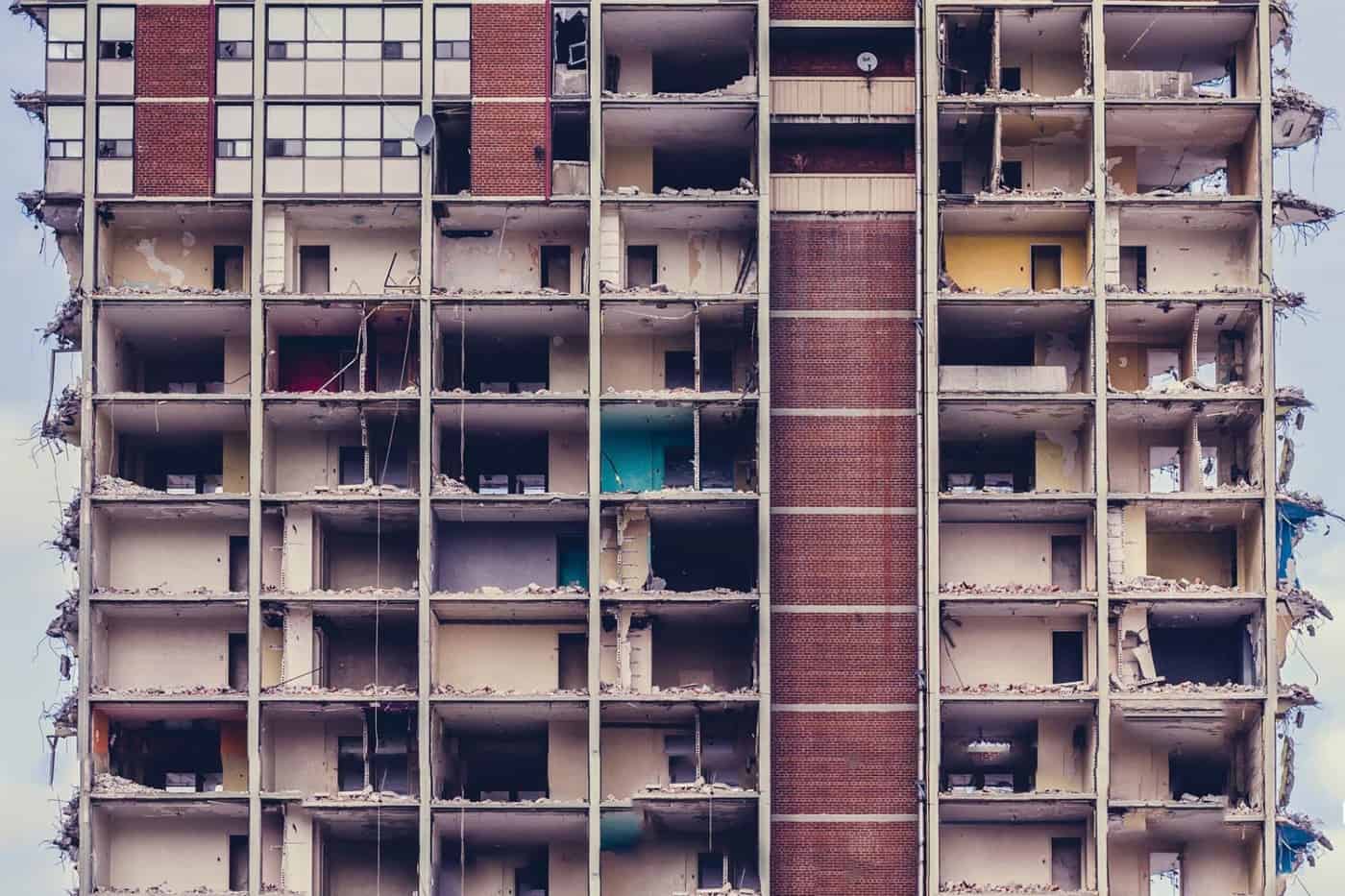 Midsummer has passed and long hot days are back to haunt us, drain the spirit and enfeeble the mind. Over lunch with a friend, we could not wait to pour out our grief and frustrations with the markets that we cannot verbalise except for the inkling that something is not quite right, that we cannot seem to put a finger to.

That it is true that we would not be the only ones feeling lost and alone, as it is a fact that the CIO of a big fund would admit to feeling the same way himself, being unable to envisage a discernable outcome for the current state of the markets.

Who would blame the number 7? The mostly likely favourite number of people around the world, with the 7 colours in a rainbow and the 7 wonders of the modern and ancient world, in addition to its celestial significance with many religions and their texts.

Modern history backs the 7th year of the decade as traumatic affairs, looking back at the Global Financial Crisis a decade on, and the “unlucky” 7th month of July when “during the week of July 16, 2007, Bear Stearns disclosed that the two subprime hedge funds had lost nearly all of their value amid a rapid decline in the market for subprime mortgages”.

Exactly a decade before the Bear Stearns, we had the Asian Financial Crisis in July 1997 and going further back, the Black Monday Crisis in October 1987, an event in history that overshadowed the Louvre Accord signed in the same year to halt the slide of the US dollar against the other majors after the Plaza Accord of 1985.

1977 was no less tumultuous, being the year Jimmy Carter began his US Presidential term and the era of Paul Volcker as Fed chair as markets battled the oil crisis. More significantly, the 22nd of July 1977 was the turning point for China, when Deng Xiaopeng returned to power after a decade long Cultural Revolution that started sometime in 1966. 1977 marked a turning point for the world, not just with Elvis Presley’s death, the space shuttle or the debut of the Star Wars franchise, but with the incorporation of Apple Inc and Oracle Corp, which will become the most important and valuable companies in the world 4 decades later as we prepare for a new era of the technology life cycle to go down in history.

1967 was the peak of America’s involvement in the Vietnam war and also hosted famous 6 Day War in the Middle East and the first of the oil embargos that led to the first Oil Crisis of 1973-74.

Lest we forget, 1957 was the year of the first bear market since the great war, in modern history, caused by the Eisenhower Recession, that most of us will not know much about.

Digging up those economics textbooks, we can also find the 1907 Banking Crisis, a 50% crash caused by market panic, bank runs and bankruptcies. Oddly enough, for a juicy bit of trivia, the famous Tulip Bubble or Tulip Mania peaked in March 1637. It is possibly significant that 380 years later, in 2017, Tulip Fever, a movie starring Alicia Vikander, is set to open in theatres on 31st August.

End of the conspiracy theories and baseless speculation or we will be talking about why nothing has been right since David Bowie died.

Remembering the Asian Crisis From Our Perspectives

Link to a good read on the Asian Financial Crisis.

A few of us were around during the Asian crisis, even if we were fresh-faced recruits wondering if it was normal to have a room of people in the treasury departments screaming and shouting at each other day in and out, seeing these grown-ups slumping over their desks, some covering their faces in despair, as we ran around collecting deal slips and faxing them to the back offices.

We only have stories left of that era in the life of the markets, tales of folks who prospered and those whose lives were decimated in the aftermath, sparing a thought for the 172,000 odd, mostly Singaporean investors, who lost $4.47 billion in Malaysia’s CLOB shares.

It was a time when banks had to pack in those overtime hours because the system could not accept 4–digit interest rates, much like how systems could not cope with negative rates more recently. Yes, because systems were not designed with > 1000% in mind, with the cap, then, at 999.99%. Manual overrides and computations took over, in those accounting entries and system inputs for settlements. Calculations had to be precise and according to protocol that many traders today are unable to do – cut off at 4 decimal places or rounding up, some to 6 decimal places, rounded up.

Traders who had run mismatched positions for 5 months, loaning money out at 4% and borrowing daily at 3.5%, found themselves covering at over a 1000% for short-term funds, making a mockery of their profits till then. Then we had the traders who raked it in from the business of those central bank interventions, the lucky ones who came out on top.

The unprecedented volatility took everyone off guard, panic spreading quickly from Thailand to Indonesia and up north to Korea as we are haunted by images of South Korean housewives lining up to donate their personal gold to the government in a public campaign to save their economy.

The solidarity of the countries back then made Singaporeans proud when Singapore led the IMF rescue fund with her pledge of US$5 billion (of the total US$ 43bio) to help beleaguered Indonesia even as Singapore fell into hard times, herself although we cannot blame CLOB share investors for their displeasure then.

Yet, thankfully, the crisis was well contained within the borders of Asia as the Nasdaq continued to froth in the West, coming to a head in 2001 when the dot-com bubble burst. [It is probably different this time round with our new historic highs and with our different mindsets.]

Jobs were lost back in 1997 when the Malaysian ringgit peg was put into place, with no more need for the MYR spot trader and the fx-forwards trader too, and we are thankful there were not too many offshore MYR bond traders then. The Indonesian rupiah and Thai baht trader were also gone as the G7 currency desk was collapsed when the Euro came about at the turn of the millennia. Money broking firms folded, merged or acquired, in industry-wide consolidation. Equity folks suffered more redundancies as the stock markets melted, volumes slowing to a trickle and speculation died for a few years.

Those were difficult and unpleasant times with en masse re-deployments, retrenchments and freeze in hiring as the NDF markets grew in importance, benefiting the early birds and those traders who eventually went on to make names for themselves as market legends, lucky enough to be in the right place at the right time, and leave the markets for hedge funds or retirement later on, long before the rate fixing scandals of 2013.

Looking back, it was 1977 that saved 1997. If Deng Xiaoping did not embark on his industrialisation project 40 years back, China could not have stepped in to fill the gap for Asia 20 years ago. 20 years on, and it is Indonesia and India, the new darlings of the Asian growth engine.

For the ones who survived the Asian Financial crisis like us, the opportunities arose to become part of the rapid financial boom to follow, armed with skill and experience to tackle the dot-com burst, WorldCom, Enron, Argentina, the Sep 11 attacks, the second Gulf war, SARS, close shaves in the credit world of Ford, GMAC, Korea and more, the Lehman crisis, Greece, Cyprus and all. It is not to say, we have seen it all because we missed events like LTCM, Barings Bank and the lot before we arrived and it is safe to say, nothing has prepared us for the new world of Brexit and Bitcoins, the Donald Trump-like leaders around and the crazy world of endless QE and negative interest rates.

It would appear that a financial crisis of any sort is virtually impossible in this day and age because of the lessons we have learnt in the past and with the stranglehold central banks and countries have on the markets with Italian banks getting another dose of bailout this week. Janet Yellen herself expects no new financial crisis in our lifetimes, as she communicated last week.

No, there may not be another crisis on this day, 20 years later, because markets are now worried that Thailand’s “Super-Baht” may be too strong for its own good.

There are not many people left in the financial markets these days, in the frontlines, who have sat through the nerve-racking moments of prolonged market mayhem and panic. Golly, it has been 9 years since the 2008 Lehman crash even if the seeds were sown in 2007.

20 years since the reunification of Hong Kong is also 20 years on since the Asian crisis. We sit and watch the festivities, remembering the past 7th year of past decades, thinking something is not quite right but we just cannot put our fingers to it.

Insights
Move Over Banks, We Have A New Singularity In Our Lives
Travel
Unforgettable Hakone
Style
Everyday Essentials with Hans Ding
Style
Sony’s New Wireless Speakers Are Equipped With 360 Reality Audio
Insights
43% of Singaporeans Own Cryptocurrency, With 46% Planning to Buy in Next 12 Months

Invest
Insights
A Look at Singapore’s HENRY (High Earners, Not Rich Yet) Generation
Invest
Insights
How To Get Rich In Singapore?
Invest
Insights
The Triple Whammy of AAA Singapore’s Monetary Policy
Hello July 2017 and Remembering The 1997 Asian Crisis
By Ed Chan
© 2023 High Net Worth All rights reserved.
Privacy Policy | Terms of Service