How Does Childhood Affect Adult Success? 10 Heavyweights Reflect on Their Early Years 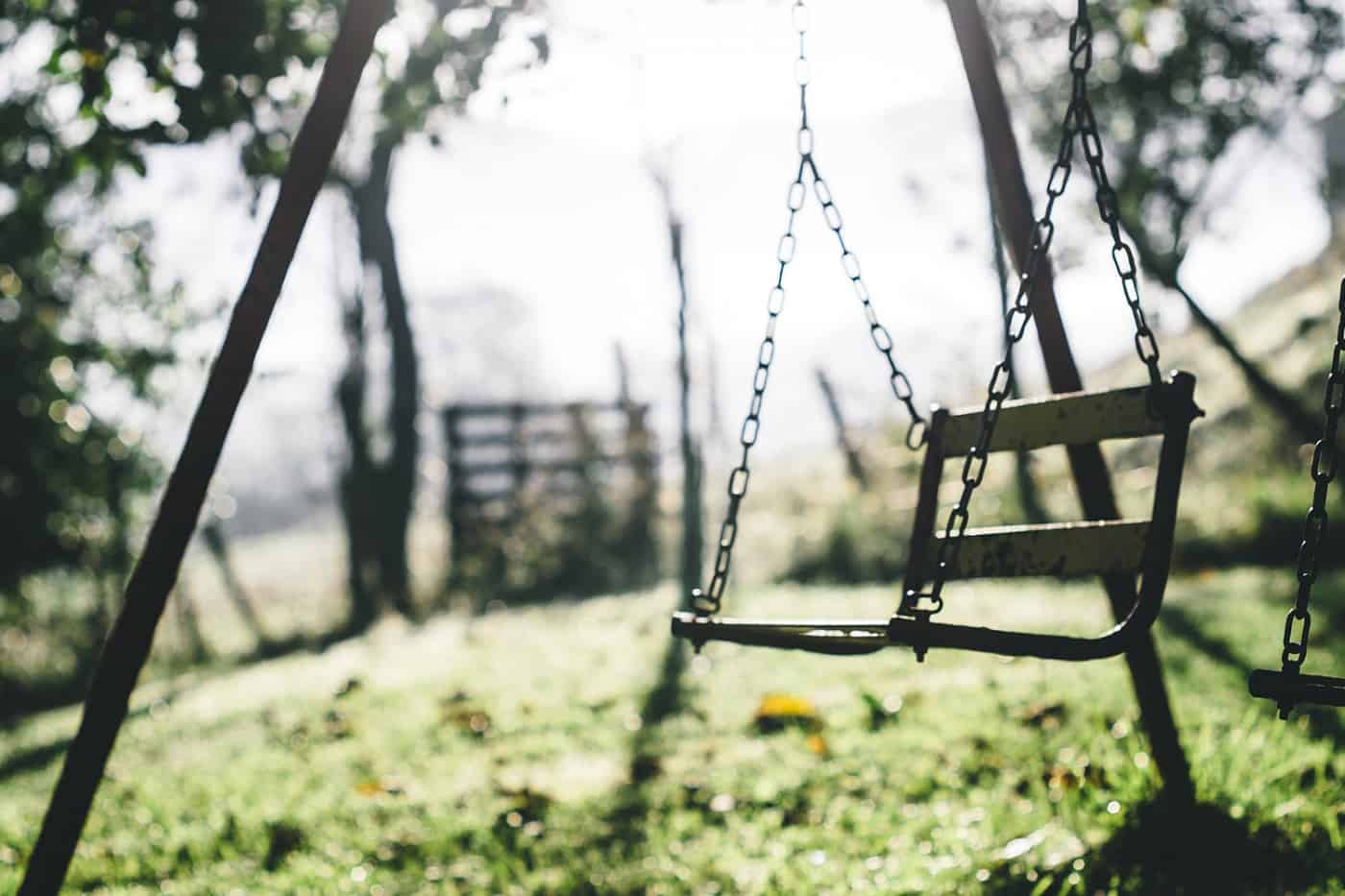 Everyone carries their childhood with them. It doesn’t matter how old we get, or how much we’ve changed. Wherever we go, there’s no forgetting where we came from. We carry it in the scars we bear, the habits we adopt, the love we feel. Our childhood, without a question, affects us in profound ways and informs the people we grow up to be. Trauma, for instance, is a chief predictor of mental health issues in later life.

Other factors, however, such as being raised in a sheltered environment, are less definite in their effects. If we grew up with an entourage of domestic helpers catering to our every whim, will we end up as lazy adults who are ill-equipped to survive on our own? If our earliest role models lacked ambition, will we inherit the same listless mode of existence, too? Or will it serve as inspiration for us to break the pattern and strive to be better?

Having pure intentions as a parent doesn’t necessarily mean one’s child-rearing methods are the best either (read: the detrimental effects of overcoddling). While there aren’t any hard-and-fast rules to raising successful individuals, 23andMe founder Anne Wojcicki believes “trust, respect, independence, collaboration and kindness” are key to producing well-adjusted, well-rounded individuals with an acute sense for problem solving.

Looking back at their adolescence, these 10 heavyweights hailing from the fields of business, philanthropy, sports, and arts reflect on their childhood and how it made them who they are today.

“I was a very independent child because my parents were away in Indonesia while I came over here [Singapore]. They would visit us about once a month. I lived with my sisters and my grandmother took care of us. I had to arrange my own school bus. Even when I transferred school, I had to see the principal on my own. I was very lucky to come to Singapore at a young age, before my sisters, which gave me a better foundation in terms of my English and Mandarin. I wanted to be a lawyer because I liked to argue. My parents said I should be a lawyer. After that, I felt it was too difficult. Maybe I was too lazy. Then I wanted to study communications and be a journalist, but my parents questioned me: are you sure you want to be a reporter? They suggested I study business so I could help my dad in the future. So I did.”

“I’m more of an introvert and I was a very shy child growing up. I wanted to play the piano professionally or to be a librarian. I feel that where I am today is something that I was called to do rather than something that I had planned to do. I am an accidental business owner.”

“I was just like any other kid. I was diagnosed with leukaemia at the age of 4 and at 5, the cancer cells went into remission and my family and I were so glad that it happened. I was able to live my life as a normal active kid. Outside of school, I enjoyed participating in outdoor activities as well as doing volunteer work. Going out with my family and seeing my mum happy, makes me happy too. Just when I thought that my life was at its peak, and I was doing well in my studies and CCAs, I had a relapse at 17. When the doctor broke the news that this time I was diagnosed with 2 types of leukaemia (ALL and AML), I was in disbelief and could do nothing but cry. My only memory of leukaemia as a 4-year-old was how painful it was, and back then, I had nothing to lose. But at that time, I had my entire life ahead of me, so naturally, I was overwhelmed with emotion at the thought of my world falling apart. Subsequently, I told myself that if I could endure the pain as a child, nothing would faze me.”

“I was born with an eye defect—a squint, and from a tender age, I was made to feel like I was different. As a child, I was referred to differently; name-calling and taunting went on and it only stopped when I came in first in class. It’s not that I didn’t have any friends, but you hold onto this psychological baggage that you’re different—and you look different. But I know my very deep, innate sense of empathy is also born out of my own suffering. I’ve felt different my whole life, so it’s easy for me to relate to someone who might look, be or feel different. Ultimately, because of what I’ve gone through, I’ve learned that when something strange or inexplicable happens, I should not worry and just go along. I’ve built up enough faith and trust to know that it doesn’t matter, and that it will all eventually make sense.”

“I was born in 1974. I was born in Singapore. But I left for England at age 1 or 2 as my father was going overseas to study, and came back to Singapore when I was 10. At that time, my grandfather was among the wealthier men in Singapore. My mother was from Taiwan and from more humble origins so she was always quite uncomfortable for us to grow up in wealth. At the same time, I do believe that the wealth in the family contributed to having some good values come under strain. There was, like most families, quite a bit of drama; but I think the wealth made it far worse. So even from a young age, we grew up in a simple HDB, and I think that was the right choice my parents made. There were many good memories in England though. I remember Lisa Tillyard was the first person I fell in love with. She was 7. I was 5. [laughs] I remember catching spiders for her. London was great. The British education system was highly formative for me. I don’t remember a single test for one. I don’t remember any trauma.”

“I lived and grew up in Telok Paku because my dad worked for the British Army then and we were given housing to stay there. I stayed at Jalan Paku till I was six years old before my family moved to Jalan Darat Nenas. My family was one of the few families in our kampung fortunate enough to own a television set. This was during the 70s—the golden era of P Ramlee movies. Every Friday, we will invite our neighbours in the village to come over to my house to watch the latest P Ramlee film. Having a television at home exposed me to television shows and movies, and I guess that’s where my love for acting first bloomed.”

“I am a walking example of why meritocracy is a lie. My family and I grew up in Bishan, I went to Nanyang Primary School because my dad was an alumnus and after that, I went to Nanyang Girls’ High. Although my PSLE (Primary School Leaving Examinations) score wasn’t good enough to gain entry into Nanyang Girls’ High, the affiliation with Nanyang Primary was what got me in. I’ve always had an elite education throughout my life. Of course, when I was younger, it was not something that I immediately recognised or acknowledged. I was an extremely sheltered student who met her first Malay friend only in Junior College.”

“I was great at spacing out, and I think that’s what actually made me—benign neglect. Because I was the eldest and kind of a good child, and I was an obsessive reader, my parents would just leave me alone. I loved creating stuff and collecting trash even then. This kind of behaviour meant that while I was reading and making things, my mind was also daydreaming and spacing out. I remember making books about imagined planets. It was also an escape from a really brutal boarding school experience. But that’s really important—to get bored and devise ways to entertain yourself using your imagination, not through external stimuli like screens and stuff. I miss that. I’m not able to do that anymore.”

“I was a 12, 13-year-old who is into subculture, which was quite rare. So I feel like I’ve been living in a ‘bubble’ of my own since young. Now, when I want to create, I create a ‘bubble’ of space for myself.”

“I always wanted to be on stage from a very early age, whether it was singing, dancing or acting. I was born a performer and I really wanted to do that, but my parents were intent on me doing the sciences. I’m from what is basically a really traditional Indian Singaporean family. My parents were both doctors and in my family, those who aren’t doctors are lawyers or in the military. Art wasn’t encouraged—it was considered extra-curricular, like, it’s great that you’re good at that, but seriously now, let’s get a real job. So that’s how I ended up doing IT.”

[Read More: Our Most Insightful Profiles of 2019 to Help You Be a Better Leader]

[Read More: Figures of Influence: 10 Luminaries Talk about the People They Admire Most]

High Profiles
Elizabeth Tan
Style
5 Stylish Face Masks to Shield You From the Coronavirus
Insights
Why Facebook’s Rebrand Has Backfired
Insights
Capital Controls, Half The World and The USD
Dining
Restaurant Review: Summerlong

Invest
Insights
A Look at Singapore’s HENRY (High Earners, Not Rich Yet) Generation
Invest
Insights
How To Get Rich In Singapore?
Invest
Insights
The Triple Whammy of AAA Singapore’s Monetary Policy
How Does Childhood Affect Adult Success? 10 Heavyweights Reflect on Their Early Years
By Angela Low
© 2023 High Net Worth All rights reserved.
Privacy Policy | Terms of Service