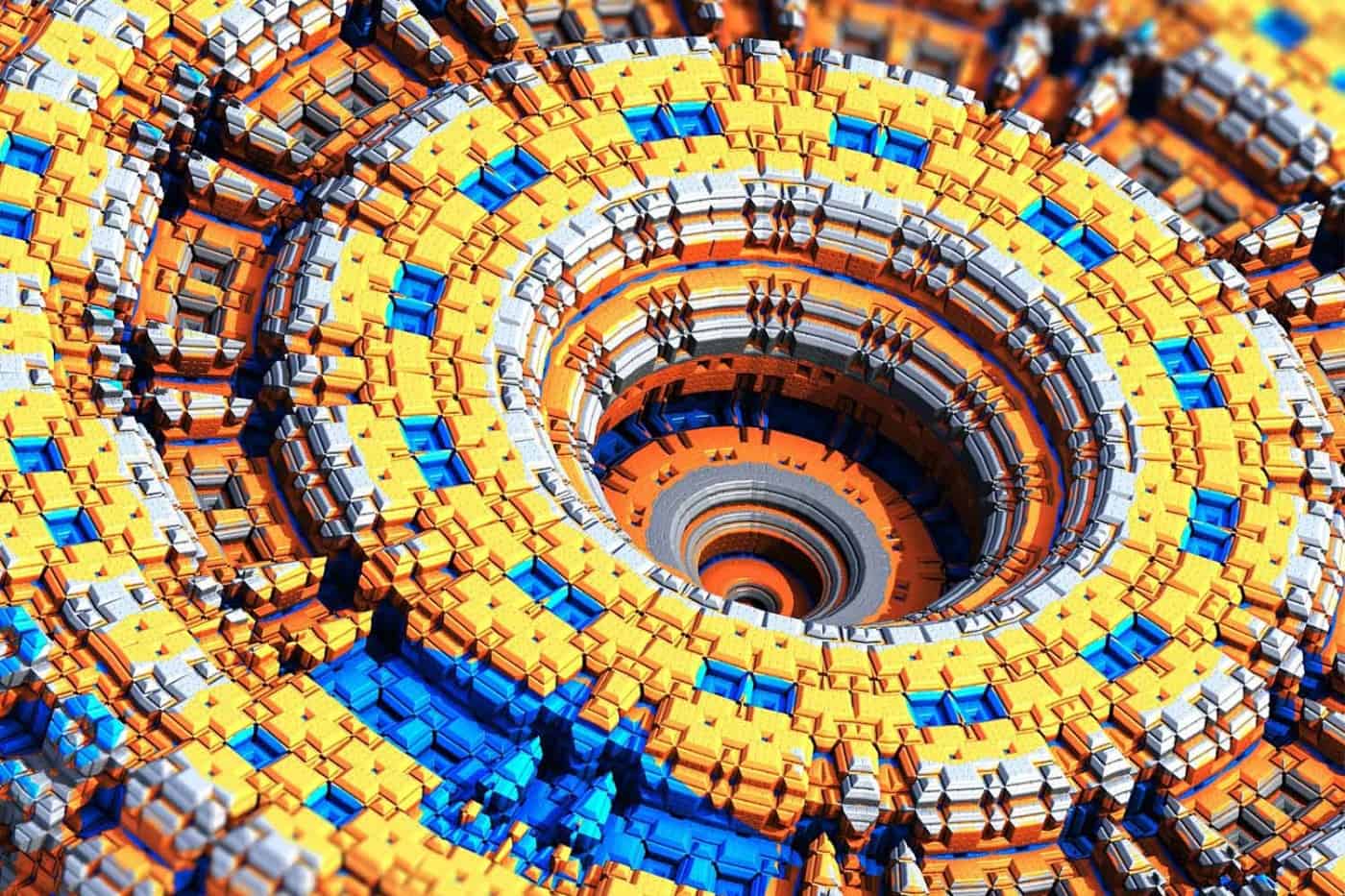 – We head into the 30th anniversary week of 1987’s Black Monday with animal spirits in charge, stretching our imaginations.

– 1 out of every 4 days for the year so far resulted in a new record high for the S&P 500 which is looking to set a new record for a winning streak without a single day of 3% drawdown.

– The Nobel prize for Economics has gone to a behavioural economics expert for the first time since 2002 as a sign of our times as folks make decisions not based on their economic self-interest.

– It is like the eagerly anticipated first China benchmark bond issue that will only see a supply of US 1 bio per tranche – way smaller than Ukraine’s USD 3 bio issue in Sept. Like McDonald’s rare Szechuan sauce that sells for $280 per packet, we can rationally expect the Chinese bond to set cheap borrowing standards for future Chinese borrowings in USD.

– “We are living in the riskiest moments of our lives, and yet the stock market seems to be napping. I admit to not understanding it.”—Nobel laureate, Richard Thaler. Yet other experts in the central banks are running the show which is no wonder there is a crisis of confidence.

– The market clearly understands when the Nobel winner doesn’t, the crisis of confidence has made no fear of the Fed trade the best returning trade in the last 5 years, bubbling up the stock and bond markets.

– In the meantime, we can let our imaginations run wild and watch people pay $280 for a pack of Szechuan sauce although we are not sure if they will be paying for it with Bitcoin.

– No fear in Singapore as MAS kept Singapore’s version of monetary-policy-without-interest-rates unchanged this week, leaving only the grammar and sentence structure to be interpreted.

– Yet we need to put on those thinking caps in next week’s post to wonder what will become of SIBOR and SOR when LIBOR is retired in 2021.

We have been quite “numbed” by the markets, Linkin Park style, and this week has not failed as imaginations took flight and Keynesian animal spirits remain in the charge. Records kept on falling and our sense of reality challenged yet again, stunned by the US President challenging his secretary of state to an IQ test, with the added gore of the sexual harassment expose in Hollywood culture involving the top echelon of the entertainment industry.

Can we feel their plight? The film stars whom we so admire and idolise? Coming out to confess to the price they had paid for their success?

Like, Joe Bidden says, it is all about the abuse of power.

Thus, football league players were told that they will stand for the American anthem this week by their bosses (when it was previously just a recommendation that they do) because of the current president’s peeve against that behaviour.

It is becoming apparent that despite the populist slant and emergence of populist leaders, power and money still calls the shots in the world markets as we watch stocks break records on successive days, bond prices dragged higher, junk included, and nearly every asset class out there riding high this week although none can match Bitcoin’s meteoric 29% gain in the past 7 days, gaining 480% year to date.

Heading into the 30th anniversary of 1987’s Black Monday, we live in perfect world markets where 1 out of every 4 days for the year so far resulted in a new record high for the S&P 500 (which is not even the best performing equity market in the world), 5 consecutive weeks of gains for US stocks, consumer sentiments are running at their highest since 2004. Who says anyone would feel left behind?

Stocks are on track to break the longest streak or quiescence without a 3% drawdown—236 days in all since the historic US presidential elections on 8 Nov 2016, needing just another 5 days to break the previous record set 22 years ago between 1995-1996.

It is right on target, looking set to fly from here if US President Trump’s tax reforms are passed as majority of companies surveyed signaled intention to pursue stock buybacks if cash was repatriated, which fits into the president’s narrow definition of a sign of economic success.

The Nobel Prize for Economics of Behaviour Strange

It is just as well that the 2017 Nobel prize for Economics went to a behavioural economics expert, Richard H. Thaler, who thinks “we are living in the riskiest moments of our lives, and yet the stock market seems to be napping” and that he does not understand it.

A summary of the rest of his thoughts.

Perhaps some studies should be conducted on the global mental depression pandemic that we have been ranting about? For that missing link to events such as Trump and Brexit which Mr Thaler saw as a decision not based on economic self-interest, saying “most voters aren’t really thinking about it in a very analytical way … like a divorce without a pre-nup… we’ll take care of all the financial details later.”

Imagine The China Dollar Bond is like McDonald’s Szechuan Sauce

It is an irrational world we are living in which none more evident than the enthusiasm for the first Chinese USD benchmark bond since 2004 which is pretty much as farcical as McDonald’s Szechuan sauce stunt that ended in protests and US$ 280 dollar packets on eBay.

Just 2 billion dollars of Chinese government bonds in USD? That is smaller than even Ukraine’s US$ 3 billion issue last month.

What do you think? $280 for Szechuan sauce is expensive?

Wait till the China bond rallies through the roof on extraordinary demand (or lack of supply), making it cheap for the rest of the Chinese companies to tap the international bond market. Hypocrisy at work?

China domination is right on course in bond markets as the world will scramble for their stunningly tiny issue. Then again, there are always blue moons and a first for everything just as the strongest Atlantic storm since 1961 is set to hit Ireland on Monday.

What will it be? Rare hurricane, rare Szechuan sauce or rare China bonds? Least of all, for us to say goodbye to those rare California wines and vineyards destroyed this week.

Who is Afraid of Who Now?

If the Nobel laureate confesses that he does not understand what is going on, it speaks volume for the other experts we have running the global central banks who are now seen as “slaves to the stock market” and facing a crisis of confidence as markets ignore them in favour of politics these days.

The central banker’s job is increasingly politicised as we sit up and take note of Donald Trump’s interviews for the next Fed chair post, knowing that the next chairperson would obviously be on the same page as him on stock markets. And counting the number of tweets he spams with unbridled pride, on the new highs stocks are making, investors are confidently riding on the animal spirits to new highs which appear to only puzzle the Nobel laureates.

For those who are interested, bank strategists have been hard at work putting together summary tables like the one below to fill up those mail boxes as the world prepares for MiFid II next year and when European banks will start charging for research.

It feels a little strange that Kevin Warsh has the highest probability at the moment, given his extreme view that the central bank is a “slave” to the stock market (Trump’s favourite benchmark).

Yet, there is little reason to fear at all because the market is piled high into the same boat.  BofA Merrill Lynch has unveiled that the most consensus trade in the world right now is the No Fear of The Fed trade simply because it has been the most profitable trade for the past 5 years, against the Fed’s projection of higher interest rates.

The stock and bond markets will continue to bubble up in unison to extreme levels until folks run out of cash or fear of central banks starts to set in.

Nevertheless, with the Bank of Japan owning 75% of Japan’s ETFs and over 40% of JGBs, No-Fear-of-BoJ is fully justified in Japan, at least and we can let our imaginations run wild for the time being and watch in wonder as people pay $280 for a packet of Szechuan sauce though we are not sure if Bitcoin payment will be accepted.

There is Nothing Much to Imagine in Singapore

Singapore is doing just fine and we can thank God daily for leaders with sense. All of us including those unfortunate victims of MRT train faults and breakdowns because no one has died as a result of it, right?

For the rest of us whose main mode of transport is self-driving the cars, the chances of dying would probably increase exponentially, if not by fatal accidents, then, perhaps from developing an aneurysm in the worsening traffic conditions.

The point du jour is that more people will be buying Bitcoin than the Singapore dollar because the MAS has kept Singapore’s version of monetary-policy-without-interest-rates unchanged this week, just as we had expected last week.

Unwilling to be disappointed, some folks unleashed their imaginations to interpret the grammar in the language of the MPS statement to deem that the language has been “tweaked” to signify a certain past tense in the use of the “extended period” of zero appreciation.

Readers can be their own judges because we are not grammar experts here.

Yes. We can afford to wait before making our next move on Singapore’s version of monetary-policy-without-interest-rates but we better be doing something productive in the meantime on what we should be doing about SIBOR now that LIBOR is on its way out.

To be continued next week in Imaginations Running Wild Part 2: SIBOR, SOR or a New Benchmark.

Features
Why Toxic Femininity Needs to Be Called Out
Style
Want to Be a Conscious Consumer? Here’s How.
Insights
Why moomoo Has a Leg Up Over Its Competitors
Dining
Noma Reclaims Top Spot and Graduates From World’s 50 Best Restaurants
Culture
Tiger Artist Tan Seng Yong Captures War and Peace Through His Work