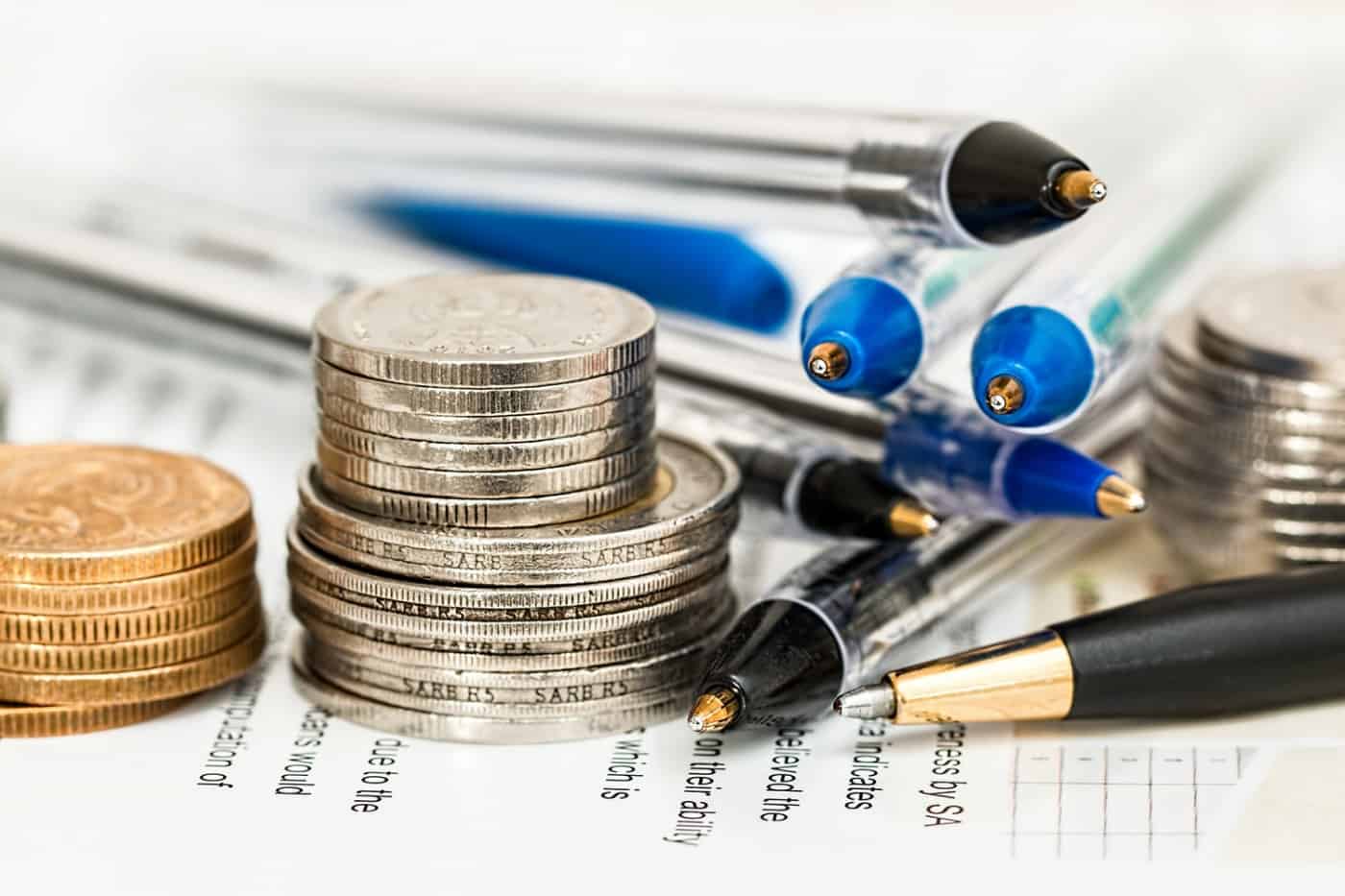 – As fund managers had a record of a year in returns, they worry for 2018 and that clients will expect 30% to be the new normal.

– Rallies do not die of old age. It is just as detrimental, if not more detrimental, to a portfolio if we take profit too early than sit through a crash and thus the funds are resisting the urge to scale back their equity weightings.

– The undisputed and undoubted winner for 2017 would be the Bitcoin, of course, rising 18% a day as we write with friends boasting of their 1000% returns on the year.

– Bitcoin traders have the track record to prove they are more profitable (and thus better traders).

– It has not been a good trading year for most traders for all their experience and skills, most feeling the strain from the lack of mean-reversion (what goes up must come down).

– While we conclude that it is not hard to make money in 2017 as we see shopping and holiday stats, we should expect everyone has gotten richer at the same time.

– For that, it now takes US$ 190 mio to distinguish between the rich and the upper middle class in NY City.

– That US$ 190 mio is probably parked with people like our fund manager friend who returned 13-15% which works out to be US$ 25 mio or thereabouts, quite a long way for most other investors to catch up on.

– For those of us who have been around a few crises, 30% returns does come with risk and 2017 is a likely accident waiting to happen.

Imagine driving down an empty road on a bright and clear Sunday morning. The light was green as you approach an intersection and you drive along with perfect right of way. Upon passing the junction, you feel a heavy impact on your side, your car spins around, brakes fail and the car drifts before coming to a stop, narrowly missing impact with some heavy-duty-looking metal barriers. In a daze, you find your back wheel dislodged in a, wow, accident that is entirely not your fault.

That is how a friend described 2017 for her. It came and hit her out of the blue, leaving a certain psychological damage, besides the inconvenience suffered, that will not go away as she drives around in fear of other road users these days, for fear of those daredevil Uber cabbies, zipping across lanes in unenviable speeds, not to mention those e-scooters that threaten her life as a pedestrian.

We have been talking to people about how 2017 has treated them and their portfolios and their jobs, the traders in banks, the fund managers, the retirees, investors and such. The takeaway is quite disparaging between the various camps of folks but what stood out was the proclamation by a fund manager, over lunch, was if you are not up at least 30% this year, you are a loser.

That follows the lamentations of a friend in Hong Kong who was griping about a “pathetic” 30% return on her IPO allocation when the market is capable of the 100% as the best performing IPO in over a decade- China Literature (772 HK) did earlier this month?

30%? Peanuts if you have had an en-bloc sale and all of us know at least someone who had an en bloc sale this year which is a tough act to beat for a once-off profit especially if the property/ies is/are part of an investment portfolio.

Investors are generally gloating to the finish line as an old blog contributor of ours, Zico, who had, in full faith, a 50% long allocation to Tencent in his portfolio for the past 2 years is just about up 3-fold and secured the university fees for 3 children in their entirety, with some change to spare for his old age. Not a bad feat to match against an en-bloc sale.

30% is nothing for Ms Hong Kong, we suppose, given the Hang Seng is up 35.75% for the year which makes it normal even if this is the largest notional annual gain in the HSI (7873 points) since its inception, and the year is scarcely over yet.

With everything Chinese up this year, Singapore’s STI closing in on 20% gains and the MSCI EM Index delivering close to 37% in returns, will 30% be the new normal?

Table of returns for the various MSCI indices

The Fund Manager—Rallies Do Not Die of Old Age

Our fund manager friend is worried about his firm’s returns. The equity portfolio is up 21-23%, after accounting for exchange rates and the bond portfolio, an astounding 8-9% (capital gains included) for investment grade stuff that is benchmarked against near nothing sovereign yields. For the 50-50 allocation, most clients are up 13-15% for the firm’s best year in a long time.

Resisting the urge to underweight since the new high records kept breaking since August, the firm kept an equal weight each month and has not regretted yet.

His words of advice? “Rallies do not die of old age”. It is just as detrimental, if not more detrimental, to a portfolio if we take profit too early than sit through a crash. Wisdom.

Why is he worried?

Because 2017 would be a hard act to follow now that the year is coming to a close. We can hardly expect 2018 to deliver the same returns because what 2017 did was to compress 2 to 3 years-worth of underperformance in Emerging Markets (vs Developed Markets) into 1 year worth of catch-up.

The Ones With the Last Laugh—Bitcoin

The undoubted winner for 2017 is the Bitcoin trader. A friend, who quit his job to trade Bitcoins and, who has been trading since last year, picking up coins at 900, took some time off to calculate his returns for us. For the profits have been so obscene, he is not keeping track at all.

Smugly informing us that he is up about 1000% with the disclaimer that he did not bet the house unlike this guy in Netherlands did last month (early Oct) which means the Dutch chap is roughly up 2 houses since Oct (including last night’s 18% move).

Chart depicting the meteoric returns of Bitcoin price in 2017

Another friend expressed exasperation at his situation where his retired neighbour made a killing on Bitcoin after being informed about their existence but none other than himself, and took the plunge a few months back. Working for a supranational agency in D.C., personal conservatism held him back for him to miss the boat and for the neighbour to now fancy the superiority of his investment acumen, with proof (profits) to show.

Yes, the Bitcoin returned 18% overnight! and no one really knows how high it will go next while it is a really bad idea to scoff at it unless you happen to be as rich as Jamie Dimon who does not need Bitcoin in his portfolio because the man-who-sold-everything-for-Bitcoin will probably not catch up for the next century or so.

You see, it is unlikely that professed Bitcoin traders would be dumping their entire life savings albeit the rare few although, after this week’s Bitcoin performance, there may be more jumping into the bandwagon, especially after reading that 4 million Bitcoins (est US$32 bio) are estimated lost, for a “virtual asset that is not a currency”.

We cannot buy Bitcoin because we have seen people pay US$5,000 for a “virtual sword” on this MMORPG game, Maple Story, in the past, and US$50,000 for a “virtual house”, hoping to make a profit when they sell it to a greater “fool” (is too harsh in the context of Bitcoin).

Nonetheless, we still have a bunch of happy bunnies for Bitcoin. Kudos to the Dutch chap above!

Visiting the Burnt Out Bank Traders

In a world where everyone fancies themselves as a trader of sorts, for anyone could be a trader if they cared to be one and it just takes a credit card deposit to open an account with Oanda, one of the larger forex platforms around.

Gym instructors are trading Bitcoin and waiters are dabbling in futures trading and doing well indeed.

Afterall, is it not just about buying low and selling high or vice versa?

Who cares about the experience and the “ability to read” the market price actions?

It did not matter this year, for most of the bank traders we spoke to.

Burnt out would be the best word with many of them, admitting they have failed to make as much as they had hoped to, or what they are supposed to deliver in their jobs. Even algo-traders with their thingamajig-formulae have had it tough this year.

It has not been a trading year for the lack of volatility and the one-way trend. Caught wrong-footed in the current, logic doesn’t work and the time-tested mean-reversions (what goes up must come down) have not materialized, leading to soul-searching questions and doubts for many.

The straw the crushes the most is that the “apparent or supposed” amateurs, with little experience in the business of banking managed to do much better and we need no more proof than the poor trading results out of JPM, MS, GS and gang to tell us that those million dollar whizzes they hired have let them down this year.

The reasonable conclusion from our conversations with our friends is that it is terribly hard not to make any money this year. Even the most “burnt-out” traders are up on their personal investments.

Reading about the Black Friday and Singles Day sales numbers and seeing the jam down at Orchard, 3 out of 4 Facebook posts holidays in either Japan or Europe as the queues form at Uniqlo for winter wear, we can guess that Singaporeans are feeling richer (plus the en bloc’s) this year.

With Americans more vested in the stock market than ever and 1 in 6 Singaporean households a millionaire one, does it mean everyone has just gotten richer?

We observed back in 2014 that the QE effect has reached the silver screen when the ransom demanded in the movie, Non-Stop, starring Liam Neeson, was US150 mio when Mel Gibson just had to source 5-10 mio for his movie, Ransom, back in 1996.

Not surprisingly it is now estimated that one needs US$ 190 mio to be able to live an upper middle class life in New York City.

Yes. Returns have been breathtaking. Who cares if you have 30% return?

Most chaps with 190 million are happily in the 13-15% camp that our fund manager friend manages.  And that is a decent 25 mio pay out for the year compared to the 300k house the Dutch Bitcoin chap made. Incidentally, US$25 mio is the recommended inheritance per child these days, according to UBS.

Not unless they are in the Jeff Bezos 2 billion-richer a day category. For the record, Jeff Bezos netted a 50% return this year in net worth with his wealth rising US$ 33 bio in 2017 to break US$100 bio.

The bank traders are burnt out, the Bitcoin traders gloating, the Nasdaq punters are irrationally exuberant and fund managers are worried.

As for us, we think that only the real traders know that 30% returns come with more risk not because we are sour grapes, but for the fact, we have been around through a few crises. Like our dear friend’s rough experience on her Sunday morning drive, 2017 is an accident waiting to happen.

Invest
Insights
A Look at Singapore’s HENRY (High Earners, Not Rich Yet) Generation
Invest
Insights
How To Get Rich In Singapore?
Invest
Insights
The Triple Whammy of AAA Singapore’s Monetary Policy
Investment Take: Are You A Loser If You Are Not Up 30% in 2017?
By Ed Chan
© 2023 High Net Worth All rights reserved.
Privacy Policy | Terms of Service