Just Try Not To Lose Money To The Black Swan 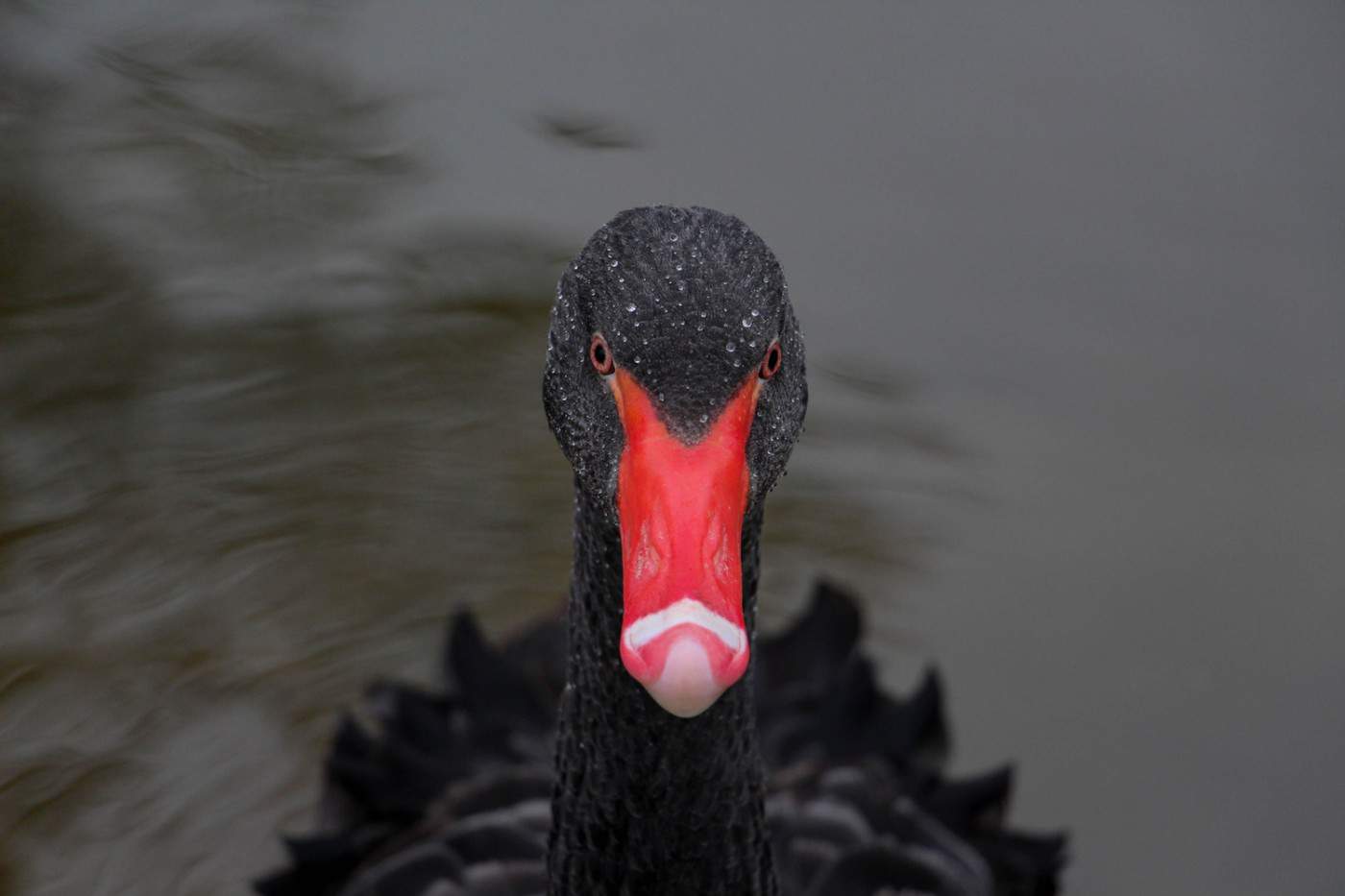 We seem to spend an inordinate amount of time these days discussing central banks and the British referendum. My first thought on UK’s referendum coming up next Thursday, also known as BREXIT, for the country to decide if they would remain as part of the EU’s economic union is that more than half the voters would not remember the last UK referendum they had in 1975 to remain in the European Economic Community when many of us were not even born yet.

Thus voters will be voting on a matter that was decided over a generation ago which is refreshing enough.

Yet do we even remember last year’s Scottish referendum or the harrowing GREXIT on 5th July 2015, also their first since 1974 for the country to choose to accept international bailout conditions or leave the European Union, a tumultuous period where the “YES” threat-to-leave vote did not materialise ultimately, paling as it might, in comparison to the repercussions of this impending LEAVE or REMAIN campaign.

With much more fireworks to come next month as we approach the Republican Party National Convention between 18-21 July and Donald Trump’s potential Presidential candidacy, we could be in for a wild ride.

Upon reflection, the world is a much richer place than it was a month ago and it can be safe to assume that it is the richest (numerically) it has ever been in recorded history with over US$10 trillion dollars worth of negative yielding debt.

G3 government bonds have rallied to historical lows in yields, gold is up 22% for the year, oil up 30% and Bitcoin is up 75%.

The main beneficiaries or profiteers of this crazy year of negative rates would be those who owns most those fixed income assets and as it turns out, the FED, ECB and Bank of Japan are wealthier than ever which means if the money does not trickle back to the citizens, it would be safe to say that the world is a much more unequal place than it was a month ago as the wealth gap grows; for Brexit and Trump to bother and fester in the new age of social media that frightens us but not the rest of the “LEAVE” camp, weary of a world of diminishing social mobility and not content with the mundane jobs they keep, that central bankers are so anxious to create by pumping money into the system, hoping it would create jobs instead of being used to chase wealth and for share buybacks – economic logic that only the world’s brightest minds comprehend (no wonder I never did well in that subject).

And while “Some people, says former Chilean finance minister Andrés Velasco, “blame runaway globalization; others blame income inequality; still others blame out-of-touch elites who simply don’t get it.” But the truth seems to be that all three have played a part.

That underscores a basic point made by Harvard’s Joseph S. Nye: The catalyst for populism lies as much in those being led as in the ideas and characters of the populist leaders. “A Russian public anxious about its status; a Chinese people concerned about rampant corruption; a Turkish population divided over ethnicity and religion: All create enabling environments for leaders who feel a psychological need for power.” Similarly, in the United States, “[Donald] Trump magnifies the discontent of a part of the population through clever manipulation of television news programs and social media.”

After a bullish May, we stepped into a volatile June on bleak outlooks with the World Bank revising their global growth expectations lower from 2.9% to 2.4% for 2016.

Skepticism and criticism is mounting because those central bank policies are not working and we have market pros (who do not work for banks because banks cannot be seen criticising their regulators too much with the amount of fines they have paid and will be paying) like Jeff Gundlach (the new king of bonds), bluntly pointing out that the “central banks are losing control and they don’t know what to do” with an incredible amount of faith lost (yes, if Bitcoin is the best performing asset this year) to repeat my point last week that negative rates cannot work if only a minority of the world buys the idea just as “Gundlach stressed that central-bank policies, including the implementation of negative rates, aren’t helping spur economic growth or fueling stock-market rallies as they are intended.”

If 2009-2016 has been a test, then it has been a big fail? June’s central banks’ lack of action (after too much action in the past year) is not just Brexit driven, it is also societal aging, low productivity, stagnating growth, persistently low inflation, high levels of leverage in emerging markets and more in Bloomberg’s article succinctly titled The Only Certainty for World’s Central Bankers Is Uncertainty.

A Little Self Examination

Let’s take a step back and examine our own portfolios, heeding the great Bill Gross (former Bond King) whose common sense analysis that to repeat the bond market’s 7.5% 40 year historical return, yields would have to drop to -17% and carry trades offer more risk than potential returns even on decent corporate bonds.

I would go back to this time about 3 years ago when John Maudlin declared he would take his USD mortgage out in JPY which is now back to those levels when he started which is not a bad outcome considering the amount of interest he has saved and currency gains in between.

We are still living the Secular Stagnation reality that we last pointed out last year, an idea revived by Larry Summers in late 2013 when he lost out on the Fed chair to Janet Yellen. Back then he had written that “There is increasing concern that we may be in an era of secular stagnation in which there is insufficient investment demand to absorb all the financial savings done by households and corporations, even with interest rates so low as to risk financial bubbles.”

Recently Summer’s op-ed concludes that the “the United States may be on a slow-motion trajectory toward a Japanese-style chronic low inflationary, or even deflationary, outcome.”

Result: Investors hoarding cash at a nearly 15-year high, fearing policy makers will repeat the types of mistakes that prolonged the Great Depression, as Morgan Stanley warns.  The element of Fear that we wrote about last week that is the result of our own making.

Are we already in a Black Swan? 10 trillion of negative yielding debt? Whose values are eroded daily, along with the savings of Europeans, Japanese, Danes, Swiss and Swedes as Commerzbank considers storing cash in vaults instead of with their central bank and hedge fund friends sit on cash piles of their own, nice and dry.

The typical assumption for periods of hoarding cash at high levels is that it will be followed by a bout of fierce re-capitulation of risk taking activity, in short, a mother of all rallies. I find it hard to muster than enthusiasm this time because this Black Swan is not going away any time soon and trying not to lose money is more important than making money.

“Returns will be low, risk will be high and at some point the “Intelligent Investor” must decide that we are in a new era with conditions that demand a different approach. Negative durations? Voiding or shorting corporate credit? Buying instead of selling volatility? Staying liquid with large amounts of cash? These are all potential “negative” carry positions that at some point may capture capital gains or at a minimum preserve principal.”

Life
Stories of Courage: Krystal Tan
Style
5 Hottest Nail Trends to Try in 2020
Travel
Sri Lanka Is The Gem Of The Indian Ocean
Insights
Engine Biosciences Raises S$57 Million in Series A Round to Decipher Genetic Codes
Culture
Chef Willin Low on Being the Poster Child for Dream Chasers

Invest
Insights
A Look at Singapore’s HENRY (High Earners, Not Rich Yet) Generation
Invest
Insights
How To Get Rich In Singapore?
Invest
Insights
The Triple Whammy of AAA Singapore’s Monetary Policy
Just Try Not To Lose Money To The Black Swan
By Ed Chan
© 2023 High Net Worth All rights reserved.
Privacy Policy | Terms of Service