Living and Banking in Fear 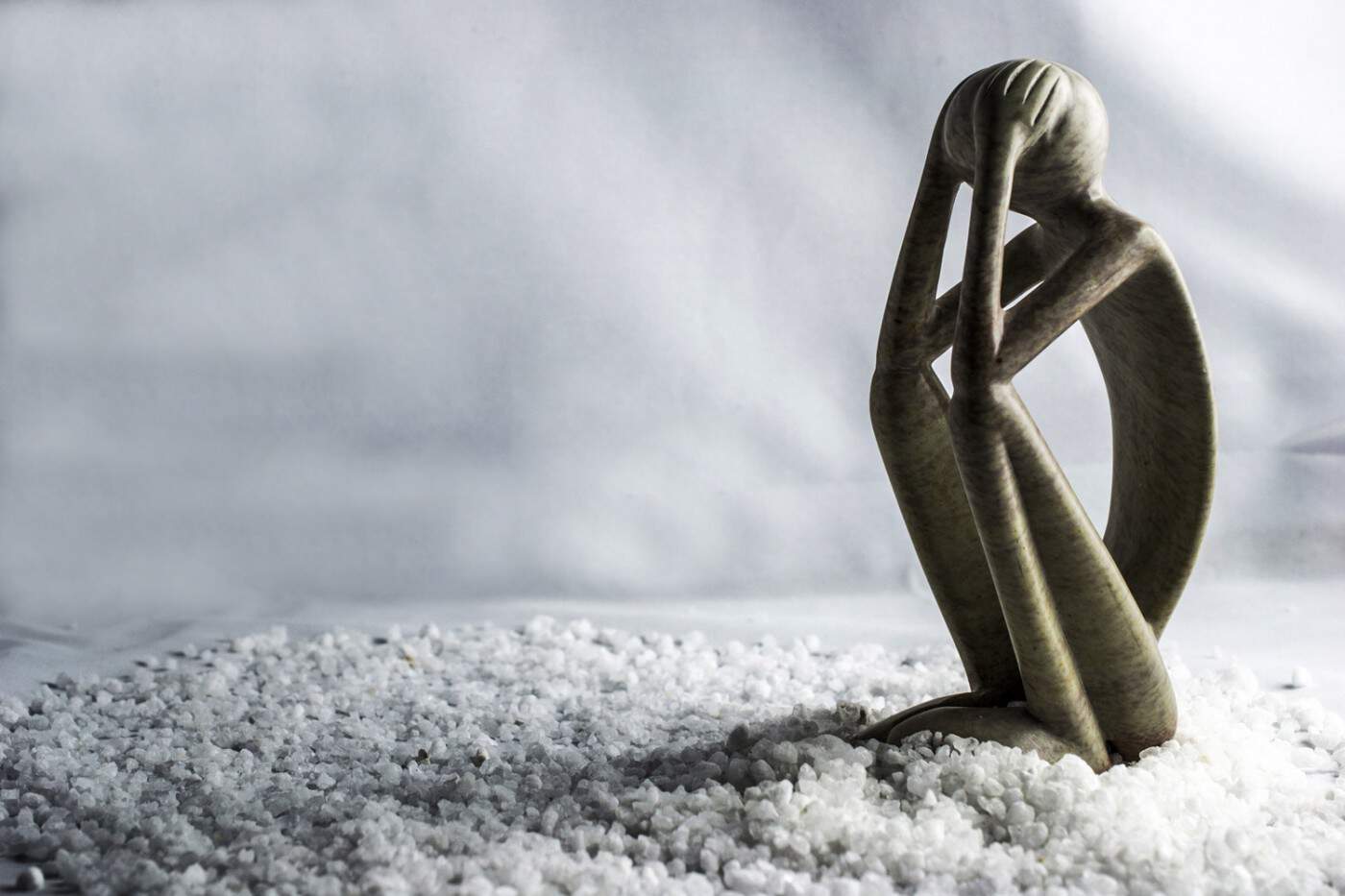 If you do not spend a lot of your time in the financial district, like me, and you pay a visit for a coffee with old friends, you may be struck by the general mood of sobriety in the waves of hollowed and gloomy faces that greet you as friends tell me they are waiting for their turns on the chopping boards, holding out for as long as they can until someone tells them that their work is done. Mortgages, car loans, school fees and bills, enough is never enough for most people and their kitties.

What has the market becomes? Institutions of Fear. Yes, cameras lurking in every corner of the trading floor, where “covered” employees are subject to the tightest of scrutiny, choked by surveillance as a recently re-employed friend was recounting that her background check took 2 months with the over zealous (yet, perhaps not overly astute) security company asked for her address at birth. Perhaps “extra” work to pad the bill up? It is no wonder, she observed cynically, that the young stand a better chance, having lived less years and having “less background” to check?

Whatever happened to the golden years of positive outlooks and plum banking jobs?

What is a bank these days, the WSJ is running a series exploring the theme and the existential crisis facing the financial industry.

“In 2016 a big bank also doubles as an enterprise software company and a mobile-apps developer. It is a customer-service organization to big companies and individuals alike. It is a tool of government-mandated social policy. A shareholder-return engine. An international intermediary. A seller and trader of securities. A policeman of criminals. A policeman of itself. And, of late, a public vessel, dirtied by political feeling about everything from inequality to race to Congress to the U.S. Constitution itself.”

With bank employees fearing mis-steps even as external regulators and internal compliance teams have difficulties in interpreting new regulations that are changing daily, central banks are wondering why their monetary policies are not working?

It should be much easier to understand than the evolving 22,000 pages of new and proposed rules that the Dodd-Frank Act.

As the WSJ article pointed out, “Banks pulled back from financing areas ranging from student lending to certain types of mortgages. They no longer make bets with their own money, known as proprietary trading, and have collectively ceased working with hundreds of thousands of individual or company accounts.

The heightened regulatory environment led 46% of banks to pare back their offerings for loan accounts, deposit accounts or other services, according to an American Bankers Association survey of compliance officers last year.“

IS THIS WHY CENTRAL BANK POLICIES ARE INEFFECTUAL?

At the same time, compliance and the internal police team grows along with their costs… “the fastest-growing component of the financial sector, with banks hiring tens of thousands of new staff whose job is to keep their employers right with the new regime.”

Friends can attest that what started in a Singapore based bank when a small team of 3-5 was set up in 2009, tasked with monitoring chatrooms, has now ballooned into a 60 man team, aptly termed with an “internal crime” title, the new Gestapo.

Can we now answer the question for Janet Yellen, Mario Draghi and Haruhiko Kuroda, the most important central bank governors in the world?

Central banks, worried over their ineffectual policies, and facing daily scrutiny as decisions become “data dependent”, in Yellen’s own words, have cut rates around the world as the Fed stalls, all to near zero or various extents of negatives, even as oil and gold prices rebound. Abolishing the €500 note to make sure the negative rates work, has given new-found faith to the Bitcoin, the best performing currency in the world this year against the USD, gaining nearly 34%, year to date—a sure sign that faith is lost in central bankers.

Chart of Bitcoin price for the year and chart below of Bitcoin, Gold and Oil Prices from my piece in February when I wrote about megalomaniac central bankers in Negative Rates, Pillow Talk and Gold.

FIGHTING BACK WITH MORE FEAR MONGERING

Central bankers then create more fear by easing rates below psychologically acceptable levels, given that central bankers all come from roughly the same schools, affecting market confidence by reminding markets how bad the situation is, that makes the the rest of the world believe like we are already in a recession.

Will they continue to impose their will on their minority ground and superior intellect?

“We all struggle to rationalise in our heads.

Authoritarian is all we know now in the marketplace. Much as we like to think that we are still in control, the truth is that central bank forces have managed to engineer a perfect market at this moment.

** inflation or negative rates can both achieve that end.

The Fear of Negative Rates (and Recession) breeds in the strangulated banks, who are turning away deposits (and loans) in the developed world, including Singapore.

Banks are closing down their bread and butter trading and lending businesses too because of regulations which negates the effect of negative rates!

Friends in the market have informed me that at least 6 banks have pulled out or significantly downsized their credit trading and sales teams in the past 3 months, and this is a global phenomenon as banks continue to cut balance sheet costs (from holding inventory) and cut staff costs (to pay the growing compliance teams).

Instead banks are moving to an agency model, matching risks between buyers and sellers which largely explains the growing illiquid markets.

“Agency trading is where a bank is sitting in the middle of two counter parties which are ready to trade, where as principal trading is where the bank takes a bond on to its own balance sheet for an extended period.”

Central banks continue to cut rates to spur lending, sending dire signals to the market → driving customers and investors into:

1. The unregulated shadow banking world of private equity, crowd lending and Bitcoin etc, as well as

2. Dividend-paying stocks as interest rates drop but “lower interest rates fail to boost business investment because companies are incentivised to pay dividends or buy back stocks instead, according to a research report”

BANKS WILL JUST NOT DO THEIR JOBS

Without banks as the heart beat of financial markets, how would central banks expect to nurse the economy back into health? If Fear rules the banking world, then there needs to be another conduit for the central banks’ wall of cash to be pumped into the real economy because banks will not and cannot do their jobs.

The faith is waning fast, in the hollowed gloomy faces. With only the big corporates the main beneficiaries of free money, the small companies are seeing their sources of funds wither. Banking friends have been lamenting that their job scopes have been extended from client transaction solutions to debt repayment reminders.

LOSING CONFIDENCE, FEAR AND THE SELF FULFILLING PROPHECY

A piece from Otterwood Capital has suggested that US corporate profits were up 1Q16 mainly because of the profits generated from the Federal Reserve Banks and their bond holdings which have appreciated (on falling interest rates). Deducting for those, corporate profits in the US sank for a 3rd consecutive quarter which is usually the time lag needed for lay offs as companies struggle to cut costs.

The self fulfilling prophecy will continue as the Federal Reserve holds back from hiking rates in a world where no change is as good as a hike, as evidenced by the RBNZ (Reserve Bank of New Zealand) and the RBA (Reserve Bank of Australia) last week. Fear continues to fester as market talk of a new financial disaster in the making as the biggest beneficiaries of the record bond rally last week turn out to be the US Fed, the ECB and the BoJ, who hold the largest amounts of their own sovereign debt although the profits cannot be returned to the tax payers and citizens.

Bill Gross, ex PIMCO, talks of the $ 10 trillion of negative yielding bonds as a “supernova” waiting to explode which is right because one day yields cannot remain negative forever, or definitely some central bankers will be fired.

This leaves us with the a lingering thought that perhaps they never fixed the Global Financial Crisis, but created the mental recession that all the hollowed and gloomy faces are already living in?