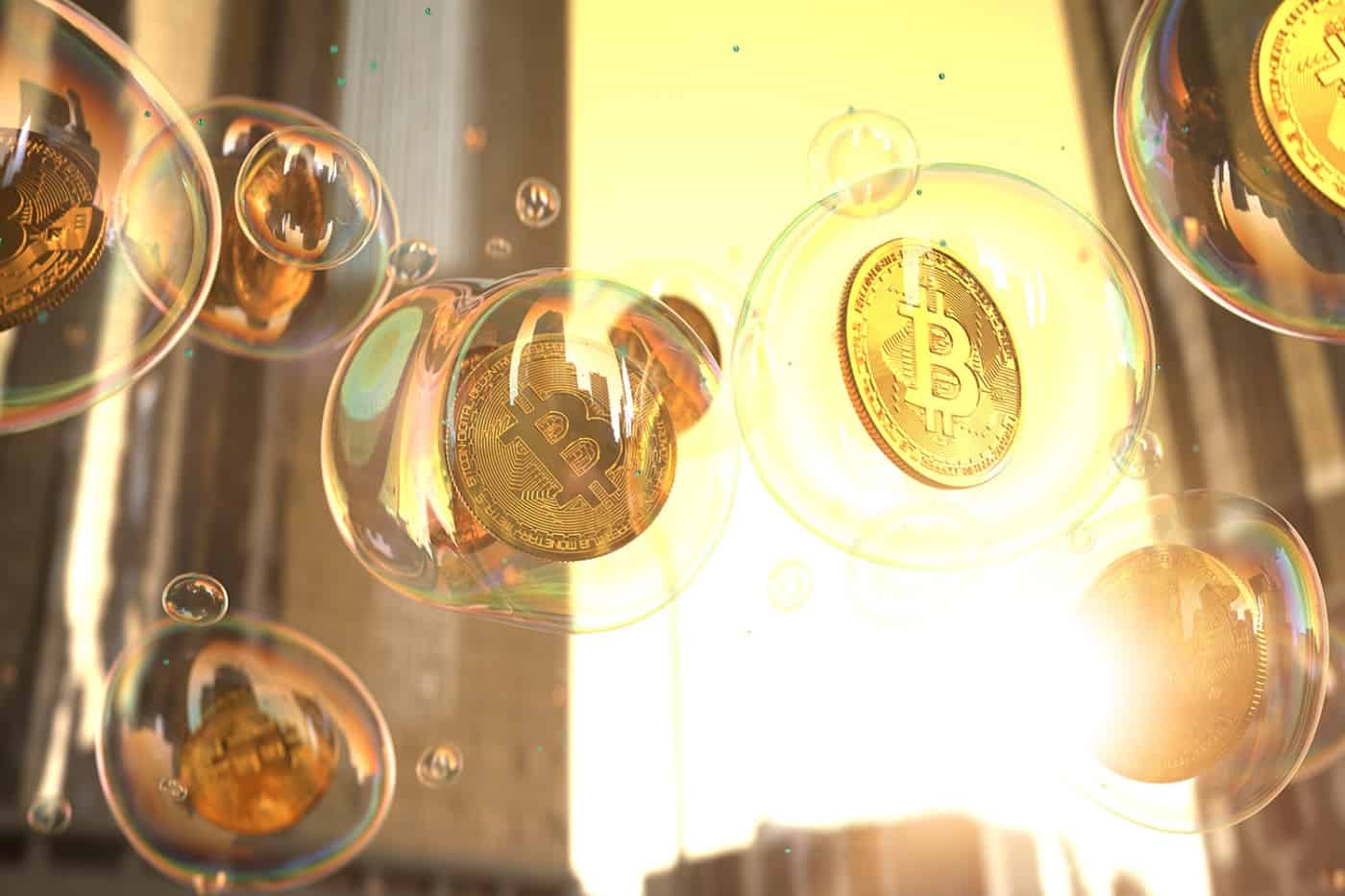 Wading through a minefield is akin to driving on a single lane road in Bukit Batok on a Saturday morning with troupes of cyclists and brazen hikers asserting their right to the road, imperilling poor drivers which makes us wonder what sort of meaning are they searching for in their exertions?

A dear friend is reading Viktor Frankl’s Man Search for Meaning for the second time. Her son has grown up and she feels she has lost her life’s purpose after 16 years as a single mother.

Lockdown aside, 2021 has been an annus horribilis for some of us—the bond folks. As we wander through the jam-packed malls watching free-spending folks, we eye them suspiciously as potential meme stock punters or crypto-millionaires or Tesla fanatics, who are clearly not ladened with HSI tech stocks, Alibaba or Tencent in their portfolios, or that Evergrande or Shimao bond. Suddenly, The Prince and the Pauper comes to mind to describe bipolar 2021.

2021 has been a year where critical thinking failed us and a whole bunch of financial experts as well. Because only four hedge funds tracked by Bloomberg and their army of analysts managed to beat the S&P 500’s 27 per cent return along with just 15 per cent of active fund managers. With 68 record highs in the S&P 500, one out of every four trading days in 2021 has been a record close and US stocks beat the rest of the world by most in two decades, surging near 30 per cent compared to under 8 per cent for the MSCI All-Country World ex-US Index. It is no wonder there is an exodus from the workforce in favour of day-trading Tesla and Bitcoin from Vietnam to Korea.

We tried searching for meaning, but few can explain what happened in 2021. Berkshire’s Charlie Munger says markets now is ‘even crazier’ than the dotcom bust. No one we know from our private conversations with fund managers to CFOs knows what to expect for 2022. They are keeping a brave front to outsiders with cynical friends concluding that 2021’s big lesson is to throw away all our pre-conceived notions because research teams lost to the Reddit mobs and it is time to unlearn everything about markets that we thought we knew for being financially savvy. Of course, there are always the official outlooks like this handy guide by Bloomberg.

Is this the time to unlearn and “ape” down?

This time last year, we were beholding the retail meme stock phenomenon, saying it would end in tears and a year later, GameStop has gone mainstream to the S&P 500 and Nasdaq where folks (and algos) are trained to buy every dip. The US stock market has evolved to become the layman’s ATM machine with just five stocks contributing to 35 per cent of the S&P 500’s returns and Apple briefly hit a market cap of $3 trillion.

Fast forward a year to 2022 and there are bubbles everywhere (except for Chinese real estate and tech), wealthy investors surveyed want to own a little less of every asset class in 2022. For all the 25 years we have seen, including dotcom, we know that the US stock markets are more important than ever right now. There is not a single investor we know who is not vested in them which, in turn, is driving sentiments in the rest of the asset classes.

Where do we stand now?

– $316 billion in US IPO issuance this year, a record that will be hard to surpass for some time.

– US investors alone poured more than $1tn into equities worldwide in 2021, three times the previous record and more than the prior 20 years combined. Today, they continue to buy even as corporate insiders are selling in record amounts.

– Jeff Bezos, Elon Musk and Mark Zuckerberg unloaded $42.9 billion in stock through the start of December, more than double the $20.2 billion they sold in all of 2020 with Mark Zuckerberg selling every trading day in 2021 along with other billionaire founders.

– Startups valued at over a billion have soared.

– Companies in the S&P 500 repurchased $234.5 billion in shares during the third quarter, topping the previous record of $223 billion in the fourth quarter of 2018.

– The cryptocurrency market is worth roughly 3 trillion while the NFT market has grown from $100 million to $22 billion in two years, creating a lot of wealth out of thin air.

There are plenty of red alerts everywhere we look, but it is rather meaningless in this new age of investing or punting since we adapted to accept the scores of loss-making (”growth”) companies into the portfolios, especially when retail investors from around the world now control about a third of the US stock market flows. This brings us back to the point of the meaningless endeavour of anticipating the madness of crowds.

What is important for us in 2022 is to acknowledge that there are too many moving parts to make a meaningful prediction, an acceptable admission because we are not in the business of giving financial advice.

Here is our not-so-comprehensive list of moving parts that we are aware of, as new ones will arise, undoubtedly, as the year unfolds.

From Bloomberg, it is inflation and China, which is no surprise because inflation has been the topic du jour for the past months now that even the Federal Reserve has officially denounced the “inflation is transitory” verdict. The question that remains is how much more will costs rise from supply chain disruptions, commodity and energy prices and the more “sticky” populist cause of rising wages which we happen to think will be the bigger catalyst soon.

And China, what can we say, she has been keeping mum on too many cliffhangers like their real estate developer crisis in the name of common prosperity, which is starting to take hold around the world, which brings us to the second moving part, local politics. Newly-divorced Bill Gates is right to point out as his biggest worry heading into 2022.

Gates worries that people’s distrust of governments is the issue and there is no better indicator for that than Bitcoin which hedge fund billionaire Ken Griffin calls a “jihadist call,” which will only serve to perpetuate the populist mood as governments and politicians post-haste to curry the people’s favours just like EDF was forced to take a €8.4 billion hit on Friday by the French government to shield consumers from soaring power bills, a typical sign of late capitalism that we wrote about last year.

On the bright side, it is a case for bullishness because retail investors riding the bull market could spur a populist backlash, which will tie the Fed’s hands if we enter a bear market correction. It is the current market sentiment, making the Bloomberg survey verdict that central bankers are the biggest risk to stocks in 2022 a trifle plaintive even if we have seen more than a handful of hikes out of the less consequential central banks in the past months.

Yet we can be assured that volatility will reign supreme in the months ahead because that taper is underway as we type—followed by no less than three or four rate hikes (as opposed to JPMorgan’s expected up to seven) which leaves us in no position to anticipate the four other moving parts: consumer and retail investor sentiments, what the whales (SWF and pension funds) will do, Elon Musk and the weather or climate change and natural disasters.

Elon Musk has proven to be the biggest planetary influencer in the world this year; his ability to move markets and the thought of him leaving his jobs to become an influencer should send chills down any financial professional’s spine for his erraticism and absolute unpredictability. Politicians beware, too.

And Elon Musk predicts a recession as soon as Spring or Summer 2022, not later than 2023 which cannot be as flippant as giving Dogecoin a boost this week after announcing that Tesla would take crypto as payment for Tesla merchandise.

The final major moving part is one we dread to talk about for fear of being seen as unprogressive, unwoke and potential death threats—crypto, NFTs and the Metaverse.

As main street firms start moving into crypto space due to retail interest, there is the inevitable outcome of regulation. So far, we have the governments with the outright bans and the progressive ones that are embracing the concept with gusto like El Salvador and Switzerland.

More than 50 per cent of new crypto investors started investing only in 2021. An NFT sold for $532 million but did not really sell at all, crypto exchanges are not the traditional exchanges that we know. It is rather simple in the case of NFTs, because if the NFT is worth $532 million, Kraken will let you borrow against it, so the sky could be the limit which will create immeasurable wealth in the days ahead.

We also know that 93 per cent of the funds seized by the US IRS Criminal Investigation unit in 2021 were in cryptocurrencies.

Searching for meaning in all the moving parts of 2022 and the US midterms, we will not broach on geopolitics, cybersecurity, solar activity and all that except for the cute self-explanatory picture below.

What meaning? Or no meaning?

For all the years in markets, we have never felt more dispirited and void of zest as now and my kid just turned 21, so we are searching for meaning. To APE or to Run like we did in 2020 because it is Twenty-Twenty, Too?

Bonds
Singapore Bonds and Rates: 2018 Recap and What to Expect in 2019
Style
Staff Essentials: 5 Items You Need For Work
Insights
Positioning Singapore as the Asia Pacific’s Precious Metals Hub
Insights
Truth In The Age of Disinformation
Style
Devialet Phantom Reactor Has a New Matte Black Look

Invest
Insights
A Look at Singapore’s HENRY (High Earners, Not Rich Yet) Generation
Invest
Insights
How To Get Rich In Singapore?
Invest
Insights
The Triple Whammy of AAA Singapore’s Monetary Policy
Man’s Search for Meaning in 2022: The S&P ATM Machine
By Ed Chan
© 2023 High Net Worth All rights reserved.
Privacy Policy | Terms of Service