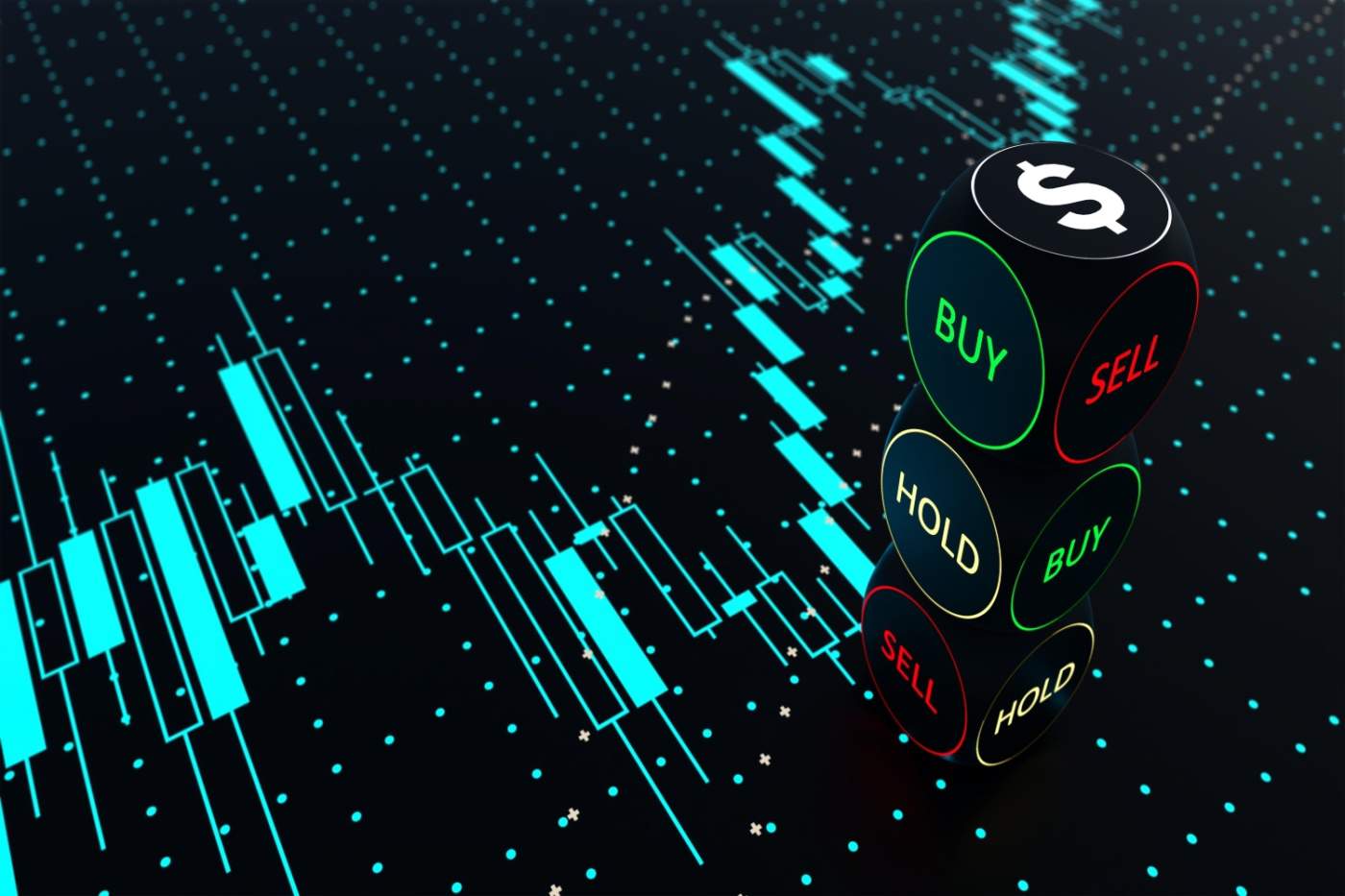 We have been in the business of risk management for over 25 years as trading is all about managing market risk and thus, as an occupational hazard. Life is operated on risk terms, like opening emails, answering calls from strange numbers, avoiding toxic people and even fruits at risk of being sour.

The markets of these times are putting our minds, bodies and spirits to the test, akin to navigating a minefield devoid of fundamentals and running on animal spirits with every major central bank rate hike in the past month accompanied by fierce rallies in stocks and bonds. It is as unhinged as we can imagine where more money is made on wagering whether Nancy Pelosi lands in Taiwan than any form of analysis.

In July, we saw the gloomiest month for Chinese stocks in a year, but the best month for the S&P since Nov 2020 with Nasdaq recouping one-third of its losses for the year within a month. This pattern repeated for high yield bonds in both regions.

Every move has been outsized with 10Y treasury yields up nearly 2 per cent till June and collapsing 1 per cent within weeks. To make it worse, the yield curve has not been this inverted and for such a prolonged period in decades with the markets pricing in rate cuts immediately after the rate hike cycle ends. The volatility is unseen in recent years with average trading ranges blowing past expectations and cognitive dissonance is riding high as stress levels explode. No one can think straight anymore.

It is bad enough that societies around the world are on the brink of nervous breakdowns, but for it to extend to the financial markets as well?

We can rattle off the mind-numbing headlines starting recently with the worst heat waves, droughts and floods that many parts of the globe are experiencing in decades or centuries of history.

Unbelievable disruptions are happening in developed countries with airport chaos, train strikes, shortages of milk powder in the U.S., dairy products in Europe and French fries from Japan to Germany. Not to mention the rolling blackouts affecting industrial production and daily lives from, yes, Japan to Germany too. Retail sales numbers are up in the U.S., but consumption has actually fallen because the numbers are due to prices.

It is nothing to fuss about because the rest of the underdeveloped world is in worse shape and people are starving with no fuel to buy with money. The ousting of governments is happening as social unrests erupt from the Netherlands to Peru to Sri Lanka (and now Bangladesh).

At the same time when we read about the financial anxiety of 60 per cent of Americans who are living from paycheck to paycheck, we also read about Walmart raising wages up to US$110,000 for truck drivers which is as much as Goldman and other banks pay for new associates. To confound the situation, Hilton, Bentley, LVMH and gang are disproving the recession story with sky-high earnings reported as we also read about retail crimes soaring, that supermarkets in the U.S. and U.K. lock up their steaks and butter to deter thieves.

To be dead honest? We are terribly confused, so let us try to make some sense of all this and give ourselves a risk assessment of the market because risk happens “slowly at first, then all at once.” We took inspiration from the Ernest Hemingway quote, “How did you go bankrupt?” “Two ways. Gradually, then suddenly.”

It is dubbed the Hemingway Law of Motion by various economists, where “it’s the concern that you can see signs that the risk of a financial crisis or stock market run, but little action is taken until the crisis is upon us.”

There is heightened risk in almost every aspect of the market right now and we will approach them from these broad categories: politics, central bank policies, growth, credit and liquidity and climate/environment.

Geopolitics and domestic politics have never been more important in markets and economies than at any other time in our lives. It started with Covid-19 and border closures and mask mandates with crazy economic stimulus packages globally, which led to the countless economic disruptions of 2021 and runaway inflation which accelerated with the Ukraine invasion—giving every single company and business in the world the excuse to hike prices as a competitive necessity because there is no better scapegoat than Russia.

We throw in the geopolitical tensions, cross-border tensions, OPEC relations, egg and palm oil bans, China’s crackdown on their tech sector, US crackdown on the Chinese tech sector, sanctions, changing laws, and nationalisation of utility companies. We have a lot of risk in the air and we should take more interest in politics than economics in our decision-making (which explains the China outflows since the war in Ukraine).

It is all about politics when the U.S. White House changed the definition of ‘recession’ as we were taught in school to placate recession fears after two successive quarters of negative GDP growth in the U.S.

Politics will continue to loom large on the radar as governments, succumbing to populism, continue to play a larger part in the economy with the examples of raising wages and nationalising utility companies in their fight against inflation just like they did during Covid that led to this inflationary spiral.

The significance of FOMC chair Jay Powell’s remarks in July is monumental. That he will refrain from “clear guidance” on future interest rate decisions which will be “guided by the data” that “can get old really quick.” It is a smart move given the many confusing crosscurrents in the economic data. The main implication is that volatility (risk) will be explosive in the days and months ahead as the market digests every single piece of economic data, and asset valuation becomes a big blurry mess if we consider that interest rates, theoretically, determine valuations.

The Federal Reserve’s stance also signifies there will be less guidance for the rest of the central banks who have often relied on the U.S.’s leadership. This means even more volatility (risk) as they go about business on different tangents and agendas which have become increasingly influenced by politics as politicians seek to appease voters.

The erosion of central bank credibility is nothing short of disastrous; every rate hike so far has been accompanied by huge rallies in stocks and bonds suggesting that Bill Ackman is right when he tweeted that “the more the market believes that the Fed will immediately reverse course, the less effective raising rates will be in moderating inflation, and the more the Fed will have to raise rates.” Of course, this is all to do with every single one of them calling for transitory inflation last year.

Recession or stagflation? Or both? Experts cannot decide and neither can we. Jay Powell noted “actual, real declines in food consumption” and Walmart is suddenly selling less stuff with an inventory glut. Yet more employment is rising and more jobs than expected are created with a bump in hourly earnings.

At the same time, we are reading about job cuts which are happening as suddenly as the drop in Walmart sales along with warnings of further job losses. Where is the risk here? It is a big unknown how bad it will get or if the situation improves.

For months, we have been wondering about the stalled credit markets in China and bond markets have been whipsawed by fluctuating interest rates. Russia is still in default along with Sri Lanka with about a dozen countries in the danger zone, as reported by Reuters. Surely there must be some form of contagion lurking? Credit spreads have widened, but we have been informed that liquidity is absent since late last year when price discovery is absent with many bonds unable to be moved and sitting pretty on balance sheets at valuations that cannot be realised.

It is a big red flag for risk when banks like Credit Suisse had to pay up to 9.75 per cent for its US$ AT1 issue last month (although the bond has rallied some 4-5 per cent since). But it is a sure sign cost of capital is on the rise when Singapore government bills are yielding investors about 2.5 per cent. VC and PE inflows have slowed down dramatically which means a lot of stuck money cannot be moved.

We think the losses will definitely take time to play out but the big elephant in the room is in the credit markets and liquidity.

We are no experts on the matter but feel compelled to throw this major risk into our mental stewpot because for the U.K. to be hotter than Singapore is something out of dystopia. The cataclysmic heat waves, droughts and floods are clearly inflationary, denting food and water security. A hungry man is an angry man.

It gets worse when we consider the subject of ESG and countries racing to neutralise their carbon footprint which is a costly effort and an inflationary risk.

There is too much risk around and too many opinions for us to be cognisant of the macro landscape of investing.

Like Charlie Munger said, “The big money is not in the buying or selling, but in the waiting,” The “smart money” are mostly taking less risk now as Bank of America’s Fund Manager Survey showed a “net 58 per cent of fund managers” said they are taking lower than normal risks, a record that surpassed the survey’s GFC levels.

Fund manager friends have disclosed they are not doing much except to sell as much illiquid stuff as they can because the outlook is too fraught with risk that suddenly a Minsky moment may just erupt all at once. We would heartily agree, with Hemingway on our minds.