Market Thoughts: The Zombies Are Coming For Us 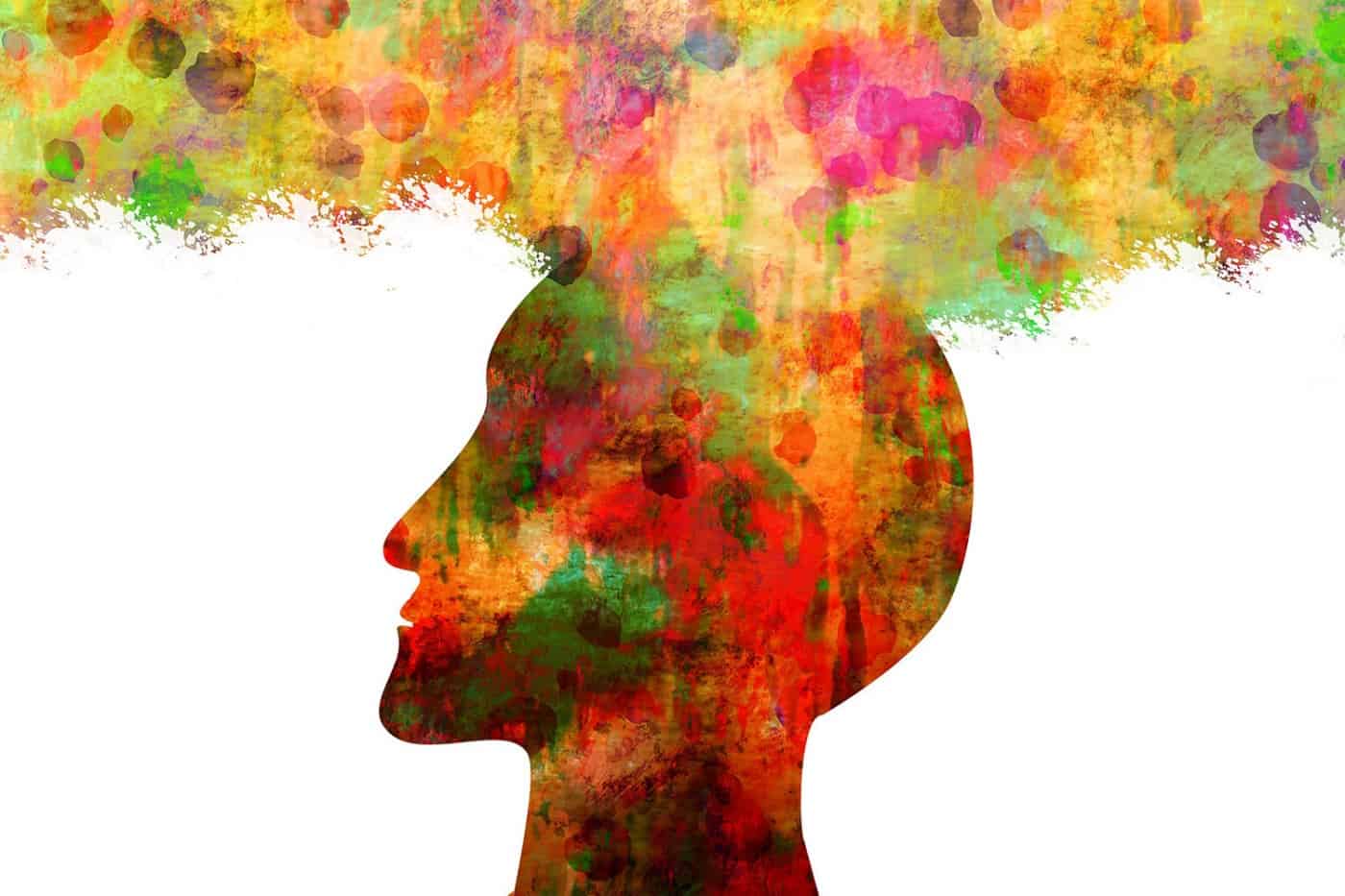 Before we get all angry about our roads these days, ever wondered what it would be like to be a full-time for hire driver?

It would mean that time is money, and there is no time to waste while on the hunt for passengers, peak hour surcharges, driving around mechanically with fierce purpose. It is much the same for all the other workers in the sharing-economy—the Deliveroo motorbikes, e-scooters and now, hoverboards and the Redmart vans, minivans and trucks.

This has made our roads literal warzones, filled with folks whose time means money, driving around like zombies, and then, we have the folks on regular wages, battling for the safety of their lives. Strangely ironic because the former would be the ones who would have to worry about their health much more with their cavalier driving because they cannot afford any downtime and most of them lack sufficient health and life insurance coverage or CPF.

Yes, give way to them because they are on a mission—mindless driving and more driving and they expect you to read their minds (they will be coming through) because there is no way they will be thinking much about you, in their zombie states.

What is the point of having curved lane markings or merging lanes? Accident rates only go up because no one cares about them, especially the zombies?

How different would this be from a friend’s preoccupied wife who obsesses daily over coupon codes, constantly checking for the latest discounts or timed-sales or the free Starbucks coffee on the 100-odd apps she has on her phone, that she has happily sacrificed her privacy and details for?  Another zombie friend spent 9 mindless hours in Sentosa trying to catch some silver Pokemons last month? Fans are dreaming of Pokemons, no doubt, because Pokemon is coming for you in your sleep with their newest zombie snare.

Yet how much different would they be to the zombie investors out there, with their need to be fully invested because there is no time to lose on bond coupons, fretting on bond maturities and the end of the coupon stream, begging for insight into the next bond to buy, with zero probability of default, but still pays a 5% return?

“My own personal opinion is that more damage to the world comes from the cognitive glitches than does from malevolence… There are a million tricks the human mind plays on its owner. That’s what causes stupidity.”—Charlie Munger

Our brains are damaged more than ever and congratulations to those born pre-1975 because it seems those were the peak IQ years for the world and it has been a steady decline since which can be attributed by experts to “changes in the education system and media environment, nutrition, reading less and being online more.”

It is not just brains because “Medical schools are noticing a decline in students’ dexterity, possibly from spending time swiping screens rather than developing fine motor skills through woodworking and sewing.”

Horrifying? It cannot be worse than the markets because everything revolves around Trump’s impulsive Twitter account that works 16 hours a day that made all the events after the 24th of May feel like a surreal Twilight Zone reboot, our rationale and reality relentlessly challenged, to be pummeled into submission as we give up and just stop thinking to just react on wild animal instinct.

The system of politics and politically aligned central banks has made investors akin to Pavlovian dogs, conditioned to await the next offer of stimulus, evidenced in the past week when investors did the usual “zombie rally” after Fed chair Powell did not exactly promise rate cuts if trade wars affected the economy but was interpreted to be dovish.

“We live in a world where the Federal Reserve and the Treasury Secretary and financial advisors tell the American investor, “we have your back.”—Michael Batnick.

Now markets would be caught dead if they did not react to the next bit of news feed and we can safely say we have reached Zombie-nation state. Because on Friday, we had the US May Non-Farm Payrolls that missed expectations and stocks soared on renewed rate cut hopes. The price discovery mechanism is undoubtedly broken—stocks up, bonds up and gold higher.

Markets are clearly getting used to it.

It is between Trump and the Fed.

We read on Twitter, trading in 2019 is like “If I put this position on, what can Trump Tweet to f**k it up”. And we find out a week later, Trump decided to put off tariffs indefinitely after Mexico agreed to do what was agreed upon months ago?

2 years ago, the reactions would border on outrage but after 3 years of Trump, the Internet is just amused because sometime last night Trump also said the Moon was part of Mars.

“The S&P closed today 3% higher than when Trump tweeted last Thursday he’d hit Mexico with tariffs. Trump should just threaten a new country with tariffs each week then “resolve” the non-issue he created. S&P will hit 5,000 by year end”, Hipster on Twitter.

“Maybe Trump is a genius, after all. What if he finally gets the steep Fed rate cuts he has been demanding? After that, he ends the trade wars, tariffs go to zero, and the stock market surges to new highs—just in time for the 2020 election!”—David Rosenberg on Twitter.

We are not even remotely surprised about Thailand where the government spokesman reportedly said, “The Prime Minister also recommends everyone read the Thai edition of Animal Farm. It’s a book that offers good advice on how to live our lives”, sometime last month.

This is the best environment for zombie companies to thrive. Zombie companies defined on Wikipedia as “indebted businesses that, although generating cash, after covering running costs, fixed costs (wages, rates, rent) they only have enough funds to service the interest on their loans, but not the debt itself.”

Renowned finance pundit of Grant’s Interest Rate Observer fame, Jim Grant, commented in a recent interview that “as it turns out, the corporate living dead, as a share of the broad S&P 1500 index, are close to 14%”, the S&P 1500 referring to the S&P 500, 400 and 600 combined. And he was right back in April that the Fed cannot raise interest rates in this brave new world. For the record, UBER is a zombie stock too.

Factor Research put the percentage of zombie stocks as at Nov last year at 8%, counting only companies whose market cap is above US$ 500 mio.

Another un-zombie-fied mind, the freshly retired chief economist of the European Central Bank also warned this week that the “lack of trust in institutions and danger of ever-spreading protectionism” means “Central Banks May Have Trouble in New World Order”.

In Singapore, we are informed that the rough (unverified) number is about 25%, some 200 odd companies out of the 700 odd listed in the exchange, that are running negative EBITA. That is not too alarming considering that 80% of U.S. IPO’s are loss-making, according to Bernstein, match pre-dot-com bubble era, including mega-IPO’s like UBER.

Moving on to the other side of the trade war, China, stocks are holding on well despite the worst earnings season on record.

It only can happen in China! And it won’t surprise us anymore than Donald Trump’s tweets.

“No economics textbook I know that was written in the first couple of thousand years that discussed even the possibility that you could have this sort of situation continue and have all variables stay more or less the same.”—Warren Buffet

We finally arrive at the zombie economy with Global PMI below the expansionary 50 point mark for the first time since October 2012 as the US economic expansion will break a new record if data survives till July this year.

There are all signs of a protracted slowdown ahead but markets are living on the expectation of central bank and Donald Trump intervention. Trade is slowing, South Korea, the Gold/Silver ratio and inverted yield curves are all signs. Crude oil is down 22% from its high in April and global semiconductor sales have plunged 24% from their highs.

“My own personal opinion is that more damage to the world comes from the cognitive glitches than does from malevolence… There are a million tricks the human mind plays on its owner. That’s what causes stupidity.”—Charlie Munger

Cognitive glitches are what we should look out for now and the concept of “reflexivity” which is made famous by George Soros. “Reflexivity asserts that prices do in fact influence the fundamentals and that these newly influenced set of fundamentals then proceed to change expectations, thus influencing prices; the process continues in a self-reinforcing pattern. Because the pattern is self-reinforcing, markets tend towards disequilibrium. Sooner or later they reach a point where the sentiment is reversed and negative expectations become self-reinforcing in the downward direction” (Source: Wikipedia)

With the zombies in charge, it seems like the right thing to do, to buy on bad news because there will be stimulus to expect and to keep pushing until the zombie companies start to take over headlines and the economy still proceeds to go pear-shaped. We are not sure when but probability has risen in the past week. Yes, it is happening, folks—the Zombi-fication of drivers, investors, markets, corporations and the economy. No one is thinking very hard but for those who will, there is the choice is to opt-in or opt-out. And if you are not a zombie, and thinking about this, that would make you a pretty small minority, wouldn’t it?

Features
Graphic Artist Malika Favre on Pioneering Her Own Pop and Op Art Style
Insights
Envision Partners with Singapore Leading Companies to Build a Smart Nation
Dining
Unusual Foods To Try in Singapore
Love
The Bachelor and the Spinster: Does the Shame of Female Singlehood Still Exist?
Style
5 Polo Shirts That Make You Look Good and Feel Good

Invest
Insights
A Look at Singapore’s HENRY (High Earners, Not Rich Yet) Generation
Invest
Insights
How To Get Rich In Singapore?
Invest
Insights
The Triple Whammy of AAA Singapore’s Monetary Policy
Market Thoughts: The Zombies Are Coming For Us
By Ed Chan
© 2023 High Net Worth All rights reserved.
Privacy Policy | Terms of Service