Mind the Gap: Covid Favouritism, Porsches and a New Divide 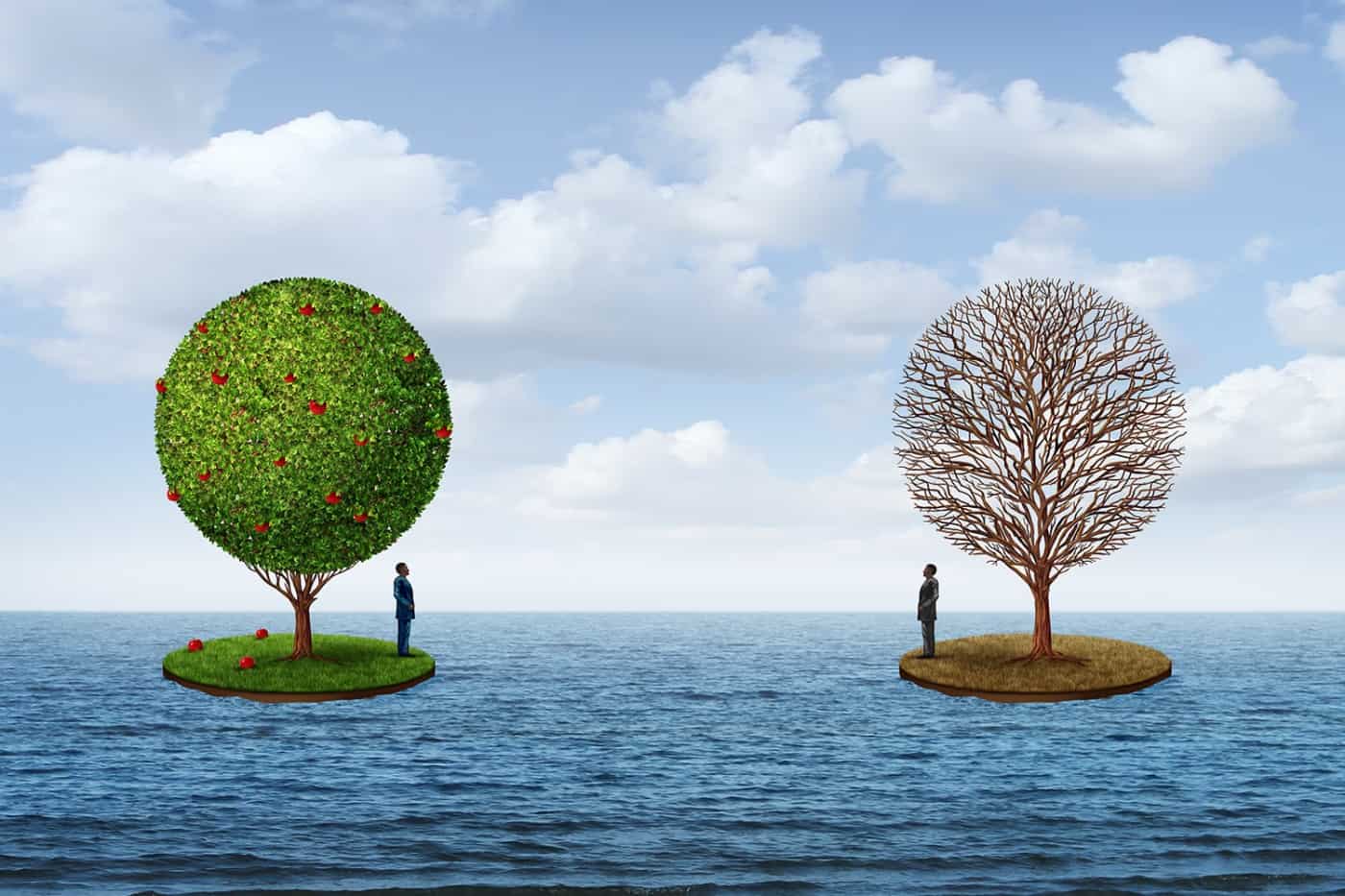 The Covid-19 crisis has favoured some more than others and it cannot be more true as two friends sheepishly confessed that they have never felt more liberated and empowered to be their full-blown eccentric selves: an open hypochondriac, a misanthropist or a penny-pinching scrooge—and not feel like freaks. The FT reports that 2020 is the year of the introvert, giving introverts the chance to thrive in the previously unimaginable work from home situation. Eccentrics and introverts are having the best times of their lives in lockdown, but sometimes pangs of guilt hit when they see how the virus has affected millions of lives in terms of health and wealth.

Favouritism abounds in 2020, unbelievably. Just drive into the carpark at Dempsey Hill for lunch and you may as well be at the Munich Motor Show with all the fancy new models on display, complete with owners looking like they just stepped out of a fashion magazine (as we observe the plenitude of luxury vehicles on the roads these days).

That got us thinking a little more.

For weeks, we have been reading more and more about the widening gyre between the haves and have-nots. The blistering rally we are experiencing is only rewarding the rich, deservedly, on their capital at a phenomenal pace with US$73 billion created for Elon Musk to be the fastest person to become a centibillionaire on the planet. And stock ownership is increasingly concentrated among a small share of the population; top 10 per cent of earners owned 87 per cent of all U.S. stocks in 1Q 2020—up from 82.4 per cent in 2009—while the bottom 50 per cent owns just a sliver.

Singapore is not left unscathed even with the eye-popping stimulus packages that the government keeps rolling out. Data from DBS reported in The Straits Times showed that “as at May this year, more than 300,000—or 26 per cent—of 1.2 million DBS customers have experienced a decline in income by more than 10 per cent. Among these affected customers, about a third suffered even sharper income deterioration in excess of 50 per cent, according to the bank’s recent report on financial wellness,” suggesting a widening income gap compounded by lack of savings.

Most of us would be unaware if we are not reading the headlines about the layoffs and worries over jobs, MoneySense launching a campaign to teach Singaporeans financial prudence amid the Covid-19 pandemic and various ministers including President Halimah stressing on the importance of “preserving jobs, addressing Singaporeans’ anxieties over competition with foreigners” as top priorities for the government.

Yet, we have friends rushing out to buy a used Porsche this weekend as we type, because the other two they were eyeing flew off the shelf last week—an hour before his test drive that the car has been sold. As such, we decided to dig into those car statistics in Singapore after reading that Mercedes could be Singapore’s number one car brand this year.

What cars were people buying after the lockdown in July?

Mercedes tops the table with 15.8 per cent of cars sold but what is more eye-popping are the number of super sports cars and high-end luxury cars sold. Given 2020 has seen just over 21,000 cars sold compared to 2019’s 72,000, the high-end cars show no signs of any let up in demand and are on track to match or surpass last year’s unit sales numbers even as total car sales plunge.

At rough glance, we compare July sales numbers with 2019’s percentages and note that folks are opting for luxury brand names over the regular “economical”(to be politically correct) brands, which could have to do with heavy discounting to narrow the price premiums. But it could also be due to the fact that they have become more affordable for some, while demand from the general middle-class has collapsed because 26 per cent have suffered a decline in income and thus discretionary spending power.

Interestingly, 2020 will not be the first year that BMW or Mercedes have outsold Toyota. Between 2011 and 2013, BMW and Mercedes took turns at the top two spots with Toyota in third place and Honda lagging far behind. It was not until when riding-hailing came along in 2014 that we saw the sales of Toyota Prius and Honda Vezel outstrip the luxury models for private hire vehicles to swarm the streets.

Thus, we thought it would be worthwhile to look back at our last recession of 2008-2009 for comparison with July 2020 (which is the first month in post lockdown and recession) for any patterns we can discern in vehicle sales.

Why 2008 and 2009? Because they were the pre-QE years, before central banks around the world started the money printing during the depths of the recession and the years that followed saw capital favoured and richly rewarded (just look at stock markets) over labour, and it is now quite clear why Porsches are flying off the racks because we had another record-breaking week in stock markets. Before the inequality gap widened, Toyotas and Hondas were the dominant brands taking up more than 50 per cent of the market.

We would have to caveat that our analysis may be flawed given we are not car market experts, and there are other considerations such as Maserati and Bentley pivoting to make SUVs as well as cheaper product lines like the B class from Mercedes or the 2 series from BMW, etc.

Nonetheless, it has to be acknowledged that discretionary spending power has increased for those who have been favoured by the Covid-19 market rally.

Covid-19, how cruel art thou. We reflect on the mixed fortunes of friends, one was able to invest 10 mio into a cheap bond and the other only had 250k to spare for a 20 per cent return and it is clear the gap has widened.

The absurdity of Covid-19 has the chief economist of the IIF (Institute of International Finance), Robin Brooks commenting on Twitter, “Massive layoffs due to Covid-19 caused a perverse compositional effect, as low wage job cuts caused the overall wage level to rise. To see just how bonkers this effect is, look at Q2 2020 (black), when average hourly earnings rose 17 per cent even as unemployment was way above CBO NAIRU.” Hourly wages in the U.S. have never been higher because the job cuts only affected the low-paying workers.

The situation is largely the same elsewhere. In China, sales of luxury cars and beach holidays are up, while the rest continue to tighten belts and overall retail sales fall. A survey shows that almost one-third of Hong Kong’s poor are now jobless. Elon Musk becomes a centibillionaire as misery levels on U.S. streets rise, waves of evictions continue and more Americans go hungry despite new highs in the S&P 500 and Apple becoming the first company in history to be valued at more than US$2 trillion.

Goldman says almost a quarter of temporary layoffs in the U.S. will be permanent and the U.S. IRS projects an even more dire picture that they expect 37 million less W2 filings in 2021 and college admissions in the U.S. are about to get even more unfair with a bias to admit full fee-paying students when an average CEO pay is expected to rise in 2020 despite the pandemic.

The outlook is not any better, the stock markets signal that labour-light firms beat big employers by 37 per cent in equity price gains creating a “bear market for humans,” rewarding capital over labour.

On the corporate front, disturbing trends are emerging where the concentration of market power in a handful of companies is leading to the deepening inequality and financial instability, according to two Federal Reserve Board economists in a new paper.

It is plutonomy at extreme levels because behind these companies are a handful of billionaires and many global corporations are now larger and more powerful than most national governments, which is a touchy subject as political contributions from billionaires soared from US$32 million in 2010 to US$611 million in 2018 as CNBC reports.

The BIS reports that “large firms—those with annual revenues above $1 billion—now account for 70 per cent of the companies tapping the bond market. Meanwhile small & mid-sized firms that rely more on bank loans have seen credit tighten in recent months.” Separately, bankruptcies continue to rise from the little diner to the little farmer.

Now we are not sure if greed is good after all. 2020 has become a mind warp as we are bombarded incessantly by the headlines of job losses and human suffering when friends are rushing to get the new available second-hand Porsche, while other friends are making even larger strides in personal wealth gains to widen the gap.

Everybody we talk to, who is aware of what is happening, says it will not end well. We are at the brink of a New (unbreachable) Divide and suddenly we are talking about Porsches and Linkin Park again?

Invest
Insights
A Look at Singapore’s HENRY (High Earners, Not Rich Yet) Generation
Invest
Insights
How To Get Rich In Singapore?
Invest
Insights
The Triple Whammy of AAA Singapore’s Monetary Policy
Mind the Gap: Covid Favouritism, Porsches and a New Divide
By Ed Chan
© 2023 High Net Worth All rights reserved.
Privacy Policy | Terms of Service