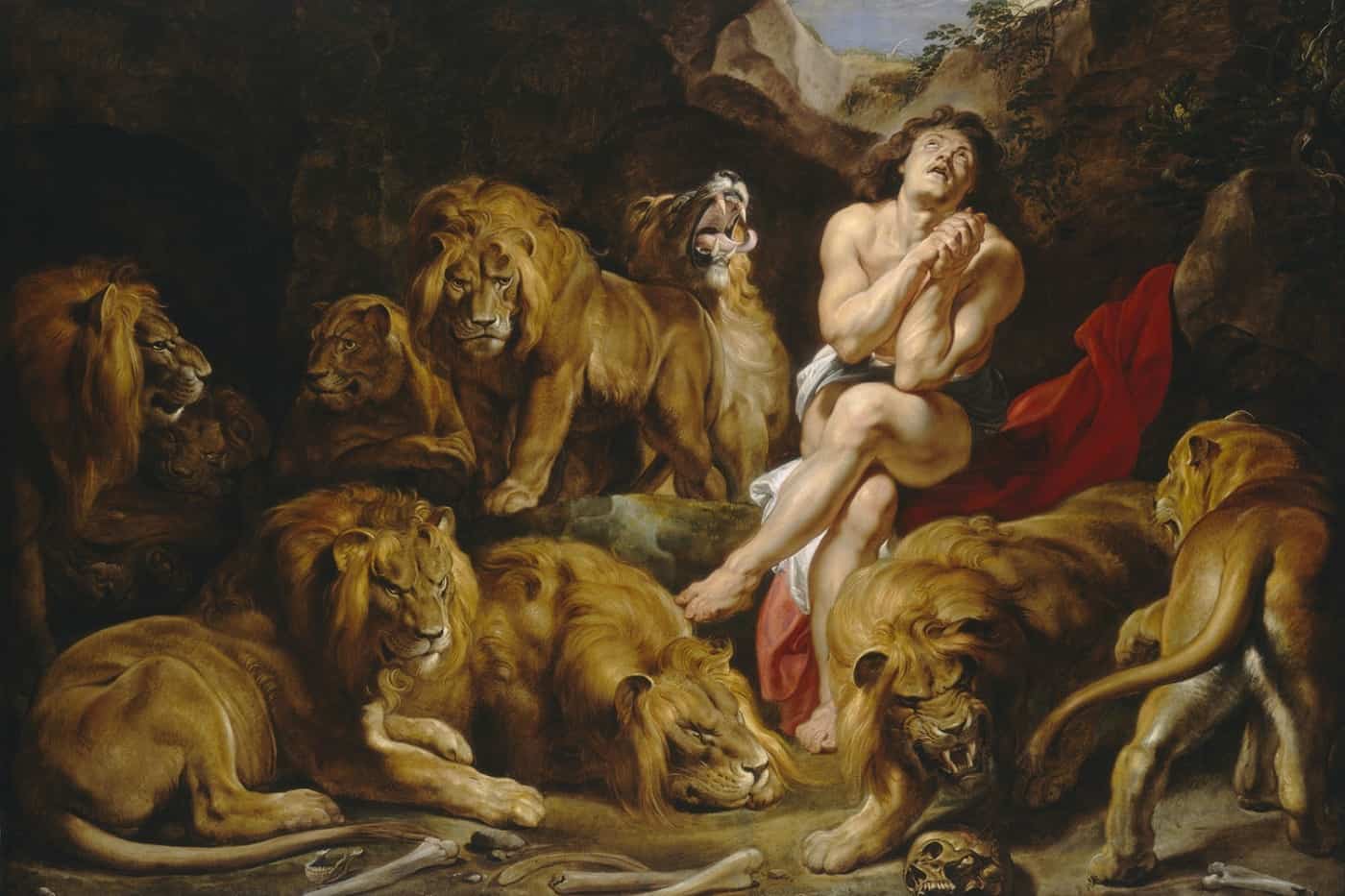 “Humanity did not evolve to mourn the unborn”
Elon Musk, father of 8 (1 deceased)

There is nothing as sad for a parent reading about the Ukraine war as the senseless loss of lives, from the youths who have a future ahead of them to the families, children and old folks who have their lives torn asunder—never to be the same again if they survive.

As a parent whose child commandeered a military vehicle in National Service, we shudder imagining the young soldiers incinerated within their tanks when struck by a rocket and our thoughts go out to their parents who do not deserve the fate of losing a child in that manner.

A long-lasting consequence of the war, once we get past the disruptions, inflation, stagflation and recession to follow, would be the utter decimation of global birthrates, which has already fallen precipitously since Covid-19. We have to take a hard look and ask painful questions because those happy family ads are clearly not working. Not just in Singapore or China which is now plaintively asking “Chinese women to get married early” to have more children, and may lower the legal marriage age.

Gerontology degrees and diplomas are all the rage these days, but no one has heard about it let alone consider it a career option when we were undergrads. It is probably a bad time to be in the business of mass-market childcare when babies are becoming scarce.

Why do we voluntarily have children? The main answer in the past was so we will not be lonely or we felt hope and optimism for the future of the family, finances and such. Yet those answers are not forthcoming now as the world sinks into an epidemic of loneliness. A dear friend expressed her loss of purpose as her years of single parenthood come to an end when the child leaves to study abroad.

Why does the economy need children? We need to keep those expensive real estate filled, to maintain their valuations with occupants who also pay taxes to finance the state, taking the responsibility off the shoulders of the prior generation who can then enjoy retirement with healthcare and pension taken care of—unless they die in an epidemic like Japan with deaths at a postwar record (for more empty real estate).

It is not just the housing affordability issue that is holding society back. After speaking to several millennials, some married, attached and single, who are vociferously against having children, let us examine some of the other plausible causes which fall into the broad categories of economics, values, lifestyle and health.

It is a fast-paced world and stress levels are at impossible heights not just from social distancing but social media bullying, cancel culture, woke-ism, gaslighting US presidents, fake news, hackers on top of financial concerns for workers of the gig economy and worries of global warming and environmental devastation.

There goes the hope for the future and the birth of the YOLO mindset where nearly half of younger people “don’t see a point in saving” until things return to normal, which means they are saying no to children as well.

The inflationary boom we are witnessing will undoubtedly put a dampener on the idea of children along with the potential recession as we note marriage rates declined sharply during the Great Depression. Housing affordability has collapsed around the world as the wealth gap widens with numerous studies finding it was made worse by Covid-19 as more people come to be aware through social media. The picture is not rosy at all if CNBC is correct in reporting that “as inflation heats up, 64 per cent of Americans are now living paycheck to paycheck,” although the situation is perhaps less dire in Singapore.

Stability gives hope, stable (non-gig) income and jobs, but we know that 65 per cent of tomorrow’s workers will have jobs that do not exist today which is a vote of confidence for the young. The lack of hope for or uncertainty about the future could be contributing to the mental health crisis which is exploding in the US (largely expressed in substance abuse) as we wonder about the 47 per cent increase in excess deaths for those aged between 25-44 in 2021.

The decline of religion is another factor. Every major religion in the world encourages reproduction as studies have shown that religious people out-reproduce the secular, to the extent of outlawing abortions for some and US membership in houses of worship fell below majority for the first time in 2020, down from 70 per cent in 1999, according to a Gallop poll. We can probably generalise that statistic for the rest of the world without pointing the finger at education or any other cause.

There is the environmentalist and humanitarian a.k.a. wokeist angle, a growing anti-natalism ideology (see photo below) which we consider rather extreme, considering that there are officially 47 sexual orientations to choose from these days including pansexual and sapiosexual. We would assume most of them are not that child-friendly.

It would also be easy to blame addictive gaming or cryptocurrency, which has birthed a dysfunctional otaku or “Incel” culture without further elaboration. Perhaps that is why China is taking the effeminate men and gaming thing seriously.

What about geopolitical uncertainty? Then it is no wonder Taiwan has the lowest birth rate in the world although why Singapore is number 3 is probably due to some other reason. Maybe it is a mix of geopolitics and female education to justify Afghanistan’s birth rate?

Thus, we find ourselves in a YOLO or nihilistic society that embraces hedonism to great extent, with kids not on the cards and stress levels at extremes which have led to a 52.4 per cent decline in sperm concentration, a decline of 59.3 per cent for North American, European, Australian and New Zealand men but no significant decline in South America, Asia and Africa.

Marriage is not an issue in Singapore as we note the percentage of married residents has risen in 2021, as per Singstat. The percentage of single men between 40-49 has also fallen significantly vis a vis an even more substantial rise in the number of single women in the same age bracket. Judging from the photo below, it would seem that the U.K. has the same problem which is not a cause for concern if we take out the women past their childbearing years.

Yet it is true. Statistical studies have shown that smart and successful women are less likely to be married, discounting those who prefer to be in a relationship and men prefer not to date smarter women. How does this work when we are all-in for educating the girls?

An analysis of census data by the University of Chicago and NUS showed that in places where women are more likely to outearn men, there are fewer marriages as explained by Bloomberg’s opinion piece, If Your Wife Makes More Than You Do, Read This, regarding the issue.

Why is marriage important?

No marriage, no babies or illegitimate babies. They are excluded from the system and until 2016, illegitimate children in Singapore were excluded from maternity leave and education benefits although there is still no tax relief and baby bonus and all that. For more on the rights, read this.

It is hard for ordinary people to find a partner despite what they say about dating apps, our dear friend will attest. Societal expectations are increasingly elevated these days since we have the K-pop standards and girls are getting more beautiful in general from our observations with the proliferation of cosmetic surgery and genius make-up. Indeed, we can also recall a time when there were “ordinary-looking” KTV girls during our visit some two decades ago. These days, all of them look like supermodels.

Dating apps have become a photo contest and we have nine girls going after one guy and vice versa for the guys although some guys have told us they are less fussy.

Yet we also know of successful women who have used the services of private sperm banks overseas to birth children and raised them alone with their rich parents who helped with the paperwork. The Singapore sperm bank requires a married couple to prove without a doubt the husband’s impotence before you can avail its services.

Let everybody who wants a child have a child!

Let us think about getting rid of the archaic rules for the sake of the unborn.

Maybe it has become a world where younger women prefer older men because older men definitely prefer younger women or that older men feel more comfortable in marriage when they are financially secure and all that. It is definitely worth looking into.

Our final word is to highlight the vast economic and business potential the singles market has to offer, in tribute to brave singles and single mothers like our dear friend who single-handedly brought the kiddo up. The loneliness epidemic has heaps of legitimate business opportunities whilst love scams would be the most promising crime.

There is a dearth of singles’ dining places in Singapore, singles-friendly portions in supermarkets, singles’ co-living spaces, singles’ financial planning and more.

Change in the mindset is needed if we want to avoid mourning the unborn and behold the dystopian future presented in The Brave New World by Aldous Huxley with state-incubated and sponsored babies who are then unleashed into society.

If Orwell’s 1984 is coming true these days, we wonder what next?