Post-Lockdown World Will Not Be the Same, but It’s Not All Bad 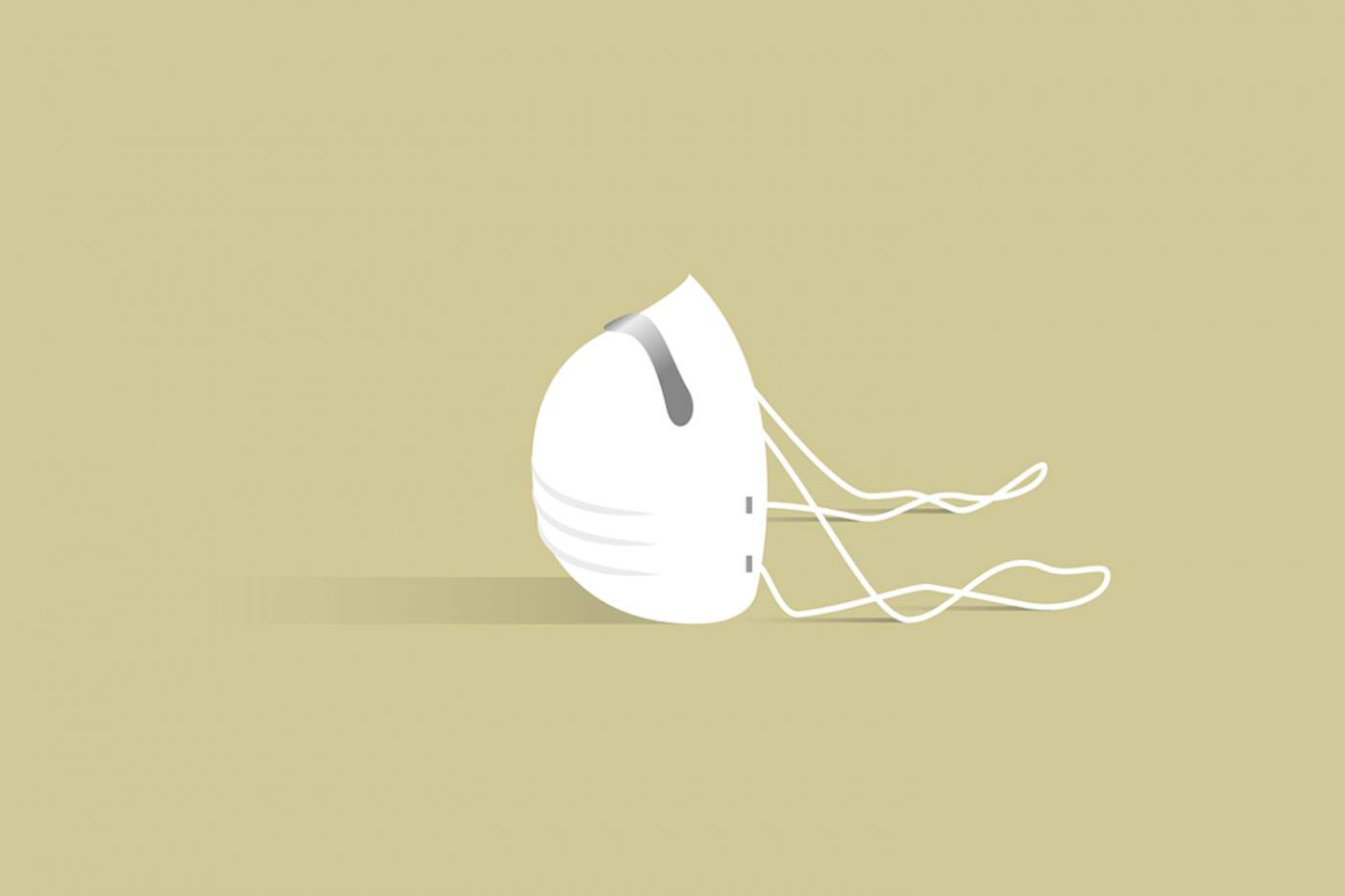 For Covid-19, “more than 90 vaccines are currently being developed globally, with eight in the clinical trial phase. But experts say the process could take years and may not happen at all.” And the fastest we ever had a vaccine ready was five years.

Six months ago, no one would have, in their wildest dreams, imagined more than half the population or more would be paid to WFH. These are times when we must give thanks for the little things in life that make working from home enjoyable and exciting, as we get bombarded with photos from a friend who seems to be nurturing and cataloguing a menagerie of wildlife at home.

Yes. We have mastered the art of unbreathing, when we dash out to grab lunch, instinctively holding our breaths when we walk past an endless stream of mask-less panting joggers and cyclists, those claiming to be brisk walking and the crowds thronging every suburban food centre. I am thankful for having a car to take us around and not have the risks of taking public transport.

I am thankful also for a house that has reasonable distance from the neighbours, with no common areas or air ducts to risk infections, far enough to be distanced from any cough droplets, and the high walls to keep those nasty germs out.

I am thankful for feeling safe within our walls and the opportunity to WFH, with some multi-tasker female friends turning lunch hours into laundry and gardening time instead of lounging at Raffles Place, idling over cups of coffee and watching the crowd pass by.

The home has never been in better shape and un-neglected but for those reports of people spending less and saving more, we find ourselves spending much more with a dear friend reporting that she just ordered four sets of the new Uniqlo activewear gear as her new work uniform and two new air purifiers as well as two cartons of wine just this week along with several care packages of set lunches to be delivered to friends, in support of her favourite restaurants. Saving money? Yes, two DIY YouTube-inspired haircuts, which sounds more intimidating than it actually is—in the name of female vanity as she confidently vouched.

It is a thankful period indeed for healthy living and eating, the practice of good hygiene, less extravagance, empathy for others and the prioritisation of the living space and need for health insurance amongst other things, which will mark the days ahead as the population emerges from lockdown.

Today’s article will be about looking ahead with a futuristic lens instead of the fatalistic reports we are tired of reading from all the closet fortune tellers, economists, strategists or just about anyone who has an opinion on massive layoffs and business closures without imagining and underestimating the possibilities of how resilient humans can be.

Deutsche Bank published an interesting summary of behavioural changes to expect in the months ahead and we observe it is mostly social distancing related which will take its toll on the recreational, entertainment and travel-related businesses as well as office space while creating pockets of opportunities for other industries.

For every business that is suffering and shuttering, we have opportunities arising from the ashes as we read about car sales reviving in China for BMW (+14% in April) and gang on Twitter that “traffic patterns in China are changing: the rush hour is witnessing above-2019 congestion, but off-peak hours show traffic well below 2019 levels. Probably a sign that commuting has shifted to cars, but discretionary travelling is low”.

AutoNation Inc., the biggest car-dealership in the U.S. foresees that “consumers’ desire to travel again and do so in their own personal space” will drive car demand going ahead which is showing up in stronger than expected sales of recreational vehicles/campervans that saw the stock price of Camping World Holdings (CWH US) jump 35% on strong results which is attributed to “consumers’ desire to vacation while maintaining social distance.”

Smartphone shipments from Chinese factories to vendors were up 17 per cent in April compared to the same month a year ago as the world fast-tracks digitalisation, Nintendo smashes sales forecasts with its Animal Crossing game on the Switch console and Google is scrambling to find enough laptops for new employees to work from home.

Netflix is no longer a choice but a necessity for households in these challenging times, along with Zoom, Instagram, Tik Tok and Amazon (we confess, we only have Netflix out of the list).

Priorities have shifted to baking, cooking, planting, reading, exercising, guns in America and errr, supernatural readings too, according to Yelp data in April. The global lockdown baking phenomenon is very real (we can vouch for the queues at Phoon Huat), with reports in the U.S. of flour shortages after all the toilet paper and disinfectants have been bought up, thanks to the supply chain disruptions and the streams of photos on social media each trying to outdo the other with their homemade bread.

At the same time, we have a significant amount of business lost especially in services that cannot accommodate social distancing.

For every dozen reports we read about restaurants lamenting their future, we come across a heart-warming story of a store owner who sold more plants from home than she imagined after closing her store in the UK-wide lockdown.

And there are stories of innovative chefs doing packed meals, home cooking kits, pasta subscriptions and more to varying degrees of success. Even strip clubs and art galleries have gained business (according to Yelp) by finding ways to adapt and serve up their offerings using virtual platforms.

Covid-19 has impacted shopping choices too, if our friend’s new Uniqlo activewear uniform (to replace the work clothes) purchase is anything to go by. Global fashion search platform Lyst revealed a “spike in interest in luxury tracksuit bottoms and designer jumpers indicating that more people are dressing for comfort while in lockdown at home” with the “Off-White’s £76 Arrow Face Mask taking the top spot in the list of hottest men’s products.”

Dining and drinking places remain woefully empty as China and parts of America and the rest of the world opens, but we read on Twitter that businesses like Hobby Lobby setting the single biggest sales day on their first day of reopening, beating Christmas and Black Friday along with the crowds gathering to buy new Air Jordans after the lockdown was lifted in Atlanta.

If anything, this crisis has brought out the best and worst of human behaviour and patterns we can use for the future. The socially righteous mask vigilantes are probably also the same people rushing to support poor Crossings café at Waterloo so much that it became overwhelmed with orders (including ours). The awareness that we should support local, but not Deliveroo or Grab because the already struggling restaurants are crushed by the charges such as this poor pizzeria in the states which only managed to get US$376 for US$1,042 worth of pizza orders in the U.S., prompting a movement to boycott Grubhub.

We have friends who have sworn off Deliveroo and Grab and whatever as we have, preferring to make that drive to pick it up ourselves at Thevar, Mandarin, Maddie’s Kitchen, Il Fiore, Crossings, Chin Huat, Penang Kitchen and the list goes on.

But it is the scamming bit that gets to us as we have finally given up on Lazada when we chose to go local and buy from a local face mask supplier, only to be scammed of S$140 bucks worth of facemasks from a certain Unicorn outfit and to add insult to the wound, Redmart fails to show up on the same day we complained (the second time to no avail). We waited till midnight for the 5-7 pm delivery only to receive a message two days after that we were ‘not home’ and ‘uncontactable?’

That’s about it for the support local drive by these useless amalgamating engines. No more Lazada for life and Redmart along with it, changes will have to be made and priorities reset because it is not worth living with the fear that the Unicorn creep has your home address (because he is a local reseller) and your mobile number (no data protection for you! Thanks Lazada) to terrorise you in your nice abode if you dare complain another time.

There are countless scams that will change the way we live forever, but it is not all bad because it is a wake-up call in a good way, as folks are already giving their i/c numbers to get a haircut and to go to the supermarket and gas station.

Sure, there are over 30 million people out of work in the U.S. right now and a lot more elsewhere around the world and that is the biggest worry on the minds of the politicians and central bankers, along with the fact that many small businesses and big corporates will be facing solvency issues. We really cannot envisage some companies surviving this pandemic, such as ramen chains, mee pok stalls (because those foods cannot survive being tapao-ed!), gyms, piano schools, yoga studios and more.

Yes, we can continue to think negatively of the future: the job losses, hungry and angry masses and the people who are dying to go back to work to avoid potential domestic violence. A dear friend was telling us that she would volunteer to be the stay-at-home team to facilitate the process because there is a wait-list to go back, not considering the mental distress issues which seem to have tripled among Americans especially those living at home with kids under the age of 18, which has risen more than 12-fold from 3 per cent to 37 per cent (that is not a good sign for having children).

Or we can see the good side of all this social distancing which is a dramatic drop in other illnesses and the rise of opportunities, for instance, UV technology being incorporated into our lives or Ikea deciding to enter the U.S. market soon in major cities.

It is nice to WFH and dream of having a hornbill visit the house. It is nice to think of the endless possibilities that would happen from all the changes that will be happening and the future we would build from there. Nothing will be the same after the lockdown, and it’s not all bad.

Property
Here’s What CapitaLand Is Doing to Enhance Safety Measures in Malls
Style
5 Things to Look Out For in Rihanna’s New Fenty Collection
Travel
Unforgettable Hakone
Features
Section 377A: A Primer on Empathy and Generous Listening
Insights
Op-Ed: The Crazy New Normal of Economic Prosperity Facing Disruption and Dystopia

Invest
Insights
A Look at Singapore’s HENRY (High Earners, Not Rich Yet) Generation
Invest
Insights
How To Get Rich In Singapore?
Invest
Insights
The Triple Whammy of AAA Singapore’s Monetary Policy
Post-Lockdown World Will Not Be the Same, but It’s Not All Bad
By Ed Chan
© 2023 High Net Worth All rights reserved.
Privacy Policy | Terms of Service