Psychopaths Needed in Dealing with Market Panic and Evil Algos 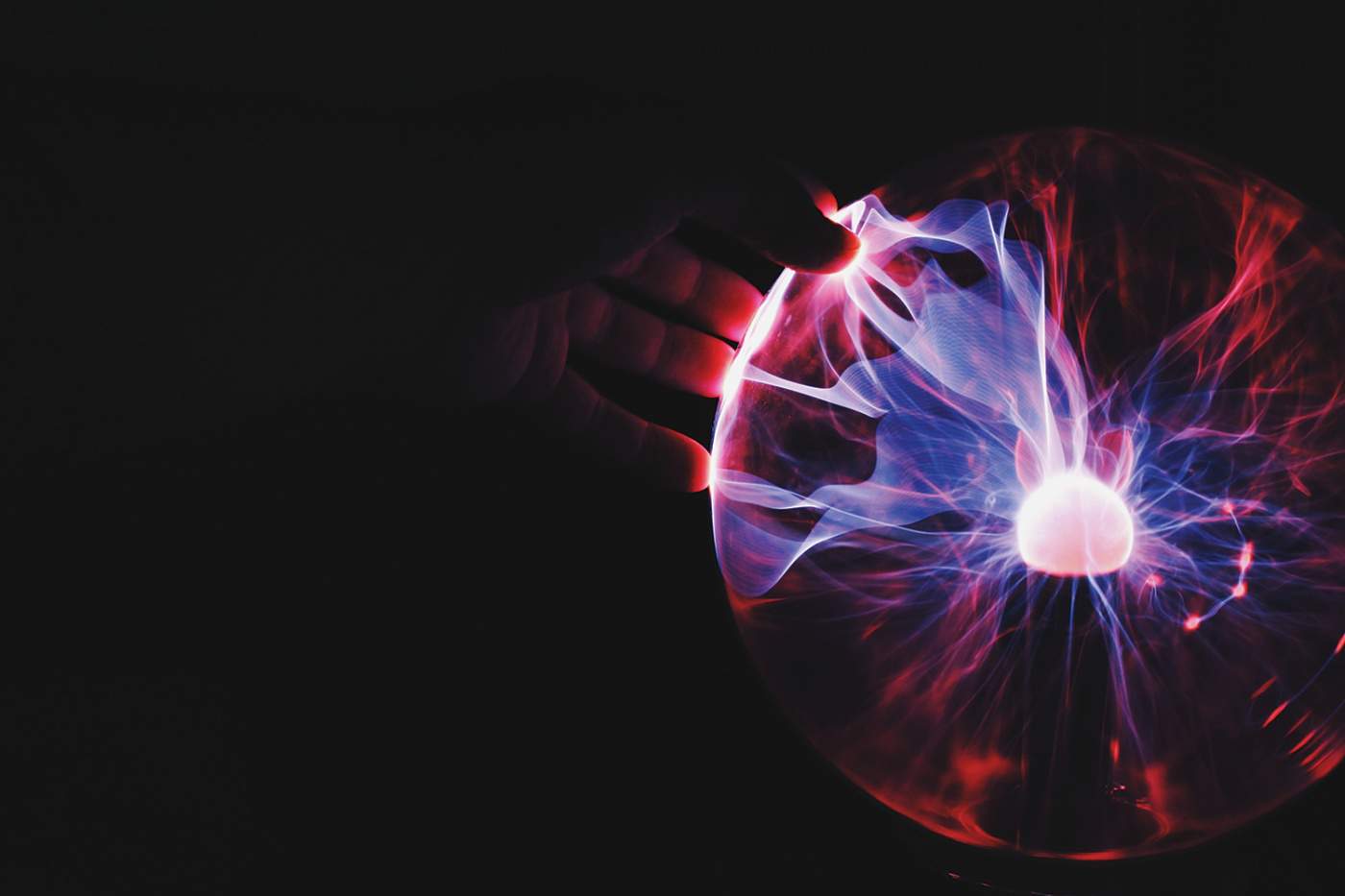 It’s been a bad week and thus, time for a light-hearted post about evil algos and psychopaths.

Panic! At the Market Disco

There has been panic in the markets that is not Chicken Little in nature as seasoned-trader friends tell us they feel fearful as stocks (US$ 1 trillion wipeout in US markets) and oil play the game of catch-the-falling-knife, leaving no asset class unscathed as outflows continue to mount out of risk assets, namely stocks and credits, into the classic textbook safe haven trades of gold and US treasuries (evidenced by the widest level in 2018 between the S&P earnings yield minus US 10Y yield) .

We can say that the consensus is pretty much unanimous that the worst is yet to be with the inversion of the US yield curves, first in the 3 year and 5 year, quickly followed by the 2 year and 5 year as the first reports emerge of Donald Trump worrying that he caused the meltdown.

Warren Buffet who is supposed to be greedy when others are fearful, is missing in the action safe for buying back a billion dollars worth of Berkshire shares and possibly making a US$4-6 billion bid for India’s 2nd largest bank, Kotak Mahindra Bank.

It would appear that markets have hit a tipping point and moods have unconsciously converged on misery and despair at a time when we have the highest earnings growth in the S&P 500 since 2010 with operating EPS up 33% on the year.

Finger pointing at Trump or the Eurozone’s political fracas (which is a luxury of democracy) or Brexit or the arrest of Huawei’s scion or oil will not save us from the inevitable—it will not change a thing and perhaps it was just the “evil” Algos which made it worse.

Which will we have?

Algos or algorithms are rules-based automated trading that account for “72% of trading in US equity indices, 75% of International equities indices, 84% of G10 currencies and 70% US Treasuries”, according to Macquarie Bank. JPMorgan had estimated in 2017 that fundamentally discretionary traders account for just 10% of trading volumes.

After this week, we are witnessing an angry horde of investors pointing the finger of blame at these “evil Algos” on CNBC, accusing machine trading of causing the latest bout of volatility.

Nomura analysts went to the defence of the CTA’s, the group of fast money algo hedge funds that thrive on making the quick buck in chasing market momentum, arguing that most of the selling was done and dusted in November and not this time round.

Perhaps it could be their absence that made it all the worse?

It is something for us to think about.

The Absence of Fear

We have been in touch with our various algo friends, mostly former traders or folks in partnership with PhD programmers to set up algorithmic or quantitative trading platforms to varying degrees of success over the years.

The trading models range from simple to complex, some just focusing on intraday forex trading, others in arbitrage strategies that thrive on small moves, the CTA types with all their expensive hardware that translates into speed for capital intensive (yet apparently foolproof) trading and we have the complicated correlational strategies, extensively back-tested and deployed intuitively based on prevailing market conditions.

You are only limited by your imagination as far as creating an algorithm is concerned but as we said in February this year in An Essay on Artificial Intelligence, Stupidity and the Markets, it is one thing to beat a chess master in a chess game that has a definite ending but it is much harder in a market where there is no definite ending or rules, running on greed and irrationality and machine-learning is not effective if it incorporates human biases and prejudices to make mistakes and misinterpretations.

As we said, “smart machines could be taught to be as stupid (or mad, or evil, or greedy) as us”, as expressed in the Harvard Business Review “they are likelier to inspire false and/or misplaced confidence in their findings; to amplify or further entrench data-based biases; and to reinforce-or even exacerbate-the very human flaws of the people who deploy them… Algorithms are, in part, our opinions embedded in code”.

All of them algos, humanly conceived with man-made rules bring to mind some of the simply stupid responses that you get from the robo-bank-call-operators (that we will not criticise too much about for the sake of the Smart nation vision).

The missing link would be in the emotions and absence of fear.

There can really be no emotions when you see a screen tick up like well-oiled clockwork in the days the stop-loss algos are out on a hunt.

There are a few days each year to witness this breathtaking phenomenon, 2018 has more than the usual share, where it is clear that whoever is behind those daring moves is more mechanical than human, ticking away without fear.

Now how does it feel to be a human against the machine?

No doubt some algos who had lost to the hunter algo would have their human creators clutching their hair in despair before pulling the plug on the “useless piece of junk/strategy”.

Yet there is another group of humans—the motley band of traders and investors who are pitted against these mind reading machines on a daily basis.

It does not pay to be too predictable, we would assume, to be too glued to those iPhones or plugged into mind numbing social media that is subliminally influencing our thoughts because since July this year, Bloomberg is selling “a real-time feed of curated Twitter data, so that enterprise clients can incorporate the most financially relevant content into their trading algorithms. Built on the back of Bloomberg’s robust Natural Language Processing techniques and available through the company’s Event-Driven Feeds (EDF) product, the data allows financial firms to extract value by making sense of the over 500 million Tweets per day.”

In other words, the algorithms that trade based on posts and headlines (yes, there is an increasing number of them), have an upper hand!

That is why JPMorgan’s chief strategist Kolanovic sees “disconnect between negative sentiment and macroeconomic reality” which has been reinforced in a feedback loop of real and fake negative news.

So, that is why we can have EPS growth of 33% and a bear market beckoning, with no fear!

Then again, is the market not just a compounding set of human or human-created algo mistakes?

A friend joked that getting a rabies jab on Friday was not going to help much in the rabid markets – clearly nowhere near a nervous breakdown in the extreme volatility.

Hedge funds have given up 4 years of gains and JPMorgan is calling for cash over stocks for the first time in a decade.

Battle-scarred trading veterans are numbed to fear, conditioned to be calm in the face of danger much like the Special Forces, able to stomach gut-wrenching losses without bursting a vein in the head and making decisions under duress.

No one is having a nervous breakdown here but the mental dislocation is huge judging by how the weeks have gone by, unnoticed by members of the public like us who are oblivious to the strains their friends are under.

A trader friend was unusually quiet over lunch and almost absent-minded until they blurted out the enormous stress they were facing which was unenviable and something we can empathise with, having been there once upon a time.

We read somewhere that chronic stress damages the brain as much as it does to a heavyweight boxer. Perhaps true or, perhaps not?

Yet we know of 2 veteran traders who went separately for neuro-feedback assessments in the past year and both were cleared of any mental maladies and deficiencies including stress.

In fact, test results showed indiscernible or deficient levels of stress in our friend to which could be justified with the day being a Saturday and markets were shut and there was nothing one could do about markets.

Well, we read of another group of people with little stress—folks with psychopathic personality traits who produce much less of the stress hormone, cortisol. Psychopathy is not a crime! No discrimination, please! For we, ourselves, could well be latent psychopaths for our former line of work and we feel as normal as normal can be, vouching for our friend as well.

We cannot have psychopathic tendencies because we tried to eat 6 (recommended by Harvard) french fries and ended up doing 20.

Yet it would be wise not to assume too much about the condition because there are many mentally burn-out folks we have come across this week that even a former hedge fund friend is considering throwing in the towel and becoming a sound engineer.

For us, we definitely see algos running the marketplace and maybe, even algos written by psychopaths and they are surely not going away anytime soon as those headline algos will continue to rule the day as Trump tweets, Brexit tweets, Marcon tweets, Merkel tweets, Italy budget tweets, Oil tweets and all continue to pound prices.

Meanwhile, those psychopathic traits will be useful in managing all that stress.

Invest
Insights
A Look at Singapore’s HENRY (High Earners, Not Rich Yet) Generation
Invest
Insights
How To Get Rich In Singapore?
Invest
Insights
The Triple Whammy of AAA Singapore’s Monetary Policy
Psychopaths Needed in Dealing with Market Panic and Evil Algos
By Ed Chan
© 2023 High Net Worth All rights reserved.
Privacy Policy | Terms of Service