Learning From an Eagle That Crashed Shortly After Taking Flight 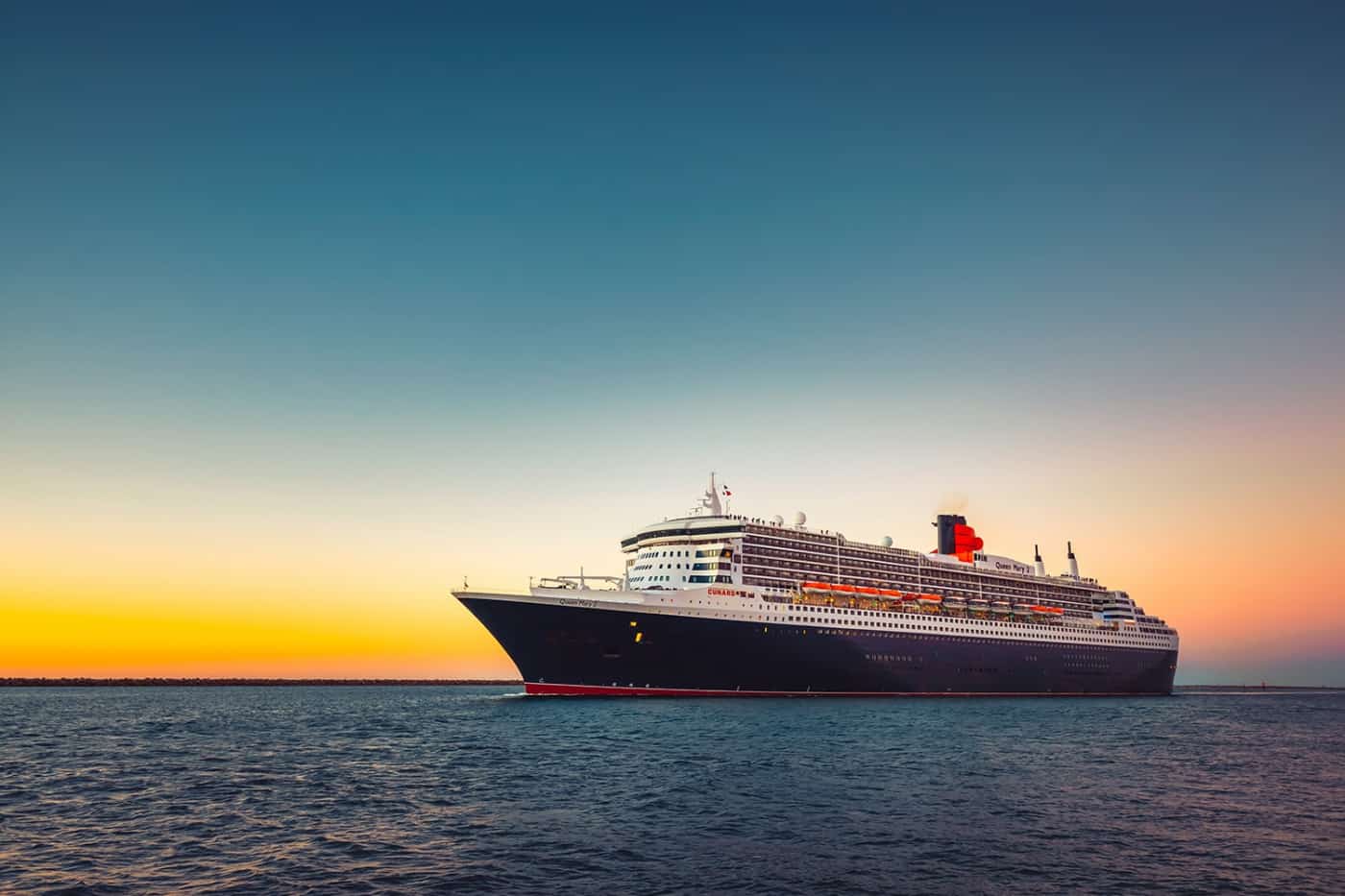 “A U.S. hospitality specialist with an invested sponsor and a portfolio of full service hotels in the top U.S. markets”. The series of events leading to the collapse of Eagle Hospitality Trust (EHT) could not have been diametrically different from the statement that was highlighted on the cover page of EHT’s initial public offering (IPO) prospectus. So what went wrong? Here, we dissect the saga and what investors can learn from this unfortunate episode.

The Chain of Events

EHT, a stapled trust, comprising Eagle Hospitality Real Estate Investment Trust (EHREIT) and Eagle Hospitality Business Trust, made its debut on the SGX mainboard in May 2019 with an initial portfolio of 18 hotel properties. There was a master lease arrangement under which affiliates of its sponsor, Urban Commons (EHT Master Lessees), would lease the hotels from the subsidiaries of EHREIT (EHT Master Lessors). The crown jewel of EHT’s portfolio was perhaps the Queen Mary Long Beach, “an iconic ship that is a destination itself,” which was a hotel operated aboard a historic British ocean liner that Urban Commons had leased from the City of Long Beach.

However, the “iconic ship” soon ran aground. In October 2019, it was reported that the City of Long Beach had served EHT with a notice of default regarding the Queen Mary Long Beach as a result of its failure to make several repairs to the ship. Not long after, EHT’s financial resources began to deplete due to the impact of Covid-19 and various delinquencies by the EHT Master Lessees, such as failing to pay rent on time, management fees and working capital for the hotels’ operations. EHT also received a notice of default and immediate repayment of a US$341 million loan it had taken out in connection with its listing on SGX.

In March this year, EHT called for a voluntary suspension of trading. A month later, EHT established a special committee to conduct a strategic review, which discovered that the founders of Urban Commons (in their capacity as directors of various subsidiaries of EHREIT) had, on behalf of these subsidiaries, entered into various interested person transactions (Urban Commons IPTs) which did not appear to be in the best interests of EHT and its stapled security holders.

In June, the Monetary Authority of Singapore (MAS) and Commercial Affairs Department commenced a joint investigation into current and former directors and officers responsible for managing EHT in connection with a suspected breach of disclosure requirements under the Securities and Futures Act. The MAS also issued a directive to the trustee of EHREIT to remove the manager of EHREIT. Faced with the absence of a replacement manager and EHT’s inability to continue as a going concern due to the depletion of funds, EHT subsequently filed for Chapter 11 bankruptcy protection in the U.S. and disposed substantially all of its hotel properties.

One lesson that can be learnt from the EHT saga is the importance of a financially strong sponsor. This is cardinal for a listed trust which is structured based on a master lease arrangement. Given the lack of diversity in lessees, the ability of a master lessee to keep up with timely rental payments, therefore, becomes very crucial. Rental income is the chief source of income for a listed trust, and mounting rental defaults over a prolonged period can have an adverse impact on its financials.

Investors of any listed trust must assess the financial standing and track record of the sponsor. That said, with a foreign sponsor (as was the case for EHT), it is generally challenging to obtain such information on the sponsor beyond what is disclosed in the IPO prospectus. Although investors may rely on the disclosures in the IPO prospectus, there is still a risk that it is not adequate (enough) for one to make an informed decision.

[Related: A Primer on Corporate Insolvency and Debt Restructuring in Singapore]

Spotting Red Flags in the Structure of the Listed Trust

Before parting with your money, consider whether there are any risks associated with the structure of the listed trust. A listed trust is typically structured to be as tax efficient as possible. A complex structure, however, increases governance risks because of the difficulty in exercising board oversight. If a complex structure were to be adopted, there should be proper checks and robust internal control systems in place to prevent any lapses in governance.

The structure in EHT’s IPO prospectus depicted different layers of entities incorporated in Singapore, the U.S. and the Cayman Islands. In fact, there were five layers of entities between the stapled securityholders and the entities which held the hotel properties. This could be a reason why questions were raised as to whether the multi-layered structure warranted greater scrutiny and due diligence by EHT’s professional advisers on its IPO, since they have knowledge of legal compliance obligations and optimal tax structures of listed trusts. Questions were also raised as to whether there could be more comprehensive disclosures in the IPO prospectus to alert investors on the possible complications and risks associated with EHT’s complex structure.

On top of that, the founders of Urban Commons were able to enter into the Urban Commons IPTs without the knowledge of the manager of EHREIT. Given the complex structure and how the EHT Master Lessors were subsidiaries of EHREIT, shouldn’t there be internal controls and risks management measures in place to ensure that the terms of the transactions were fair and operated in the best interests of the stapled securityholders?

With hindsight, it is easy to determine what went wrong with EHT, however, as Nobel Prize winner Daniel Kahneman aptly highlights, “[w]hat hindsight does is it blinds us to the uncertainty with which we live. … Because after the fact, everything is explained. Everything is obvious.” Even if a sponsor may have the requisite financial muscle and the listed trust has proper checks, robust internal controls and adequate risks management measures, there will still be an element of uncertainty whether a listed trust would succeed, or collapse like EHT. After all, the success of any entity depends on a variety of factors, such as good macro-economic conditions and effective management.

Every investor should be reminded of the caveat emptor principle and pay heed to the cautionary statement typically printed in an IPO prospectus to “consider whether an investment in the securities being offered is suitable for you, taking into account your investment objectives and risk appetite. If you are in any doubt as to the action that you should take, you should consult your legal, financial, tax or professional adviser. You are responsible for your own investment choices.” Investors of any type of securities should at all times be well informed of the risks and returns of any investment product, diligently keep track of developments concerning their investments, be prudent in not putting all their nest-egg savings in one basket, and have the discipline to constantly evaluate their investments portfolio to decide if it is time to realise their gains or to cut their losses.

Ultimately, investors cannot place reliance on any vaunted comprehensive body of laws and regulations in any jurisdiction or the enforcement reputation of any financial market regulator. There is no substitution for exercising due diligence and prudence. “Prevention is better than cure” applies to all financial investments. More often, there is no “cure” in that investment losses cannot be recovered when the horse has already bolted, but there could be some comfort to grieving investors that vigorous enforcement actions may eventually bring errant officers of an issuer to justice.

Robson Lee Teck Leng is a partner in Gibson Dunn & Crutcher LLP, an established 130-year-old global law firm with offices in the major cities of the U.S., Europe, Asia and the Middle East. With more than 25 years of experience, Robson focuses his practice on M&A, corporate finance and capital markets, regularly advising companies on listings with the Singapore Stock Exchange.

This article represents the personal views and opinions of the author. The contents of this article do not constitute any form of legal advice, in any respect whatsoever.

Invest
Insights
A Look at Singapore’s HENRY (High Earners, Not Rich Yet) Generation
Invest
Insights
How To Get Rich In Singapore?
Invest
Insights
The Triple Whammy of AAA Singapore’s Monetary Policy
Learning From an Eagle That Crashed Shortly After Taking Flight
By Robson Lee
© 2023 High Net Worth All rights reserved.
Privacy Policy | Terms of Service