SG52: Amazon Prime Has Arrived, Welcome To The Future 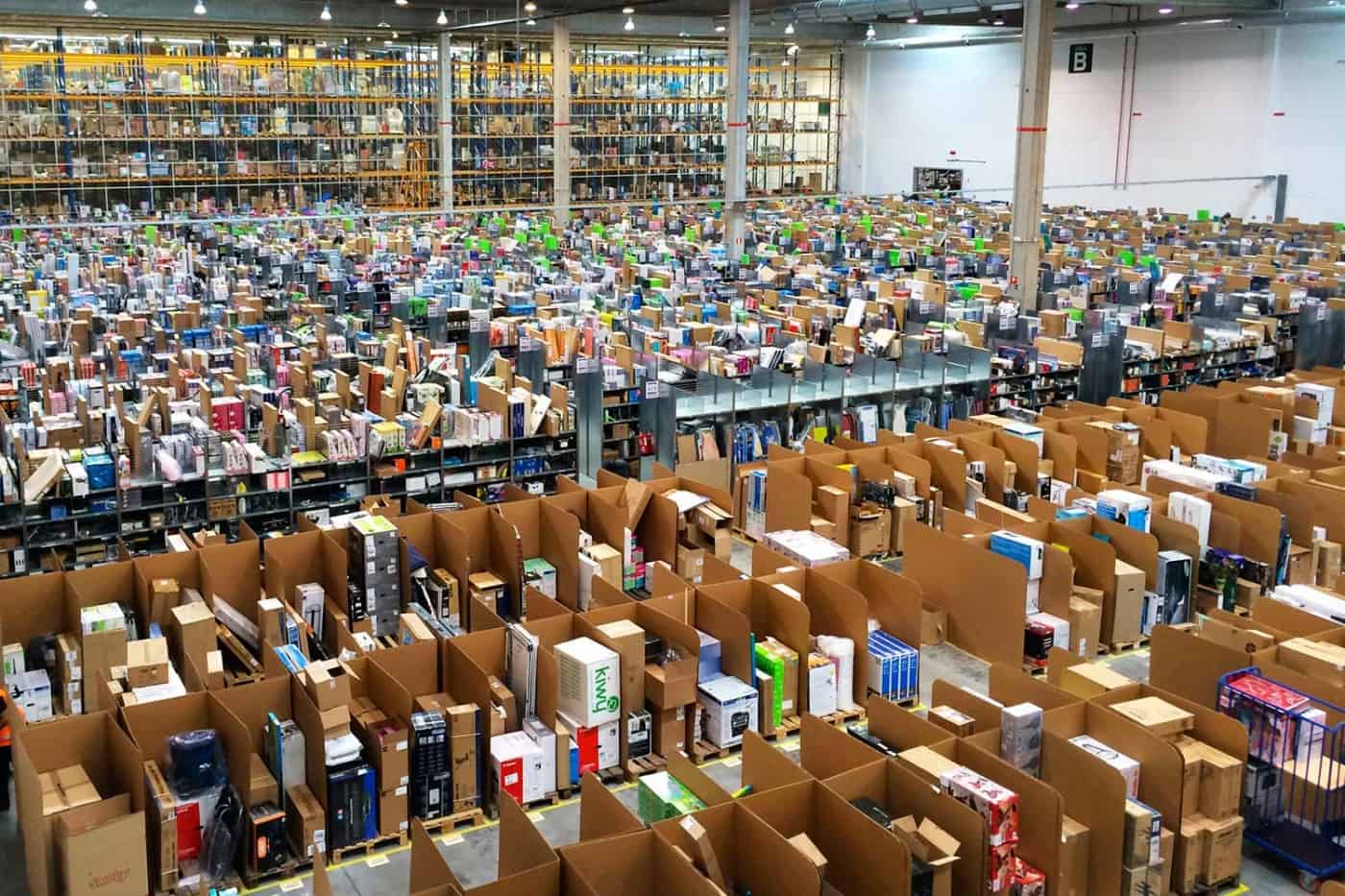 Danger lurks if you are driving in the CBD on weekends from recent experience with roads chock-a-block full of private hire vehicles pulling up abruptly along curb sides and weaving through traffic as if on a car chase, prompting us to frantically search through the terms of those 3rd party insurance policies and their coverage, for our own safety.

We can hardly be blamed after 3 fatalities on our roads involving Uber drivers this year, the business of private hire vehicles is further marred by Uber’s recent Singapore scandal involving renting recalled vehicles to drivers.

As we close the first week of August on record highs in US stock markets backed by solid employment growth, we head into SG52 heralding the arrival of Amazon Prime to Singapore, albeit initial teething problems as we saw last week, that left customers greedy for the 20 dollar cash back (on a 40 dollar purchase),  disappointed by late deliveries.

Undeterred Amazon will be because we know Singapore is just the test-bed, shunned for the past 20 years for the prized market of Indonesia, the largest South East Asian economy which is expected to account for 50% of all e-commerce spending in the region by 2025.

SG52 is good news for the consumers because the price wars are coming. Having just signed up for the Live Up programme backed by Ali-Baba, Redmart and Uber etc, we now have Amazon Prime knocking at our doors which also means VPost and such like services that have been thriving over the years will be having a Kodak-moment sooner than later. If only we had realised earlier that Amazon is app-based and managed to score that 20 dollar cash-back instead of scratching our heads trying to access the site through our web browser.

SG52 spells good times for private cars and taxis with Amazon in town, hiring cars at S$30 an hour and looking to establish their own fleet of vehicles as LTA considers a review of regulations barring taxis and private hire cars from making deliveries .

It also means us drivers better spend some time reviewing those insurance policies, as my dear friend complains she feels unsafe on our roads in her replacement Toyota, after her serious car accident a fortnight ago.

We cannot be selfish with regards to our own needs for safety on the roads in such times of low employment because the economy only managed to create just 8,600 new jobs, excluding foreign domestic workers, in 2016, and we probably have the private hire vehicles to thank for keeping the number in the black. For the roads have over 63 thousand private hire cars that are keeping their drivers employed, even as the total number of cars have not changed by much.

Perhaps we have to be grateful for the sharing economy and for Uber, Airbnb and their likes, now with Singapore Airlines asking cabin crew to take voluntary no-pay leave for 3 months, for the alternative part-time employment that it offers, be it in driving private hire cars, making deliveries or offering other services like this useful WHYQ website and App for hawker food delivery in the CBD.

Drivers in Singapore would be seen as permanent and not temporary solutions in the transition to a sharing economy as waiters and bartenders have been for the US in the past 7-odd years as the strong headline Non-Farm payrolls print was led by none other than “food services and drinking places” again. Yes, again because it has been “89 consecutive months without a decline for waiter and bartender jobs”. Who is to say 7 years does not make it a career?

A decade ago, some of us set up our first Facebook accounts when MySpace and Friendster were the “It” sites. None of us thought much of the first iPhone when it was launched on June 29, 2007, back then when we were satisfied with our state of the art Nokia and Ericsson models and their in-built cameras because camera phones only came about circa 2002.

We remember the famous Nokia “banana phone” back in SG32 when folks were still using those Motorola pagers and collecting those colourful phonecards for public phones. The peak pager year was 1998 with 1.36 million users and finally died out in 2012 when Singapore telcos discontinued the paging service. There were no phone cameras then even as Kodak started on its path to decline in 1997 and its eventual bankruptcy in 2012.

Never would we expect 10 years ago to be using Facebook on that iPhone or that MP3 players which were supposed to kill the CD market, would be outmoded because we have moved on to streaming on Spotify in our cars and the iPod would be a collectible antique soon as we struggle to remember the name of that famous music shop called Sembawang Music Centre and the brands of yesteryear.

We still mourn the closing of the neighbourhood Video Ezy even as we sign up for Netflix and iTunes, dust up that VCD player that we never use but keep as a just in case, for those mouldy VCDs that we fondly remember as wonders of their time back in SG32, fuzzy quality and all, but still wondrous in their replacement of the video cassette tapes that is all but a hazy memory.

Amazon was an online book retailer which we never thought of using as we had our favourite Borders that opened shop in Singapore in SG32 being such a novelty, like the first Singapore HMV store back in 1997. Who would have thought that in SG52, Amazon would finally step foot on our shores?

SG32 saw cars in Singapore get their in-vehicle units for the cash card that became a compulsory must for all vehicles in Singapore. Those old vehicles that would never know that screens were coming to their dashboards and they would learn to park themselves in SG52 before driving themselves in the years to come.

Between SG42 and SG52, the pace of change has been intense to say the least, internet banking just catching on, in time for cashless payments like PayLah!, abolishing paper notes and the creation of the cryptocurrency world with Bitcoin conceived in 2008.

Whatsapp came to kill the SMS, with Airbnb, Uber, Android, Oculus, Spotify, Square, Instagram, Snapchat and more coming out to disrupt our lives and what we hold dear such as our beloved iPhones which we cannot live without although it has just been 10 years.

The Kodak Moment of Disruption

In SG52, Yahoo, the precursor to Google, is dead, selling out to Verizon in June for a paltry US$4.8 bio and a far, far cry from its once US$125 bio market cap.

Who would have thought of that?

Everything about our lives has changed in the past decade between SG42 and SG52. Even our nation’s founder has passed on as political arenas around the global buzz with activity that would have been unimaginable in SG42.

Who would have thought a decade ago that we could get food delivered to our homes, buy our groceries and shop for clothes, shoes and washing machines, call for a cab or private car, do our banking and pay bills, talk to our friends all day, make video calls, check on our babies at home and now, turn on our air conditioning with our mobile phones.

That we would feel so irrelevant in the face of these huge disruptions in our daily lives and routines, for some people, their careers and their futures?

Who would have thought, that for a middle aged middle manager who just got retrenched, that his driving licence would be more important to his employment prospects than his Bachelor’s degree?

From SG52 to SG62: Welcome to the Future

As Barry Ritholtz quoted in his Bloomberg piece that The World Is About To Change Even Faster, “the pace of change has accelerated.. digital platforms are precipitating even faster changes… Lots of other industries are being disrupted .. Big data and artificial intelligence are also changing the way the world works… We have no idea exactly how much technology will affect labour markets, but we do know it will be significant.”

While we are fixated by the various Apps around to add to our phones, we daresay that by SG62, the concept of Apps would probably be obsolete because we have Amazon’s Alexa, Google Assistant, Apple’s Siri, Microsoft’s Cortana and more to help us simplify our lives.

These are such exciting times for SG52. Happy Birthday, Singapore. Amazon has arrived, Tesla is next.

Welcome to the future.

Invest
Insights
A Look at Singapore’s HENRY (High Earners, Not Rich Yet) Generation
Invest
Insights
How To Get Rich In Singapore?
Invest
Insights
The Triple Whammy of AAA Singapore’s Monetary Policy
SG52: Amazon Prime Has Arrived, Welcome To The Future
By Ed Chan
© 2023 High Net Worth All rights reserved.
Privacy Policy | Terms of Service