Singapore Budget 2018: Getting Ideas From An Underdog 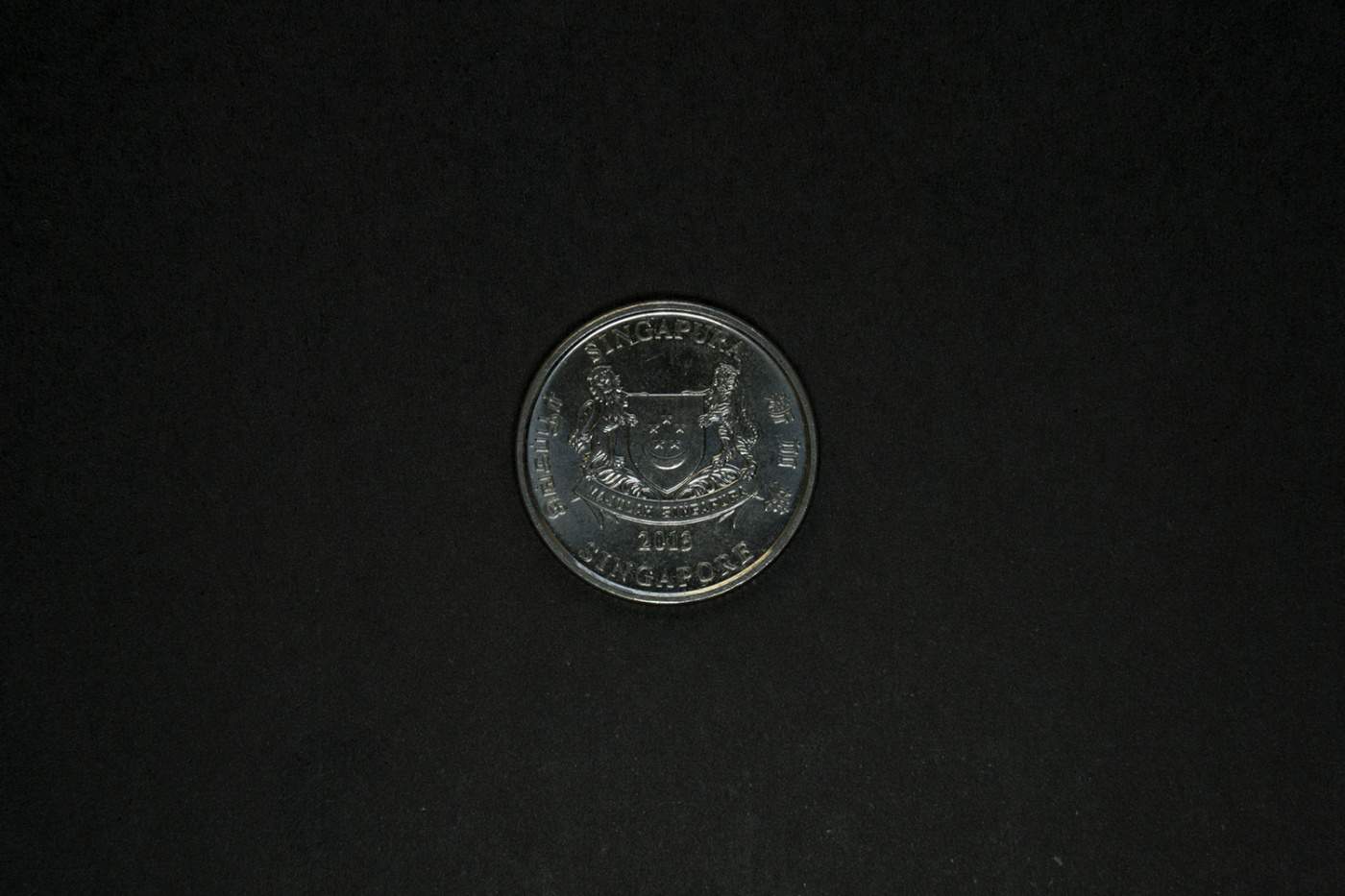 Feasting away on the Lunar New Year of the Dog, we received the 2018 Singapore Budget with a shrug even if it has been described by official reports and blogs as a brilliant and almost peerless for an impactful step towards the future.

For an economy in transition, it is evidenced in the CNY conversations around the latest great steak experience in Singapore rather than the latest Porsche model, with the most expensive car our peers bought in the last 3 months, being the humble BMW X4.

The forward guidance for the GST hike was masterfully achieved, giving people nothing to complain about and 3 years prep time. Carbon taxes do not mean much to the ordinary folk perhaps until it hits their wallets and water prices are not as important to the average household as much as some manufacturing industries and the small 1% rise in real estate stamp duty could be interpreted as a vote of confidence in the real estate market.

2017 has been nothing short of a huge success for Singapore Inc’s balance sheet, delivering the biggest Budget surplus in 30 years ($9.6 bio vs $1.9 bio projected, 5 times more) and we feel satisfied that the government will be squirrelling away that monies for the future in infrastructure and healthcare. 2018’s $0.6 billion projected deficit is definitely nothing to complain about.

The MAS “put $4.5 billion back into the government coffers last year, despite not paying anything in the 6 preceding years. The contributions arose because of much higher returns from the official overseas reserves managed by the MAS, which in turn came about, the Straits Times understands, due to currency movements.”

“Net investment returns contributions (NIRC) from the GIC Pte, Temasek Pte and the MAS is now the largest contribution to revenue, larger than any single tax, including GST, and corporate and personal income taxes.”

When we think about our personal investment returns in 2017, it does make the monthly salary look less significant for some people, like folks we wrote about in the past year who made significantly more on their Nasdaq investments than their wages, and squirrelling the gains away into down payments on semi-d’s.

If we view taxes as our wages and NIRC as our investment income, we suppose the personal balance sheet would look much like the government’s last year.

That is the ticket, we suppose, squirrelling for the future as we note all the disinterest amongst most friends on the Singapore Budget topic over the festive period, and the rest, unhappy that they are contributing to taxes when the US stock market is flying on their tax cuts.

The Price of Happiness or Contentment of the Underdog

Rich people are never satisfied. Paying more income taxes is a privilege of the rich.

Yes, it is true, according to the latest Gallup  World Poll which found that “once individuals surpassed US$95,000 in income, their satisfaction actually started to fall back down”, and that stems from materialism and social comparisons (to blame Facebook and social media again?)

The young Japanese have found a surprising way out of the rat race – choosing contentment even if they are surveyed to be less happy than their peers in developed countries because, as The Economist suggests, there is little to look forward to.

Will young Singaporeans fall into that lot?

We are not sure but it is not like wages are spiralling higher anytime soon or in pace with private property prices although Singaporeans should be grateful for the excellent public housing service here compared to the UK, where house prices have grown 7 times faster than wages over the past 20 years.

We are not sure too, if Singapore is prepping for an eventuality for her citizens to remain content like the Japanese because, as The Economist puts it, “although rapid economic growth is history, they appreciate that living standards remain high, and that life (apart from housing) is affordable. They shun designer wear, preferring clothes from UNIQLO, a Japanese low-cost brand. Their dream is not to own a BMW or to go skiing but to enjoy a dessert – as long as it is photogenic enough to post on Instagram. Young people often mention their smartphones when they talk about what makes them content. “I can look up anything, whenever, wherever,” says Yuri, an 18-year-old university student.”

The life of the Underdog?

It is a pity that the average household income in Singapore is already near global happiness level because estate duty taxes have done a lot for the quality of Japanese life, even as we read this week about that crazy rich Jap trying to father a hundred children around Asia. Count your blessings!

Why do we say that Singapore is an Underdog?

It is quite clear that the success of Singapore’s budgetary surplus in 2017 was not so much GDP driven (and therefore, higher corporate and income taxes) than it is due to the NIRC (net investment returns contributions) with the MAS leading the way to plump up reserves by S$4.5 bio (out of the S$9.6 surplus).

That made half the difference from MAS alone “due to currency movements” which means that the MAS must have wisely put bets on the Euro, Danish Krone, South Korean Won, Gold and perhaps, even the South African rand as we can see from the table below that summarises currency returns versus the SGD dollar in 2017.

That is not to say that the MAS could not have made some bets against the rest of the currencies that lost out against the SGD dollar which is more than the handful that made gains.

If investment returns make the difference, should we not, personally, strive for the same?

Ideas for the Year of The Underdog

Let us assume that taxes are not going to get us far in 2018 especially when the Finance Ministry’s outlook statement for 2018 said: “Stamp duty collections are expected to decrease by S$ 1 bio (in 2018) … as the property market softens”.

That does not say a lot for real estate turnover although they could be sorely wrong with en-bloc transactions running on full steam and relocating folks to buy new houses.

If GDP is not expected to do much, we would suppose that investing will make all the difference, knowing very well that economic health (and stock markets) are theoretically tied to GDP performance, at least as Donald Trump thinks.

Yet we have also been warned by the Finance Minister that 2017’s NIRC numbers “are not normal as the MAS has not been able to make a contribution in the previous six years. He also noted that currency fluctuations, in particular, have a very significant impact on the central bank’s returns because the reserves are invested overseas in different currencies.”

At the same time, Singaporeans have been delivered the biggest hongbao imaginable by Prime Minister candidate-in-waiting, Minister Chan Chun Sing that “if the Singapore dollar is not strong and the country does not have sufficient reserves as buffer”, Singaporeans would not be able to “enjoy many things that we take for granted”.

Translated, it means that the Singapore dollar would remain strong?

Yes? And would we would our reserves to make sure that happens!

If the Singapore dollar should weaken, the MAS would use the reserves (estimated at more than S$ 1 trillion, according to the Straits Times) to make it strong again? Singapore has a foreign exchange policy instead of monetary policy.

This is further reinforced by the comments that a strong currency allows citizens to enjoy more affordable imported goods and cheaper holidays, according to the Straits Times. It is definitely a recipe for contentment.

The government has pledged to make the principal sum of reserves “work a lot harder”, as the Senior Minister of State for Law and Finance, Indranee Rajah reportedly said in another speech.

To achieve that, Finance Minister Heng Swee Keat said the government will be saving and borrowing.

Yes, the government would look to borrow against infrastructure projects, through statutory boards and government-owned companies, while considering providing government guarantees for some of the long-term critical infrastructure borrowings, to keep borrowing costs low because the government would be tapping on the strengths of Singapore’s reserves to back the projects, without directly drawing on the reserves which can then remain invested to generate returns.

It is nothing short of brilliant as a strategy.

Now, can we personally replicate this plan?

Errr, no. We cannot borrow that “long-term”, at a fixed rate anyway, to finance our investments.

They will be borrowing “long-term” and borrowing “cheap” because Singapore is building for the next 100 years, “with investments in an underground electricity distribution network to replace the ageing electricity network left for us by the British’ (53 years ago), while making sure land reclamation can withstand global warming and the rise in sea levels, according to Minister Chan, as reported in the Straits Times. Additionally, Singapore will endeavour to have adequate water by the 2050’s.

Hooray for real estate, because other governments are not doing as much.

Is the idea, then, to borrow in another currency (that is not as strong as the SGD dollar or ever will be) to buy that flood-proof Singapore real estate in a country that will be water-shortage-proof by 2050?

There are 2 things going on here—profits from the SGD dollar strength (with S$1 trillion of reserves backing) and profits from the demand for amazing Singapore real estate.

We would pay scant heed to the Finance Ministry’s stamp duties revenue warning for the words of the potential candidate for Prime Minister.

We can conclude that we now know that Singapore does not have too many resources these days other than her powerful reserves. 3 Cheers for the MAS!

It was not the case 53 years ago when the country’s greatest asset was her excellent labour force, who are now in retirement.

Perhaps the wise path is the contented one?

Yes, property prices will be higher in the future as demand outstrips supply even as the population ages but not die off because they will be granted longevity by the investment the government will channel into healthcare.

In the other case, we will probably see more economic refugees flocking to Singapore as they attempt to flee their various jurisdictions which would guarantee some employment for Singaporeans if the likes of Gina Rinehart maintain their staff strength here.

It is easy to be content, plunk some money into low-yielding bonds or buy the other Singapore assets like mad, on leverage in a weaker currency, to take the government to task on her pledges.

Maybe, we could strike a balance in between, as conservatively as the Budget 2018, and envisage a future replete with contentment-building strategies in estate-duty taxes, GST and perhaps, in our wildest dreams, a ban on plastics?

What a horror story that would be, for Budget 2019 and beyond.

Disclaimer: We bear no responsibility if you suffer any damages from any idea(s) that you may construe or imagine from the above.

Invest
Insights
A Look at Singapore’s HENRY (High Earners, Not Rich Yet) Generation
Invest
Insights
How To Get Rich In Singapore?
Invest
Insights
The Triple Whammy of AAA Singapore’s Monetary Policy
Singapore Budget 2018: Getting Ideas From An Underdog
By Ed Chan
© 2023 High Net Worth All rights reserved.
Privacy Policy | Terms of Service