Six Important Lessons You Should Learn From Ruth Bader Ginsburg 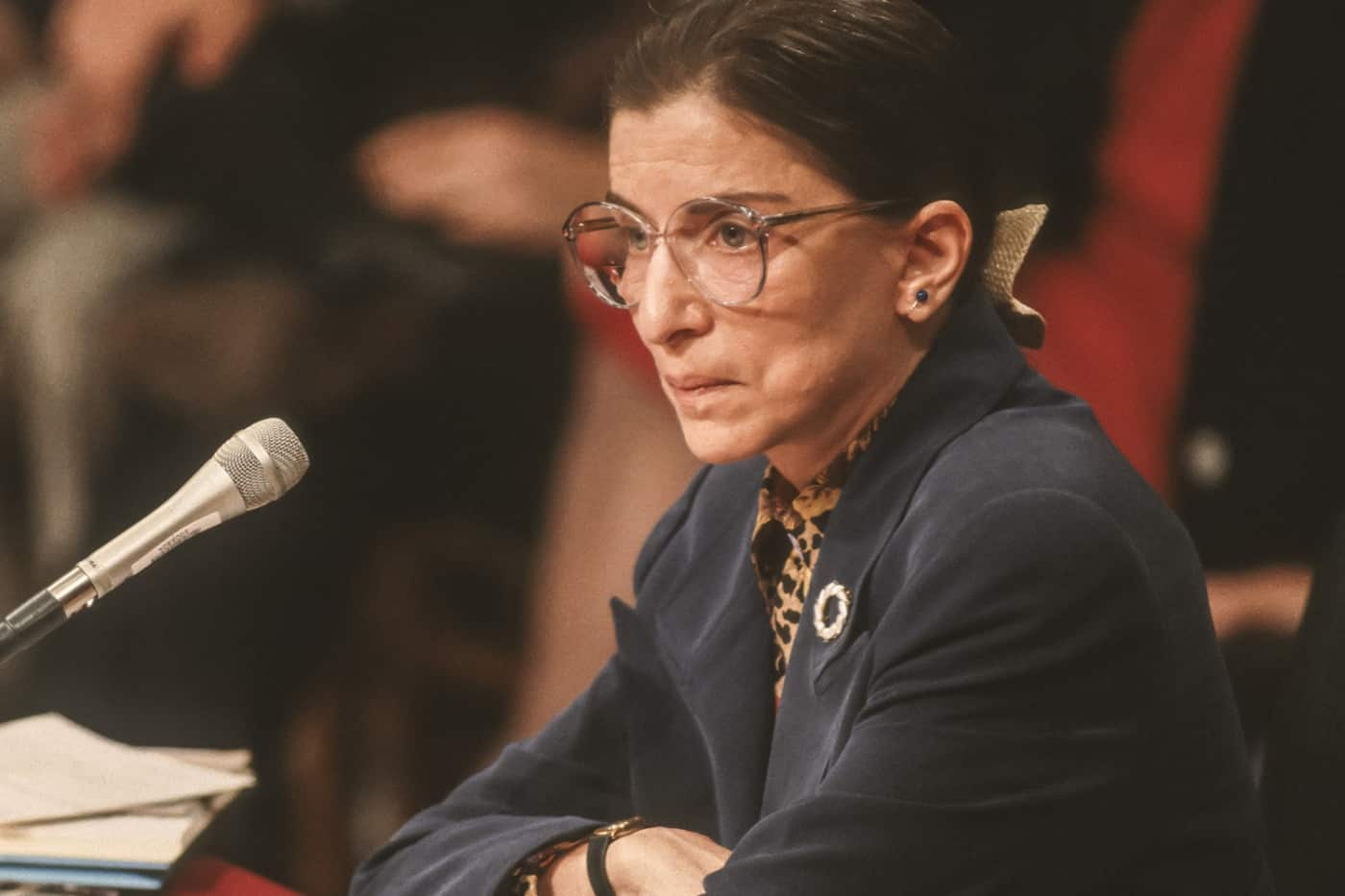 Pop culture feminist and legal icon Ruth Bader Ginsburg, also known as the “Notorious RBG,” was famous for many things. She was an indomitable advocate of justice, had a tough-as-nails reputation, and was the second-ever female Supreme Court Justice to quash gender stereotypes. Her fight against structural discrimination started during Harvard Law School, after being told that she was taking the place of a man. Although she graduated at the top of her class in Columbia Law School, she was denied a place in many firms (and eventually could only get a job as a typist). Ginsburg even had to conceal her pregnancy under baggy clothes when she was teaching at Rutgers School of Law.

Despite all the patriarchy, Ginsburg smashed the glass ceiling by becoming the first female tenured professor at Columbia Law School. The eminent RBG, who served for 27 years on America’s highest court, also had no qualms about marching to the beat of her own drum: she wore fishnet gloves, worked out in a “Super Diva!” sweatshirt, fell asleep during the State of the Union (in 2015) and admitted that “dinner was so delicious, it needed wine to accompany it.” Apart from her endearing candour and wicked sense of humour (joking about how both she and rapper Notorious B.I.G. were both born and bred in Brooklyn), the distinguished judge had a real heart for the people. She believed a meaningful existence entailed making life better for the community and the less fortunate.

As the world mourns the loss of an esteemed leader, her words “real change, enduring change, happens one step at a time” will live on and continue to inspire generations of women. Here are six important lessons we can learn from this fearless trailblazer.

Ginsburg was a game-changer who never feared to stand up against stereotypes. Despite her diminutive physique and frail constitution, she was quite the equestrian who rode horses well into her 70s. In addition, the adventurous soul enjoyed other extreme sports like parasailing. At home, she rejected the conventional notion that women were supposed to be domesticated, even admitting that she was a terrible cook and her husband was a dab hand in the kitchen. Lesson learnt? Don’t be afraid to challenge societal norms and be yourself. Also, never be afraid to express opinions that are at variance with those commonly held. For Ginsburg, it was about endeavouring to change the dominant view, in hope for a better future. During the U.S. Supreme Court’s 2012-2013 term, she broke a record by reading dissents from the bench in five cases.

At a time when it was practically unheard of for women to be in the field of law, Ginsburg set a new standard and carved a path for others to follow. One major milestone was putting forth six cases to the court and winning five—convincing the Supreme Court that the 14th Amendment’s guarantee of equal protection should take into account sex discrimination apart from racial discrimination. Furthermore, despite battling with multiple forms of cancer over the last 20 years, she endured the pain and continued to adhere to a hectic schedule of public appearances, which was a testament to her dedication and work ethic.

Ginsburg once said, “Reading is the key that opens doors to many good things in life. Reading shaped my dreams, and more reading helped me make my dreams come true.” All throughout her life, she was a keen and inquisitive learner with a voracious appetite for knowledge. She also possessed a natural curiosity towards life and was a believer in lifelong learning. For example, if she were to come across an unfamiliar term during oral arguments, she would immediately enquire about it.

Although Ginsburg was a revolutionary woman who achieved a remarkable amount of success, she had her fair share of setbacks and defeats. She likened dealing with gender discrimination cases to the act of “knitting a sweater,” which required dogged patience and meticulousness to disarm opponents and unravel their arguments.

Think Before You Speak

As a lawyer, Ginsburg was eloquent and persuasive by choosing her words wisely. Take a leaf from her book, and remember to pause and think before speaking. Reacting in anger “will not advance one’s ability to persuade.” Learn to discipline your mind (and your tongue) and control yourself from saying things in the heat of the moment. Before you blurt something out of frustration, take a breath and recalibrate your thoughts and emotions. In the long run, this habit will help you to maintain good relationships with the people around you and not make you look like a loose cannon. RBG was careful not to let emotions rule her too. She once said, “Don’t be distracted by emotions like anger, envy, resentment. These just zap energy and waste time.”

In today’s fast-paced milieu that we live in, it is essential to have a healthy work-life balance. Constantly working without any breaks will lead to a decrease in productivity and over a long period of time, cause you to burn out. Ginsburg was a huge advocate of finding a balance between work and her personal life. During her law school days, she would go to class in the morning and made sure she returned home by 4pm, so that she could spend a solid hour playing with her daughter Jane before resuming her studies. Ginsburg also espoused the importance of regular exercise and said that her personal trainer was one of the most important people in her life. The bottom line is, take good care of yourself, so that you can take care of others.

Invest
Insights
A Look at Singapore’s HENRY (High Earners, Not Rich Yet) Generation
Invest
Insights
How To Get Rich In Singapore?
Invest
Insights
The Triple Whammy of AAA Singapore’s Monetary Policy
Six Important Lessons You Should Learn From Ruth Bader Ginsburg
By Dawn Wong
© 2023 High Net Worth All rights reserved.
Privacy Policy | Terms of Service