The Age of Giants in the Sharing Economy: To Eat, To Shop, To Invest or To Read Chinese Literature 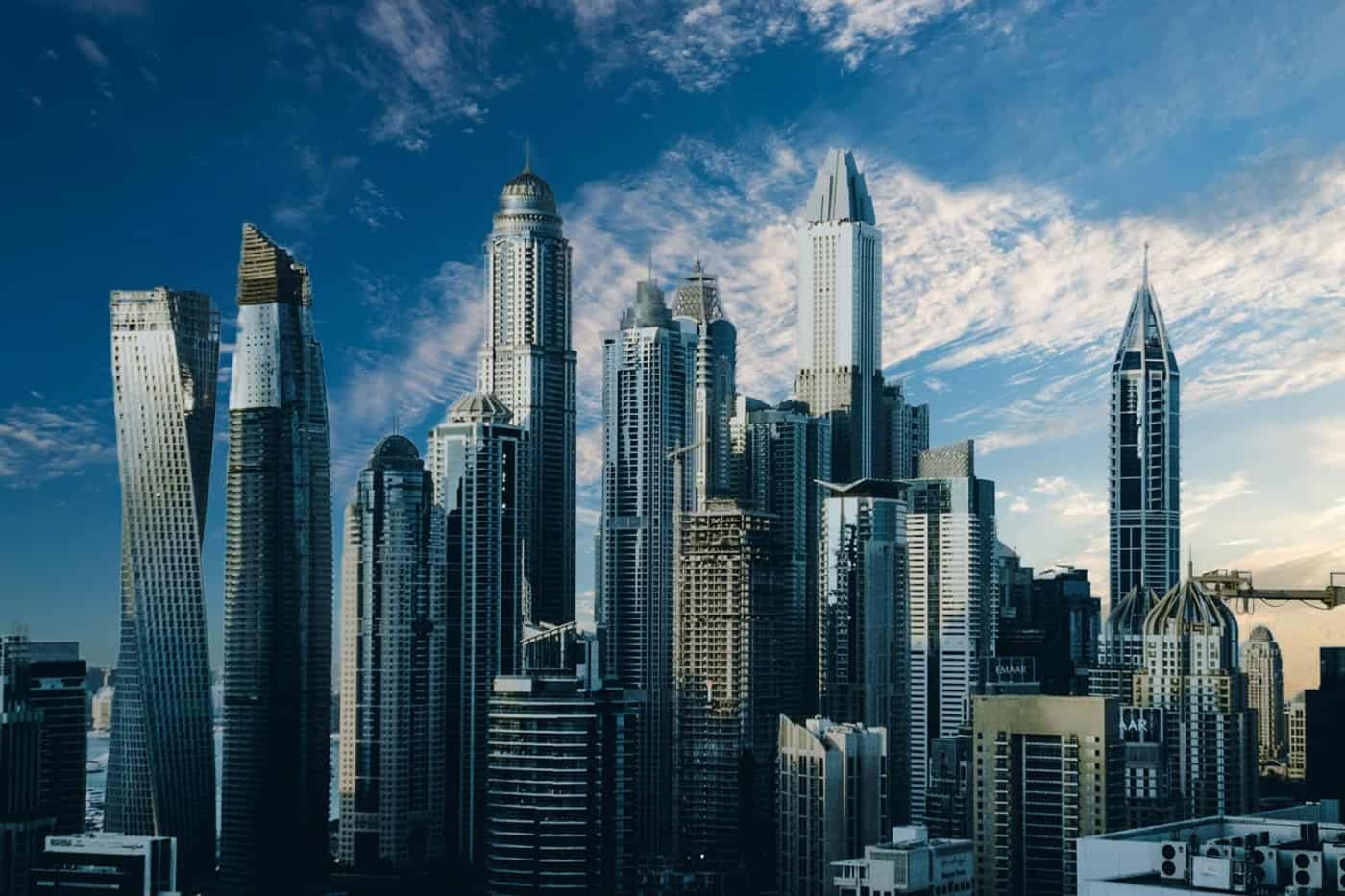 – Folks are making more money trading Nasdaq, Bitcoin and such, on the side than in their day jobs

– While it would appear that not many people are aware that the risk parity trade is under threat, we cannot say much to them when we just had the most successful tech IPO in HK in over a decade last week

– It is an amateur fiction platform trying to make reading more sociable, mainly known for its kungfu, time-travel and a “9 netherworld bird” stories

– Chinese are not only expected to read online literature, they are expected to call for cabs and Ubers, do their shopping, book their holidays, order meals and groceries, buy insurance, do their banking and watch TV, play games and music, besides managing their investment portfolios.

– It is the sharing economy now and important for us to recognise as Uber and Airbnb prepare for their IPOs  in the year ahead, valued, not so much for any special proprietary know-how, but rather their platform that links services buyer to seller

Weekly Market Bash: Not That Stomach Churning Yet

Sometimes we wonder what life is like on the other side—as we walk around seeing folks going about their day, blissfully unaware of the market volatility in the past week where we finally saw some action after months of one-sided persistent complacency in what felt like a perpetual rally.

It has been a record making and back-breaking rally that we are still living in, with the Dow Jones Industrial Average and gang with the Dow logging the longest period without a 1% intraday move since 1930, longest streak without a 3% drop, longest streak of record highs in over 20 years and more, still holding, unblemished.

Yes, the Dow Jones and gang broke new highs again this week, the Nikkei hit its highest mark since 1992 before flash-crashing and flash-rebounding all on Thurs, Oracle raises $10 bio in the year’s largest bond sale and, Bitcoin tried for $8,000 on Wed before all coming off in reluctance.

Mind-blowing graph of Nikkei rising to its highest since 1992 and falling to close lower on Thursday.

What a week to mark the first anniversary of the US elections that saw Trump coming into power, entering and empowering the club of strongmen leaders with the 4th best post-election stock market performance since 1936, lagging behind George HW Bush, John Kennedy and far behind Bill Clinton (who did the opposite in reining in spending and taxes vs Trump’s cuts).

The “violent” (albeit “mild” if it was any other year) moves we saw this week started with the bond market, specifically the high yield bonds which saw 2 consecutive weeks of outflows from the ETF space that we were able to temporarily ignore till Wednesday and sweat broke out when it was announced that US tax reforms would probably be postponed to 2019, which set alarm bells ringing and caused volatility to break loose even if the rest of the bank is and people on the streets are not aware.

To be fair, the Bitcoin, the S&P 500, the Dow and rest broke their record highs during the week. Even oil touched a 12 month high. How easy it is to conclude that it is not stomach churning at all because we have been conditioned by 2017 to believe there is no fear but in fear itself, loss aversion has become a myth in these times. We cannot trust the VIX which surged about 25% this week, from its historic low to a respectable double-digit number.

JP Morgan reports that US households have the highest exposure to equities in their financial assets now than any other time except 1999-2000, during the dot-com bubble.

We hear of friends turning down lucrative job offers because they are happy in their laid-back roles that give them more time to trade the Nasdaq which has been much more profitable than working hard and hoping for better bonuses. Jobs are kept just to show for that payslip which will be used for the loans on the properties they intend to buy with their Nasdaq profits.

Gym trainers are talking about Bitcoin and waiters are moonlighting as futures traders. Are jobs just a front?  We hear of bank compliance folks buying nice Porsches and who would blame them given the wealth of information they glean from the “internal surveillance of chatrooms”, although insider trading is no-go zone.

We are sure everyone knows what they are doing and that although risk parity is under threat for the first time in a long while, yet we are sure not many gym trainers, waiters, bank officers and such follow the high yield bond space as closely as we do but we really do not want to spoil the party especially when we have been wrong about how long this rally would last.

Yes. Loss aversion is a myth when China Literature (772 HK) debuted in the largest HK IPO of the year and the most profitable IPO in a decade when its shares doubled on the first day of trading. It is also the largest tech IPO of the decade for Hong Kong, 625 times oversubscribed with 1 in 20 people going for it, screwing up the HK monetary base (supply), causing overnight Hibor rates to rise 2.1% on the 31st of October!

All this is for an amateur fiction company which is mainly catching on for its kungfu, time-travel and a “9 netherworld bird” stories.

As described by Bloomberg, a Tencent backed spinoff, “attempting to use tech to make reading become more sociable”, perhaps an entirely new concept where reading merges with discussion to influence the outcome of the novel with the option of “donating” to the writer in addition to popular forums involving the writers.

The mighty country that invented paper and printing (and pasta), is now betting that her population will start reading sci-fi on their smartphones! And that is easy stuff because even beggars in China carry smartphones with electronic wallets.

Yet only just about 500 of their version of Kindle (made for China Literature) were sold which means we would be expecting the 300-odd million readers to use their smartphones to read Chinese literature online.

Chinese are not only expected to read online literature, they are expected to call for cabs and Ubers, do their shopping, book their holidays, order meals and groceries, buy insurance, do their banking and watch TV, play games and music too! We must not forget the important bit about managing (punting) investments and the stock portfolios that is done on the phone, taking up precious gigabytes.

What if everyone is too busy reading Chinese literature or watching the serials spun off from them or influencing the outcomes of the stories on the forums, to read up on stock tips and punt to make money, or even shop?

All we know is that China Literature has 6.4 million writers and about 9.6 million stories and they will make US$ 60 mio in profits this year ($ 150 bio in 2018), which is about 10 bucks per writer. Not bad considering it is a sharing platform, leveraging off Tencent’s user base, and the writers are probably paid disproportionately with the top writers earning a lot more than the rest of the field.

China Literature is not an entirely new concept because for years we had the Amazon Kindle and for independent publishers, there was lulu.com.

China Literature for writers is, we suppose, akin to Uber for drivers, or Airbnb for landlords, or Deliveroo for restaurants.

You see, none of these platforms take any business risk and it is the writer’s risk to write whether anyone chooses to read or not, the same for drivers, restaurants and landlords.

It is the sharing economy now and it is important for us to recognise as Uber and Airbnb prepare for their IPOs in the year ahead, valued, not so much for any special proprietary know-how, but rather their platform that links services buyer to seller.

Wow. Just like Alibaba and Facebook – not a lot of hard assets but a powerful network that makes money as a middleman for goods and high margins too, by the size of their reach and monopoly (market power) they wield over their audience.

Nobel laureate Joseph Stiglitz suggests that it is monopsony at work these days where firms use their market power over those from whom they buy their goods and services and their workers too. This has become a serious problem in these times when stock markets are at extreme highs, led by global giants in the largest economies of the world with no hope of unseating them for a long time.

As a result of this power, earnings and wages are growing much slower than wealth increase and will continue to lag as the wealth gap grows.

We need not look further than those folks who keep their day jobs so they can trade the Nasdaq or Bitcoin at night.

It is too bad for those folks with no capital to trade and make more money than their day jobs pay. Worse for those without the day jobs and reliant on taking the business risk to drive Uber with no guarantee of income.

Worse still, the rise of China Literature would mean the fall of the small time or big time publisher. The rise of Deliveroo is also the end of small-time restaurant because the only way to survive is to sign up and pay the platform fees. And we can see how Comfort Delgro in Singapore is losing out fast to Grab.

There is just no chance for the small guy these days doing an ordinary business. And we should thank Chinese literature and the rest of the platforms for the distractions they are providing to the small guy ruing his missed chances or the youngster with an ordinary dream?

China Literature comes hot on the heels of the next best tech IPO in HK, Alibaba-backed ZhongAn Online P&C Insurance (6060 HK) in September.

China Literature just created US$ 12bio in wealth last week after its IPO just as Razer Inc (1337 HK)’s value jumped from US$1.5 bio in 2016 to US$5 bio pre it’s IPO to US$5 bio multiply by 150% because it rose about 50% on its debut as ordinary folks use to take out their wealth to chase the stock.

That is the wealth effect for us and it is important to building wealth or lose out because wages will not be good enough.

Thus, we cannot be sure if playing on the Razer will deprive us of time to read Chinese literature or shop and do all that other stuff we are supposed to do on the phone to make those companies and their valuations worth our investment in their shares.

Do we even have time to monitor the portfolios and look for the next big trade? In eye-care perhaps and people going blind from over-usage of phones to read literature? They surely must read a lot in China because at US$ 12 bio market cap, it is worth as much US publishers, John Wiley, Scholastic and Houghton Mifflin.

Perhaps we should just go back to keeping an eye on those junk bonds and leave the job of reading Chinese literature to those who will not be concerned by stock markets?

Afterall, there is a new IPO coming up for another chilli crab chain—No Signboard. Do note that eating chilli crab takes time away from reading, playing and shopping on the phones.

Invest
Insights
A Look at Singapore’s HENRY (High Earners, Not Rich Yet) Generation
Invest
Insights
How To Get Rich In Singapore?
Invest
Insights
The Triple Whammy of AAA Singapore’s Monetary Policy
The Age of Giants in the Sharing Economy: To Eat, To Shop, To Invest or To Read Chinese Literature
© 2023 High Net Worth All rights reserved.
Privacy Policy | Terms of Service