The End of An Empire and The Risky Banks 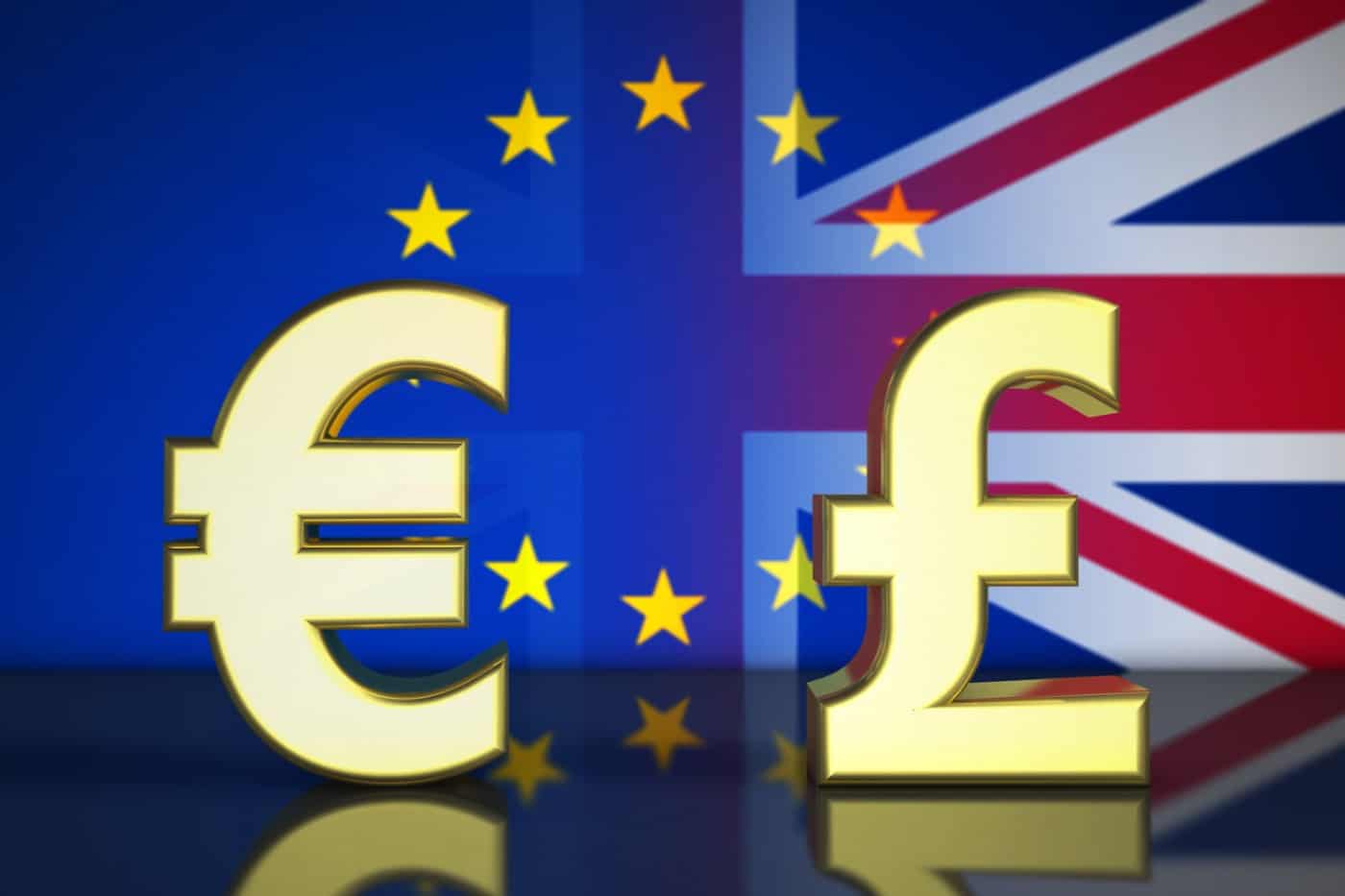 It does look like the topic of Brexit is here to stay and England is the black swan that will join the ranks of the former great empires out of Spain, Rome, Greece, Turkey and eventually become that lovely place where King Arthur resided we remember fondly in those moments of romance.

As for becoming the Singapore of Europe, it is a tough call, England being not short of decent leaders although the Brexit champions may just be convenient choices for voters to express their displeasure with the incumbents, no matter who, and the general state of the world today, rife with inequality (that we wrote about last week), the lack of social mobility, choosing to bite their noses off to spite their faces after a long hard campaign last year to retain Scotland, only to lose them soon along with Northern Ireland, an even more painful victory over the decades.

How more evident is that when we have “eight hours after the polls closed, Google reported that searches for “what happens if we leave the EU” had more than tripled.”

Thus we will have the inevitable disintegration of the British Isles, with Ireland already out, and if we drag out those reports on the Scottish referendum less than 2 years ago, we roughly know where England will stand in a Not So United Kingdom.

The week has been a trying time for some of my trader comrades still in the marketplace battlefield, one of them joking that they should really let the British kids vote as well because it is their future at stake and votes should possibly be discounted for the life expectancy of the voter who may not live long enough to rue his choice? After all, it would not be good to repeat the mistake of their first referendum to join the EU in 1975.

There is not much point worrying about the days ahead except that it is definitely a good thing for Singapore as a financial centre and a country of preferred residence. On the other hand, we could have more volunteers for the Mars space mission, at this rate, with Trump enroute to the US Presidential elections.

What is more interesting is the immediate price action that followed the black swan vote, wiping out US$ 2 trillion in global stock markets as if another Bear Sterns has collapsed and a wave of defaults are about to hit us, sparking off recessions in Spain and Italy both of which bore the brunt of investor angst, suffering double digit percentages loss while the Footsie Index, ironically, lost the least out of the lot (-3.15%) because some grand logic expects the drop in  the Sterling pound (to its 31 year low) would be beneficial to the UK economy, making her least vulnerable to recession? Rather ironically, with the impending collapse of the London housing market in the immediately foreseeable future as Moody’s puts UK’s credit rating on negative watch.

European markets were punished most for their loss of UK with more to come, possibly with France, Holland and Italy now pushing for their own EU referendums just 17 years after the EUR was adopted as a “single currency”.

And a big loss it is for the 28 members of the European Union.

And the biggest losers from Friday’s price action have been the banks, hands down and no questions asked or reasons given except that they are banks and banks vilified.

The mindset is certainly strangely transfixed on the idea of blaming the banks again, the easy preys since the Global Financial Crisis of 2008, and not just the banks but the perceived weaker systemically important banks, the likes of Deutsche Bank, the largest bank in AAA-rated Germany, or Banco Santander, the largest bank in BBB+-rated Spain, or UniCredit, the largest bank in BBB- -rated Italy, which is perplexing, given that these banks are all in the list of GSIB (Global Systemically Important Banks), potentially implying that they are too big to fail, state support warranted.

While I am unsurprised that the Deutsche Bank stock (DBK GR) fell 4% last week, I am slightly confounded by the 4% 1 day drop in the latest DB 10Y USD sub-debt price on Friday (stock price fell 13% on the day). Meanwhile, German govt bonds broke a historic low in yield with the 10Y bund yielding –EUR 0.051% (falling from 0.13% a month ago).

AA-rated France saw their 10Y OAT fall to a record low yield of 0.378% EUR but that did not help BNP’s latest EUR AT1 paper from crashing 3.6 cents overnight to yield over 7% as the stock fell 9.3% for the week. Even safe co-op bank, BPCE (unlisted), saw their latest EUR 10Y sub debt fall in price to yield 2.89% for about 10 years, a spread of 2.8% over USD Libor which is somewhere close to where their 5 year SGD paper is trading, the SGD paper being undervalued given the illiquidity in the SGD bond market.

Needless to say, in Singapore, several Temasek linked names are trading wider than their USD equivalents such as PSA, Capitaland and Singtel and for those without USD bonds, the prices are worse off as we note names like ST Telemedia yielding above Alibaba (A1) and double what Vodafone (BBB+) would pay in USD.

To continue on what we wrote about the Living and Banking in Fear a fortnight ago, the main gist it would seem would be that banks are pretty much crippled in their risk taking activities these days, outliving their role in the market place as financiers and bond repositories these days. In other words, shareholders can safely assume that too big to fail means too safe to fail and the days of wild profits are over and these institutions, particularly the heavily governed ones, can be viewed as government regulated agencies and socially inclined enterprises instead, quite unable in engaging risky behavior.

Would that not mean that GSIB banks are potential safe havens with implied government aid as a last resort? Even as politicians still seek to vilify them for their personal agendas for the sake of populism?

A fine illustration would be the price of the HSBC CoCo bond which plunged about 5 cents intraday on Friday, only to rebound during NY trading hours perhaps because educated investors know that CoCo’s lose value less quickly than the equity does. (I would like to qualify that this is not a suggestion for a trade idea in the HSBC CoCo)

I decided to tabulate the list of GSIBs and their stock and performances against their country of origin for comparison.

Chinese banks—ahh, a tad expensive compared to their sovereign credit worthiness but that is China for you.

As for not so UK banks like Standard Chartered, there is the stroke of luck for their Temasek major stake while it is quite safe to assume most of the banks on that list are there for a reason—that they are integral to their home states as well as the world.

For Singapore, the city state with some of the world’s safest banks which have been deemed systemically important domestically, local banks have long enjoyed the benefits of cheap funding with DBS paying just about 1% premium for subordinate borrowing and OCBC holding the world record for the lowest coupon and spread paid (3.8%) for a Tier 1 (similar to CoCo) issue, while UOB comes close at 4%. As for the freak price in the SGD Unicredit bond, I still bow in my head in embarrassment for the Singapore market.

Yet all this does bring up the question of what Libor means these days when it is an acronym for London Interbank Borrowing Rate and still used for transaction between banks except when they try to issue bonds.

And so much for the London in Libor now with the Brexit, noting that the country has not defaulted even if there are forecasts for all sorts of gloom ahead which makes a case for buying up more of those near-zero to negative yielding bonds and selling all the “risky banks” as the rule of thumb goes.

We shall have plenty of time in the months unfolding to decide if banks are that risky after all.