The Mental Health Problems of Debt and Despair 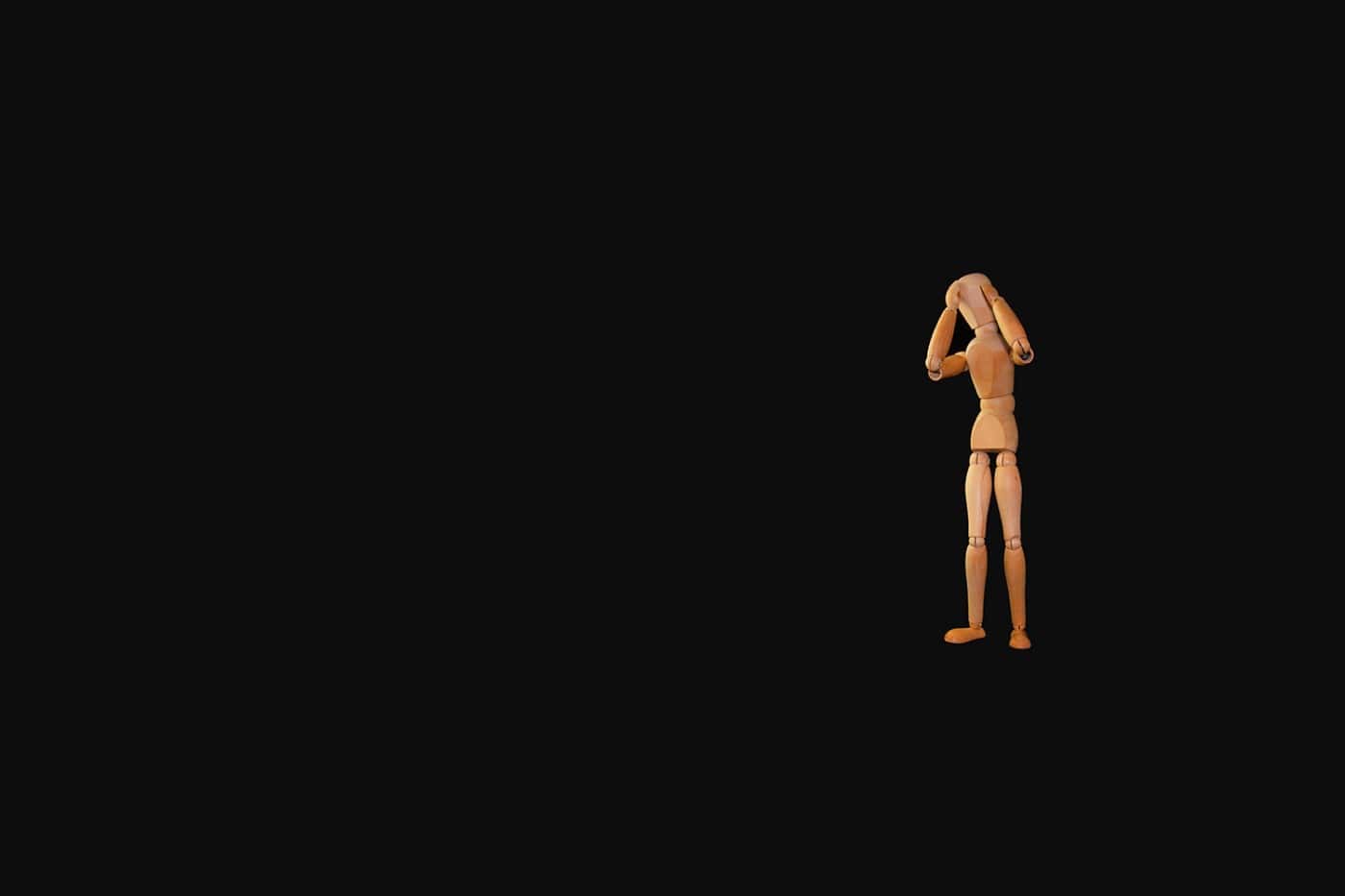 Another sucker-punching week that got us all worked up over mindless emotions of a nuclear war, the French elections, along with the over-valued stock markets that had Paul Tudor Jones (it was Larry Fink last week) griping on Bloomberg that U.S. Stocks Should “Terrify” Janet Yellen.

Nevermind the central banks, who are largely ignored, even if vice chair Fischer says “we are not terrified”, and their vain attempts to talk up their concerns on market complacency with at least 2 more hikes to come this year plus a balance sheet unwind.

That central banks should be ignored?

An overwhelming YES, because the next important central bank meeting is not the ECB and BoJ this week on the 27th of April, but the FOMC on the 3rd of May and we know we got them in a bind for they would not dare to do anything to jeopardise asset prices and market stability so the logic to load up on bonds and gold as much as we want because if stock markets go, we will be safe and who knows about the probability of that nuclear war that the media would be most happy to have.

It is such a pity that Kim Jong Un or Theresa May or even Donald Trump are not selling some USDJPY through their Swiss accounts because they would have done well last week.

Emotions have been running higher, even if on empty, in the marketplace when we found out that “Trump’s armada” was no where near the Korean Peninsula but I suspect the stress has taken its toll on traders and many positions have been neutralized in the volatility in anticipation of more to come after the market moving news of the French presidential elections that banks got all so excited about in their client newsletters. Those may soon be rubbish because JP Morgan may start charging clients for their “quality research” (following an EU ban on bundling research with brokerage services), which, whilst I think is a fair enough proposition, will undoubtedly perpetuate the curse of market ignorance, as if things are not bad enough (from our example last week of the client who believed FNN to be investment grade).

The Fed will have to take a queue number at this rate for their market moving event is not till May 4th, and we will have the potential US government shutdown on April 28th and of course, the nuclear war thing which has been good for President Trump’s ratings, on some accounts.

On the topic of emotions, an ex-financial market professional turned yoga instructor, informed me that her team has been roped in to introduce the concept of mindfulness to school kids, to my delight for one who is still coming to grasp with it at my advanced age.

Singapore society certainly needs a big dose of mindfulness this week, after a spate of disturbing public incidences that I am unfortunate to be spammed with regard to, on Whatsapp and Facebook—of a 70-year-old misbehaving on the MRT to a young couple abusing an elderly patron at a hawker centre, and to throw in a killing at Clarke Quay.

It is not just Singapore because we are now reading that the World Bank and the WHO has made mental health a global priority, kick starting their initiative last April, citing its growing economic cost which was estimated at US$2.5 trillion in 2010.

With 65% of Americans losing sleep over their finances, we also note that it takes a really desperate man to bomb a bus and try to blame Muslim jihadists just to try to net a million dollars in profit.

A Mental Health Problem—Stressed Out

While it does not take a lot to recognise that political and social instability in examples like war and the “wall”, is playing a big part in global stress, before we start blaming Trump, we cannot ignore the fact that death rates among non-college-educated white middle-aged Americans have surpassed blacks and have been increasing 0.5% each year from 1999 to 2013, according to Princeton researchers.

It is not represented around the world, however, as researchers said “a lack of steady, well-paying jobs for whites without college degrees has caused pain, distress and social dysfunction to build up over time”.

Thus, they call it quits around 45 with suicides, drug overdoses and alcoholic liver disease and Donald Trump did best in the US countries with high prevalence of a large working class and high economic stress.

A New Hope and The Force Awakens

When one loses hope, the mental state deteriorates and it is the lack of economic optimism that we have been subject to that leads to stress, insomnia and substance abuse.

For all we know, we may have Donald Trump to thank for preventing an epidemic of suicides among non-college-educated white middle-aged Americans even if he could be driving Democrat voters and illegal migrants to kill themselves?)

For economic optimism has not been so positive since the crisis, soaring above 50% in its most positive since 2007, according to the Pew Research Centre.

It is in all national polls with the force awakens led by Republican voters’ optimism that is starkly contrasted by Democratic voters’ overwhelming pessimism, in the widest divide ever recorded.

You can lose hope on economic prospects but you will lose sleep over finances and debt. Student (most of them Hillary supporters) debt in America has hit a new record of US$1.3 trillion which could be part to blame for the economic pessimism of Democrats?

Just to digress, find me a religion that encourages debt, be it Islam, Buddhism or Christianity?

No, we will not go into religion except that we do know that it is a light-hearted feeling to be debt free.

And if look at the god of Investing—Warren Buffet, we can learn a little from his staunch dislike of leverage in his quotes.

“When you combine ignorance and leverage, you get some pretty interesting results.”

“I’ve seen more people fail because of liquor and leverage—leverage being borrowed money. You really don’t need leverage in this world much. If you’re smart, you’re going to make a lot of money without borrowing.”

A tough and tall order indeed when there is a new car to buy and the Singapore government’s goal is to ensure every citizen has a home (with or without a mortgage) and that HDB flats are a “good store of asset” for future retirement needs.

The Singaporean stress factor has gone up as we noted last year in our post, Eat, Pray, Love: Stressed Out Singaporeans & The Singapore Economy. Stress levels have risen along with hospital admissions, stress-related diseases like diabetes and pawn broker pledges.

This is as economic outlook dims and career prospects diminish as unemployment rose which is no reason to abuse old people or act mad on the train because the situation cannot possibly be as bad as it is for those poor middle-aged white Americans.

Nonetheless, we had 2 erratic Mercedes-Benz drivers (needing police psychiatric evaluations) on the highway, one which resulted in a fatality last year and in total, the Traffic Police was looking into 8 incidences of such offences as of January this year.

If you drive a Mercedes-Benz, are you likely to be stressed or mentally ill? Or are you in debt? Or have you lost hope for the future?

Don’t borrow too much money and drive safe, folks.  Perhaps it is just enough to lessen the possessions and rent instead of buying to get that good night’s sleep until we get some new hope in our lives.

It is all likely that mental health issues will continue to plague the world and from the investor perspective, it is none more evident than the mad “headless-chicken” markets we are grappling with daily.

The urgency for profits and emotional trading behaviour has quite stripped logic out of the equation which has been the cause for stress under extraordinary circumstances of political strife and uncertainty despite a half decent economic backdrop.

It really does call for extraordinary resolve, as demonstrated by a dear friend who has given up eating chicken for the year of Chicken and been faithfully holding out for the past 3 months.  The ‘not-so-headless chicken’ she agrees, that the best way to keep a clear head in investing would be to reduce leverage (debt) ahead of rate hikes, which are inevitable, nuclear strike or not.

Yes, we have fast and furious markets now as Fast and Furious 8 just premiered in the box office but Yoda did say, “Fear (stress and mental illness) is the path to the dark side. Fear leads to anger. Anger leads to hate. Hate leads to suffering.”

Errr, The Last Jedi premiers in December, I think.

Style
A Guide to Individual Style: Sophia Chong
High Profiles
Bernard Cheong
High Profiles
Patrick Grove
Insights
A Trader Opens Up on Mental Health
Dining
The Future of the Restaurant Industry Is as Bland as Oatmeal

Invest
Insights
A Look at Singapore’s HENRY (High Earners, Not Rich Yet) Generation
Invest
Insights
How To Get Rich In Singapore?
Invest
Insights
The Triple Whammy of AAA Singapore’s Monetary Policy
The Mental Health Problems of Debt and Despair
By Ed Chan
© 2023 High Net Worth All rights reserved.
Privacy Policy | Terms of Service