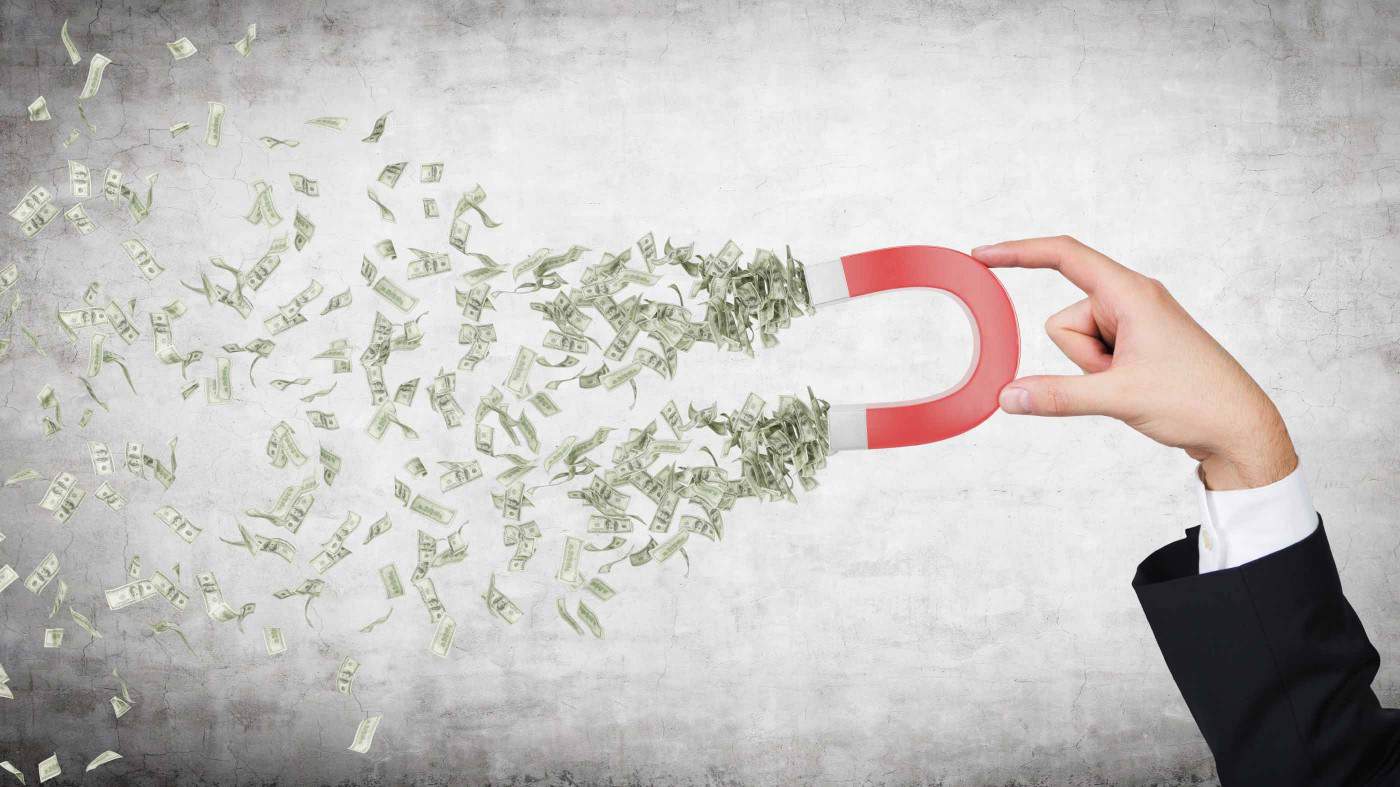 There is a reason to be nosy when a good friend tells you that he is considering converting his RFMC licence into a full CMS (Capital Markets) one because it is a big deal indeed for the latter is what we would connote with hedge funds while the former is in the boutique category.

“What is his motivation? What about the costs and capital?”, I bleated over Samy’s delicious briyani (without the fish heads) and delicious cold beer. For the capital requirements to be able to run the works would be S$ million, if I am not mistaken.

What I managed to gather is that his potential client wants to be a big kahuna and no small time licence will be good enough even if the lesser licence will do just fine for a family office.

Restructuring at the world’s biggest lenders has left them with investment banks that are far smaller and have very little in common with each other. Private banking and wealth management have replaced investment banking divisions as the big profit centres in some global banks, while others are repositioning themselves as domestic lenders.

This is a topic close to our hearts and a trend I think we should not be ignoring whether from whatever hat we don, as a customer or a banker or a trader or a hedge fund or an analyst or the all important regulator. The private wealth segment which has simply exploded in recent years or, perhaps, which has always been there but now re-categorised and monetised as a numerical accomplishment for banks to parade as a boast point to shareholders and investors.

Since the Lehman collapse and the bad taste that trading and investment banking has left in social perception, the trend has been a shift to wealth management. It has been a major focus for financial centres like Singapore and Hong Kong in recent years both wooing the family offices, ultra high net worth individuals and the hedge funds.

Singapore has been nipping at the heels of Switzerland and Hong Kong on this front and has been ranked 6th in the world for 2014 after showing impressive growth between 2009-2013.

On the home front, Singapore is seeing an explosion in the “mass affluent segment” with previously ordinary bank accounts now targeted by the wealth management business. This segment is generally recognised as accounts holding between $100k to $2 mio and local banks have seen their incomes from wealth management triple since 2010.

And how true it is.

A couple of weeks back, during my inaugural bond market seminar, I posed a question to the audience asking if they had started investing in bonds only after 2010 and the answer was unanimous. 2010 was the magic year, the year after the post-Lehman turmoil year of 2009.

2010 was a significant year for me, as well, from a personal point of view, when I had a major difference in opinion for a bond issue that was being launched. I had opposed the pricing of the bond as too tight and of poor value for investors. My opinion was dismissed, the bond launched and sold out within a day, to my surprise and the surprise of several other market professionals.

It was one of my first encounters with the power of the private banks and what a discovery that was, watching the private bank segment grow from strength to strength over the years and the magic of the PB rebate which was the main selling point of that fateful bond back in 2010. 0.75 cents hard commission to sell does the trick when no amount of slippery persuasion would work on a fund manager.

Wealth management is new fad for all bank CEOs who want to keep their jobs and we have seen enough attrition in the past few months to know that. Barclays, Deutsche, Standard Chartered, Credit Suisse and more.

Branches are closing, investment banking units shuttered, trading desks shrunk down as banks hire more private bank relationship managers, better and more pleasingly termed now as wealth managers. Yes, the retail business is now being shifted on-line around the world with the UK losing 40% of bank branches back in 2013 and Europe cutting 5,500 branches in 2012.

This is all due to the new regulations, particularly the Dodd Frank Act, that increases the cost of doing business in trading and investment banking. Additional capital surcharges for the TBTF (too big to fail) banks have forced banks to rethink the way they used to do business and their bottom lines that is evident in this chart of banks’ investment bank earnings.

If banks are delivering good profits and profits are not forthcoming from the traditional trading and investment banking business, we can suppose that wealth management is making up the numbers.

As a result, banks started to shed the small and unprofitable accounts that do not make economic sense and I have personally witnessed a sales team trimmed for 1 person to take over a thousand small business accounts which was previously a job done by 3.

Private banks have less of these worries especially when most of the regulations are conceived to protect the end-customer and customers with sizeable assets are usually more profitable than the high volume small size transactions of the SME client.

As Deutsche’s new CEO Cryan puts it, “Where we encounter marginal business opportunities or businesses with poor prospects or business lines that are not controlled to the standards we demand, we will exit them, even if this means closing them down.”

Private bank and mass affluent clients are the panacea for the modern bank’s ills with their deposits which make good collateral and a new avenue for sales of those assets that cost much more to maintain. In addition, retail customers have always proven to be more “sticky” and unlikely to switch banks, especially when they are tied down with loans, and that gives banks a captive audience for new sales.

Working on new capital rules, it does pay for the bank to extend a loan at, say 1%, to a customer to buy a high yield bond that pays 8% because the amount of capital involved is much less for the bank.

A friend of mine jokingly calls this new group of investors (post 2010) the “unburnt class”, which is not so much intentionally rude than it is representative of the fact that most of these clients have not experienced the market turmoil of those crisis days back in 2008-2009. By that I would suppose that these investors are relatively new to the world of derivatives, credits, forex and yield curves, simply because banks had not thought of “banking” these customers back then.

Fresh blood is good but it is not as it seems. Surely we do not expect a millionaire dentist, for instance, to wake up the next day and know what he or she is in for when they buy themselves a 7 year 6M callable double-no-touch binary option note linked to the 6M SOR <4% and the AUDSGD < 1.05 ? [I am randomly using an illustration of a note offered back in 2013]

And what would an investor know about credit analysis, which was a point that I brought up during the seminar I conducted that it is ironical that private bank clients flock like bees to high yield bonds when banks hire rocket scientists to trade and manage them?

Yet the power of the “unburnt class” has managed to swing markets with their size as they move in herds, leaving them quite vulnerable to the most powerful investors these days, the non-bank and non-regulated institutions i.e. the hedge funds and mutual funds.

Citibank pointed out that regular corrections are a thing of the past as the world moves in tandem to larger price spikes as we are witnessing now.

Singapore’s MAS has moved in with regulations to protect the “accredited investor”, now requiring them to “opt-in” for specialty products but I expect the process of education to be a long and winding road as the investor class grows in strength, seduced by the VIP treatment of free limo rides to the airport and applewood bah kwa for Chinese New Year only to find themselves, like some friends of mine, stuck in with their accounts because they are unable to exit a private-equity fund that they had bought and the other bank would not take it.

And the fees keep coming – account maintenance, custody, coupon handling charges, and many more for every single service you can think of.

Education is a long drawn process and markets have moved too abruptly into the lure of wealth management when both bankers and clients are unprepared.

Singapore’s MAS did a Financial Advisory Industry Review to overhaul the minimum education standards for industry professionals back in 2013.

And hey, I am also playing a part in this with my first ever public bond seminar 2 weeks back. Perhaps another one if there is demand, in the near future ?

For my friends and fellow traders, I think this is why we cannot rely too much on logic these days, as I found out back in 2010 with that junk bond. Sentiments are a better bet, as are margin calls in the past weeks as the “unburnt class” got slightly singed by markets and their fears are compounding.

Invest
Insights
A Look at Singapore’s HENRY (High Earners, Not Rich Yet) Generation
Invest
Insights
How To Get Rich In Singapore?
Invest
Insights
The Triple Whammy of AAA Singapore’s Monetary Policy
The New Era is in Private Wealth & The Power Of The Unburnt Class
By Aili Ong
© 2023 High Net Worth All rights reserved.
Privacy Policy | Terms of Service