Time to Marie Kondo Your Portfolios and A Look at Hyflux 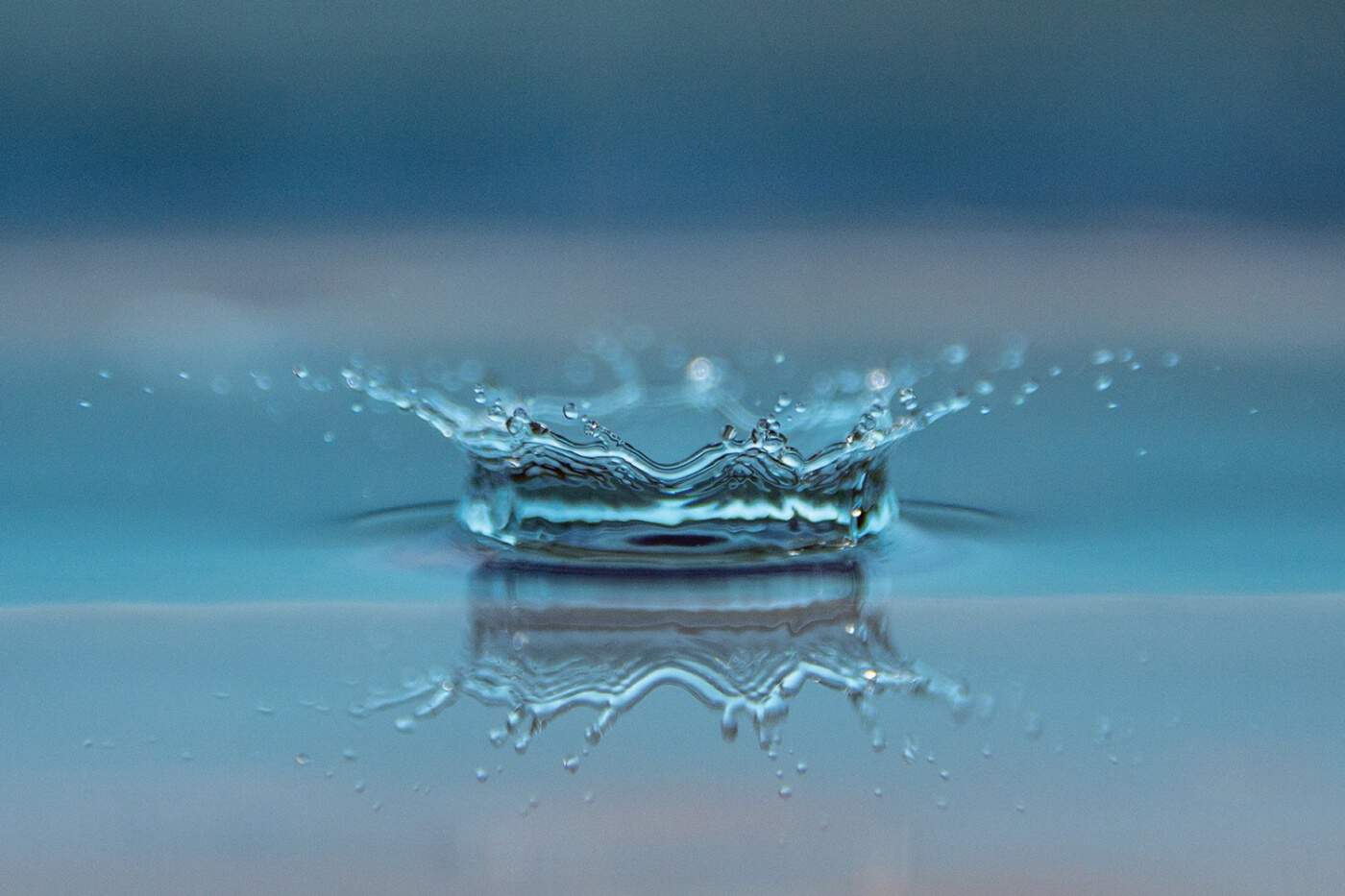 It’s been a few weeks for us now, simmering in this Chinese New Year heat wave with sapped spirits, waiting for some inspiration to strike for something meaningfully profitable to write about markets.

For we have seen some meaningless rallies in most asset classes that we cannot place a meaningful finger to, for us to just give up searching for the next big trade and just trade the markets instead. That wouldn’t be meaningful for us to write about.

Yes. It has been nothing short of scorching (weather) so far and while we did not let the heat get too much into our withered brains or make us irrational Santa’s in those ang pows, we have Marie Kondo in the news, Netflix and the Straits Times, to thank for tightening those personal purse strings this new year along with those generous ang pows to bestow.

New Gucci’s are out and old Gucci’s are in as we dug through those brimming wardrobes, finding hidden old and treasured pieces to recycle and wear, cutting back on new decorations with boxfuls of old gear in the storage and besides, who needs new year plants? We have old kumquats still thriving in the garden and orchids that refuse to die, even if they are not in bloom.

Marie Kondo-ing Our Lives and Portfolios

Have we ever lent money to friends in our lives who sometimes repay and sometimes don’t, and other times met with a serious dose of ingratitude thereafter?

It has happened several times to a dear friend of ours as she admitted, for quanta of between 3k to 250k, and after a while, it was Marie Kondo-ed from her life, the word quite unknown to her before the famous Marie Kondo book was published in English in 2014.

Getting rid of physical clutter, relationship/friendship clutter and more importantly, mental clutter which includes portfolio clutter, is perhaps the best thing we can do for ourselves this festive season.

It is time to Marie Kondo those portfolios if one has not thought about it because things are just starting to warm and stink up in the world, again with one very big bankruptcy looming ahead for Singapore in the form of Hyflux where creditors have been given till the 15th of February to file their proof of claims and the 28th of February by Maybank to execute a binding agreement with the, currently single and only interested buyer of the company, the Salim-Medco consortium.

Behind Every Default Was Once a Darling

As we said years back, Behind Every Default was Once a Darling, and there is really no single point to lay the finger of blame upon, be it the company, the bank, the media, the buyer or the regulator.

When Hyflux issued their second Hyflux 6% retail perp in 2016, mini-alarm bells started to toll even though the 5.75% non-retail perpetual was redeemed a few months later.

The operating model seemed slightly flawed even as early back in 2014 when we wrote about the 5.75% redeemed bond, that “Some say they are paying up because of management problems with their board of directors quitting en masse, I will not speculate on matters of their corporate governance…..Looking back in 2013, we note that there was a consent solicitation exercise for outstanding Hyflux bonds. This was to amend a certain covenant that would allow Hyflux to include “intangible assets” into their “Consolidated Tangible Net Worth” ratio which they had apparently busted (unverified as the exercise was a private exercise that I was not privy to).

I can imagine (note that I am using the word “imagine”) that they are building water plants for foreign governments which, of course, they would not be allowed to own for it is a strategic asset. The foreign governments do not pay for it and Hyflux is, instead, allowed to operate the plants for an extended concessionary period to recover their costs. Thus, classified as “intangible assets”.

As such, we note that their “intangible assets” on their balance sheet has swelled from SGD 226 mio in 2012 to SGD 747 mio in Sep 2013. This will be accompanied by heavy amortisation/depreciation over the years as they realise the income from their operation of the plants.”

For, we certainly did not have much good to say back then.

Then came the 2016 SGD perpetual bond which was sold to retail buyers and we had to bite our lips because it was not something we would question the relevant authorities over because Singapore had a due diligence framework in place for retail bond issues.

Was that the Marie Kondo moment?

Most Hyflux investors will be wiped out soon, in 2019, according to this video that is distributed (to be found at the bottom of this link) and some of us cannot help but feel a little of their pain, especially those astute investors who thought they had foresight in buying Hyflux senior debt, thinking that is was safe enough for the low yield (4.2%!) it commanded in 2012, without worrying that Hyflux went and borrowed even more money, subsequently, that was secured on Tuaspring and even more subordinated money in their S$500 million dollar retail bond issue in 2016.

And now, nobody’s getting much back, senior or junior bondholders with the senior chaps looking like they will be drawing the shortest straw against the retail (junior) bondholders as an outcome.

Should have just Marie-Kondo-ed Hyflux.

Take a look at this chap, who was caught on tape wandering around Raffles Place.

He lost around 90% of his initial investment which could only be the result of a bond default and he was upset enough to wear a placard around town to highlight his woes and to elicit some public sympathy.

And poor Mr Teo would not be too comforted by some of the responses we got.

“Means he shud sell his $1.5m home”
“Hyflux perp will have more of such retirees cases.”
“they seem to think 250k will last forever… likely dementia setting in”
“He is not telling the whole story.”
“Time to go back to work I guess”
“Maybe not be so greedy next time?”
“Number sound so fake”
“Not so savvy then!”

Then, we had a few “Oh dear” and the usual commiserations.

The Marie Kondo Moment for Hyflux

“Some say they are paying up because of  management problems with their board of directors quitting en masse, I will not speculate on matters of their corporate governance.”

“Looking back in 2013, we note that there was a consent solicitation exercise for outstanding Hyflux bonds. This was to amend a certain covenant that would allow Hyflux to include “intangible assets” into their “Consolidated Tangible Net Worth” ratio which they had apparently busted (unverified as the exercise was a private exercise that I was not privy to).”

“Having said all that, Hyflux is the market darling of Singaporeans and the pride of our country including, I am sure, Temasek. I am slightly dismayed that they managed to run themselves from lowly leveraged to a highly leveraged company. Paying up for the new perp is a necessary cost for them, so I would not settle for less than high 5%. After all, the Sembcorp Industries Perp came out at 5% last August and it is trading at about 4.75% now.

We hope they will find greenfields to boost their revenue and continue to give us delicious Newater every day.”

There were few opportunities to Marie Kondo and boot Hyflux out of the portfolio, after 2014 until their final 6% retail perpetual offering in 2016.

It was mainly because it was too hard and scary to Marie Kondo something like Hyflux.

1. Water is a national asset. Our current needs are met with 30% of desalination efforts and we would assume and the largest desalination plant in Singapore, Tuaspring, would not be allowed to go bust.

2. And the retail buyer is involved… which means there is some form of higher-level due diligence work by the regulators and authorities according to MAS = SAFE!

Does Hyflux suggest a new meaning of the time frame for SAFE?

3. The Olam precedent back in 2012, somehow suggests that the government investment arms, Temasek and GIC, would not hesitate to interfere in public bailouts. And the Hyflux CEO is plastered in almost about every other Singapore water photo out there.

For one, we would have no clue or guidance or about anything that any legitimate media outlet would dare to put on print and we can clean forget about trusting our banks to tell us anything because it would represent a massive conflict of interest on their parts, if they had commercial dealings with the company on the verge of default, years after they had sold the corporate bonds to customers.

So what if you have a quarter million in exposure to a bond we sold you 2 years ago? The fiduciary duty has long passed and there is no more accountability.

It is also true, no one would dare to blaspheme regarding Hyflux, with bankers included, because there was just so much implicit government backing for the company, not to mention the accolades they have won over the years.

Singapore’s TODAY papers would be one of the first to have dared say something bad with their Hyflux’s fall from grace: What went wrong piece written mid-2018, with the audacity to suggest that the company’s risk committee only met once in 2017 and there was a possibility that the firm did not have the “right kind of directors”, err, 4 years after we noted, in 2014 with less public liability, that “their board of directors were quitting en-masse”.

Now, which self-respecting news media would have dared to suggest a blasphemous (towards the State) thing as that?

Then, even if an investor had decided to Marie Kondo (or parachute out) of their investment, the harder step in 2018 would have been to find a decent buyer for their investment.

Which self-respecting distressed bond fund would have dared to make a bid, with the banks largely absent, for a distressed SGD dollar bond when they would have little chance of a decent recourse?

So much for the 2018 Singapore Insolvency Conference last July, global lawyers are still not buying into “the hype behind the Singapore law” and we would not blame them the least, given the lack of success in Singapore Courts for the investor.

For sarcasm sake’s, name us any little investor or hedge fund who has won in Singapore, against the big bad defaulting wolves driving Rolls Royce’s?

Better off trying their luck elsewhere.

And so it would appear that 34,000 families (referring to the unverified video above) and many other investors are about to lose some of their wealth on Hyflux which has not officially defaulted yet, having paid their last coupon on their senior bonds in September last year.

And to be absolutely honest, we would have never guessed it would have come to such, having even considered Hyflux senior bonds a decent bet exactly 1 year ago, at 85-90 cents to the dollar, except that we had enough accountant, lawyer and investor friends who told us that it was not worth the risk.

For that, we are thankful.

Yet, oh dear, for the 34,000 families affected by Hyflux, we hope you managed to Marie Kondo your way to a cheaper and happier Chinese New Year and we pray that Temasek or GIC will change their minds.