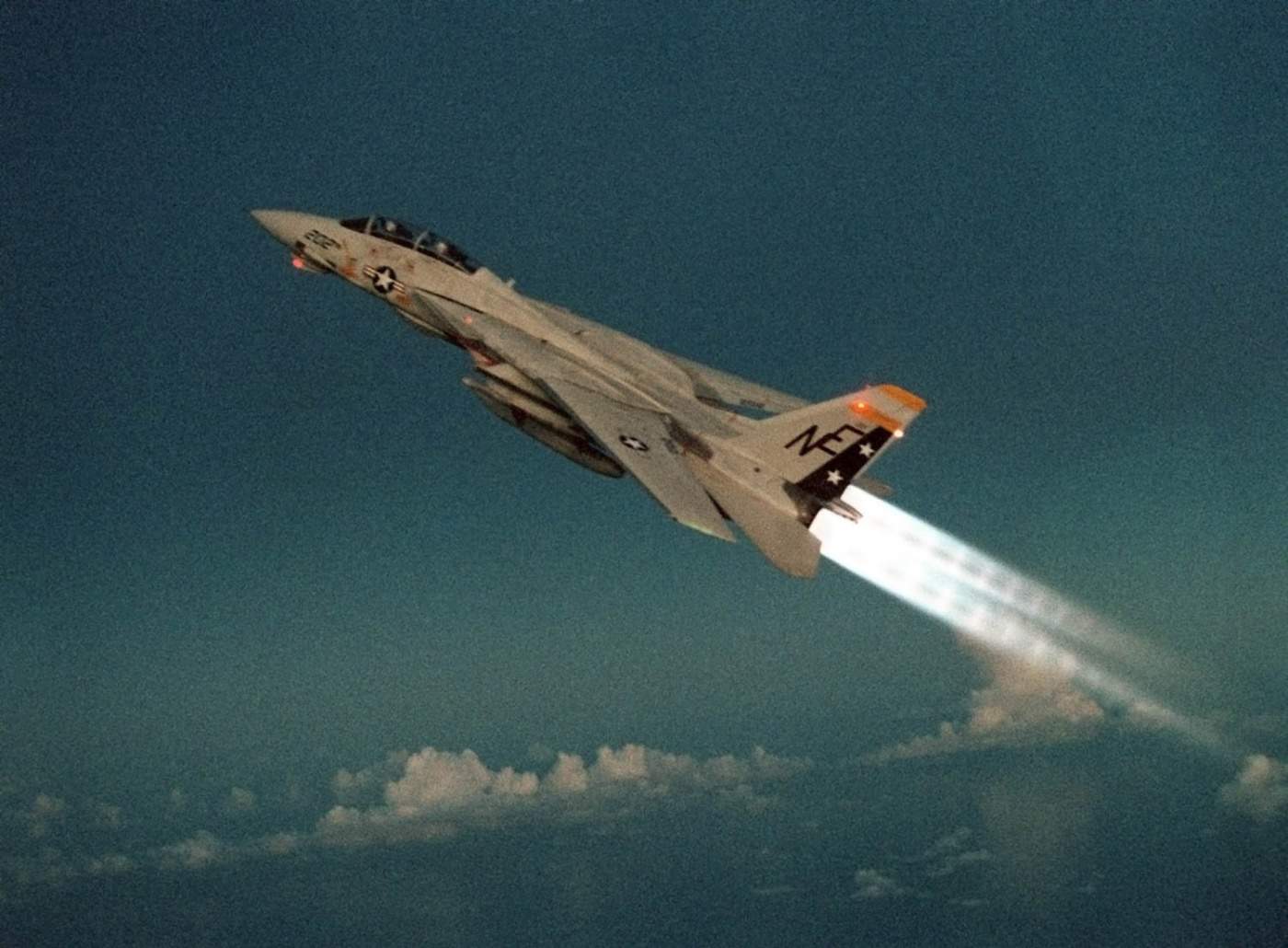 Rear Admiral: “The end is inevitable Maverick. Your kind is heading to extinction.”

Maverick: “Maybe so, sir, but not today.”

Gen X folks who grew up with  Top Gun would remember the volleyball scene. Fast forward 36 years from 1986. What happened to all that time?

If there is any feel-good movie we have watched in the past decade on top of all the 100 per cent politically correct cartoons too, this will be it. Clean and wholesome, sufficiently racially and culturally diversified, with no steamy sex scenes or nudity or excessive violence, which is far from 90% of the stuff on Netflix.

In real life, we only know the opposite. A 60-year-old single, hot and sexy chap would probably be paired with some 30-year-old babe wearing more suggestive clothing. Vintage Porsche-driving Jennifer Connelly would most likely be single (if we infer correctly from marriage data on SingStats and the rising number of single old women versus old men who are getting married) with the remote possibility of a live-in toy boy; both partners probably less accomplished and definitely less mature just like it has always been in Hollywood as called out by The Age in an op-ed last week.

Top Gun says old is the new cool and it is true so far because Warren Buffet got ribbed and derided for the past two Covid years on his views on meme stocks and Bitcoin (crypto) which was bleeding away last weekend. He may as well have the last laugh. Gen Xers who have been clumped into the ignorant Boomer category for old-fashioned trading and investing mindsets are cheering our common sense in steering clear of assets imagined out of air. We offer our profound sympathies to the brave ones who had asked to be paid in Bitcoin last year.

Well, the good news is that no one, young or old, has gone unpunished as every single asset class with the exception of commodities and to a certain extent, real estate, has been, pretty much, brutally decimated so far in 2022 including safe havens like gold and bonds.

Still, old is good, as far as we are concerned and three cheers for our in-coming PM, Lawrence Wong, who is as Gen X as can be. We lament the upcoming job losses for the many Gen Xers in finance whom we hear will be up for “voluntary retirement” to make way for the legions of new graduates in a time of the worst market turmoil we have witnessed in our entire 25-year career, which coincidentally began at the last Asian Financial Crisis.

This article will not be about old versus young and who made more or less, for better or worse. Instead, we will contemplate trading in 2022 so far, and unfortunately, it has been the year of the old men. (We are not talking about Tom Cruise or Warren Buffet.)

The most successful traders we hear about so far are “old”—i.e., Boomer and Gen X. We hear of three who did extremely well in sizing up the markets in Q1, with decisive trades for higher interest rates and ended up making the budgets for their teams for the year.

The story of one of them, an old friend, is particularly heartwarming. It is his second chance as a trader after being given the pink slip a few years back and failing to secure a permanent job—only to be given contract roles. To his luck, he was offered a role in a bank last year to run their books and he sensed something amiss in December. He saw that funding rates could not remain low indefinitely, not when inflation was accelerating and decided to hedge his funding for a couple of years—and he did, in excess. The bet paid off. His work was done for the year, a couple of months ago.

The ability to U-turn comes with experience and all the traders who appear to be navigating current markets smoothly have the hindsight of the various crises of the past. Those who had helmed the ship during the GFC or the earlier crises big and small, and lived to tell the tale.

Thus, a dear friend was expressing her exasperation when asked by friends to recommend traders only to be told that 42 is too old and senior. But is that not an asset in these current times of turbulence? Apparently not, she was informed that it would be a tough sell not for his cost but only for his experience and age.

Is the financial market “No Country for Old Men”? Is it not enough that the Tiger Cubs got walloped? The Wunderkids of 2021 mooting their new paradigms, meme stocks and all?

Well, everyone we know got walloped in the volatility of the past month and it is not funny because a lot of scenarios unheard of are emerging. We cannot profess to have a view for the next 3 months with a single ounce of certainty or confidence and that is our honest admission.

Just as we set out to do in March in our manifesto: Thinking About Inflation and Lentils, we restructured the portfolios to cash, hedged the mortgage and liabilities and put on the inflation trades, so what’s next?

The outlook has never looked more uncertain because we never had such inflation numbers in decades. But the inflation narrative has quickly morphed into a recession narrative and the equity and bond market correction is expected to transit into a real estate market bust as the war in Ukraine continues to rage. It is the geopolitical fragmentation that heightens the uncertainty as world solidarity crumbles—entering an age of deglobalisation and protectionism.

Yes, all eyes are on cryptocurrency market stability right now as we type, with no one responsible for the trillion-dollar marketplace but we are also increasingly worried about US President Biden’s health, the US mid-terms in November look like a washout for the Democrats (even Elon Musk has flipped to the GOP) and we will have to look forward to two years of lame-duck leadership from the US.

Nobody knows what to make of runaway train USDJPY or China as well, along with disruptions in the labour markets, layoffs, vacancies, plunging birthrates, bankruptcies, credit defaults, sanctions, embargoes, export bans, lockdowns and more. There is no point in having even a medium-term view because it is virtually impossible to foretell policy actions or regulatory and political responses.

With US equities and bonds losing roughly more than 60 per cent of the US GDP in eight months, making it the largest financial drawdown in percentage terms in the last 40 years, the tide has finally gone out after the shores have been flooded with central bank and government stimulus for the past two years. Against the larger backdrop of the GFC stimulus and ZIRP years, we can guess that more than half of market participants would not have first-hand financial crisis experience i.e. pre-GFC because 42-44 is too old.

Not a lot of correlations and rules that have worked like a miracle in the past years apply these days and the intraday ranges have been brutal with the biggest tw0 day jump in yields since 1987 with the worst returns for bonds since the 1970s, yet this is the set to be the third-best year in history for the number of 2 per cent up days for the S&P (-18 per cent YTD) even if it looks like the slowest IPO year in over a decade. Markets are no longer textbook normal.

It brings back the time around a decade ago when the BoJ rushed an urgent market age survey to ascertain how many traders were experienced in trading in a rising rate environment.

Seasoned macro traders like the chaps we mentioned above have an advantage in this market environment for the post-Covid QE years, and we hear some of these “mavericks” making a comeback to the markets just like Tom Cruise in Top Gun although we are unsure if it is a trend.

Wikipedia states that “Global macro is an investment strategy based on the interpretation and prediction of large-scale events related to national economies, history, and international relations. The strategy typically employs forecasts and analysis of interest rate trends, international trade and payments, political changes, government policies, inter-government relations, and other broad systemic factors.”

We suppose it could also include trendlines and technical analysis and some macro folks we know just trade a few instruments instead of the entire product suite. Not all of them are necessarily old although we tease our dear friend (who is not a macro trader) that she has yet to make her budget because she is not old enough.

Inspired by Top Gun, we will endeavour to use our experience to navigate the best we can, like old men on their old planes through the myriad of booby traps in a winding canyon before finally escaping from the enemy in our favourite F-14 Tomcat in winning style.

That is no country for old men. The young
In one another’s arms, birds in the trees
– Those dying generations – at their song,
The salmon-falls, the mackerel-crowded seas,
Fish, flesh, or fowl, commend all summer long
Whatever is begotten, born, and dies.
Caught in that sensual music all neglect
Monuments of unageing intellect.
Sailing to Byzantium, William Butler Yeats

Features
The Covid-19 Vaccine Race May Not Be the Panacea You Think
Insights
Stagflation: What Is It and Why Should Investors Care?
Insights
Too Long in the Tooth and FAANG
Features
What Mindfulness Is and What Meditation Isn’t
Insights
5 Business Trends You Can’t Ignore in 2021