US Elections: To Win the Battle and Lose the War 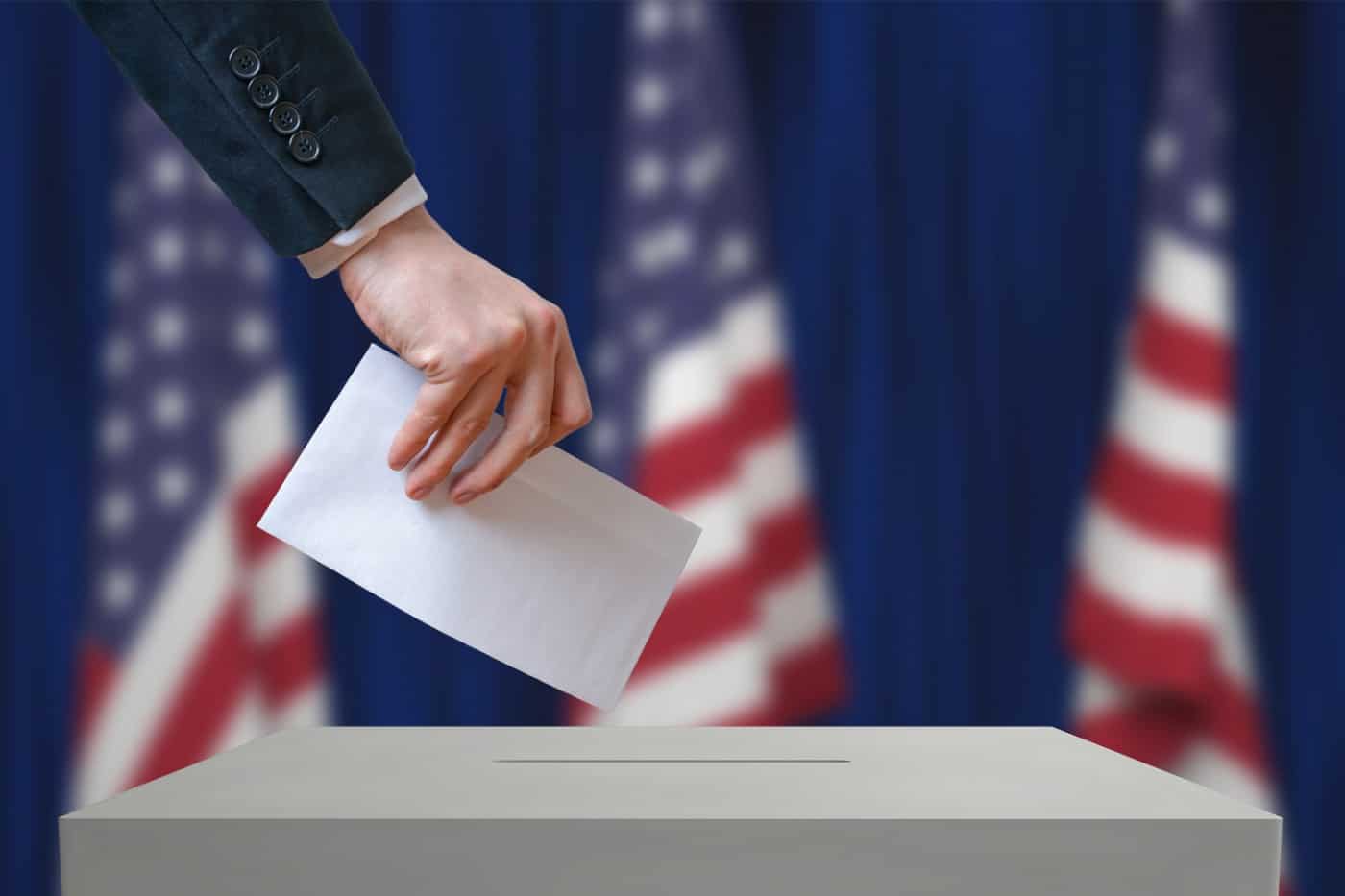 It is a long way from June the 24th and Brexit which is all but forgotten with the House of Lords buying some time against the unknown reality because a bigger reality check is coming up in 2 days with the US Presidential elections going to vote that is a contest between 2 oldest and most unsuitable candidates in history.  For indeed, Trump and Clinton are in the top 5 of the oldest contestants for the job after Obama took the job at the age of 47.

To be fair, past US elections never sank to such lows of character assassination and scandalous mud-slinging and were more focused on policy matters that is considered too dry as subjects in this new age of social media where everything boils down to showmanship, sensationalism and playing with the hearts and minds of the crowd that is leading to “Americans learning far more about Donald Trump’s sex life and Hillary Clinton’s emails than about their respective policy agendas”.

The good thing that happened is that Brexit and the US elections has made global citizens out of us all I Asia as we hear of Singaporean and Malaysian taxi drivers venturing their views. Yet it has resulted in excessive paranoia and stress amongst American voters with the emergence of Election Stress Disorder  that manifests in “difficulty eating, sleeping, conflict, internal anxiety”.

Given they poll just about anything these days with a poll for election stress, a new poll now shows that the American public “see media as a much greater threat to election than Russian hackers”.

Donald Trump, for all his flaws and dirty laundry that could only have accumulated with age and not a single memorable credit to his name (that we read out there) except for the fact that he is a “billionaire in dispute” (no tax returns to prove it), has promised a latest “Brexit times 10” election result on November the 8th, up from “Brexit times 5” 3 weeks ago, an excellent if vague prediction for the anything-we-could-not-anticipate reactions, I suppose, and accounting for the latest developments in both campaigns.

The Battle Will Be Won But The War Is Already Lost

That brings me right to the point I want to make today as has been echoed by many, as the FT puts it as “An angry, disaffected America has awoken” (https://www.ft.com/content/4c164b1a-95f1-11e6-a1dc-bdf38d484582) as the Trump legacy whether he wins or not. He has opened a Pandora’s box of the “forbidden mentions” – criticising the Fed, immigration, the rich-poor gap, locker-room talk and much more that we bury deep within ourselves for the sake of being politically correct to the point of absurdity when we read of a “Rutgers Student Fired from Campus Newspaper After Writing “Illegal Alien” in Column” or “Oregon bakery owners pay more than $135G in damages over refusal to bake gay wedding cake”.

Trump is, like Brexit, the biggest anti-establishment symbol or flag bearer the system can ask for, with Citi commenting that the “policy distance between the 2 candidates is arguably the widest in decades, with numerous non-mainstream-if ultimately unimplementable proposals”which are probably the main reasons why Clinton’s top choices for her team – John Podesta and current Vice president Bidden have turned down the offer to be part of.

The War Has Been Lost.

The US election campaigns have smeared the US image in the eyes of the world and we the Philippines and Malaysia both strengthening their ties with China in recent months. Malaysia went a step further to appoint Alibaba’s Jack Ma as a national advisor for her digital economy aspirations.  As for the rest of the world, the future of political relations look iffy.

In the US, gun sales are rocketing…

“Americans are suspending major purchases of houses and cars until after the presidential election, choosing instead to lard up on guns instead, according to a new survey provided to Secrets.

“The top item Americans say they are likely to buy because of the election is a gun,” according to a survey for the supply chain firm Elementum. What’s more 97 percent of Americans are holding off major purchases “due to the presidential election.”

Gun companies and firearm shops are expecting crazy sales on a Clinton victory, with Clinton expected to take a tough stance on gun and ammunition ownership.

Alternative media sites are claiming “that the US government is preparing military and Homeland Security assets for widespread election fall out” sparked by potential actions of disappointed and angry voters who distrust the election mechanism.

This is ratified by Andrew Patrick, spokesman for the D.C.-based Coalition to Stop Gun Violence, in an interview with Salon, claiming that it is a case of stockpiling, “Some people probably think they’re going to have to rise up against the government. I don’t know, but that language and that rhetoric are out there”.

And we have an older-than-Clinton, Jane Fonda saying this in April .

Finally, we have the breaking news this morning of Donald Trump being rushed from stage in a rally when “a man attempted to rush the podium and someone in the crowd shouted ‘gun‘”.

Paranoia cannot be blamed especially when we have Hillary Clinton on an in-no-uncertain-terms audio record, in an old interview with the Jewish press, proposing to rig the 2006 Palestinian election?

All this as Federal officials warn of unspecified threat of al Qaeda attacks in Virginia, Texas and New York on election day.

Donald Trump is not the cause but a manifestation of changes that have been building up over the decades – “lack of trust in all institutions- political, business and media, declining political party identity, growing polarization and the shrinking US middle class” – Citi.

It’s simple. Americans feel lousy about their future (as do many of us).

It has really brought out the worst in us and a paranoia that Bill Gross terms “the end of globalization as we’ve known it”. Because the next 4 years is going to be about keeping the country together, winning over the “haters”, in other words, nationalism.

Nationalism is about Defence and Infrastructure Spending

Yes, we are talking about selling more sovereign bonds and raising taxes. No, we are not talking about gun sales although violence and fear does play a part in gun demand.

From Japan requesting for another increase in military spending to the Philippines to China to Saudi Arabia and Germany (and NATO), defence budgets are boosted globally this year and shall continue to rise as uncertainty continues to grip the world as globalization falters, for globalization is based on the premise that “nations tied together by bonds of trade, money and culture are less likely to destroy one another. Now those in US and Europe who believe themselves hurt by the massive changes wrought by globalization want to reverse it”.

And we have the other growing defence spending in cyber security, having lost track of the countless hacks and paying scant attention to the major Internet outage in large swathes of the US on October 21st, which is still unexplained.

US federal and state authorities are beefing up cyber-defences for the elections as well.

That is a lot of spending to do before we even start on the infrastructure spending that has an estimated $49 trillion shortfall that may not be solved anytime soon, according to a research report from Deutsche Bank.

Short selling bonds will not make you ultra rich unless you are a hedge fund or a pro, so lets take a look at the other investments besides the windfarms and weed (politically corrected “medical marijuana”) companies that are in play for the US elections. For me, Defence is an easier read.

Investors are piling into those hand gun and ammo companies, with BlackRock, Vanguard and other prominent investment firms counting as the top 5 holders of publicly traded firearm companies although they are mostly privately owned, such as the popular Glock pistol (Austria), as are other sensitive defence related industries.

In July, we advocated an Asset Light Model Into The US Presidential Elections where we suggested the best alternative hedges would be defence ETFs and private security companies.

Since the time last year when we wrote “cyber crime pays a lot more than cyber security… How much does a company invest in the cost centre of cyber security when the benefits are unseen ?”, Singapore’s DMX Technologies has fizzled out into a mini criminal case. Our list of publicly traded companies to buy.

Yet it is also going to be about the drones and the inevitable “Terminator Future” that we wrote about in Feb 2015 because we are on the brink of a 4th industrial revolution as hailed by the World Economic Forum, robots, drones and artificial intelligence are just part of the picture, that two-thirds of the children will be performing jobs that do not exist today that begs to question our current education.

Robocops would be a good way to keep death tolls down? And even the playing field for security too ? (I say this after witnessing a patrol guard weighed down by gun too big for him)

We have to throw in the idea of Singapore luxury real estate, really, as a good “afters”. For, it is not too hard to see that Singapore will be a nice resting spot for wealthy migrants running away from refugee influx, tax persecution and other reasons, which is just nice because they are not after local jobs.

Then again, we are just playing with the idea of a “lost US war” in the globalisation game and not a real war or the US election battle that has to be won, with well over 400 years of Guy Fawkes Day.

Invest
Insights
A Look at Singapore’s HENRY (High Earners, Not Rich Yet) Generation
Invest
Insights
How To Get Rich In Singapore?
Invest
Insights
The Triple Whammy of AAA Singapore’s Monetary Policy
US Elections: To Win the Battle and Lose the War
By Ed Chan
© 2023 High Net Worth All rights reserved.
Privacy Policy | Terms of Service