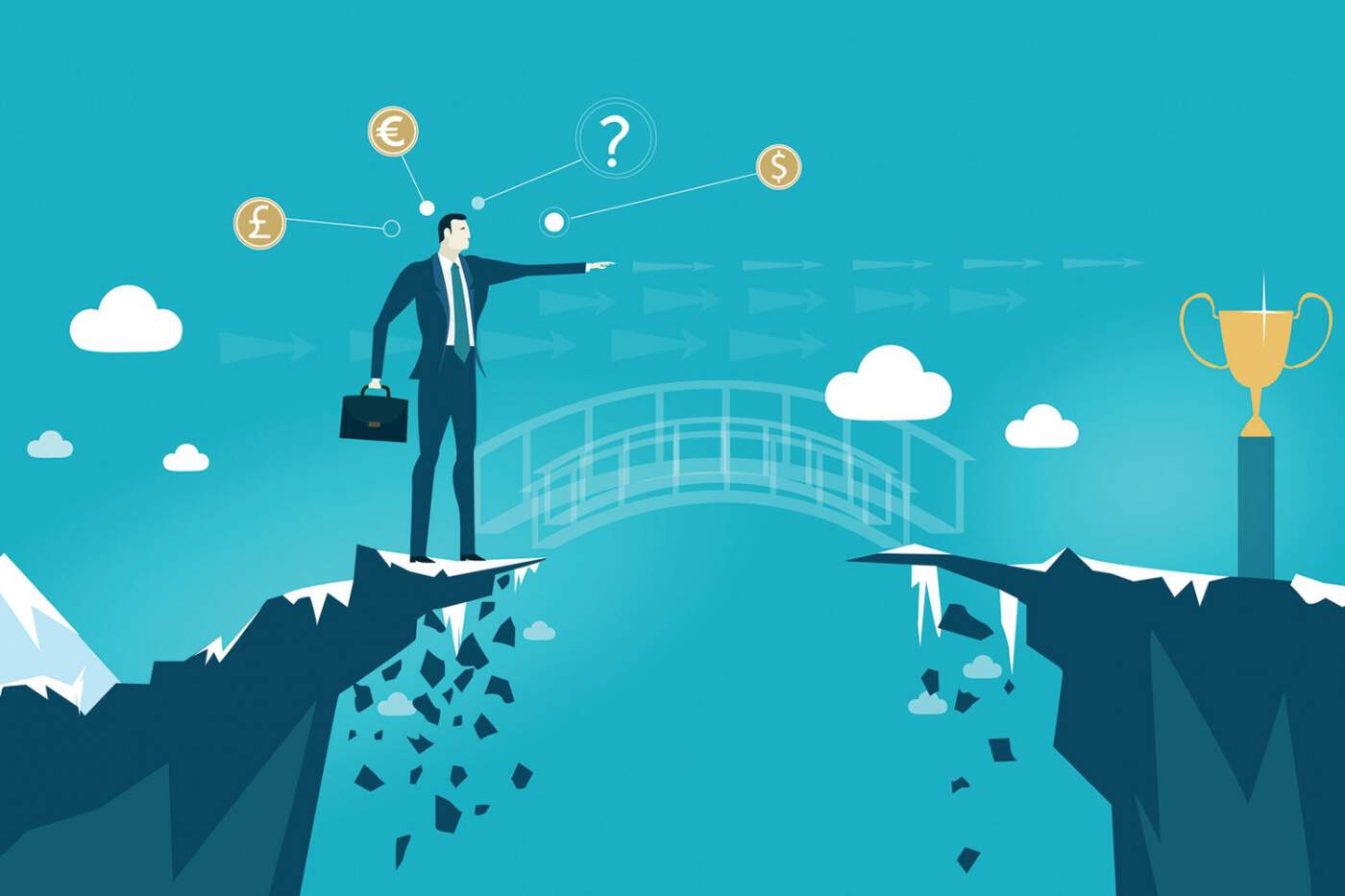 Excuse us for being just a little paranoid, but it has been a tough week that has continued from 2 weeks ago when we were vacillating between feeling gloom or doom after an October that has baffled even the experts in a headline we snapped for posterity.

Now we find ourselves longing for the calmer waters of October because the bloodbath has erupted into contagion across the markets, keeping folks up each night worrying over those portfolios.

You can stop reading right now if you feel comfortable about the markets and the portfolio, but please don’t tell us you are bullet-proof hedged because you bought the latest Shangri La bond and it is like no other bond out there because the paper is trading well over par when HDB bond prices have sunk to multi-year lows.

The 10 standard deviation move UP in Natural Gas (NGA, +45% ytd) on Thursday wiped some 290 clients of Optionsellers.com, a move in direct opposition to oil’s longest losing streak in history (-24% since 3 Oct).

Did nasty Natural Gas not do something like this to infamously buried Amaranth hedge fund a decade-odd ago where single digit billion dollar losses were still shocking?

This is as “the other natural gas” (flatulence) has been weaponised at the Grand Slam of Darts on Friday, and we guess we will just have to agree, both stink!

It is not so funny too for those who bought Silver (-15% ytd) versus Gold (-6% ytd) or worse, did the Long Silver Short Gold trade because the Gold: Silver ratio has not been so high in 23 years.

This has been a week we wish we were back in October because bad news is coming in many multiples of 3, so much for that saying, for besides Natural Gas, Brexit, Italy and Trump, Bitcoins & @coins are making new lows with the Bitcoin Investment Trust down 84% from its Dec 2017 peak. We have multiple firms downgrading GE, Goldman worries, PG&E’s role in the Californian blaze, a new Facebook scandal and chip stocks decimated after Apple’s suppliers come clean.

According to Bloomberg, “a whopping 89% of assets have handed investors losses in U.S. dollar terms, more than any previous year going back more than a century”.

In layman terms, we stick to the Google dictionary one suggested below.

We are not sure if it is due to the Nov 15, D-Day touted by Bloomberg as the last day for investors to pull their money out of hedge funds by year-end, after hedge fund’s worst monthly performance in 7 years.

Or it could be that robot or algorithmic trading is not as pretty as the Fintech concept it sells.

That is because rules are fast breaking down in a marketplace that is decorrelating. Rules made by Man! And most of these rules work on the basis of back-tested (and assumed, logical) correlation.

Yes, we visited the Singapore Fintech Festival for a bit and found it cute that the DBS coffee app was just an interface conveying a series of complicated/customised instructions to some humans standing behind a coffee machine which hardly impressed when they could have erected a wall so we cannot see the human coffee makers buzzing around (and really, taking just as long to make a cuppa).

So what do we think of the robots who know how to trade bonds better than us, something that is circulating around bank’s management teams this week?

We really do not know except that some robot surgeon killed a fellow earlier this month in the U.K. and thus, perhaps it would be safer to just let robots trade bonds in the future.

Everyone who loses money always wished they had hedged or sold at the high except that portfolios are portfolios for a reason—to keep and hold.

It is hard to imagine even a balanced portfolio strategy returning anything but a decent single digit loss this year.

Yet, the majority of investors really do not know how to hedge and, we would dare to venture to suggest, not many private bankers are too familiar with the idea because hedge to them = defensive portfolio strategy and, naturally, short-selling is taboo(banned) in “long-only” PB space.

What should be hedged? How to hedge? Which hedge to use? How much to hedge?

For the concept of hedging is simple, to “reduce the risk of adverse price movements in an asset”, yet quite difficult to implement and even market professionals screw up.

Imagine the psychological struggle to put on that hedge. It is like saying, why should we pay (the cost of the option) to lose money when we could sell Tencent tomorrow?

Now, most of the hedges in real life are imperfect.

It is impossible to buy individual options for a massive portfolio and options on bonds are unheard of these days and derivatives on interest rates and credit are out of reach for the individual investor.

Then, most futures products are not in the scope of those PB accounts and futures are, indeed, one of the more liquid hedges out there for those who know their stuff with the most leverage, besides forex,  which means less capital outlay. Exchange listed futures on options are way cheaper than what most banks charge clients.

Innovative friends use the DXY (Dollar Index) to hedge their USD exchange risk on the futures exchange, equity futures and bond futures plus the occasion option, CFD’s and forex.  A cheeky friend even claimed that it is possible to condense most strategies into a single USDJPY trade, just to keep it simple (or dumb, because the market is de-correlating these days)?

The Hedging Mindset is To Know Thy Risk

The truth is that hedging is slightly depressing because, in all essence of the notion, it usually implies losses on the underlying asset which is hopefully covered by the hedge or vice versa, where everything is ok and one just loses on the hedge.

It is acknowledging that whilst it is not time to press the panic button, things are probably not getting rosier in the meantime.

Nevertheless, hedging (or thinking about hedging) is healthy because it urges one to know thy risks.

To know the equity risk, the interest rate risk, the forex risk, commodity price risk and of course, your credit risk!

One great example of rationalising portfolio risks is none other than the world’s largest sovereign wealth fund, Norges Bank with US$ 1 trillion under their belt.

With 70% in equity allocation, the fund thinks the currency, emerging market and credit risks are all reflected in their stock holdings and will reduce their bond portfolio to just government debt in US dollars, Euros and the sterling pound, although not limiting themselves to opportunities that may arise in the bond markets.

How is that for some forward thinking and knowing about risks?

Bloomberg’s Marcus Ashworth opined the Norges Bank’s decision to depart EM bond markets (Japan, Switzerland, Australia, Canada, Singapore and gang included) as worthy one, citing “liquidity is always most prized when it vanishes, and slavishly following an index isn’t always a good thing when there are obvious duds to avoid — particularly in a rising rate environment. Logically, it makes sense to reduce the range of exposure in bonds where returns are limited, when the same risks are being taken already in a much larger equity portfolio where upside is theoretically greater.”

They certainly saw it coming! Try asking for a bid for any GE bond or Ford bond or Huarong Asset Management bond.

And yet, liquidity risks are impossible to hedge although (physical) real estate can be imperfectly hedged via shorts on developer stocks.

We Rest Our Case—Hedging is Hard Work

We are not sure if we are going to get into trouble for this woeful post urging folks to consider hedging but it should not flout our fake news laws though we are not exactly the right folks who should be talking about hedging, being ex-traders ourselves.

Yet there is no better time to talk about hedging to save portfolios although we did not exactly launch into the mechanics of it because we do not want to accused of marketing products or floating doubts about bankers.

The need to talk about hedging arises from everything we have written about in the past 2 months that has culminated into the panic and volatility of this month, leaving a trail of destruction in those portfolios with few, professional managers or not, left unscathed.

As politics threaten to expose cracks in global economies in times when central banks are winding down their liquidity injections into exploding debt markets and there is no more real estate left to bubble for more wealth, we think it is time to talk about hedging but we cannot tell you how.