Why Failure Is an Important Part of Success 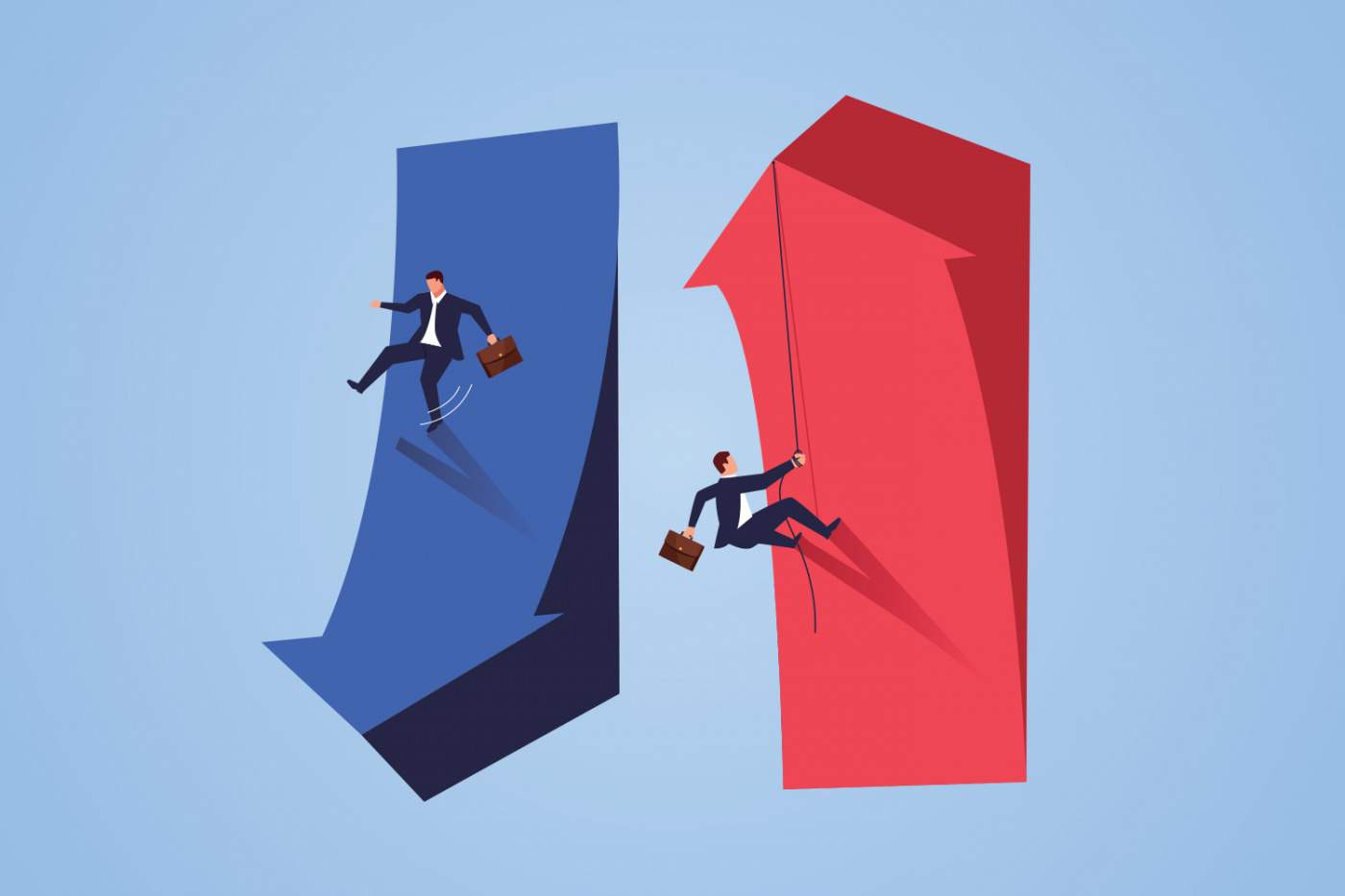 Society has taught us to believe that failure is a noxious disease. We are conditioned to believe that our failures are an indication of our personal incompetence. Therefore, we feel ashamed of our setbacks and try to conceal them. The reality is only a small coterie of people actually succeed the first time, as failure is a natural process of life. Many great people have fallen and risen again just like how mighty empires have been ravaged and then rebuilt. Before many of the most remarkable leaders in history achieved success, they, too, have experienced the crushing blow of defeat.

Bill Gates, one of the most influential leaders of our generation, was one of them. He dropped out of Harvard and his first business, Traf-O-Data, a partnership between him, Paul Allen and Paul Gilbert, which was created to “read the raw data from roadway traffic counters and create reports for traffic engineers” was an abject failure. But Gates took these setbacks in his stride and eventually created Microsoft, the multi-billion dollar company that made him the richest philanthropist in the world.

Thomas Edison, who saw failure as illumination, took that spark and literally gave light to the world. The inventor of the lightbulb failed numerous times before his creation came to fruition. Despite experiencing rejection from his teachers who said he was “too stupid to learn anything” and was made redundant by his first two companies for being unproductive, Edison was undeterred. With gumption and dogged determination, he switched the negative perception of failure: “I didn’t fail 1,000 times. The light bulb was an invention with 1,000 steps.” What matters more is how you rise from a fall, and see that as a stepping stone to future success.

Failure gives you the space to evolve when you conquer it

The only way to better yourself is to constantly evolve. Failure is feedback; it shows us where we went wrong and point us in the direction of self-improvement. The sooner you fail, the sooner you realise that you have the capacity to bounce back and to redefine your circumstances. While people may experience trauma in different capacities like near-fatal cancer, the loss of a child, and other events, some take these disasters as catalysing events and use them to redefine their lives. Psychologists David B. Feldman and Lee Daniel Kravetz chronicle this phenomenon in their book “Supersurvivors: The Surprising Link Between Suffering and Success” by explaining that “these people don’t just grow; they revolutionise their lives”. When our best-laid plans fall apart, we have a choice to re-evaluate the next course of action. Whether we choose to start over again or take a different path, the experiences from our previous attempt will benefit our next endeavour.

Once you fail, you start to grow a thicker skin and you become more resilient towards rejection. This translates to a more fearless approach to life. Be it a difficult conversation with your boss or resolving team conflict at work, you will handle it much better because the outcome does not affect you. Professionally speaking, if you adopt a stubborn fearlessness towards failure, you will naturally be fearless in your social life as well. You’ll take the initiative to form new connections and put yourself out there more without worrying about being turned down. Recognise that failure is an opportunity to test our resilience.

Failure is important because it keeps us grounded

Hubris is like a toxic cocktail that can cause an acute hangover. For ancient Greeks, hubris was an odious crime. Overwhelming arrogance and showboating can lead to destructive choices that can bring both the presumptuous leader and his followers down. It is a reactive disorder that can grow after bouts of unchecked success, leading the person to feel an unrealistic sense of invulnerability. Dr Steven Berglas, an executive coach and corporate consultant based in Los Angeles, believes that failure can check this disease, stopping it from manifesting beyond unmanageable proportions. “Many good people will, under bad circumstances, suffer from hubris, but they tend to recover after toppling from their pedestals shrinks their egos back down to size,” he said. Long-Term Capital Management, a hedge fund management firm founded in 1994, had many capable individuals under its wing. However, the initial success dissolved after the fund liquidated in 2000, and a good part was due to the excessive pride of the management. Thus, failure serves as a bulwark against overinflated egos.

Avoid putting failure on a pedestal

Though ascendancy over failure is seen as a commendable part of the human story, this narrative has now somehow become idealised to the point of glorification. We need to embrace failure but not laud it by putting it on a pedestal. The story of the entrepreneur who overcame failure has become a rite of passage for businesses, worn like a badge of honour. In our exaltation of failure, we find excuses for questionable approaches, flawed ideas and a lackadaisical attitude when it comes to execution. When we use “failure” as a crutch, we are inevitably setting ourselves up for more failures. While knowing when to call it quits is important, it cannot be used as an easy justification for pivoting or changing direction.

By venerating the concept of “failing fast,” potentially great ideas and creativity are obliterated too. This obsession with failure needs to be managed. We should not deliberately set ourselves up to fail, or take reckless risks that we know will jeopardise our chances at success. Obstacles and pain can be a pathway to growth, but we do not need to throw ourselves in front of a speeding train and wait to get hit by taking the notion of “what doesn’t kill me makes me stronger” to the extreme.

The key is to strike a good balance. We should not shy away from failure by regarding it as a fall from grace, nor should we start an overindulgent love affair with it. Failing is a practical tool for betterment, and only when we stop attaching emotions of admiration or fear to failure, do we then have a better chance of success.

Automobiles
Spectre: Rolls-Royce’s First Electric Car Will Be Out in 2023
Culture
Meet the Self-Confessed ‘Con Man’ Who Leads a Double Life
Style
Full Details: Reebok x Adidas Instapump Fury Boost
Insights
Do We Have To Retire and Worry About Living to 100?
Dining
Rang Mahal: Indian Fine Dining With Modern Sensibilities

Invest
Insights
A Look at Singapore’s HENRY (High Earners, Not Rich Yet) Generation
Invest
Insights
How To Get Rich In Singapore?
Invest
Insights
The Triple Whammy of AAA Singapore’s Monetary Policy
Why Failure Is an Important Part of Success
By Dawn Wong
© 2023 High Net Worth All rights reserved.
Privacy Policy | Terms of Service