With or Without Jobs: V, U, L or W-Shaped Recovery 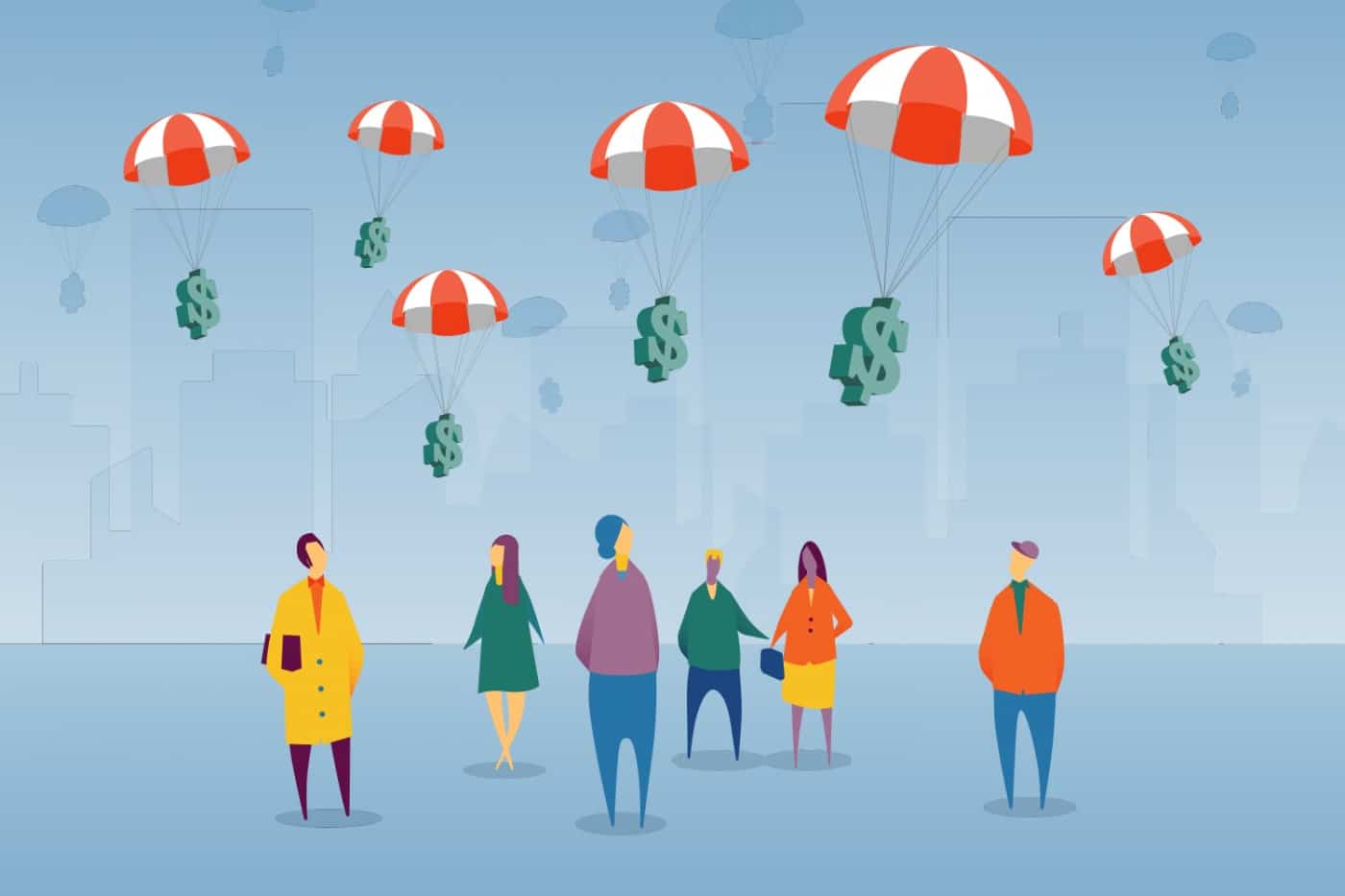 “Wow, have you ever seen so many butterflies in our garden city?” We decided it was best not to discuss the upcoming General Elections with a mother who had to rush out at 9 p.m. to the boondocks of Lim Chu Kang to pick her NSF son on Friday, where cabs are in scarce supply.

The Robinson Crusoe days have ended last weekend and as everyone is rushing out, we rather hunker down for fear of our safety from fellow citizens we cannot seem to identify with—wandering around after lockdown fatigue. We counted 8 out of 10 pedestrians improperly wearing their masks and couples on evening strolls defiantly mask-free, possibly wielding their voting rights in the upcoming GE like a badge of impunity.

Our discussion swings to the false dawns and how the disruption continues in our lives, as we were under the impression that the ice cream supply chain is broken after driving to two NTUC’s for Raspberry Ripple and finding none. NTUC online must be the most poorly stocked online grocer (in terms of daily staples) as compared to their physical outlets. But then a friend sends a photo from NTUC at Square 2, overstocked with our raspberry ripple. There’s something strange going on.

Coming out of the Covid-19 lockdown delirium where days have been blurred, working from home in pyjamas and daily mosquito wars in the neighbourhood (at least three different fumigations each day), our brains are too fogged up to notice that markets have more or less priced in a V-shaped recovery for the economy with the S&P 500 within 10 per cent of its all-time highs.

We have friends who had hung onto their battered portfolios in March, now back to treading water and feeling like champion gladiators, suddenly finding the nerve to plough even more into markets: record-breaking amounts of debt issued, stocks and all.

Oh, come on. Just focus on the pain then. That was our sternest advice to an old friend who accidentally reconnected with an old flame by accepting a friend request on Facebook and instantly regretted when a message came requesting for the mobile number. She left the person hanging, not wishing to be rude. Wait a few months before innocuously un-friending to appear less petty, we suggested.

It is the same for markets—watch for the false dawns and remember the pain.

“It is a rally without precedent—the fastest in this time ever and the only one in the history books that takes place against a background of undeniable economic problems.” Jeremy Grantham on CNBC, on why this may be the 4th major bubble of his career.

We are not here to do a “13 Reasons Why” autopsy because it has not happened yet, but for those holding out for the V (for Victory)-shaped recovery, they should take a deep breath. Crowds are thronging malls and car sales rocketed (according to car dealers we spoke to) the first weekend after CB, but HSBC will resume its plan to cut 35,000 jobs around the world after pausing during the pandemic. Similarly, Volvo will be cutting 15% of its truck unit’s workforce as millions of job losses remain at the risk of becoming permanent.

Is it a V, U, L or W-shaped recovery? We can find someone with a reason for each, and theories to go along with it. Yet there is no reasonable evidence that we are out of the woods till the pandemic ends, we have a vaccine and jobs are restored, which is something not in the near horizon. It is impossible for economic models to forecast the extent of that as well as spillover effects.

For proponents of the V, the sole reason to be optimistic is the sheer magnitude of monetary and fiscal stimulus sprouting out of governments and central banks, over US$18 trillion, 20.8 per cent of global GDP injected into the system over the past three months, in addition to the 134 rate cuts around the world so far this year, according to BofA.

According to their calculations, Singapore ranks 3rd highest in the world, pledging 42.1 per cent of its GDP to its economy through fiscal and monetary stimulus to combat the fallout from Covid-19. Indeed stock markets gained US$1.7 trillion at the end of last week, on the news of fresh liquidity injections of €1.3 trillion into markets and the Fed’s announcement that they would start buying corporate debt.

For all that and expectations of future bazookas should the picture go awry, the logical conclusion would be the V-shaped happy ending with life going back to normal and growth picking up, if not exploding once the pandemic is behind us.

We had exploding bond sales, nearly US$2 trillion, as reported by Bloomberg, just as we are preparing for an avalanche of corporate loan defaults out of retail, healthcare and energy sectors as airlines seek bailouts from their various governments leaving those “transatlantic” companies like Virgin Airlines in the lurch.

The New York Times reports that US experts expect “at least 66 cases with more than $1 billion in debt this year, eclipsing 2009’s mark of 49. He also predicted 192 bankruptcies involving at least $100 million in debt, which would trail only 2009’s record of 242.” For the record, cases over a billion dollars are classified as mega bankruptcies and those with at least 100 million are known as large bankruptcies.

The blunt tools of government and central bank interventions cannot be expected to save zombie companies that have existential issues even if it can tap on government aid to stave off creditors for a little longer as “many companies had so far managed to put off bankruptcy by amassing cash and conserving it as best they can: drawing down existing credit lines, furloughing workers, delaying projects and taking advantage of federal and state pandemic-relief programs. But when those programs expire, the companies will start burning through their cash. That’s when bankruptcy filings are likely to soar and stay elevated,” according to bankruptcy expert, Robert Keach, a director of the American College of Bankruptcy.

For those companies under jurisdiction, where government aid is scarce or impossible, we see Latin America’s largest airline holding company, LATAM Airlines, filing for Chapter 11 last month and many others in emerging markets suffering the same fate which threatens to become an EM crisis if left unchecked. It has largely gone ignored so far, as the Covid-19 pandemic still rages on leaving their economies hanging such as Brazil, which is still struggling to contain the world’s second-largest outbreak and India, which has just decided to extend lockdowns in some states till July 31.

At the individual level, developed nations are able to directly subsidise their citizens, a luxury many emerging market countries cannot afford. In Singapore, the luxury extends to wage subsidies of up to S$4,600 per employee in a Jobs Support Scheme, with a hefty sum dedicated to re-training and re-employment which is extremely forward looking, in our opinion, given the massive uncertainties the global economy will face once the fears of the virus are behind us.

As it is, even with the government support cheques, 30 per cent of Americans missed their housing payments in June and FT describes many an American living on a “knife edge,” knowing that once the cheques stop coming, they will be faced with a personal financial reckoning that is pretty hard to estimate at this point. That much can be said for millions of workers out there even in Singapore because scanning temperatures cannot be a career aspiration as robots are slated to be doing those jobs soon.

It is really all about saving jobs right now, to keep folks off the streets and who knows how many people around the world are participating in the “I can’t breathe” protests as a protest against their own lives too.

And people will shape the recovery, as we said in April, that human decency is needed to fight the fallout of the virus, for every job retained or created, every bit of help we can muster to give back to society to make sure we come out of this together.

China and Singapore will probably emerge top, really, because centralised control plays an enormous role. Chinese regulators are asking banks to forego US$211 billion in profits to help boost the economy, which is a directive from the top whilst Singapore’s pandemic budgets have been all about planning for the future of jobs and job creation.

The answer really depends. And it will be predicated on the weeks and months ahead as the world emerges from lockdown, with or without jobs, and thankful for the two blocks of Raspberry Ripple we finally managed to procure from the ice cream vendor on the street.

Invest
Insights
A Look at Singapore’s HENRY (High Earners, Not Rich Yet) Generation
Invest
Insights
How To Get Rich In Singapore?
Invest
Insights
The Triple Whammy of AAA Singapore’s Monetary Policy
With or Without Jobs: V, U, L or W-Shaped Recovery
By Ed Chan
© 2023 High Net Worth All rights reserved.
Privacy Policy | Terms of Service