Buildings That Make Us Proud To Call Singapore Home 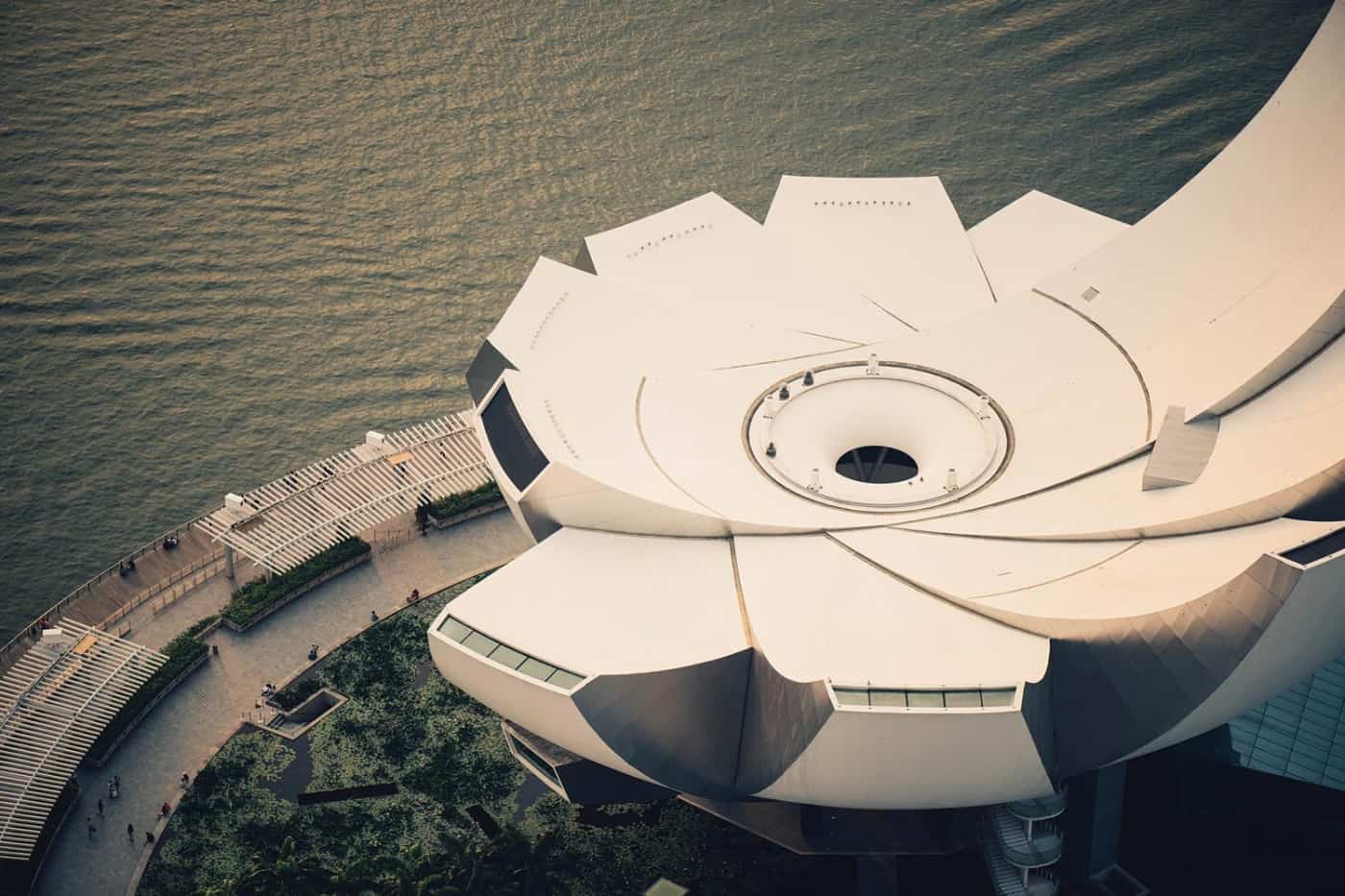 Singapore’s architectural landscape is both a feat of modern engineering and design, as well as a living, breathing capsule of the past. While the prodigious Marina Bay Sands and the vibrant Clarke Quay have continued to captivate countless tourists, they provide but a tiny taste of Singapore’s melting pot. Each piece of the Singapore panorama has its own distinctive character and together, they form a monument of our cultural heritage. Here are some of our favourite buildings that are uniquely Singapore.

The Red House at Katong is so named due to the chilli-pepper-red façade of the shophouse. Previously home to the Katong Bakery & Confectionery before it closed in 2003, the building has since been repurposed as a new setting for the Heavenly Wang Cafe. You might be familiar with the Wang Cafe chain, which appropriates an old-time Singapore sensibility for both its design elements and menu. If you look beyond their kopi offerings and nostalgic tiled floors, you soon realise that the commodification and mass-marketing of the Nanyang hawker style is an exercise in gentrification—a phenomenon the area has not been immune to. Indigenously, Katong was the terrain of Singapore’s Peranakan and Eurasian communities. Thanks to conservation efforts, peers of the Red House continue to flank East Coast Road, adorned in the intricate Peranakan-style architecture and bold colours. Today, Katong is a hip neighbourhood bursting with quaint boutiques and artisan cafes, and remains to a vibrant part of our red dot.

Europe might the location of choice for cathedral-hopping, but Singapore has a contender of its own. Standing in front of St. Andrew’s cathedral, eyes travelling up the edifice, one is struck by the grandeur of the structure. What it lacks in size it makes up for in sheer presence, and upon crossing the threshold once feels as if they have stepped into a vacuum of silence and awe. Built in the Gothic style, St. Andrew’s Cathedral is the longest-standing Anglican cathedral in Singapore and was gazetted as a national monument in 1973. The trademark characteristics of Gothic architecture—tall spires, vaulted ceilings, flying buttresses, pointed arches—are all exemplified in this relic of our colonial past. Of course, the Cathedral is more than a relic—worshippers continue to congregate there every week, proving the enduring quality of solid design. You might be struck by how well-maintained the Cathedral is despite its age, with its glass windows having retained an almost iridescent gleam. Another interesting feature of Gothic churches to look out for is the cruciform shape: Gothic Cathedrals look like a cross from the top, with a vertical walkway (the nave) and wings (the transepts) branching out from either side, symbolising the cross of Jesus Christ.

This list wouldn’t be complete without a reference to at least one feature of Marina Bay Sands. Upon considering starchitect Moshe Safdie’s composition, comparisons to the lotus flower immediately come to mind. The framework of the building resonates deeply with its purpose: to marry art and science. Having earned itself the moniker of “the welcoming hand of Singapore,” the building’s ten irregularly-shaped petals resemble an outstretched hand from above and allow natural light to shine into the rooms. Like The Hive, the Museum was awarded Singapore’s Green Mark for its sustainable features: the flower’s roof also allows rainwater to enter into a small pool at the bottom floor, forming a water feature that is both decorative and functional, with some of the water being used in the museum’s bathrooms.

Adjoining the Museum is Singapore’s Louis Vuitton flagship store, the first of its kind to float on water. Its glass façade and sideward-leaning asymmetrical steel frame have made waves among design enthusiasts everywhere. While the building is a visual spectacle, its designers also had to balance practical with aesthetic considerations—a building covered in glass in sunny Singapore is prone to overheating. The solution was to install sleek white solar shades, which provide UV protection while keeping with the tone of nautical elegance.

The Hive is the latest addition to Nanyang Technological University’s (NTU’s) rolodex of unique structures, joining the ranks of the School of Art, Design and Media (three intertwining blocks that cascade over each other in a wave of lush greenery) and the Chinese Heritage Centre (a standing testament to NTU’s time as ‘Nantah’ and gazetted as a National Monument in 1999). Dreamt up by UK designer Thomas Heatherwick, who also designed the London Olympics Cauldron, the charm of the building lies in its curvilinear aesthetic which makes it seem like it was plucked out of a postmodern film. The Hive has also been nicknamed ‘the dim sum building’ for its structural resemblance to the round bamboo baskets that are a hallmark of dim sum restaurants, stacked atop each other in a conical fashion. Gone are the four walls and linear dynamic of the classroom: the tutorial rooms inside the building are circular and oblong, and chairs are seated around round tables that promote the 360-degree use of the room. Comprised of eight towers of eight storeys, the building is not just an architectural oddity, but is also equipped with energy-saving features, which won the Green Mark Platinum Award from Singapore’s Building and Construction Authority (BCA). It’s even become something of a trend for NTU college sweethearts to adopt the campus as the backdrop of their wedding photoshoots.

Another repository of art that stands as a work of art in itself, the National Gallery comprises the historical former Supreme Court and City Hall buildings and has played a seminal role in our nation’s independence. It was in the City Hall chamber that Singapore’s national flag and anthem were unveiled in 1959, and it was on City Hall’s steps that our first Prime Minister Lee Kuan Yew read the Proclamation of Malaya, marking the end of the colonial era in Singapore and ushering us into the age of the Federation of Malaya. The current logo of the National Gallery is a creative expression of the austere aesthetic that many gallerists prize, a stripped-down version of the silhouettes of the Supreme Court and City Hall, with two rectangles mimicking the proportions of both buildings. The compound is now the National Gallery, which houses the largest public collection of modern art in Southeast Asia, and is rapidly becoming a heavyweight in the regional art scene. It has also retained the majority of its interior architectural features in a colonial style and makes for a fascinating afternoon if you’re looking to enrich your mind.

Insights
Is Co-Living a New Way to Build Communities?
Features
What It’s Like To Suffer From An Eating Disorder
Automobiles
5 Electric Vehicles That Are a Thing of the Future
Insights
A Hard Look at the Maturing SReit Market
Insights
Stagflation: What Is It and Why Should Investors Care?