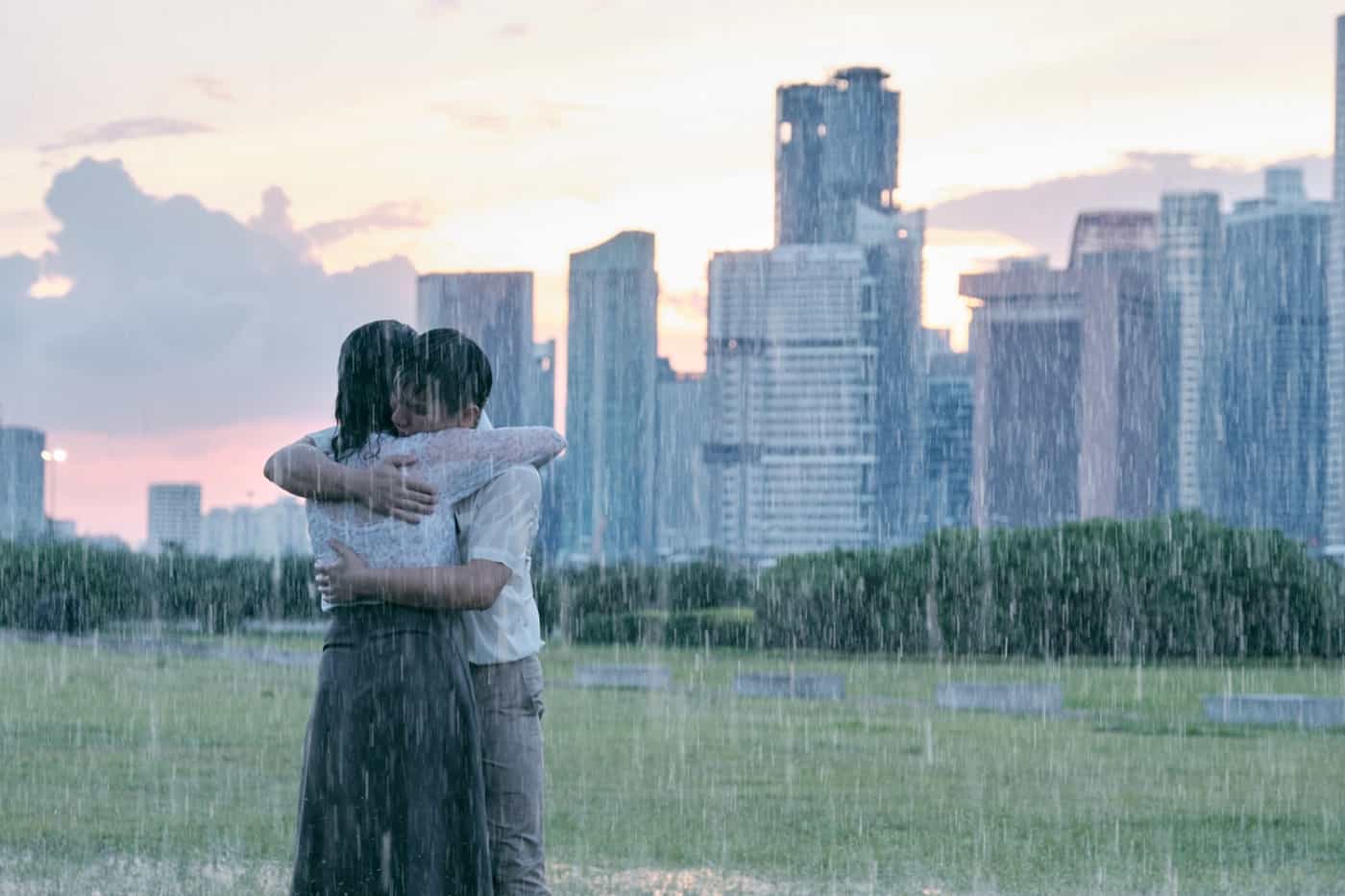 Anthony Chen’s second feature film Wet Season has been much talked about after garnering six nominations at the 56th Golden Horse Awards: Best Narrative Feature, Best Director, Best Leading Actress, Best Supporting Actor and Best Original Screenplay. Based on his track record, Chen is no stranger to awards or the limelight. In 2013, he was the first Singaporean to win the Palme d’Or at the Cannes Film Festival for his debut film Ilo Ilo, which received a 15-minute standing ovation during the premiere.

One of the main pillars of Chen’s success is his precision and attention to detail. Pedantic by nature, his films capture the setting and culture of Singapore with a conscious sensibility and realism. From its fluid multilingualism, to its educational rigidity, to its sterile yet green landscape, the film spares no detail. Every photograph, curtain, chair, costume is chosen meticulously to reflect the world that his characters inhabit.

The two protagonists, Wei Lun and Ling played by Koh Jia Ler Koh and Yeo Yann Yann, first acted as mother and son in Ilo Ilo. And now the pair embarks on a strange, complicated entanglement in Wet Season. The narrative places the people who get left behind at its centre and explores how loneliness pushes people together in strange yet heart-warming ways. Their acting is phenomenal with a palpable chemistry that is nuanced enough to create intrigue. There’s something about Wei Lun’s gaze that belies the intensity and complexity of his feelings for Ling as both a source of motherly care and an object of desire.

Wei Lun, a young school boy with absentee parents, seeks comfort and guidance from his Chinese teacher, Ling—whose life consists of quiet solitude as she struggles with IVF treatment. While her emptiness fills the screen, the growing connection between her and Wei Lun becomes a point of hope. The beginning of their friendship is marked by the impromptu sharing of durians in an after-school tutoring session. As Ling splits the fruit, it is almost as if she is peeling away the constrictions of formality and cracking open their rapport. What comes out of that is a beautiful moment of connection.

The innocent nature of their fledgling relationship develops in an uplifting manner, as you witness both parties get the attention and affection they crave—each filling a void that is missing in the other person’s life. Consequently, the parallel between Ling’s inability to have children and Wei Lun’s non-existent parents seem like two parts coming together; the fitting of puzzle pieces that reveal an otherwise compelling picture. Wei Lun instantly connects with Ling’s father-in-law over a shared meal, while she shows support by attending one of his wushu competitions. As they celebrate his win, an image of a contented ‘family’ leads you to question the roles we play in people’s lives, and how easy it is to mistake a strong sense of kinship for a warped sense of sexual intimacy.

What is beautiful, masterful even, about Chen’s films is his ability to capture and distil the essence of that confusion and how it unravels. Those tensions are explored not through dialogue but in the unsaid. The deterioration of Ling’s marriage is conveyed by the cutting silence, while her affection for her father-in-law is demonstrated through attentive acts of service.

To show love is much harder than simply telling. But Chen is able to depict the tumultuous emotions that hide in the underbelly of his characters’ layered behaviour with gripping authenticity, by opening a window for you to peer into their lives. The build-up of each character is done through their routines and what they don’t receive—recognition, attention and love. Chen then bottles the complicated feelings of pain, anger, and quiet desperation and spills it all over the screen—only to be soaked in by the viewer.

Utilising all the elements of narration to convey the subtleties of their daily anguish, Wet Season is very much Chen’s take on pathetic fallacy; the weather reflecting Ling’s inner struggles and frustrations. The title itself is metaphorical—rain torrents down yet Ling remains outwardly stoic throughout her husband’s dismissal and infidelity. There’s also an unshakable melancholic and maudlin tone highlighted by the colour palette of blues and greys; watery frames that parallel Ling’s hidden sadness during this tumultuous season of loss in her life.

Seasons change, and Chen reminds us of that in the last scene when Ling arrives at her mother’s house. As she takes down the laundry, the clouds drift away to reveal sunlight, filling the screen with golden hues. Ling basks in the warm afternoon glow, and even though little is resolved, there is hope in the air.