Is This the Dawn of a New Age for Asians in Hollywood? 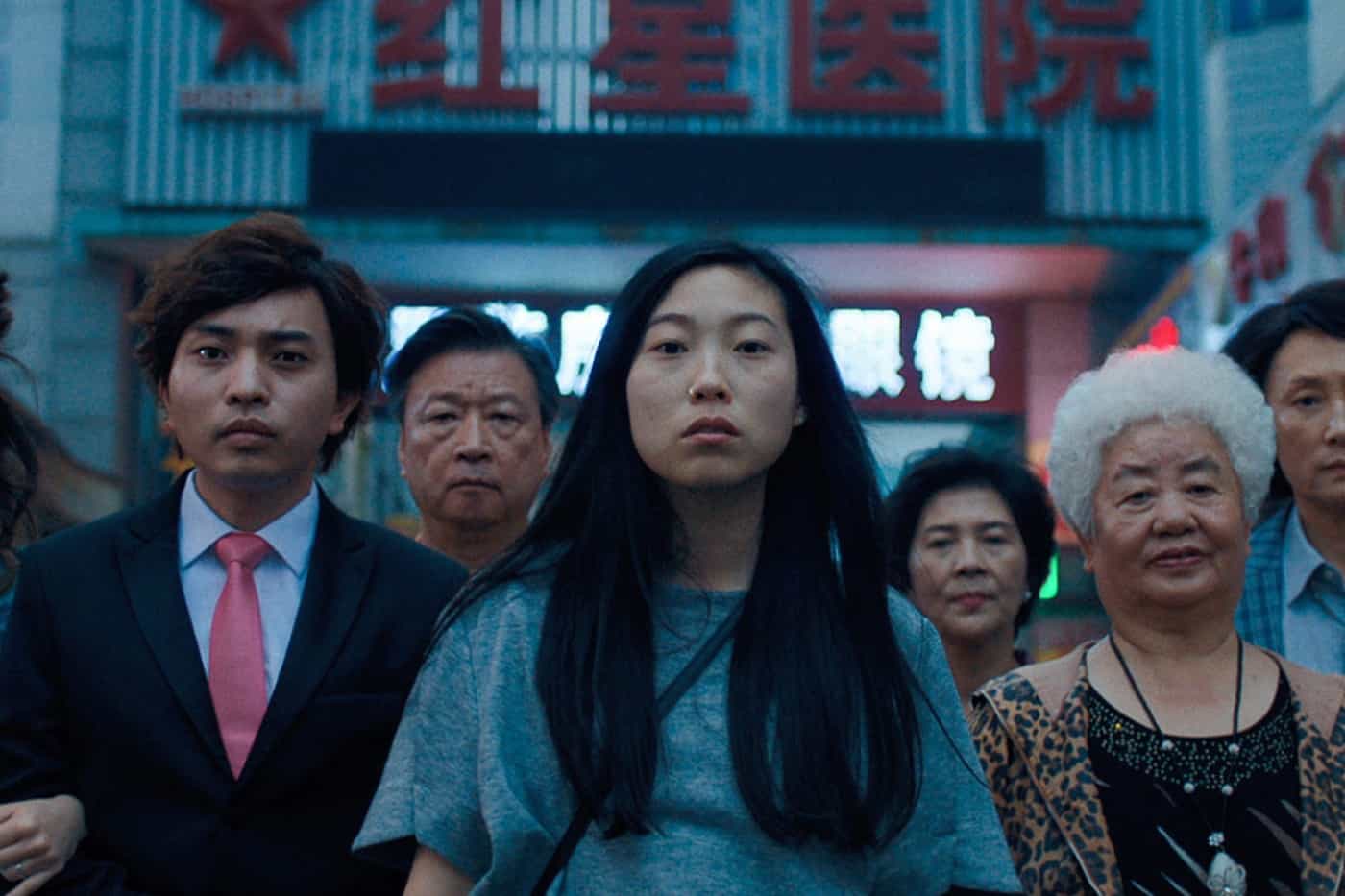 History was made when Awkwafina became the first ethnically Asian woman to win a Golden Globe Award in a lead actress category, beating out veteran thespians like Cate Blanchett and Emma Thompson for her performance in The Farewell. Born to Chinese and Korean-American parents, the 31-year-old Queens native rose to fame in 2012 when one of her rap songs went viral. Two years later, she found her way into television by appearing on MTV’s Girl Code as herself. She also played the ever-reliable Peik Lin in the massive hit Crazy Rich Asians and a pickpocket in Ocean’s 8.

For those unfamiliar, The Farewell, written and directed by Lulu Wang, is a fitting film to break the glass ceiling as it gives the world an insight into the lives of Asian Americans. It’s about the strange no-woman’s land that second and third generation immigrants inhabit— caught between different beliefs and values. The film also captures inner conflict and family turbulence with a signature A24 romantic lens.

By and large, there is a lack of Asian presence in Hollywood, rendering their perspective invisible or ignored. As such, Asian men and women (lucky enough to break into the industry) are often reduced to playing supporting roles, serving only to add a dash of colour to the white protagonist’s journey. We have seen Ken Jong in countless comedies, Lane Kim in Gilmore Girls, Karen Fukuhara in Suicide Squad, Helen Cho in Avengers: Age of Ultron. Even when leading roles are designed by and for Asian actors, whitewashing occurs. Remember the outrage and controversy when Scarlett Johansson was cast as Major in Ghost in the Shell or when Emma Stone played a character who was of mixed Asian and Hawaiian descent?

It is only recently that the Asian American experience has been elaborated on, and given the spotlight—allowing more Asian actors to take centre stage. Shows like Fresh Off the Boat and Kim’s Convenience Store, as well as films like Crazy Rich Asians and To All the Boys I’ve Loved Before are the dawn of a new age for Asian American stories.

Hollywood is also starting to dish out recognition. In 2018, Sandra Oh killed it as the lead in Killing Eve, becoming the first woman of Asian descent to win the Golden Globe Award and the Primetime Emmy Award for Best Lead Actress in a TV Drama. Similarly, the Korean film Parasite directed by Bong Joon-ho has been sweeping up awards right, left and centre. It won Best Foreign Language film at the Golden Globes 2020. And during his acceptance speech, the director made a jab at the audience. “Once you overcome the one-inch tall barrier of subtitles, you will be introduced to so many more amazing films.”

Parasite is also the first Korean film to win the Palme d’Or at the 2019 Cannes Film Festival, the first foreign-language film to win the top prize in the history of the Screen Actors Guild Awards, and the first foreign language film to be nominated in the illustrious category of Best Picture at the Oscars this year. If you haven’t watched the movie, it is a brilliant portrait about class struggle. But here’s the thing. Is the movie genuinely lauded for its body of work? Or is there tokenism at play here?

Films like Joy Luck Club were once popular but it never garnered the same accolades Asian-centric films are currently getting. Perhaps the recent shift is linked to second and third generation immigrants growing up in a time where the conversation about being different and multi-cultural is valued. Past static notions of identity are transforming, necessitating wider and more nuanced storytelling. But the plea for diversity is one that has yet to be heard by the BAFTAs and the Oscars.

At the BAFTAs this past weekend, Joaquin Phoenix took a bold stand on the inherent bias that the awards demonstrated by saying, “I think that we send a very clear message to people of colour that you’re not welcome here.” He also added that “I don’t think anybody wants a handout or preferential treatment—although that’s what we give ourselves every year. People just want to be acknowledged, appreciated and respected for their work.”

Phoenix has hit the nail on the head regarding the politics that surrounds this conversation. Some are apprehensive about the call for diversity because it might defeat the notion of an award. This nonsensical argument is framed by the supposed desire to uphold meritocracy; that we cannot simply award actors ‘handouts’ as Phoenix referenced. But this logic implies that the structure of the system is currently based on merit and not already riddled with preferential treatment for actors who get nominated time and time again. Case in point: Scarlett Johansson was nominated in two categories and Margot Robbie twice in the same category at this year’s BAFTAs.

Having diversity in the film industry is about recognising that the voices and stories of the marginalised are just as important and deserving as the majority’s. There is a very important difference between having diversity as a “criteria” to fill the quota (just for the sake of it), and understanding that there is an inherent bias that’s been built into the system of how we perceive commendable work. In the BAFTAs, for example, all the nominations for actors this year were white, while all the directors were male. Why? Because the members voting in the main categories may not have seen all of the eligible films. An LA Times survey conducted in 2012 found that the average Oscars voter was a 63-year-old white man.

Although changes have been made to address the issue, with the membership requirements to vote being adjusted, the system still seems to have some form of underlying favouritism. If we acknowledge that the Hollywood Foreign Press Association, the Screen Actors Guild, the British Academy of Film and Television Arts, all have this predisposition, then should we even trust them as bona fide accolades of talent? Do awards really mean anything?

To write off all awards shows would be drastic. They are symbolic and have an important placeholder in cultural life. Their widespread audience and influence cannot be challenged. The power that they have to shape people’s perceptions and foster an open, inclusive community for creatives should also come with a responsibility to ensure that all walks of society are being acknowledged for their craft.

To close ourselves off to the breadth of talent by people from different backgrounds would be a great disservice to storytelling. It would also deprive the industry of the many colours and dimensions that the human experience has to offer. As one of the dominant mediums of entertainment, films have the ability to create empathy and acceptance in an increasingly fractious society.

With Awkwafina, Sandra Oh, and Bong Joon-ho gaining more acknowledgement and recognition, it is certainly a step in the right direction. However, don’t mistake it as a panacea for the longstanding marginalisation in the entertainment industry. If this is a sign of things to come, it may not be long before we see an actor or a director of Asian descent take home an Academy Award.

Insights
Crazy Rich Asians: How A Good RM Can Save Your Life
Insights
Women in Singapore Still Held Back by a Lack of Flexible Working Options
High Profiles
Johnny Manglani
Features
Jamie QianQian Wu on Motherhood, Social Media, and Finding Her True North
Dining
The Spot: Go Straight To The Sauce

Spend
Culture
Inside Johnny Two Thumb Tattoo Studio with Jaws
Spend
Culture
Cynthia Koh on Being Alone, Social Media Fame and Negativity
Spend
Culture
What Has Social Media Done to Us?
Is This the Dawn of a New Age for Asians in Hollywood?
By Nikki Wong
© 2023 High Net Worth All rights reserved.
Privacy Policy | Terms of Service