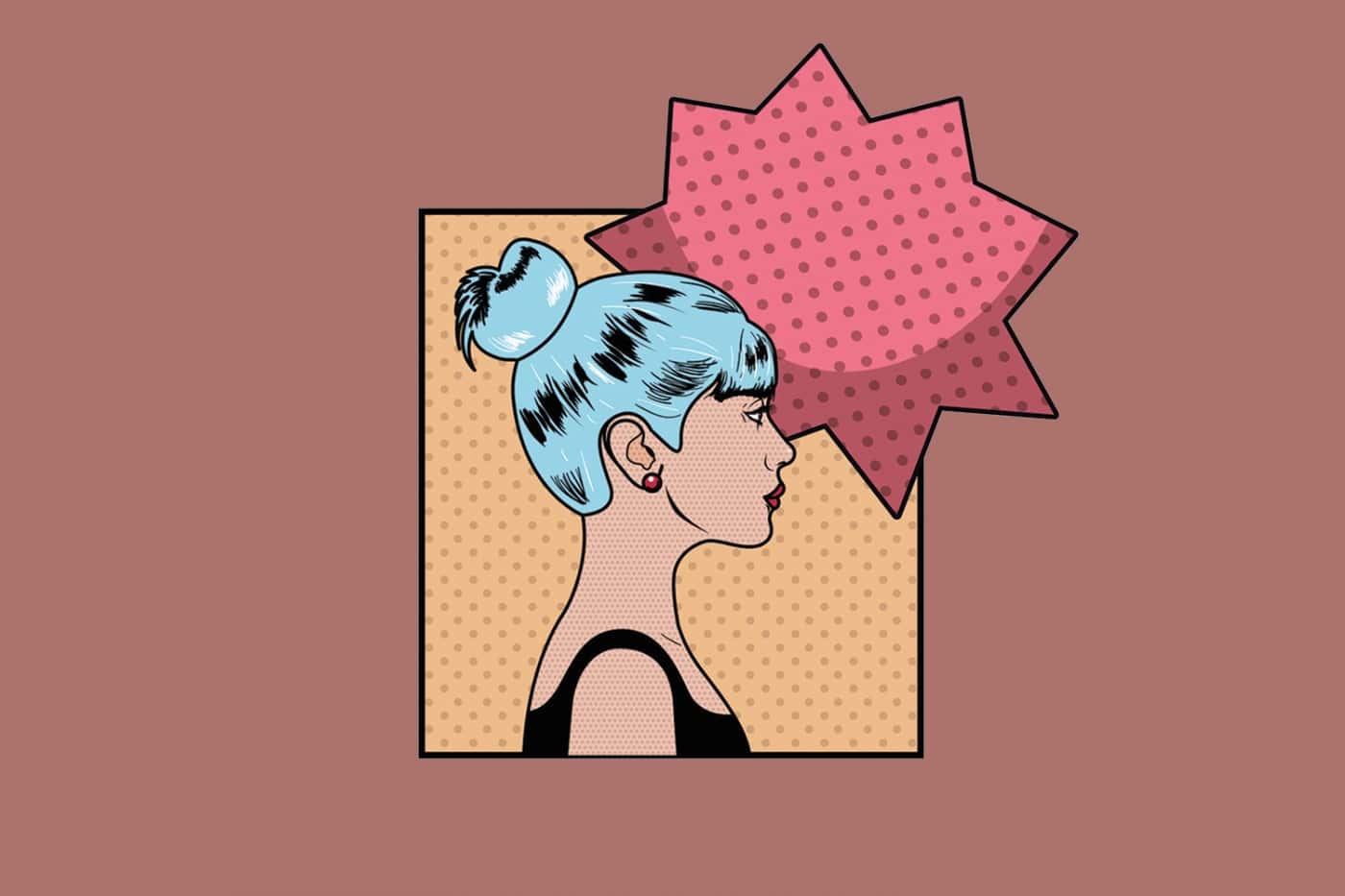 Swag. Bae. On fleek. These terms may sound pretty new to you, but to the millennials and teenagers from Generation Z, they’re already considered outdated. If any of these words escape your mouth, you’ll probably be met with cringes rather than fist bumps. To avoid making the same mistake as Subway Canada when their use of “bae” fell flat on social media, get acquainted with the latest vernacular—here are 20 new words, phrases and acronyms. We even teach you how to use them in a sentence.

Meaning: Usually said as an exclamation, this slang word directly translates to “I swear”. It’s a way to show that you’re serious about something and you mean what you say. It was invented and popularised by the Kardashians, and comes from the concept of swearing on the Bible in court.

Example: “This is the best pizza I’ve ever had. Bible!”

Meaning: This is a hyperbolic adjective to describe your extreme amusement to something so hilarious you could practically die from laughter. An alternative spelling for the word is “ded”.

Example: [In response to a funny video or meme] “LOL I’m dead.” Or just a simple, straightforward, “Ded”.

Meaning: A noun that refers to an attractive person, someone who is a perfect 10 if you rated them on a scale from one to 10. You can also say that someone is a “dime piece” as an alternative to saying they’re hot.

Example: “That girl’s a dime.”

Meaning: Inspired by Canadian rapper Drake and the emotional songs he makes, draking refers to the feelings of sorrow, poignancy or loneliness, especially when listening to a sentimental tune. It can also describe when someone is acting emotionally.

Example: “I’m sorry I drunk dialled you last night. I was draking.”

Meaning: A verb or noun that refers to the act of boasting, it is associated to the act of flexing your muscles in public to show off your level of fitness. It extends into the phrase, “weird flex but okay”, which describes when someone is bragging in a questionable manner. For instance, if you boast about being a long-time virgin, someone may respond with “weird flex but okay”.

Example: “I don’t mean to flex but I just chugged three bottles of beer in a row and I’m still walking straight.”

Meaning: Remember Paris Hilton’s catchphrase, “that’s hot”? This goes up a level to describe how amazing something is, or how excited you are about something.

Example: “That sandwich is fire.”

Meaning: When someone glo’d up, it means they transformed from an ugly duckling into a beautiful swan, becoming incredibly attractive especially after puberty. It’s a play on the phrase, “grow up”.

Example: [In response to a stunning before and after picture] “The glo-up is real.”

Meaning: This is an acronym for Greatest Of All Time, originally used to describe athletes.

Example: “Jack White is the GOAT.”

Meaning: Instead of saying “that’s cool”, you can say, “that’s Gucci”. Besides describing how desirable or fabulous something is, it can also be a positive form of acknowledgement that replaces “great” or “okay” with “Gucci”.

Meaning: This is the short form for 100% (a hundred percent). It can be used as a response when you agree completely with something someone said, or to indicate that something is factual or for certain. It is also a synonym for “totally” or “definitely”.

Example: “I’m about to fail this test, hundo p.”

Meaning: This is an acronym for Joy Of Missing Out. It is the opposite of FOMO (fear of missing out), and means that you’re happy to miss a party and savour some alone time.

Example: “Are you going to ZoukOut?” “Nah, I’m JOMO-ing tonight!”

Meaning: Another way to say, “keep it real”, it is about having integrity, being genuine with others and true to yourself. It can also refer to destinations that you can always count on to be eternally idyllic. In text messages, the “100” is often replaced with the red 100 emoji with two underlines.

Meaning: This is an expression that indicates you relate to something, someone or a situation. To emphasise the intensity to which you relate to it, you can say, “big mood”. The word is used also as a caption for a picture, video or meme that expresses what you’re currently feeling.

Example: “Marie Kondo subtly insulting someone with a smile on her face is my big mood in 2019.”

Meaning: This is an acronym for Open Crib. It is code for, “My parents are not home. Let’s have a party.”

Example: “I’ve got an OC this Saturday. Bring food.”

Meaning: It’s an adjective to describe when something or someone is perfect or attractive in appearance. It may have originated from the idea that when a pair of shoes, for example, is highly desirable, it will be snatched up in no time.

Example: “That outfit is snatched.”

Meaning: This is an adjective of a person who is physically fit with large, well-defined muscles. It is adapted from the word, swollen, which describes the puffed up appearance of bulging muscles.

Example: “That dude is swole.”

Meaning: To spill the tea is to gossip or disclose juicy details—a phrase linked to the concept of women gathering and gossiping among themselves over a cup of tea. If you start a sentence with, “no tea, no shade”, it means you’re not trying to gossip or disrespect anyone in revealing the following information.

Meaning: Derived from the word, “thick”, it’s a term that describes a woman’s curves and her hourglass figure, celebrating larger women in particular. It is also used to promote self-love and embracing bodies of every shape and size.

Meaning: It’s an expression to show that you’re extremely excited about something. It originates from the idea that when something crazy or shocking happens, you’re so taken aback that your wig falls off your head.

Example: [In response to an exciting announcement] “You just snatched my wig”, “My wig is orbiting in outer space”, or “Whoa wig!”

Meaning: This is an acronym for You Know The Vibes. It is used to express a mutual feeling in a typically positive situation.

Example: “Chilling at the beach this weekend, YKTV!”