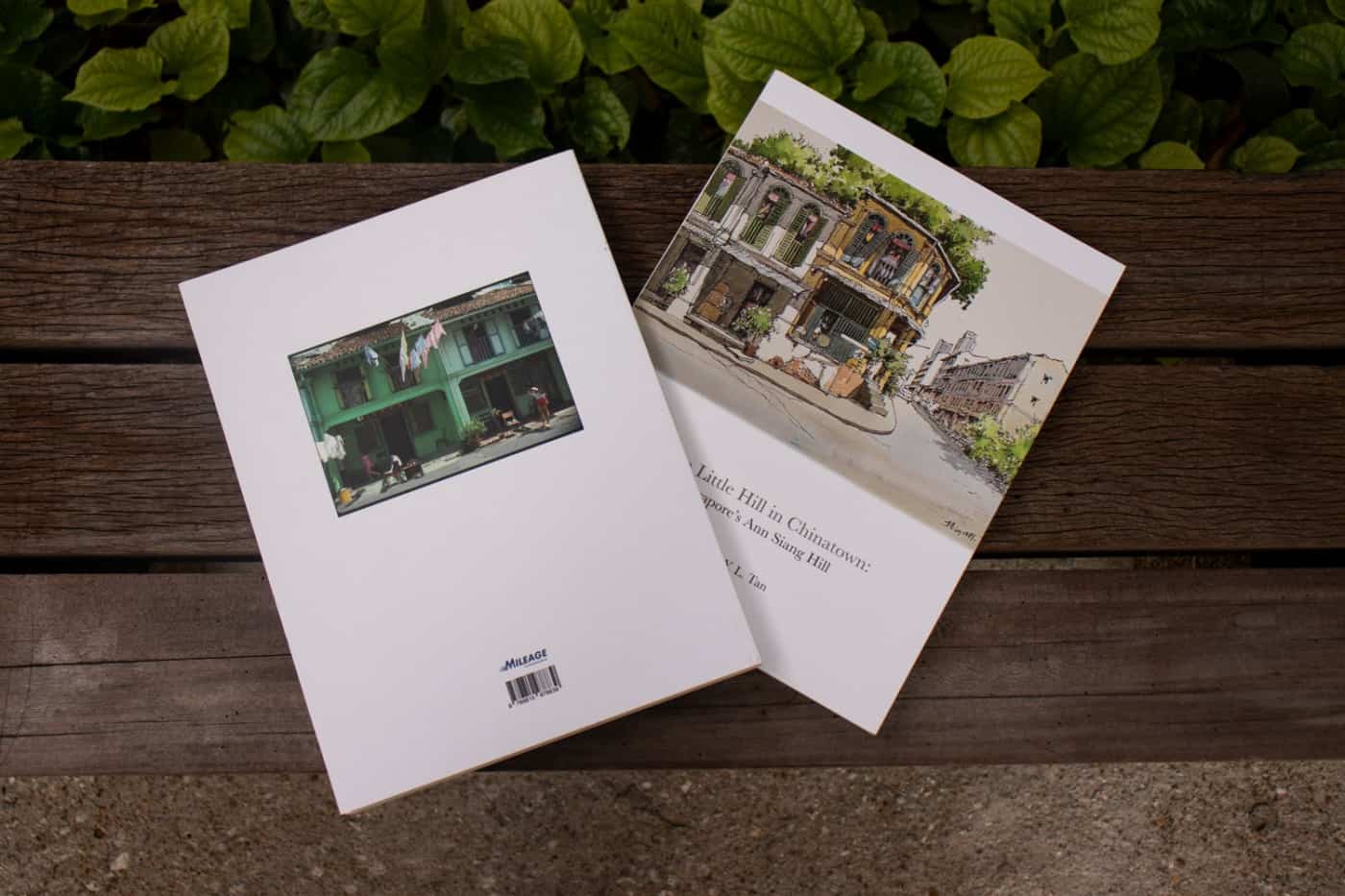 On a Little Hill in Chinatown: Singapore’s Ann Siang Hill is the first definitive book that captures the history and soul of the Ann Siang Hill neighbourhood. Published by Mileage Communications, Singapore’s leading PR agency with regional offices, the book was made possible by sponsorships and donations from businesses and residents in the vicinity as well as government agencies.

Peppered with vivid photographs, the 206-page book charts the development of the Ann Siang Hill neighbourhood from colonial to contemporary times and promises to enthral any heritage enthusiast. In recent years, the Ann Siang Hill neighbourhood has become a hotspot—attracting herds of tourists, artists and locals who wander around in search of nostalgia and history. Back in the day, the area has been home to many immigrants, guilds and various businesses, such as Hoo Ah Kay, better known as Mr Whampoa—whose family lived at Liberty House on Club Street.

The book cover features an illustrious painting by Loy Chye Chuan, a self-taught artist and painter who uses watercolour as an artistic form of expression. His work not only captures the heritage spirit, but also embodies the essence of the book.

The launch party was held at JTResi’s head office, a stunning three-and-a-half storey conservation shophouse. Hosted by Jerry Tan, who is the founder of JTResi, the event was attended by various contributors, sponsors, past and present residents, as well as business operators. The reception was catered by Da Paolo, who is one of the sponsors of the book.

Mr Yap Boh Tiong, Group Chairman of Mileage Communications, gave a speech on how the book came to be—a process that lasted over three years, and acknowledged the various parties involved in the creation of the book.

Guests at the book launch

When asked about why he decided to embark on this project, Mr. Yap shared, “When Mileage relocated at 52B Club Street 23 years ago, the area had an interesting ambience and history, but there was scant literature on it. This is a book for Singapore, driven by the efforts of the community, who have supported this endeavour with their generous sponsorships and contributions.”

On a Little Hill in Chinatown: Singapore’s Ann Siang Hill is priced at $53.50 (inclusive of GST) and is available at Books Kinokuniya and Mileage Communications.