This Is How We Would Cast Singapore Social 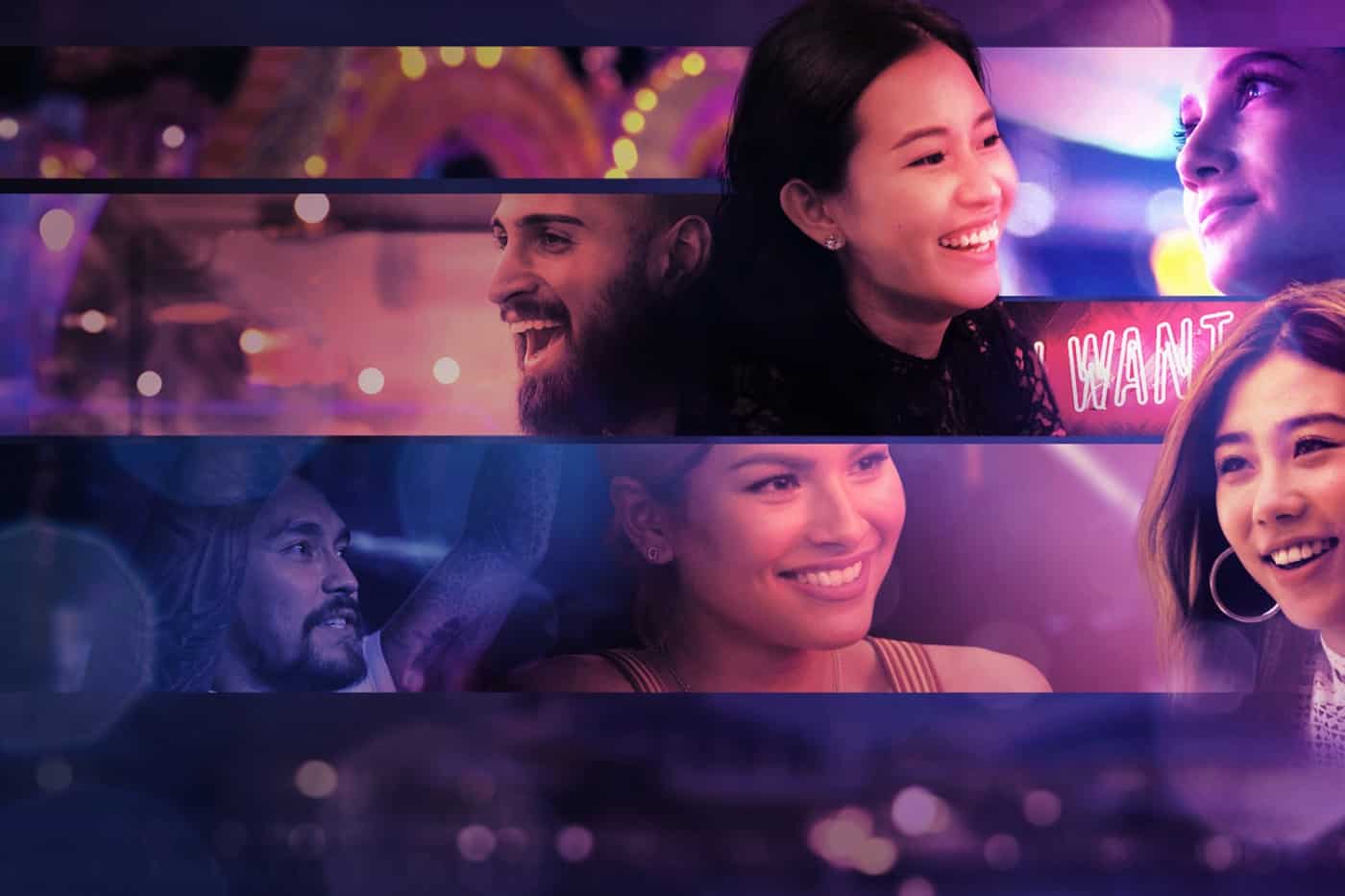 Why do people indulge in reality TV shows? Because they’re trashy and unapologetically so. Singapore Social, a reality show on Netflix that features Paul Foster, Tabitha Nauser, Sukki Singapura, Nicole Ong, Mae Tan and Vinny Sharp, however, is anything but that. The common theme among the criticisms the show has received seems to run along the lines of the lack of relatability. The cast isn’t Singaporean enough. The ladies are putting on an American accent. Where are all the la’s and lor’s?

Clearly made and marketed towards a global audience—one whose sole connection to Singapore lies in a single viewing of Crazy Rich Asians, Singapore Social isn’t a failure because of the cast’s inability to resonate with local viewers. It fell flat because it’s bland. If anything, it captures the sterility of our nation, which happens to be the least happy in the world. Much of its drama is pedestrian and far from sensational in reality. Sans the intensity of the background music and camera movement, the most gripping and provocative scenes lose their allure. There is nary a make-out scene in sight. Neither did we witness a truly vicious, meme-worthy catfight.

Tabitha’s post-break-up confrontation with her ex/manager, Adam, could’ve been a gateway to a shouting match, but all we saw were two full-grown adults keeping it together, behaving sensibly, and talking about how much they love and respect each other through stoic sniffles. Wholesome, but not what we came for. Even in the moments when Nicole turned on the waterworks, they’re rarely ever followed by a heartfelt outpour—one that could offer us a peek into her inner life and the most vulnerable thoughts that plague her mind. Frustratingly, we’re not given any climaxes or resolutions.

It’s obvious that many aspects of the cast’s lives—which tend to be the juiciest, most intriguing bits—are off-limits to the show, making it feel like something’s missing. Everyone, in particular Paul and Tabitha, also follows a rather PC code of conduct, engaging in placid gossip and ruffling as few feathers as possible. When the most brazen and contentious character in a reality show is a secondary cast member (in this case, it’s Cristina, Vinny’s ex-girlfriend), you know the show has flopped. And that brings us to our solution, a remake of Singapore Social with a new group of personas that we’d rather watch.

If We Could Recast Singapore Social…

The Elevator Pitch: Imagine a professional weirdo, a self-proclaimed “very rude” blogger, an ENTP motormouth, an Internet queen of sass, and a drag icon walk into a bar. A cocktail of hilarity and drama ensues.

We need louder personalities who are not afraid to ham it up for the camera, even if it means faking a storyline or two. The Hills has done it. Why not us? If the production house is insistent on sticking to the truth, the featured celebrities have to at least lead thrilling, unconventional lives that can serve as finger-licking fodder for K-drama-esque spectacles. It doesn’t have to solely be about external performance either. A rainbow-hued head of hair, or an ample bosom won’t guarantee an equally striking personality.

Nevertheless, Xiaxue (née Wendy Cheng, the OG blogger, the Asian Paris Hilton) has both in spades—a garishly bright wardrobe and an even bolder disposition. The no-holds-barred social media influencer is a straight shooter with extreme opinions that regularly make the headlines of local news outlets. Among her latest insults include calling Greta Thunberg, the schoolgirl darling of the sustainability movement, “cringe af”. She’s spoken against being a feminist, and ragged on K-Pop boy groups for looking like “trannies”. For heaven’s sake, the master of creating feuds has made out with a girl on camera. What more could you ask for? Whatever happened to her 2016 reality show, Wendy Vs The World, under E! Asia can find new life in Singapore Social 2.0.

Taking over as Singapore’s new “mayor” can be Steven Lim, who is no less controversial. In fact, he might outshine Xiaxue with his non-stop antics and unpredictable stunts. Just two years ago, he got himself into an Asia Fighting Championship match with bodybuilding champ Pradip Subramanian, which ended in the latter’s tragic death. To this day, no one knows if it was an accidental homicide. With a walking caricature like Steven, you can never truly tell whether he’s putting on a show or genuinely that insane. Either way, there’s no doubt it makes for good television.

Speaking of comedic personas, Hirzi Zulkiflie (currently of The BenZi Project) is a chock-full of crazed characters. One day, he’s a blonde-haired minah. The next, he’s a civil servant with a wonky Singaporean accent. Unafraid to twerk in public and always running his mouth, the extrovert could be the fuel to Xiaxue’s fire. While satire is Internet comedienne Preeti Nair’s (Preetipls) forte, the notions she conveys are highly charged—making her the subject of a police investigation at one point. Like her predecessors, she’s walked through the fire of angry netizens, proving that she’s no plain-vanilla influencer. She’s got potent opinions and she’ll be damned if she couldn’t express them. Oh, and did we mention that she raps and speaks fluent Mandarin?

Completing the collective is the larger-than-life Becca D’Bus (née Eugene Tan), who dabbles in the grotesque and flippant, and hosts drag variety show RIOT!. That name itself should give you an idea of the kind of avant-garde characters Becca gets into, alongside the outlandish, over-the-top costumes he dons. If you haven’t already realised, this man is no quiet conformist, but an outspoken activist, especially in the realm of LGBT rights.

Why This Quintet Works

None of these individuals take themselves seriously. That means they’re more likely to let loose in front of the camera. Hailing from the entertainment industry, they’re all used to being in the limelight and showcasing their kaleidoscopic personalities. They also speak the common language of comedy, in one way or another, so viewers will at the very least get a good laugh out of the new cast.

Unlike the clean-cut Singapore Social originals, each individual in this new quintet has edges, and an unsavoury side. They don’t shy away from asserting their viewpoints, and considering that most of them don’t have a filter, the show’s more likely to see altercations of the extravagant and extreme sort—the kind of drama every reality show thrives on.

At the same time, it’s not all trash talking and shit stirring. Every member of our imagined, new cast is human and genuine. As evidenced by one of Rice Media founder Mark Tan’s favourite features, Steven has a softer, quieter side that many don’t know about. In our conversation with Hirzi about toxic masculinity, the funnyman displays self-reflection and is conscious of the everyday choices he makes to empower minority groups. Likewise, Preeti addresses significant social issues through sardonic content.

To Becca D’Bus (back of the bus), whose name is a reference to Rosa Parks, “drag is a civil rights issue”. The vaguely intellectual quality of the subculture was what drew him to the art form in the first place, and its perspective can be explored deeper in the show. Beneath the pink tresses, false lashes and surgically enhanced nose, Xiaxue is a sharp-witted truth-teller who offers insightful arguments, the value of which you’ll recognise once you move past the initial click-bait. With this new cast, you’ll see the complexity and layers of each personality, all while satisfying your innate desire for the sleazy and debaucherous. Perhaps Love Productions USA, the folks behind Singapore Social, might want to reconsider the current line-up before the second season airs.

Spend
Culture
Inside Johnny Two Thumb Tattoo Studio with Jaws
Spend
Culture
Cynthia Koh on Being Alone, Social Media Fame and Negativity
Spend
Culture
What Has Social Media Done to Us?
This Is How We Would Cast Singapore Social
By Angela Low
© 2023 High Net Worth All rights reserved.
Privacy Policy | Terms of Service