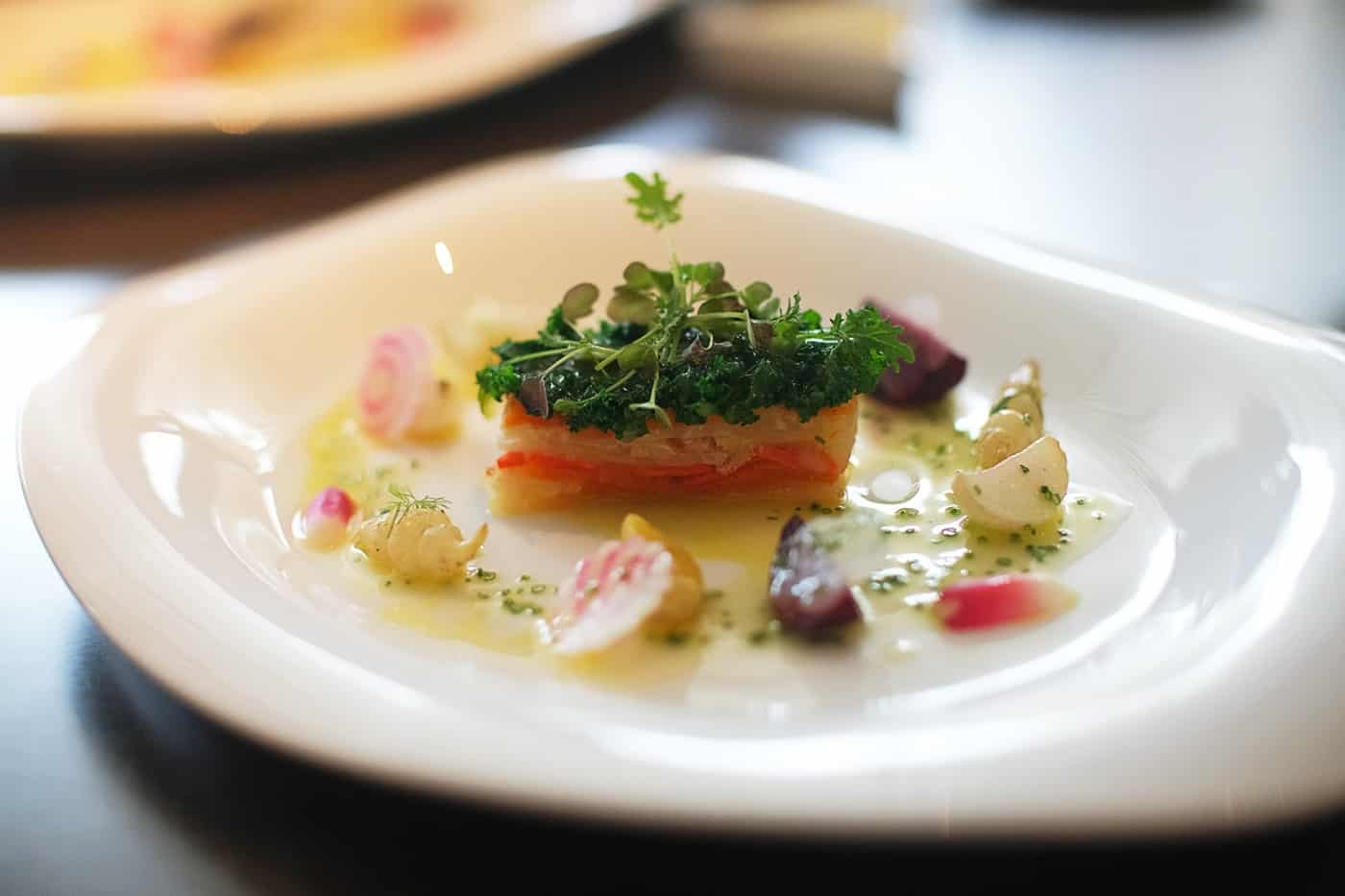 It was 9am in the morning at L’Alliance and my French professor who was teaching the basics had drawn out photos of ‘La Charcuterie’ (French for cold cuts) on the big screen in an effort to explain its stark difference against ‘La Boucherie’ (French for Butchery). It was a painter’s palette of reds, mixed in with smidgens of white as a bold representation for the French love of unadulterated debauchery. Rillettes, Pâté de Campagne, Saucisson, L’Andouilette and all the works were brought up (and not forgotten) as you relived your fondness for these saucy goods through the exasperated ‘Ooohs-&-Aaaahs’ of French tutors who probably suffered massive losses due to the pricing of such provisions after the big move.

I, for one, could relate. A summer in the French campagne was all it took to foster some deep found love. But at that very moment, as I stared at the illustrious images, it was more lust and disdain that I felt. I was one week into a meat-free diet and it was starting to feel like a much harder prospect than I had imagined.

It was also surprising when Chef Beppe De Vito agreed to cook a vegetarian degustation menu for me at his new restaurant Art (formerly Aura) at the iconic National Gallery. In between the relentless broccoli and tofu combinations, it sounded like too good an offer to turn away.

As I ascended the building, I noticed that the lift signage still breathed signs of Art Restaurant’s ancestry. What happened to Aura? I asked Chef Beppe. “Nothing”, he said, and that was precisely the problem. The restaurant functioned perfectly without any cue cards whatsoever, packing in the crowds for highly functional business lunches. But what was missing was its image as an Italian restaurant. So when the opportunity arose to revive Art, he grabbed the bull by its horns.

The menu at Art is now described as a playful exploration and evolution of Italian culinary traditions—aka Chef Beppe’s test kitchen. That became clearer once the invitation arrived, especially seeing that most other chefs would have doubts about their meat-free menu casting first impressions. Still, he wanted to make a statement: nothing is impossible with a liberated mind.

An entourage of 8 small snacks perched on unmatching plates kicked off the amuse-bouche. There was nothing déjà vu about it. In fact, I ate comfortably alongside my carnivorous friends with only two dishes being mildly altered. We nibbled on radish fingers dotted with Amalfi lemon gel and chomped down on crispy sunchoke skin choke-full of locally made burrata overturned in Sicilian pistachios. I adored the burnt cream piped atop rice tuile crackers and showered in 36 months Parmigiano Reggiano. But the Sicilian Datterini confit tomatoes set on black olive crostini got a hold on me.

I couldn’t quite place my finger on it—moreish, smooth, silky and crunchy all at the same time. I loved it and drank a glass of white wine to mask my enthusiasm. Chef Beppe’s vision for Art is a compendium of culinary knowledge that combines food in his childhood with seasonal flavours. It’s a divorce from the usual grand and delusional red carpet treatments you get at fine dining restaurants. Instead, he chooses to honour the provenance of the goods he has sourced. From the looks of it, we were just getting started.

Artichokes made their appearance, the leaves accompanied by romanesco, specks of smoked beetroot cream and a cauliflower ‘fudge’ which had an almost molasses-like finish. This was followed by the Delica Pumpkin Tortelli, pumpkin-filled parcels of joy made from organic semolina flour sourced from Puglia and served with chanterelles. The little je ne sais quoi factor was fermented Toritto almond puree for whispers of acidity that exhibited restraint.

As a beautifully crisped slice of seabass gets called to my companion’s attention, I was presented with a gorgeous terrine of root vegetables and kale. The sauce, derived from fresh apple juice and apple vinegar emulsified with extra virgin olive oil from Chef Beppe’s olive grove, was on point. Following suit, my eggplant tottered out of the kitchen before the challan duck.

I spied upon my neighbour casting green-eyed stares and offered a piece, which he devoured greedily. Chef Beppe takes the high road when it comes to creating vegetarian dishes in contrast to their meatier renditions. Appearance-wise, you wouldn’t feel like you’re missing out on much. The platings were mirror images save for the eggplant stack and silky jus that had been harvested from chinotto. Italian Tropea onions slow-cooked and eggplant caponata puree were the right supplements for the dish.

Desserts were produced with good intent and displayed even better structure. It was akin to eating tiramisu in a more charming circumstance—an untamed round of espresso crisp enclosing wonderfully creamy Piemonte hazelnut gelato, airy tiramisu cream and coffee. Like childhood dreams on steroids.

Trust Chef Beppe to take my vegetarian stunt in his stride and churn out dishes that made my neighbour sigh in envy. Regardless, the whimsical sense of playfulness still demonstrated respect for traditional Italian cuisine. It had pizzazz, great for those looking for a dining experience that has less white tablecloth and more fun.