Bugs and Insects: A Taste for the Extreme 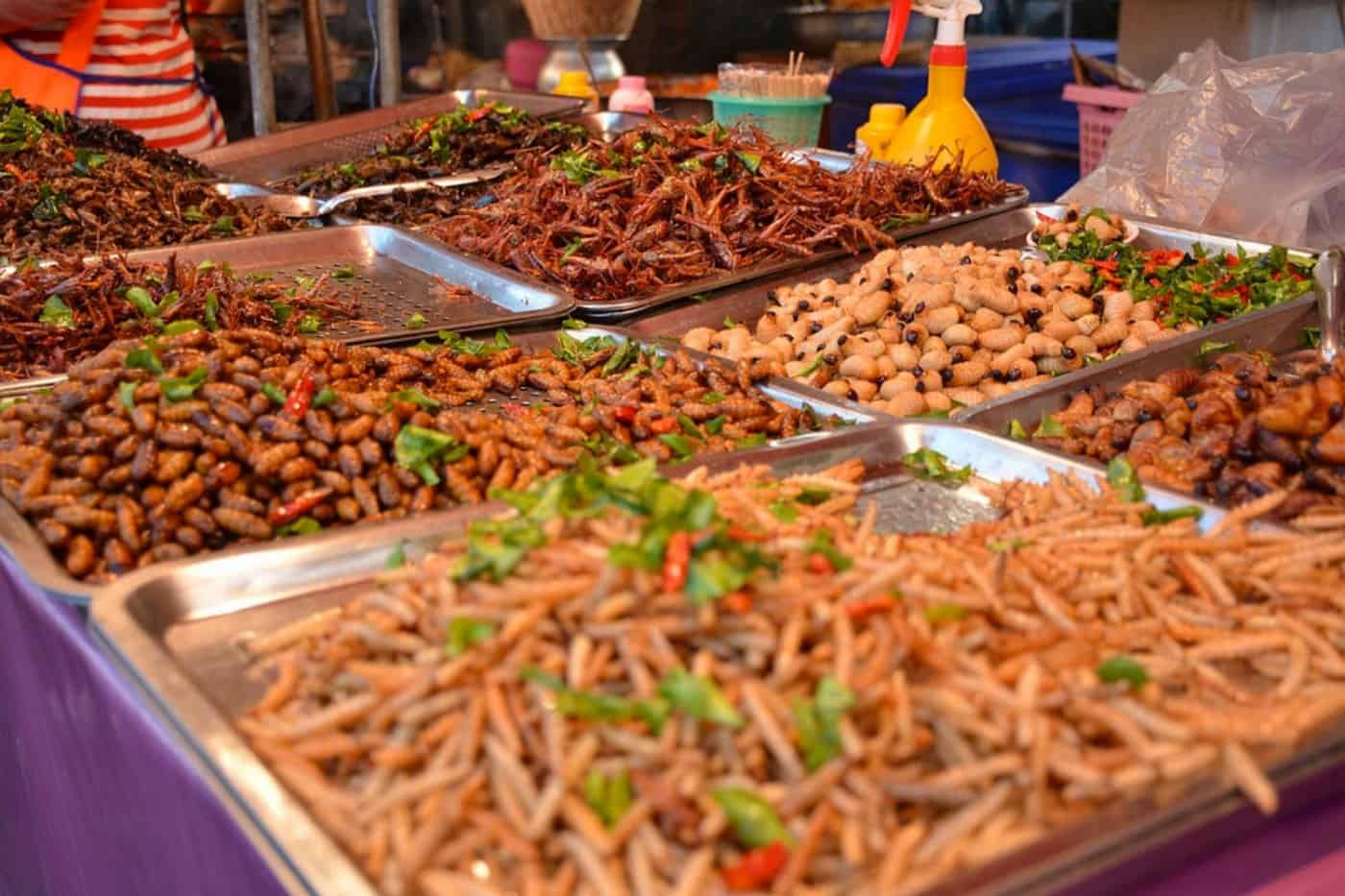 When we think of food, insects don’t naturally come to mind. It takes a fair amount of chutzpah to put a creepy-crawly into one’s mouth, but these six-legged creatures are an oft-overlooked, great source of nutrition! Sold by street vendors or in specialty restaurants all over the world, here’s a guide to filling up on on them bugs.

These little guys are packed with iron, calcium and protein. They’re said to have a citrus flavour to them, similar to lime, and I’ve personally tried them deep-fried. There was an acidic quality to the flavour and a pleasant crunchiness. A refreshing and appetising way to have them would be in a Pear Salad.

Rich in all the same nutrients as ants, beetles also contain a good amount of zinc but that depends on the type and size of beetle that you consume. Giant water beetles can serve up to 20 grams of protein per 3.5 ounce while a serving of palmworm beetles can contain as much as 36 grams. Beetles are a street snack in China, and are deep fried on sticks—to some, they’re considered a delicacy to.

A good source of unsaturated fats according to the Food and Agriculture Organization of the United Nations, these common garden critters can also be served in similar style to beetles and are usually found in the streets of Thailand. They’re known to carry enough proteins in a 3.5 ounce serving sufficient for the 30-60% required in the average woman’s daily diet or about 23-50% for men. Now who would’ve thought that so much energy could be extracted from such little insects!

Aside from the usual proteins and irons, these creepers also provide potassium. In fact, a serving of the mopane caterpillar (found in China, Thailand, Myanmar and Vietnam) is said to provide a quarter of our daily potassium requirement, plus 100% of our essential copper needs.

Centipedes are known for a few uses and one of them is medicinal. The toxicity in its venom is often used as an ingredient for countering for certain viruses and is at present used to treat certain cancers and tuberculosis. In certain cultures, it is also soaked in alcohol and drinking the concoction is said to be an aphrodisiac!

These arachnids are said to be as nutritious as meat like beef and even eggs. This is another unusual delicacy that I’ve tried fried in a crab cake and it was crispy albeit slightly bland in flavour. You’ll find them most commonly served, kebab style.