In Shenzhen, Ensue Pushes for a Revival 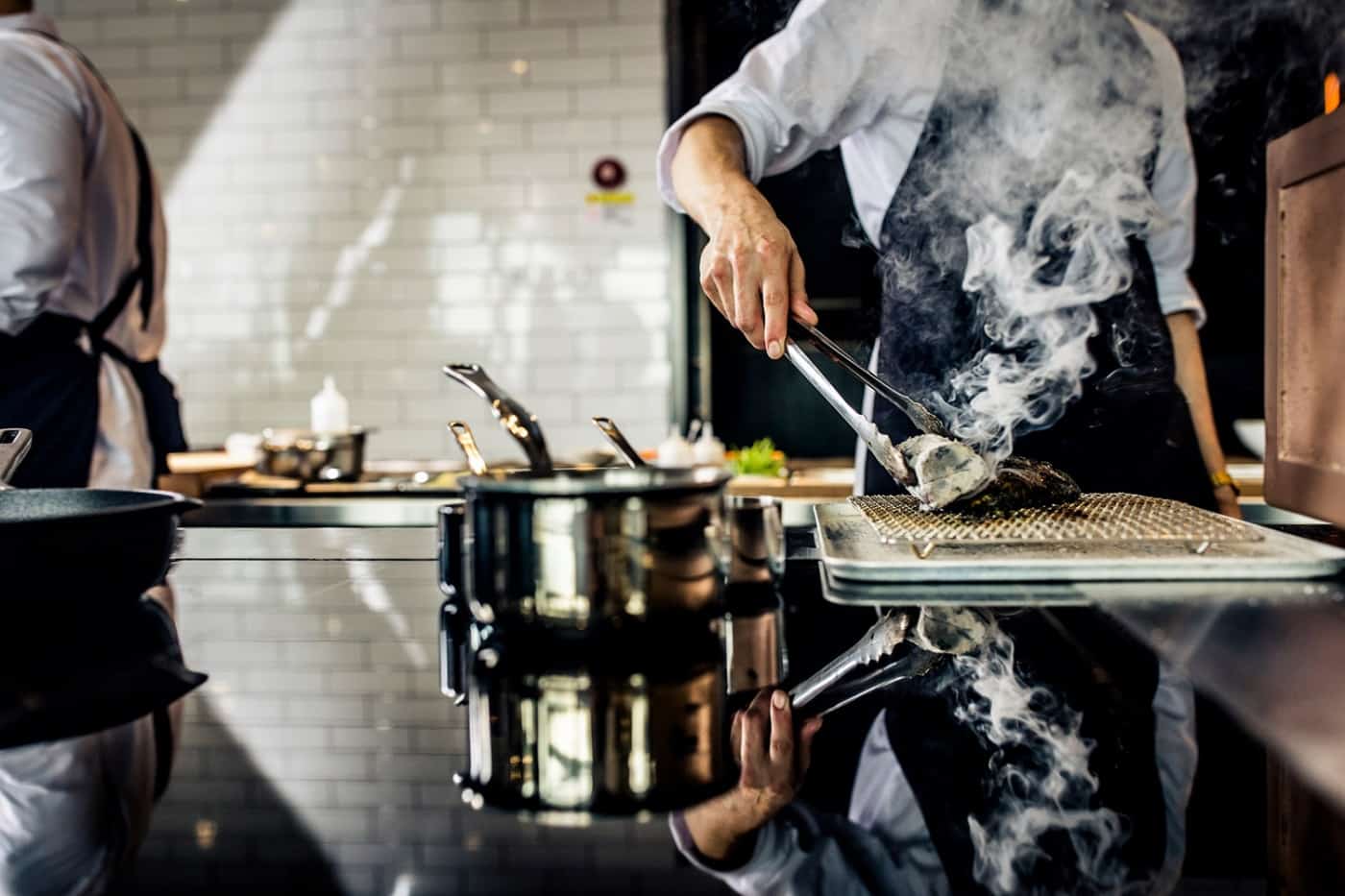 I’m not one to play the blame game or take sides, but it’s getting ludicrous when I hear comments like, “Be careful, it’s Made in China. There could be the Wuhan virus in there!” Call it misinformation or plain ignorance, but such statements should not be tolerated. In fact, we should be celebrating the resilience of the Chinese people and their sacrifices made in this outbreak. Chinese Communist Party’s propaganda efforts aside, the government’s implementation of drastic measures to contain the virus from the get-go is admirable.

As efforts to breathe new life into the economy are underway, even restaurants are reopening their doors. 7-month-old Ensue, in Shenzhen, had barely found its footing before it was forced to bear the brunt of the crisis. But two weeks ago, they started taking reservations. A $US7 million-dollar investment funded by 26-year-old Ricky Li of investment firm Dingyi Group; Ensue is chef Christopher Kostow’s first endeavour outside California’s Napa Valley. His credentials include being the youngest American-born chef to earn three Michelin stars at the tender age of 33 at The Restaurant at Meadowood, and consistently maintaining that culinary honour for over 9 years now.

One night in November last year, I stumbled out of Ensue and thought it was one of my best meals of 2019. Chef Kostow takes the same Californian farm-to-table culture to the Far East, blending his adoration for local produce with Cantonese tastes and ingredients. The tasting menu unravels with a cleansing welcome tea of roasted buckwheat with aged citrus peel. It’s aligned with the decor, a plush orchestration of Western and Asian influences by New York-based Chinese designer Chris Shao. In daylight, Chinese inflections from pitched shingled ceilings to a majestic ceiling pendant depicting gingko leaves and blossoms are apparent. But come nightfall, the vignetting sets the tone for a quiet night in the Californian mountains except for natural light disturbances from the nearby skyscrapers. There’s a certain romanticism to this—like a ‘Lost in Translation’ moment that sentimentalises dislocation and solitude.

Here at Ensue, it’s easy to make the food the centre of your attention, but some take it too far. A table of four young, smartphone-welding, WeChat millennials spends the breaks between courses documenting their culinary escapades on the internet rather than engaging in any actual conversation. Through this, one gains a better insight into the dining maturity of the city. Despite living a life in the fast lane, the development of dining trends has been sluggish. Global fast-food chains have had their moment and only recently, more creative dining concepts have found their feet. Ensue falls in the ranks of the upper echelons, with exquisite tasting menus paired with a sturdy wine selection. It’s no wonder the young and affluent are flocking there.

The thrill begins the moment the amuse-bouche lands. Tea smoked river eel from Guangdong wrapped in nori, and then charred celtuce wrapped scallop poached in Chinese superior stock. I’m enamoured by the tidbit of fermented fried potato dusted with gingko nut and lime leaf powder, a schemer of garlic mayo references the pervasive tater tot. The penchant for aesthetics shows in the chestnut stuffed tart, with a lavish shower of winter black truffle forming a pyramid.

Sommelier Della Tang tips a 2015 Sattlerhof Serbauberg Sauvignon Blanc 2015 into a slender stemmed glass. It’s a bouquet of candied peaches, fields of white geraniums in full bloom. A bit of a wild child that further articulate the following two dishes. Eastern China-sourced razor clams are braised in a Szechuan emulsion, extracting its lemony and floral characteristics without overpowering the delicate mollusc. The second is a horse mackerel, in a light acidulated pool of fermented green tomato juice, flecked with aged mackerel fats. It’s incredibly clever and the Asian accents are unmistakable.

The beluga caviar from ‘The lake of a thousand Islands’ (千岛湖) shines prominently atop smoked sturgeon custard, kabocha squash and cashew yoghurt foam. I approach the dairy-free cheese with caution, but it has acidity and vigour. Driving the taste dynamics further is the pairing of François Mikulski’s 2007 Meursault ‘Charmes’, a satin-textured and buttery tipple with a distinct brioche character from ageing. I’m trying to avoid being too effusive, but it’s a real stand-out.

The next dish comes in the form of perfectly deshelled pieces of king crab topped with hairy crab roe with the apparent aromatics of Shaoxing wine. Timely, since I had missed the hairy crab season. What follows after doesn’t deviate from the theme of locality either. Grilled abalone from Dalian is served with its own liver sauce and charred eggplants further poached in clarified butter. The intense umami flavours are mitigated by the silky smooth tannins of the 2013 Robert Groffier Bonnes-Mares Grand.

One of chef Kostow’s regular dishes on The Restaurant at Meadowood’s menu—the chicken baked in bread—is given an Asian slant with sea whelks and seaweed instead. Both wakame and kombu are baked into the sourdough to create an umami explosion. The waiter pulls the top layer of the bread gingerly to reveal the taut skin, a shade of cosmic latte. He portions out a sliver with a side of bok choy and compliments that with slices of bottom bread sodden with chicken juice.

The poultry offering continues with the free-range duck. Sourced from Guangdong and aged in house for two weeks, the bird’s skin is a deep, appealing shade of char siew with almost a similar stickiness derived from repeated basting of rice caramel sauce. Sides come in grilled gem lettuce and water chestnuts (which I first thought were macadamias). Bringing it all together is a spiced Angelica root jus that thickens against the duck.

I wish I could remember the sweets, but the rest of the night elapsed in a merry blur, bombarded by punchy reds and rum-fuelled cocktails. How chef Kostow has managed to integrate himself with such ease into a society unknown, across the world, without over-engineering or hard-selling his ideals is laudable. It’s a concept that uses local produce, yet with a deft appreciation for the Chinese culture that doesn’t try too hard.

“As China gets back to a sense of normalcy, people are still hesitant about eating out. So it’s tough for the restaurant scene here. There are still a lot of precautions in place that can be tedious for the diner but some are brave and will make the trip. By the end of the month, all places who survived will be open for regular business,” asserts Head Chef Miles Pundsack Poe. “I believe that only time will heal the certainty of our guests.” I, for one, hope that Ensue will rise above the current challenges caused by the coronavirus outbreak. Even in tough times, one still has to eat, right?